"Given the extraordinary challenges raised by the coronavirus, Netflix has decided to begin reducing bitrates across all our streams in Europe."

That's an extract from Netflix's statement, after its CEO Reed Hastings met with the European Commission and agreed – along with YouTube – to lower the quality of its streaming services, to take pressure off European internet providers, which are being stretched by people working from home and needing online access.

The business news is again dominated by COVID-19 stories – from bitrate adjustments to factory shutdowns and warnings of losses as high as 60 percent – it's a grim scene, even as governments scramble to bolster businesses and their wider economies.

It doesn't seem like any sector will escape the lockdown and its consequences, but the retail and entertainment industries are bearing the brunt of closures and redundancies for the moment. Not that there aren't bright spots – our video today features a Michelin Guide restaurant that's not afraid to try something new in these trying times.

And we spoke to David Bailey (not that one) about the automotive industry and how its recovery may take shape in the coming months. Do make sure you scroll down to read it.

Have a good weekend,

Austria's Tyrol region has been designated a high-risk region and the ski resort of Ischgl is under lockdown, after hundreds of cases in Scandinavia and Germany were traced back to it.

The European Union is preparing plans for an "airlift" to bring masks and medical equipment such as ventilators to the bloc from China. Plans revealed by the internal market commissioner, Thierry Breton, were drawn up as border closures have disrupted trade routes, as we reported yesterday.

Swedish car brand Volvo says its Chinese business is back to normal, after factory and salesroom closures forced by the COVID-19 outbreak. But it has now announced its European operations would be closed until mid-April.

Jaguar Land Rover has closed its UK plants, following the move by U.S. car giants Ford and General Motors to shut their U.S. manufacturing sites due to the pandemic.

Australia has become the latest nation to offer help to those paying off mortgages and for small businesses threatened by social distancing measures used to combat COVID-19. Anyone who loses their job will be offered mortgage help, and $58 billion worth of small business loans have been deferred.

U.S. senators Richard Burr and Kelly Loeffler sold a combined $4.8 million of stock in February, after a confidential meeting on the novel coronavirus, Congressional records have revealed. The stock was sold a short time before global stock markets crashed, and a trillion dollars were wiped off stocks.

Fast food chains such as Subway and Dunkin' Donuts have waived or reduced franchise rent payments for March and April, following the social distancing recommendations in the U.S. McDonald's is understood to be in talks with franchises about reducing payments.

InterContinental Hotels Group, which also owns Holiday Inn, has announced cuts of more than $100 million due to a drop-off in global bookings and an expected revenue dive of 60 percent.

China is keeping its loan prime rate (LPR) unchanged amid the coronavirus pandemic. The one-year rate is the same from the previous monthly adjustment. That's 10 points lower than it was at the end of last year. The five-year LPR remains at 4.75 percent.

French retail group Casino has sold 567 Leader Price discount stores and several warehouses to German budget retail rival Aldi, in a deal worth $788 million. It is designed to take pressure off the debt-laden firm.

UK pub chain Wetherspoon has controversially argued with government advice to avoid crowded areas, with boss Tim Martin saying his bars would remain open, "even under extreme duress." He added that social distancing was a "tactical error."

With much of Europe self-isolating, the food and drinks sector is taking a big hit – and people are losing their jobs. To get around this, one Michelin Guide restaurant in Scotland has started a delivery service. 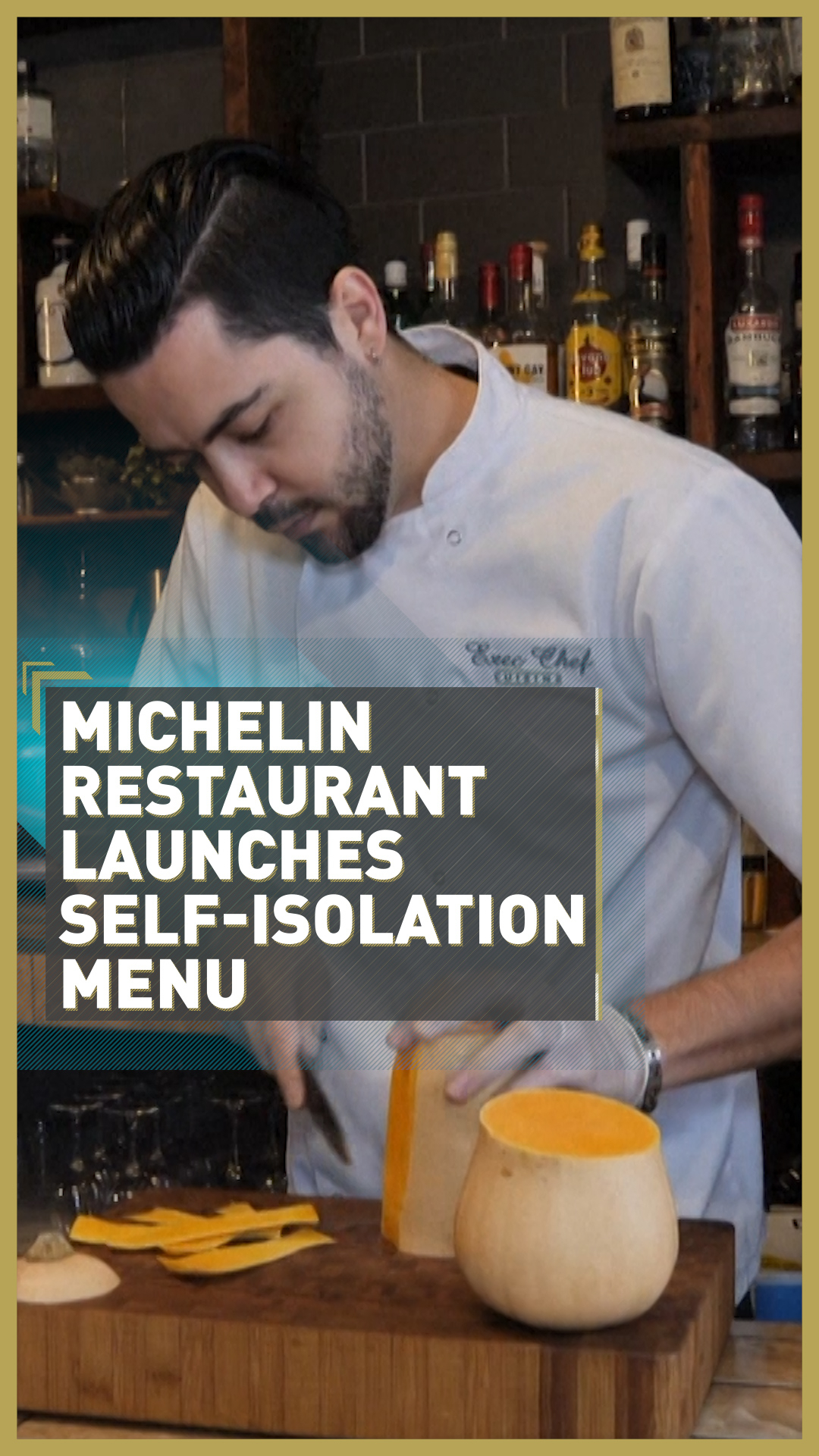 David Bailey is professor of business economics at the University of Birmingham, specialising in automotive manufacturing. He spoke to CGTN Europe about the effects of the COVID-19 outbreak on the global car trade and what we're likely to see from the sector in the months to follow.

Let's start with the good news, first of all, very positive results for Audi in 2019.

Yes, of course. 2019 seems like a century ago, but they were good results in what was a challenging market. So, markets were stagnating around the world and yet Audi delivered some good results. Deliveries were up, profits were up. Their operating return was good, the core sales of the core Audi brand did well and they performed well in terms of their top-end models and their sports utility vehicles.

On top of that, they've delivered this program, which has taken out about $2.5 billion in costs. So they've improved their bottom line. So, overall, this was a very solid performance indeed in 2019.

Can you give us a snapshot of the chaos that COVID-19 is having, not just on Audi, but the whole global motor industry?

I've never seen anything like it. Of course, this began in China and much of the industry was shut down there. Sales in China in February fell by about 80 percent. That had a big impact on companies around the world. Jaguar Land Rover sales in China were down 85 percent.

The virus has sadly since spread to Europe in particular. That's had an impact on car plants and also component manufacturers. And that shutdown is extending to car makers across Europe and in a very big way here in the UK, where I'm based, for example, the entire mass industry is now shut down.

So, I think we are going to see a big hit to sales where that demand has collapsed because of people not having confidence about the future, not being able to go to showrooms.

But also disruption on the supply side, with supply chains getting disrupted. So it really is a remarkable situation, a very distressing situation for many workers as well.

Can you take us into the mind of a boardroom of a company like Audi or any other that comes to that? I mean, surely the guys running these companies must be thinking, even if it's just for a few moments. Do you know what? Our company is just too exposed to fragile global supply chains. We need to think about something that is more resilient and more local?

I think that we'll be going through them, I mean, one of the lessons from the Japanese earthquake and tsunami back in 2011 was exactly that.

That some key components couldn't be moved from Japan to Europe and companies like Honda had to shut down. I think seven weeks in that case, Nissan actually did better because it had more in the way of local sourcing.

But what I mean by that is local sourcing from Europe through its links with Renault. Now all of Europe is affected. So even if you had a localized supply chain, there would still be this effect because the virus is spreading so quickly throughout Europe. I think what this really does throw up is that those car makers, which are marginal, are going to be even more exposed.

So I think it will speed up consolidation in the industry. And if the European industry is left weaker by this afterwards, we may see even more penetration by Asia-based companies into markets worldwide.

Who do you think is most fragile here? What is this new landscape going to look like on the other side of this crisis? To be blunt, who's going to go to the wall?

I'm not going to forecast who is going to go. But what we've seen already, remember, is that the industry is having to transform itself and invest very heavily in new technologies, particularly electric cars.

So, companies already struggling both with the state of the market, even before this crisis hitting and the need to spend very heavily. So we are going to see more in the way of mergers. We've seen already Peugeot and Fiat line up. I can expect Jaguar Land Rover to have to collaborate even more with the likes of BMW.

And I can see Chinese companies in particular look to acquire companies around the world. So, I think it's going to speed up the whole process of consolidation in the industry.

Let's look at the other end of the supply chain. We've talked about companies having difficulty getting components around the world. But let's look at the buyer looking at the news tonight and thinking, you know what? This isn't gonna be the year that I buy a new Audi.

Well, I certainly think people will be postponing decisions. If you've got a car, usually, unless it's literally broken down, you can extend keeping the car for longer and make do with it. So these may well be lost sales that are not recovered. And that is going to have a big impact on some of these companies because it means they're going to lose a lot of cash.

There's a big problem for them. It's a huge uncertainty as to how long this is going to take. Governments are going to have to do more and more to support the manufacturing base. So we've seen governments around Europe, with the exception of the UK, step in, for example, to essentially pay wages.

And that's about trying to keep the capacity in place so that companies don't lay off workers. I think the UK is going to have to follow suit and other countries around the world will look at doing something like that.

In the longer term, there may be measures that need to be taken to sort of bolster the market. But if we think back to the last global financial crisis, some of the things that governments did like scrappage schemes, whereby people got money to trade in their cars and buy new ones, that may not be appropriate right now.

We're trying to socially isolate people. We don't necessarily want people going into showrooms because that's gonna spread the virus. So we have to think about different approaches. And that kind of "cash for clunkers" thing may be something for later on. But, clearly, I think there are going to be big questions about which parts of the car industry survive and how governments are going to help it.

Below is the latest of our daily updates to the COVID-19 pandemic numbers. For more on the pandemic and its effects in Europe, sign up to our dedicated briefing here: https://cgtn.us4.list-manage.com/subscribe?u=231a2ddce671f735fae201c97&id=25ad8c1494