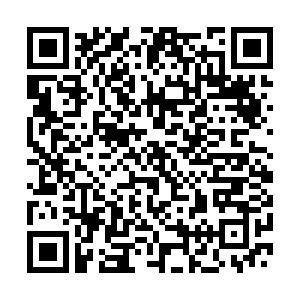 "I would like to inform you that I have tested positive for COVID-19. I am doing well and in good spirits."

Businesses across Europe and the UK in particular will have been shocked to see Michel Barnier, the European Commission's chief Brexit trade negotiator, announce his positive COVID-19 result on Twitter. Although British leader Boris Johnson said on Wednesday he doesn't think the pandemic will be a reason to extend the so-called transition period, he may be forced to change his mind – and therefore extend the period of uncertainty for companies.

As you may expect, COVID-19 is still dominating the news in Europe, and around the world.

The European Central Bank is manning the pumps now and is expected to inject more than a trillion dollars into the eurozone to shore up its beleaguered finances. Individual states are making similar efforts, with the Norwegian government today announcing "there is no limit" to the central cashflow.

Also reacting to the dire situation are car makers and manufacturers – such as Japanese firm Nissan and supercar sports brand Mclaren – which have begun producing medical ventilators to prop up the UK healthcare system.

And a further sector has today put out warning signs. The advertising industry has warned that the cancellation of global events such as the Euro 2020 football tournament will heavily impact it – quite simply because if no one is watching, brands will pull out their dollars.

For a deeper look at the reasons behind the novel coronavirus pandemic, and similar outbreaks, do watch my colleague Daniel's video below.

And finally, do you remember a time before COVID-19? I do, but perhaps only because I made a graph today comparing 2019 construction levels across Europe – showing the growth since 2018. You can see it at the bottom of today's briefing.

German car manufacturer Volkswagen halts production at its plants in Germany, Slovakia, Spain and portugal due to interruptions in the supply chain and a decline in demand caused by the COVID-19 pandemic. The suspension comes into effect from the end of the late shift today and is initially in place for two weeks.

The European Central Bank is to print more than 1 trillion dollars this year to stem the COVID-19 rout. It will also start a $770 billion bond-purchase scheme to try to stave off disaster in the markets as Europe is locked down.

Norway's parliament has agreed to further measures to prop up the Scandinavian economy including cutting payroll taxes and giving more cash to local authorities. "There's no limit to the money," according to lawmaker Svein Harberg.

Deutsche Bank said it expects the German economy to fade by a much as five percent in 2020, due to COVID-19 shutting down large parts of the economy. Production is expected to drop by around 10 percent.

The Petroleum Association of Japan has warned producers and refiners may need to cut production and delivery to react to falling oil prices. Jet fuel is a big concern due to the lack of airlines running flights.

French economy minister Bruno Le Maire said pressures being heaped on French Amazon workers is "unacceptable" after staff complained the U.S. web giant made it hard for them to take time off during the pandemic.

Car brands McLaren and Nissan have turned their factories in the UK to producing medical ventilators, to support the country's health system – following a plea from health minister Matt Hancock to tech and manufacturing firms this week.

Oil prices rose nearly three percent on Thursday after a three-day sell-off sparked by the spread of the coronavirus and a market battle between Saudi Arabia and Russia. The dual-threat to oil markets sent per-barrel prices to their lowest in 17 years.

Food supplies have already been disrupted, after several EU member states closed their borders to help stop the spread of the novel coronavirus. Food and drink industry representatives, as well as European farming groups, told the European Commission: "We welcome the recent Commission guidelines on border management as a good first step. Despite these guidelines, however, we continue to face severe disruptions."

Advertising firms such as WPP, Omnicom, Publicis and IPG could be facing big losses as events such as the Euro 2020 football tournament are postponed and the Olympics and Tour de France are looking in doubt. "All the media agencies globally are being told by their clients to cancel their spend," an executive from LONDON Advertising Agency told Reuters.

Bosses from Germany's Lufthansa have warned the entire airline industry could collapse amid the viral pandemic, as Australia's Qantas told its 30,000 worldwide staff to take leave. Industry body IATA has forecast the sector will need up to $200 billion of state aid to stay afloat.

From Swine Flu to COVID-19, the 21st century has witnessed six global health emergencies declared by the World Health Organization (WHO). Many scientists now believe that, not only are these crises increasing in frequency, but also fighting them will become the "new normal." 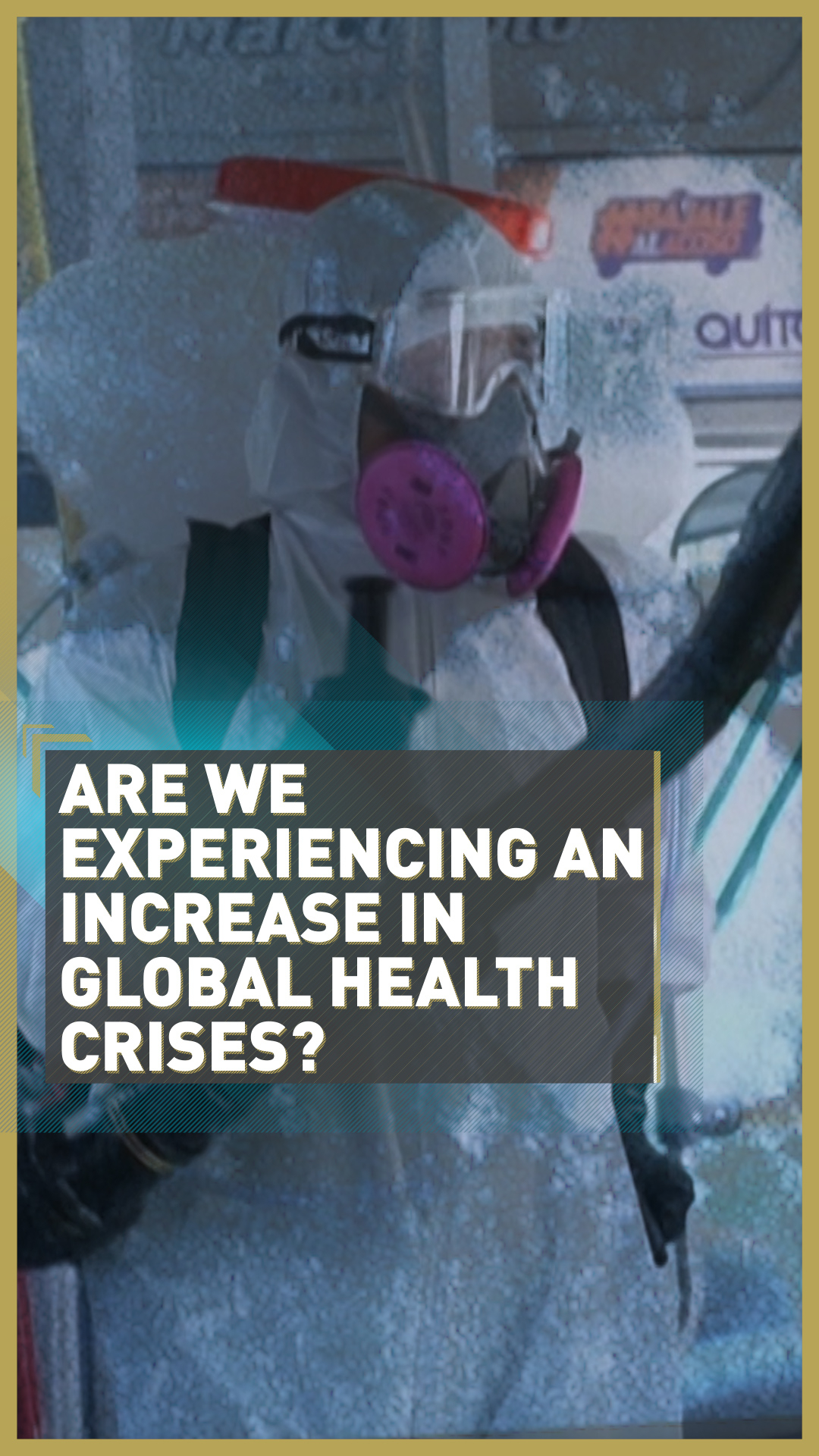 Carina Perkins, managing editor of The Grocer, spoke to CGTN Europe about the issue of public stockpiling – and reports that online shopping and delivery operators like Ocado are hitting the upper limits of their operations as people self-isolate, but keep shopping.

What kind of actions are the big supermarkets taking to combat panic buying? And do you think they're working?

We've seen a lot of the retailers imposing restrictions on the number of products that people can buy. That started with a very in-demand stock.
So, things like toilet roll and hand sanitizer and long-life milk, that has now expanded across quite a lot of other products in a bid to try to keep stock on shelves.

We've also seen some of them scrapping promotions and multiple ideals. And, again, that's just really to allow them to handle stock. And they are working. We're still seeing a fair amount of empty shelves. That's primarily due just to sort of unprecedented demand.

And so, the supermarkets are now changing the opening hours. They're the ones that were open for 24 hours and are now shutting overnight to allow staff to restock the shelves. And we're really not seeing any big impacts on supply yet. So there are some issues still with empty shelves, but they're doing everything they can to improve their situation.

You said there are still some issues from more increased checks at borders across Europe. Do you think shops will still be able to get supplies that they do need to restock shelves?

Everything we're hearing is that, even in areas where there's lockdown, such as Italy and Spain, food is still moving, food supplies, people are still going to work. We're not hearing of any major, major problems with supply yet. But, obviously, there might be some difficulties with haulage if there are increased checks at borders or as it going into areas that are in lockdown.

Certainly in the UK, we're not hearing of huge supply difficulties, but it's just that we're going to have to keep an eye on going forward.

I know that you deal with a whole variety of shops from big to tiny. From your experience, because we are always only focused on huge supermarkets, are small retailers and grocers facing any difficulty getting hold of stock?

I don't think anyone is really struggling to get hold of stock with the exception of things like hand sanitizer, where there was such immediate unquestioned demand, but a lot of wholesalers and producers... and even we've heard of distilleries in the UK, are now switching to hand sanitizer production.

The issue with empty shelves is really a demand issue. And, from what I'm hearing, independent and convenience stores haven't been as badly hit by that.

People have been going to the big supermarkets to do this big stockpiling shop. So at the moment, availability in the smaller stores is still relatively good. From what we're hearing.

Can the delivery sector keep up with the demand?

I think they can and they will. But people are going to have to be a little bit patient. They're doing everything they can to manage the demand.

We've seen some of the big, big supermarkets now expanding their online availability and click-and-collect from their stores. And so I think that they will manage the demand. People are going to have to be patient.

And some of the biggest of those are now requesting that people go to the store when they can to make sure that delivery slots are available for those who need them, such as those self-isolating or the elderly and vulnerable.

And what about the number of drivers? Do you think that's going to be an issue for these delivery companies?

Staffing is going to be a big issue across the supply chain. I think that's everyone's biggest concern at the moment, because obviously if you've got a high level of staff off sick or people self-isolating, they're going to be concerned.

But I know that the industry is working very closely, especially here in the UK, with the government now to come up with contingency planning around that. So, I think people can be confident that food supply will continue, but they just need to be patient.

Today's graph is a look at how the European construction industry was performing before the COVID-19 outbreak. The chart shows the growth or shrinkage in the final quarter of 2019, compared with the same period in 2018. 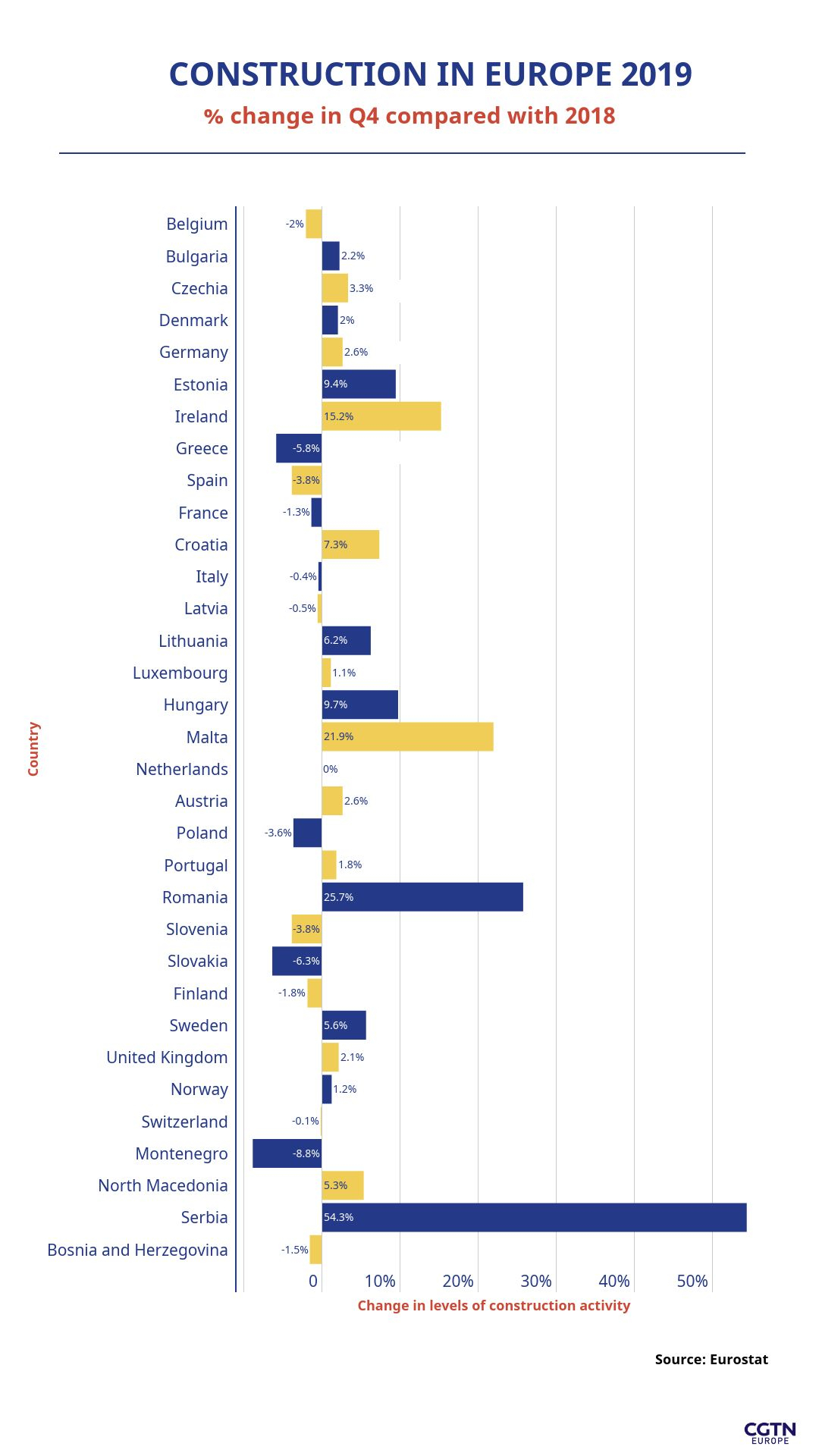