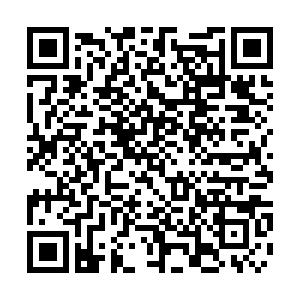 "It doesn't seem like anyone is getting on a plane anytime soon and with social lockdowns likely to remain in place for at least a month, oil seems like it has only one direction to go."

That is the rather bleak outlook of Edward Moya, senior market analyst at OANDA, as oil hits a 17-year low. But as global economies continue to react to the COVID-19 pandemic, oil is perhaps the biggest loser.

Another sector hit hard is car making – we spoke to Nicolas Peter, a board member at BMW, earlier today as he tried to put on a brave face amid the lockdown. You can read the whole interview below.

Across Europe, the coronavirus contagion is really the only story. EU leaders are today discussing whether to unleash the $543 billion European Stability Mechanism, as Spanish prime minister Pedro Sanchez hopes for power to produce an emergency budget and the new Bank of England governor splashes the cash to keep businesses afloat.

There are other stories out there, though, if you search hard enough. One of those is Chinese tech giant Tencent, which said it grew fourth-quarter 2019 profits before the outbreak. And Toyota which, despite the global automotive downturn, has signed a new deal with Chinese start-up Momenta to make progress toward self-driving cars.

In today's video, I've highlighted a brilliant feature on the history of beer, figuring everyone might need some light relief (even if the first instalment is focused on the "Black Stuff.")

European leaders are debating whether or not to use the $543 billion European Stability Mechanism – an emergency fund held by the EU – to battle COVID-19. One solution could be ESM lines of credit directed to the most in-need member states.

As more cases of the novel coronavirus are diagnosed across Africa, several countries including Kenya, Rwanda and Ghana have closed schools and limited social interaction, hoping that acting early will limit cases.

The chatter today is around the U.S. crude oil price, which has lost an astonishing 13 percent today and is now valued below $25 for the first time since 2003. Traders have told CGTN Europe it is possible that oil could fall to $20 by the end of this week.

State-backed French investment bank BPI is "offering a bridge of cash to get through this [COVID-19] nightmare," according to its head, Nicolas Dufourcq. BPI is using zero-collateral loans, and state-backed guarantees to allow lenders to keep supporting the economy.

Stil in his first week on the job, Bank of England governor Andrew Bailey said the central bank is ready to unleash unlimited cash into the UK's monetary system via short-term bonds sold to large companies. "We didn't put a limit on it  because... we don't know," Bailey said.

Canada and the U.S. have agreed to close their 8,891 kilometer border to help stop the spread of COVID-19. But, according to a tweet from U.S. president Donald Trump, trade will "not be affected," as the restriction will apply to "non-essential traffic."

Several high-profile UK property funds have stopped trading due to COVID-19 battering global markets. At least $12.5 billion of investors' funds are now thought to be "trapped" because, as one commentator put it: "What's the valuation of an office if no one can get into it?"

Spain's prime minister, Pedro Sánchez, has called for an emergency budget to improve the nation's welfare system as the pandemic threatens serious harm to the Spanish economy. Sánchez said the new budget should also help "reconstruct" the economy after the crisis.

Argentina's soya farmers have put down their tools in protest at President Alberto Fernández's increase in export taxes on the legume. They have also threatened to drive to the capital if he doesn't reverse the increase.

Sydney-based Oil Search has slashed its planned spending by as much as 40 percent, due to the ongoing freefall in the per-barrel price of crude oil. It described the situation as a "a struggle for survival," as the Russian and Saudi-dominated disagreement impacts the global oil trade.

The CEO of second-tier Leeds United Football Club has called on the Premier League to confirm the "sacrosanct" policy of promotion to and relegation from England's top league, after some mooted the idea of voiding the season as COVID-19 has postponed so many games. KPMG estimated clubs stand to lose at least $1.3 billion if no more games are played before August – when next season starts.

Japanese car maker Toyota has partnered with Chinese autonomous vehicle start-up Momenta in an effort to build high definition maps and aid the process of building self-driving cars and routes in China.

Tencent Holdings has reported strong profit growth in the fourth quarter of 2019, mainly thanks to its games and fintech arms. Its WeChat Pay service is said to have processed a billion daily purchases in 2019.

More than 13 million pints of stout are usually sold on St Patrick's Day, but how did it become such a worldwide success story?
We take a look at one of Ireland's most successful exports: stout. Find out where it was first brewed and how a tax break changed a key ingredient that led to Guiness dominating the global market.

One of the first industries hit by the COVID-19 outbreak was car manufacturing, as so many vehicles are made in China. But as the virus spreads and effects global economies, how is the wider sector faring? CGTN Europe spoke to Nicolas Peter, a board member at German car brand BMW.

How bad is the pandemic for BMW?

First of all, BMW had a strong last quarter of 2019. We were well on track in January this year. And, of course, like all our competitors, we were hit by the crisis a couple of weeks ago. We took immediate action adjusting.

First, our production in China. And today, we've announced that we are going to shut down in a very structured way our plants in Europe and South Africa. This is, from my perspective, clearly indicating [something] similar to the financial crisis back more than 10 years ago. We have very strong and efficient crisis management, mainly focusing on liquidity, maintaining profitability. And, of course, in this case, which is a very specific case, taking care of all our employees.

Give me some very specific figures. I'm guessing sales have dropped off a cliff, haven't they?

A very strong start into the year, strong January [but] February, of course, a sharp drop by more than 80 percent. However, in March, we already see a recovery of the market. While most of our dealers were shut down in February, as we speak right now, more than 90 percent of our dealers are open again and taking care of our customers.

That may be the position in China, which was first into this crisis, but I would suggest that China and Europe are only just beginning their journey and there will be profound impacts?

And today we forecast a worldwide drop in our sales as well as a drop-off in our margin of around 4 percent compared with our initial guidance, which means 2 to 4 percent.

Now the suggestion is that Coronavirus will inevitably mean a global recession. What will that mean for BMW and other companies like yours?

Well, of course, from my perspective, it's too early to exactly say what does it mean from a global perspective for our economies around the world.

However, we are probably one of the manufacturers handling the financial crisis the best more than 10 years ago. We were able to post, in the most difficult situation, a financial crisis, a positive result and neutral free cash flow.

So, we have plans in the drawer to exactly react in the right way, meaning to manage. You have a strong focus on working capital management. This is exactly why we've decided to shut down our European plants for four weeks. And, of course, we will reinforce our efficiency program performance.

Next, will it impact our business? Of course, as most of the dealerships in mainland Europe are shut down as we speak. However, we are in the middle of the crisis, but we have already plans how to act once the crisis is over in order to regain as fast as possible momentum.

Are you one of those manufacturers who must be thinking, given this enforced slowdown, this enforced closure of the diesel petrol production and hybrid production simply stops and you say, right, we've got a closure. This is the moment just go for electric and just do it with this opportunity?

Well, I think this is a really strategic question, and we are absolutely convinced that our strategy is the right strategy moving forward. Why? Because the living conditions, the mobility needs in the different areas around the world are completely different.

So we will have on one hand side a growing share of electrified cars. If you look to Europe, for example, we are absolutely committed to achieve our CO2 targets in 2020, which means we will significantly grow in selling electric cars in Europe and in other markets of the world. On the other hand, it's extremely important as well to further improve the efficiency of our combustion engines. And this is exactly what we do in order to reduce overall our CO2 footprint.

Not everyone will be in your strong financial position. This is the moment, isn't it, when we're going to see weaker parts of the industry fall away. Who might those be?

Well, this is this. This is. I'm 100 percent focused on running our organization as BMW group, we've gained segment share in 2019. We were well-prepared to gain further segment share in 2020. I'm still optimistic that we will gain segment share whatever the market will be in 2020. I'm forecasting a more difficult first half of the year because, as you rightly said a little bit earlier, first the crisis was hitting China, now Europe... So this will definitely impact in a significant way the first half. But, as I said, we are well prepared as well for the period after the corona crisis. And I'm optimistic that we will continue to make a difference to our competitors. 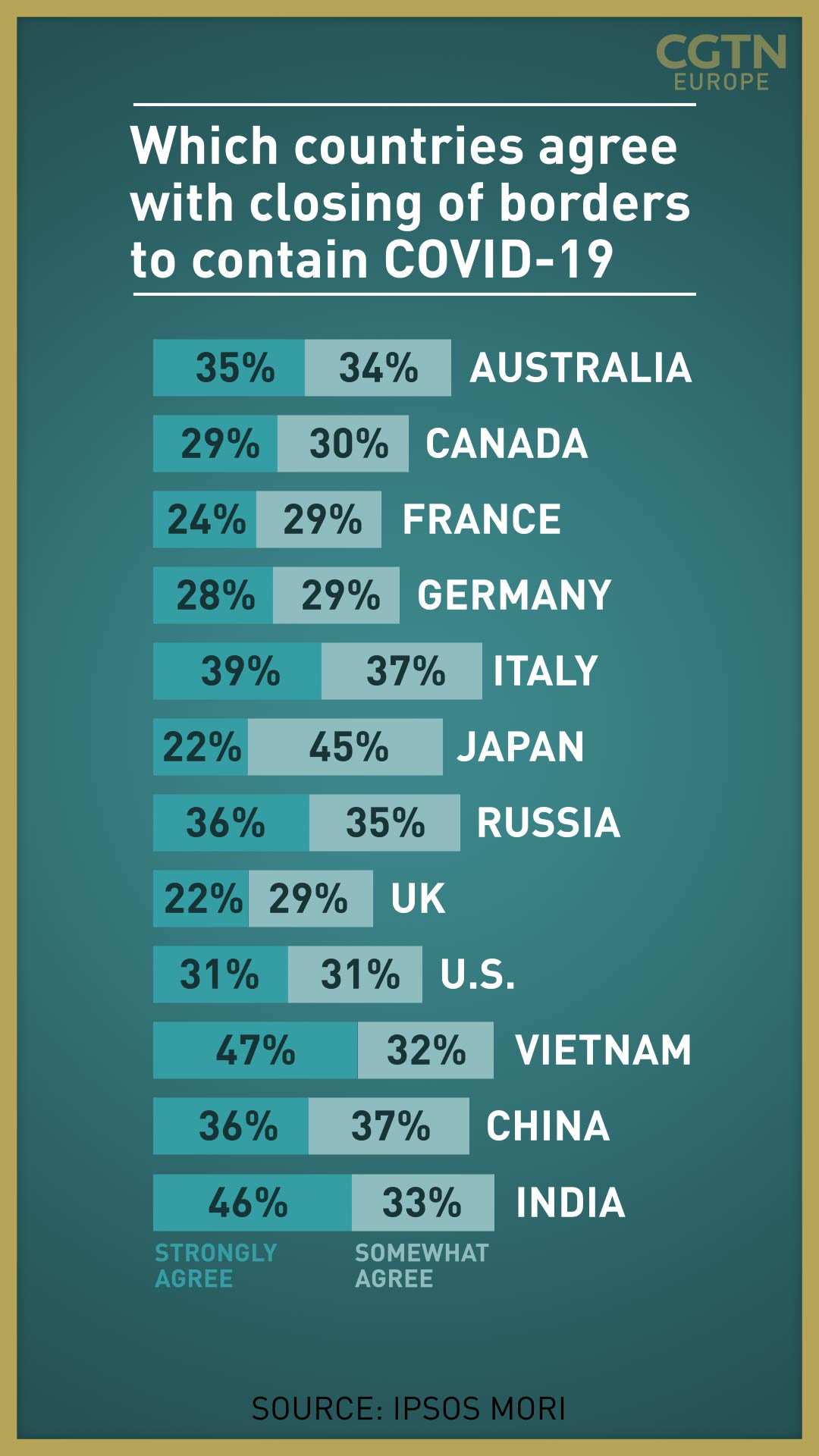