Should I worry about food shortages?
Giulia Carbonaro Empty shelves in supermarkets have become a common sight around Europe as entire countries go into lockdown.

Hand sanitizers and toilet paper were the first to start disappearing, followed by antibacterial soaps, tissues, paracetamol, ibuprofen, and last but not least, food, especially long-life products including those in tins and pasta.

Despite reassurance from governments and supermarkets that the supply chain will resist the disruptions caused by the pandemic, customers have continued to rush to get their hands on provisions. 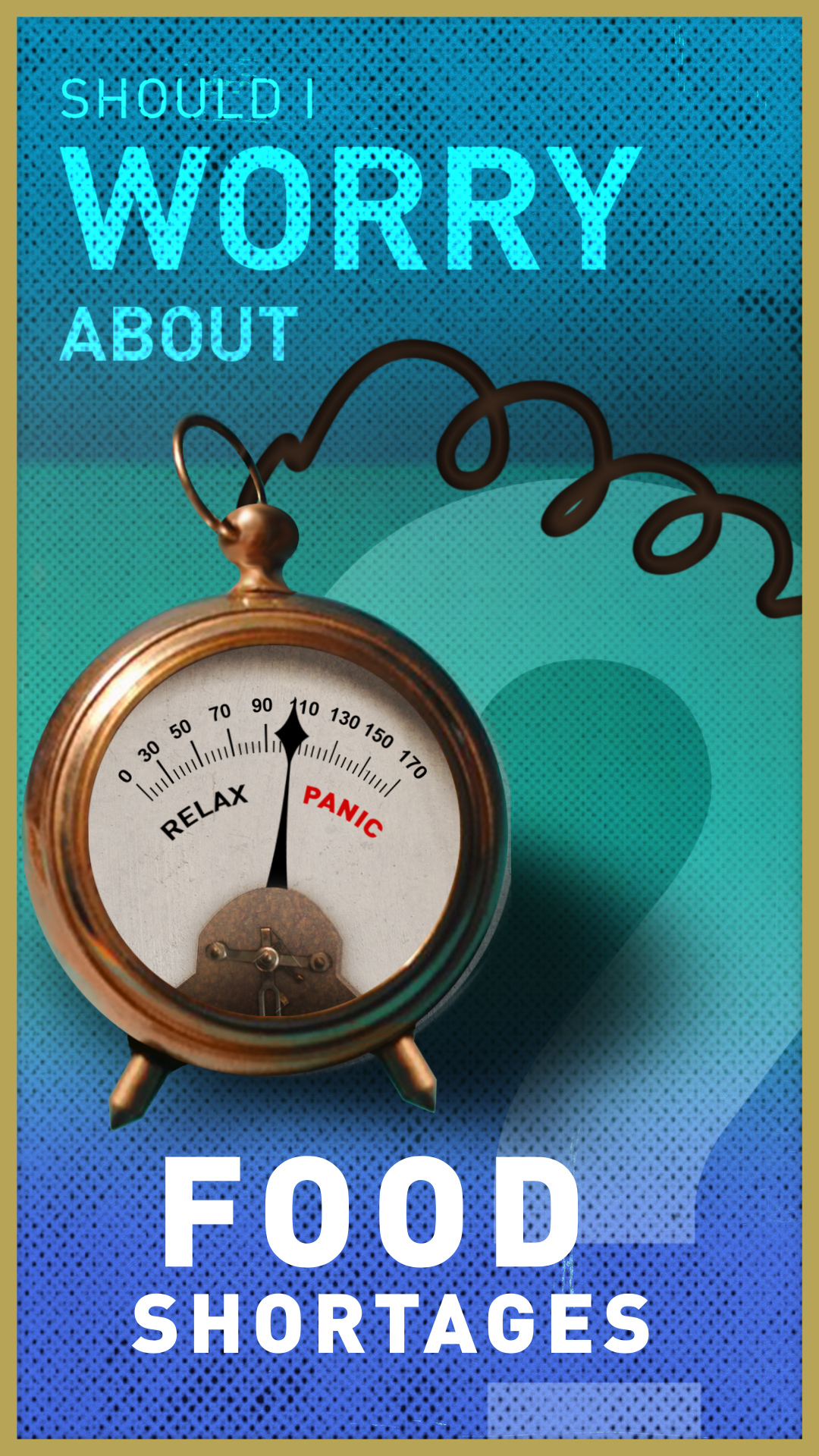 Uncertainty about the situation around COVID-19 – how long the health emergency will last, for how many days will people be asked to isolate themselves and stay at home – is pushing people to prepare for the worst and stockpile.

The problem with panic buying is that it's somehow contagious: when we see others bulk purchasing, we worry that there won't be anything left for ourselves. So we tend to do the same and grab whatever is still in stock. The risk is, that the shelves empty faster than supermarkets can fill them.

"Supermarkets are actually very sophisticated organizations, which have had planning systems in place for years and years and are based on quite detailed algorithms, so they can actually balance demand pretty well," explains Janet Godsell, professor of operations and supply chain strategy at WMG, University of Warwick.

"What's perhaps challenging at the moment is just the rate at which shoppers are taking stuff off the shelves. If you imagine it's a bit like a pipe, they [the supermarkets] just can't get the stuff through that last bit of the pipe on the shelf quite as quickly as shoppers are taking it off at the moment. So, the best thing really that shoppers could do is to keep calm and buy things more in line with the rates that they're actually using them."

According to Godsell, the problem of the perceived food shortages is not to be found in the supply chain, but in the demand. "By stockpiling, you're making the situation worse for everybody," says Godsell. "Rest assured that for the majority of items, the stuff will be out there in the supply chain. It's just a question of getting it back on the shelves." Londoners have been facing empty shelves for days leading up to the recently announced containment measures taken by the UK government. /Justin Tallis/ AFP

Londoners have been facing empty shelves for days leading up to the recently announced containment measures taken by the UK government. /Justin Tallis/ AFP

Even the most-affected country in Europe, Italy, has not suffered food shortages so far. People are still allowed to leave their houses to buy groceries and they're able to find what they need in the supermarkets. Food delivery services are still running and indeed have reported that sales are down as consumers cook their own food.

Godsell backs up governments and suppliers who have guaranteed that there won't be any food shortage in Europe. Essential goods will be available, but we will have to compromise on the variety of goods we are used to.

"I think the worst that will happen is that we won't have our favorite things," says Godsell. "At any one point we could possibly have up to 20 percent of the workforce not at work because of the virus. Therefore, the supermarkets need to make choices about which products they continue to support the supply of. So, I think we'll see a little bit more restricted choice, but we should still be able to get most items, but maybe just not our favorite version of it.

In Godsell's opinion the worst thing that can happen to our food supply is what's already happening: panic buying.

"It's really important that consumers buy at the rate they're going to use [the goods] because in that way everybody gets what they need when they need it. And then the supply chain can replenish so that when they need it again, there's more stuff available," says Godsell.

Certain items, like fresh dairy products, meat, and vegetables will be harder to restock, as the supply chain takes longer than other food categories.

But the biggest issue, according to Godsell, is that when some customers stockpile, people with low incomes and less opportunity to buy in bulk are left empty-handed.

"I actually think we have a moral duty for everybody to make sure that the more vulnerable in society actually have access to the things that they need," says Godsell.

"Recently I was in the chemist and the pharmacist was really upset because she couldn't let a lady in her 90s have any paracetamol because it had been all panic-bought. So ,actually, society will create a worse situation by panic buying." 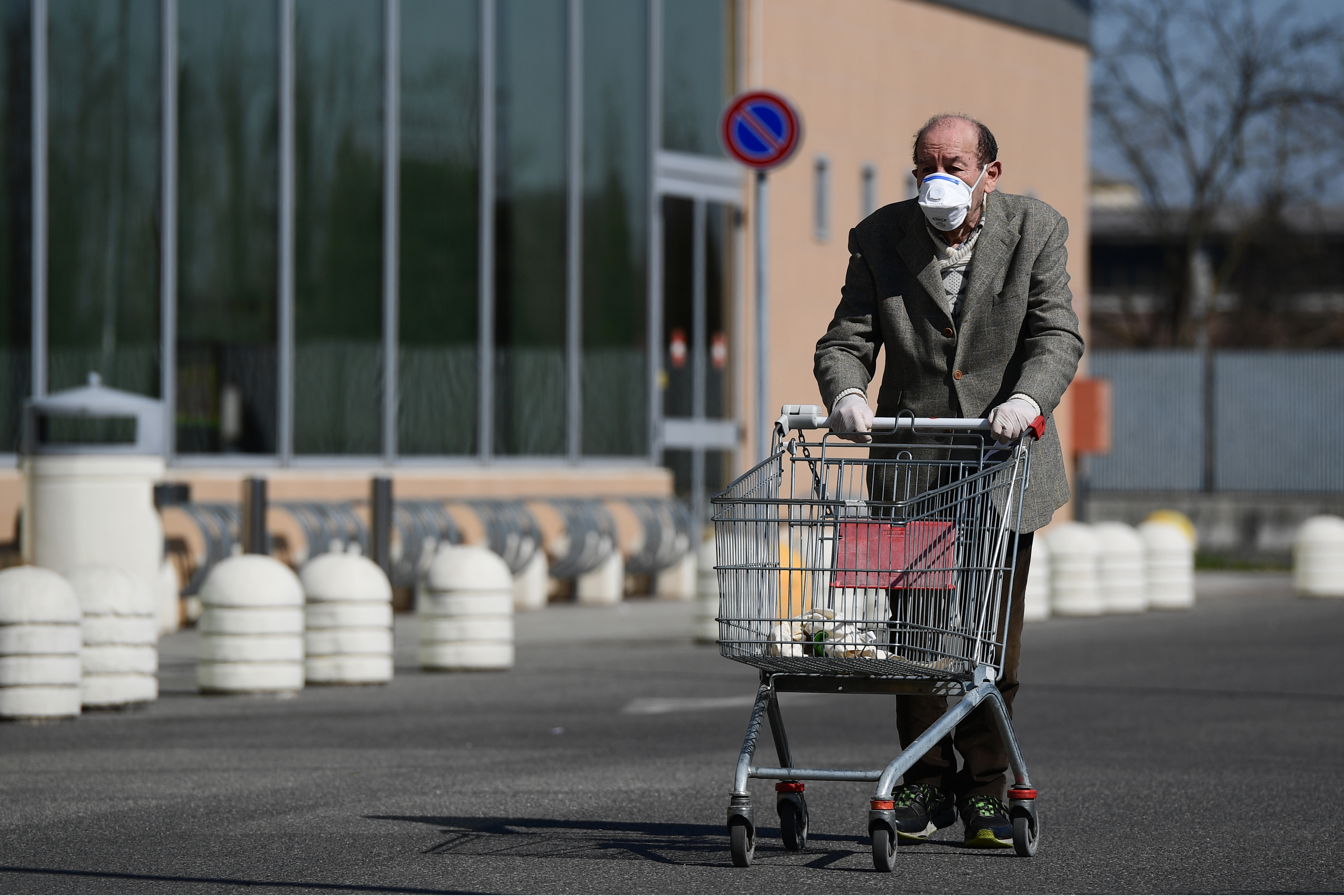 People quarantined in Codogno, the epicenter of the COVID-19 outbreak in Italy, were allowed into supermarkets in small groups, with the obligation to respect social distancing. /Miguel MEDINA / AFP

People quarantined in Codogno, the epicenter of the COVID-19 outbreak in Italy, were allowed into supermarkets in small groups, with the obligation to respect social distancing. /Miguel MEDINA / AFP

In Europe, efforts are being made to keep the food supply chain and trade across the continent flowing. The European Commission has finally stepped in, on 16 March, to introduce guidelines for every member state to enforce the same border measures in order to protect the health of European citizens but also keep essential goods and services available.

EU Commission President Ursula von der Leyen said that making sure goods and essential services continue to flow within the EU internal market is "the only way to prevent shortages of medical equipment or food."

Godsell says: "Though panic buying has proved to be quite an understandable but still shameful reaction in the face of a pandemic, there's light to be seen at the end of this tunnel: there's a limit to how much people can stockpile before filling their storage space and fulfilling their perceived needs, and panic buying isn't a sustainable activity in the long term.

"The reality is, once you've stockpiled, you've got to stop buying because you've already got the stuff."