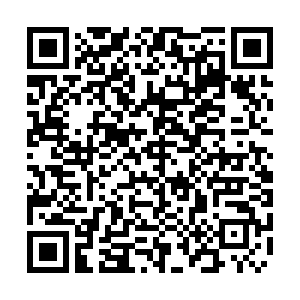 "Yesterday's G7 statement to do 'whatever is necessary' to stabilize the global economy may well have worked a few years ago but, with the benefit of hindsight and years of procrastination, markets have decided that such talk is on the cheap side."

Across Europe, markets were limited and short-trading on firms' fortunes was banned in several markets. Further afield, in the Philippines, the stock market was closed completely for the safety of staff.

Large moves and policy promises were the order of the day, as New Zealand's prime minister, Jacinda Ardern, announced a stimulus package amounting to four percent of the nation's GDP. And in France, finance minister Bruno Le Maire was no more conservative as he announced nationalizing big French firms was not out of the question as the pandemic bites societies around the world.

One of the industries most affected so far is aviation – you can read what sector expert David Learmount makes of the state of the market in our interview below.

Another high-profile sector feeling the effects of the novel coronavirus is sport. And, while this is a business newsletter, it's important to point out that the UEFA Euro 2020 football tournament has been postponed until 2021. While there are fears the Tokyo Olympics will suffer a similar fate, no decision to that effect has yet been made.

Happy reading, and remember to wash your hands regularly,

Fast Retailing will temporarily shut all of its 50 Uniqlo stores in the U.S. from on Tuesday, after COVID-19 cases in the country continued to rise. The move follows the closure of 27 stores in France, Spain and Italy. While online stores remain open, its sales have already been hit hard by the global pandemic as it was forced to close about half of its 750 stores in China in February. Many of the stores in China, however, have started to reopen with only about 30 locations remaining closed.

Hyundai Motor's China domestic plant sales in February were 1,007 vehicles, company data showed on Tuesday, down 97 percent from 38,017 vehicles a year ago. The car maker's global auto sales fell to their lowest in a decade in February as coronavirus worries kept buyers away in one of the first major indicators of damage to business in the broader auto sector due to the epidemic.

British cinema chain Everyman has closed its venues until further notice, after UK Prime Minister Boris Johnson ordered the shutdown of social life in the country and ordered the most vulnerable to isolate for 12 weeks.

France, Italy, Spain and Belgium have banned short-selling on the nations' trading floors. The move will temporarily halt bets on falling shares at scores of some of Europe's biggest companies.

The price of oil per barrel continues to drop, nearly reaching lows of 2016, at around $30 on Tuesday. The drop comes as Saudi Arabia continues its fight with Russia and the U.S. over oil production and prices – and is exacerbated by the ongoing COVID-19 crisis.

Car marker Volkswagen has suspended production at its plants in Italy, Portugal, Slovakia and Spain, according to CEO Herbert Diess, who said it would be impossible for staff to maintain a safe distance from each other at work.

Lufthansa, the German airline, said it will ensure deliveries of vital goods continue into Germany as COVID-19 shuts down most of Europe. Lufthansa CEO Carsten Spohr told a German newspaper the carrier was working with the Berlin government to create an "air bridge."

Finnish retailer Stockmann, known for its department stores, said it will enter "statutory negotiations" with its entire 1,400-strong workforce. The firm has been struggling to combat online shopping since 2013 and said all staff may be laid off for a period of three months due to COVID-19.

The Philippines has become the first nation to shut its stock markets completely and indefinitely. Authorities say it is for the safety of staff and the move comes after other markets have been paused or suspended due to COVID-19 fears.

Bank of Japan governor Haruhiko Kuroda said the steps already taken by the central bank are not its limit, and further easing of credit and monetary instruments will be implemented if needed.

The social media sector has warned of COVID-19 consequences, as it shuts offices and relies on AI to police platforms such as YouTube, Facebook and Twitter. The firms said content could be mistakenly taken down for non-existent policy violations as a result of the move to automated systems.

New Zealand has unveiled a huge bail-out package of $7.3 billion, or four percent of its GDP, described as "pulling out all the stops" by Prime Minister Jacinda Ardern.

Ride-hailing app Uber has suspended shared rides in the U.S. and Canada and said similar steps in other egions would be evaluated on "a case-by-case basis." It's food delivery arm, Uber Eats, is still available.

The European football governing body UEFA has decided to postpone its flagship national team competition, UEFA EURO 2020 to the summer of 2021.

The president of the European Commission, Ursula von der Leyen, sets out the reasons for a ban on "non-essential travel" in or to the European Union: As the UK became the latest nation in Europe to advise against anything but the most vital travel, airlines and aviation industry expert and commentator David Learmount spoke to CGTN Europe, via video link.

How will COVID-19 affect the aviation industry in the long term?

I don't think anybody knows precisely how COVID-19 is going to affect the airline industry in the long term. I think the guesses are along the lines of, anybody who's pretty weak and might have gone to the wall anyway, probably will do that.

But the world needs and loves its airlines. The world is not getting less inclined to travel by air. If anything, the world wants to travel even more. So, I think after this artificial period of lockdown, during which they cannot do business, I think everybody will rush back to traveling again.

The airlines are hoping for some form of government aid. Now, governments are not used to this. This is a one-off. And in modern times, we haven't seen anything like it. So exactly how governments are going to act is a bit difficult to predict because there is no international agreement on this.

There are international agencies like the International Civil Aviation Oversight Organization, which is a branch of the United Nations. But nothing is being agreed through that, especially on the business side. That's mainly about standards and rules and that sort of thing. So we're looking at nation-by-nation decisions.

So, really, it's up to the individual states to decide what they're going to do. Now, what they could do is give them money, but there's an awful lot of other kinds of businesses queuing up for that.

But what they otherwise could do is just guarantee the airline's finances so that the leasing companies, so that creditors, hold off claiming what they want.

I know, David, that you live and breathe airlines, of course, are going to be a huge defender for airlines. But why should aviation potentially take priority for bail-outs over other industries?

I don't think aviation should take priority for a bail-out over other industries. I think it has a good case because it is the first in line.

The first industry in line to get hit in a really big way. It's not being hit by its own sins. It is the casualty of government policy. Basically, you know, the physical lockdown of countries, countries banning airlines coming in.

Which international airlines do you think are the most vulnerable?

That's a bit of a big, nasty question, but I mean, if we look at Europe, Norwegian is in trouble.

Norwegian Air never actually turned a profit, has been very successful in its operations and in the number of people it's carried. But it's always been rather delicate and I'm not sure that Norwegian would survive.

And just like a lot of other businesses if... a business wouldn't have survived it, you know, just the normal rough and tumble of business life, then there's no case for propping it up under the artificial conditions under which we're living now.

Do you think there's a possibility after this crisis that people won't be flying for a year or more? Do you think it's going to change our lives and the way we travel?

I must admit, I'm not really a particularly religious person, but it does make me wonder, you know, the world has become a very different place since about 2016... I'm beginning to believe that God had run out of locusts. So he sent us the coronavirus because it really is going to change our lives in a very big way. And when we come out the other side, I'm not sure. What our priorities are going to be like, because I think our priorities are going to be changed by the process. 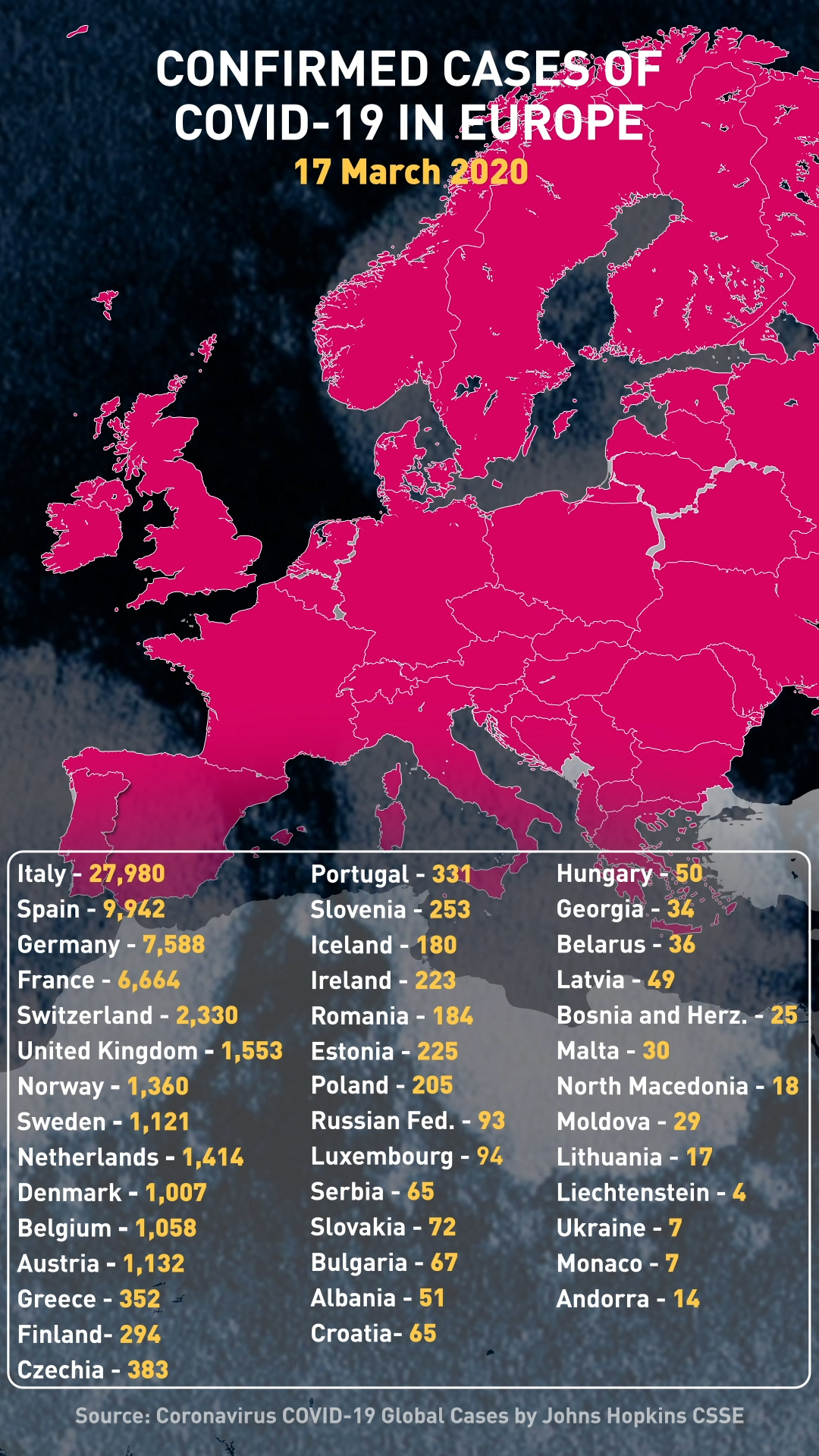