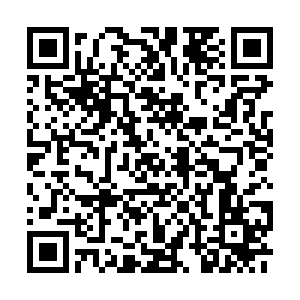 Euro 2020 has been postponed for 12 months amid the worsening COVID-19 situation. Attila Kisbenedek/AFP

Euro 2020 has been postponed for 12 months amid the worsening COVID-19 situation. Attila Kisbenedek/AFP

UEFA, European football's governing body, took the unprecedented step of postponing its flagship Euro 2020 tournament for a year on Tuesday, as the COVID-19 epidemic claimed arguably its highest-profile sporting casualty yet.

The 24-nation tournament was widely expected to vacate the summer calendar after Europe's domestic leagues announced last week they would be suspending matches amid the worsening health crisis, which has claimed around 7,000 lives worldwide.

"It was important that, as the governing body of European football, UEFA led the process and made the biggest sacrifice," UEFA president Aleksander Ceferin said in a statement after a videoconference with 55 of its national federations and representatives from clubs and leagues. Norway's FA initially broke ranks on Twitter to confirm the tournament was off.

"We are at the helm of a sport that vast numbers of people live and breathe that has been laid low by this invisible and fast-moving opponent. At times like these, the football community needs to show responsibility, unity, solidarity."

Originally planned as a continent-wide celebration of the sport to mark UEFA's 60th anniversary, Euro 2020 was to be held in 12 venues across Europe – from Bilbao to Baku – with the semi-finals and final to be played at Wembley Stadium, London. With much of Europe in lockdown to combat the spread of COVID-19, holding a multi-country event soon became an impossibility.

Finland captain Tim Sparv welcomed the decision, despite the tournament representing the first time his country had qualified for a major tournament finals.

"We've been looking forward to this for a really long time. It would have been the first time that Finland was in a European Championship, so it's a bit sad," Sparv told Reuters.

"But in the general perspective, in the big picture, football is a really small matter. Now it's about life and death and trying to control the spread of the virus, so it's a good decision."

"It's a pity but football is not the important thing in life right now," Koeman told Dutch TV.

Saint Petersburg Stadium was one of 12 venues for Euro 2020, which was postponed for a year on Tuesday. /Olga Maltseva/AFP

Saint Petersburg Stadium was one of 12 venues for Euro 2020, which was postponed for a year on Tuesday. /Olga Maltseva/AFP

The tournament is now scheduled to take place from 11 June to 11 July 2021, and frees up this summer for domestic leagues – as well as the governing body’s own club tournaments the Champions League and Europa League – to complete their 2019/20 seasons. This is seen as a priority and could even stretch into July and August, depending on when social distancing measures and travel across Europe are lifted.

"The focus now will be to come up with solutions to conclude the 2019-20 club season in the most practical manner and, beyond that, ensure football, like society as a whole, returns as quickly as possible to its natural form and rhythm," said European Club Association chairman Andrea Agnelli in a statement.

FIFA president Gianni Infantino later issued a statement to say the world governing body would most likely postpone the Club World Cup to as late as 2023 to accommodate the changes.

Sixteen Euro 2020 play-off matches were due to be held on 26 and 31 March to decide the full line-up of nations for Europe's once-every-four-years flagship tournament, last won by Portugal in 2016.

The play-offs could now be played in the international window at the start of June, subject to a UEFA review. Meanwhile, the Copa America – South America’s version of the Euros and also scheduled for this summer in Argentina and Colombia – has also been postponed by 12 months.

The Euros are second only to FIFA's World Cup in terms of prestige, which is still scheduled for November-December 2022 in Qatar.