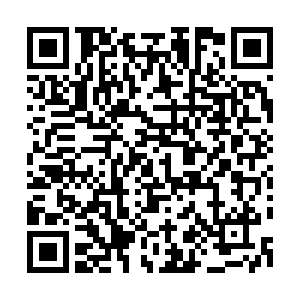 "You will see prompt action again when we need to take it – and the public can be assured of that."

This is the first message from Andrew Bailey as Bank of England's new governor, when questioned about what measure the central bank will take to contain the damage caused by the COVID-19 outbreak.

Meanwhile, the business world braces itself for another day of dealing with the dramatic impact the pandemic is having on the global markets.

Trading in Wall Street was halted for 15 minutes after stocks plunged at the opening bell this morning, despite efforts by the Federal Reserve to reassure investors it will do what's necessary to avoid a downturn, including cutting interest rates to almost zero.

Some of the UK's biggest airlines – easyJet and Virgin – and Ireland's Ryanair have announced they will ground most of their fleets in an attempt to avoid financial collapse amid the coronavirus crisis.

EasyJet, Virgin Atlantic and Ryanair are set to cancel up to 80 percent of their flights in response to national restrictions around Europe and cut operations costs amid the COVID-19 pandemic. The airline industry has warned about the damage caused by the outbreak to the sector, saying that "most airlines will be bankrupt by May" after a widespread shutdown.

The volatility gauge for eurozone stocks – also known as 'Europe's fear index' – hit a record high that beat the levels reached during the worst of the 2008 financial crisis. European shares sank to 2012 lows as stimulus packages by central banks and governments failed to reassure global investors.

Andrew Bailey takes over as the Bank of England's governor amid the coronavirus crisis and has promised that the central bank will deliver "prompt action" when necessary to help Britain's economy. Last week, the Bank cut its interest rates from 0.75 percent to 0.25 percent.

The French luxury group LVMH has started producing hand sanitizers in three of its perfume factories for distribution in French hospitals after traditional producers said they were struggling to meet demand.

Kingfisher, the owner of British DIY company B&Q, has confirmed the closure of all its 221 stores in France after the country entered lockdown in an attempt to curb the spread of the coronavirus. Yesterday, the number of confirmed cases reached the biggest daily increase so far in France.

U.S. clothing brand Abercrombie & Fitch is closing all its European retail stores, including its Hollister-branded stores, for two weeks. The closure of the European stores follows the shutting down of the company's U.S. shops one day earlier. Nike took a similar measure, announcing the closure of its stores until 27 March in Western Europe, the U.S., Canada, Australia, and New Zealand.

The U.S. cut interest rates to almost zero and approved a $700 billion stimulus program to support the national economy and avoid major economic disruptions. But the measures failed to give confidence to investors, and as financial markets opened on Monday morning, Wall Street stocks plummeted by 8 percent at the opening bell and trading was halted for 15 minutes.

Europe is not doing any better, especially continental Europe. After analysts said that a global recession as a result of the coronavirus pandemic is inevitable, the FTSE 100 sunk to an eight-year low, dropping by 7 percent, with airline stocks being hit especially hard.

Goldman Sachs cut its U.S. growth forecast for the first and second quarters over reduced consumer spending due to the pandemic's containment measures. Goldman predicts that the economy will start recovering in April, but according to the firm's researchers uncertainty around these data is higher than usual.

Germany's Bavaria region has announced a $11.21 billion fund to help its economy survive the damage caused by the coronavirus outbreak. The southern state has just entered a two-week state of emergency period after the dramatic increase in the number of confirmed cases in the country. The fund will allow the Bavarian government to buy stakes in struggling companies to prevent insolvencies and for companies with up to 250 employees to apply for aid.

The UK's Vauxhall Ellesmere Port motor vehicle assembly plant is halting production until 27 March after disruption to the supply chain of major suppliers due to the coronavirus outbreak have caused a significant decline in the automobile market.

Apple received a $1.2 billion fine by French antitrust regulators for conspiring with two wholesalers – Tech Data and Ingram Micro – to prevent competition between different distribution channels for the brand's products, which were allegedly forced to resell Apple products at the same price as Apple stores. The two wholesalers were also fined, $84.74 million and $70 million respectively.

CGTN Europe's Natalie Carney takes a look at how Germany, Europe's largest economy, is dealing with the containment of the spread of COVID-19 in the country. Ellen Wald, a historian and scholar specializing in the energy Industry and Western involvement in the Middle East and president of Transversal Consulting spoke to CGTN Europe about Saudi Aramco's most recent results and explained the reasons behind the dip in profits for the company.

Aramco results have dipped, but they're still making money. So give us your assessment of their results.

These results were entirely expected because the price of oil in 2019 as a whole was lower than it was in 2018. So it was very much expected that Aramco's profit would be lower. But the trend towards a lower profit does expose some of the risks that we're now headed towards in 2020, with both demand destruction from coronavirus, but also much, much lower oil prices.

So, those were the results from 2019 and they don't include the coronavirus impact. Could you explain more of that for us?

What we've seen so far in 2020 is a gradual decline in oil prices and then suddenly after that OPEC meeting, we saw a big drop down. I think today Brent crossed below the $30 threshold. So prices have really trended down since Saudi Arabia and Russia broke up their cooperation. Saudi Arabia has now pledged that they are going to produce 12.3 million barrels a day of oil in April. Twelve million of that is going to come from production and 300,000 of that is going to come from storage. And that's an incredible amount of oil to put on the market.

So, it's not surprising that oil prices took this into consideration and have dropped today, combined with what we could be seeing as a drop in demand of as much as 10 million barrels a day potentially. So, when you put the two of those together, Aramco is really looking at a very difficult year financially in 2020. Yes, they will still make a profit. They're still going to make a profit on every barrel of oil that they pump and sell. But that profit is going to be significantly decreased, and the big question is, can Aramco handle all of its commitments? They say they have committed to paying their public shareholders a dividend of $75 billion. On top of that, they pay a 50 percent tax to the government, they pay royalties, they pay rent. And they've also got to pay a dividend to the Saudi government to cover the Saudi government's budget. That's an incredible amount of financial responsibility. And something's got to give in 2020.

How do you think they're going to go fare over the next financial year, or even the next few weeks?

Well, I think that they're pretty firm in their commitment to produce this oil and sell it. And I do think we're going to see demand looking a little bit stronger as Asian buyers in particular pick up that crude oil. But that doesn't mean that the overall global oil picture is going to get any better for Aramco. As you know, as it looks forward into the year, we may see them having to dip into their cash, their free cash flow, to pay dividends and to pay for the things that they've committed to. Or we could see the Saudi government make some hard choices. Maybe they will implement some austerity measures so they don't have to take as much from the company. Or the question is, will they insist that Aramco both pay its public shareholders and pay the Saudi government at great expense to the company that in turn, could harm Aramco's stock price?

I'm intrigued because obviously we've heard that Aramco has so much money. But I'm intrigued by the austerity measures that you've outlined. Tell us more about that.

Saudi Arabia spends a lot of its budget employing people. It's the largest employer in Saudi Arabia. About 70 percent of employed people in Saudi Arabia work for the government. But Saudi Arabia is committed to spending an incredible amount of money on projects for this economic diversification program that aren't going to come to fruition for many, many years. So, they could tone back on some of those investments. They could tone back on their budget expenses. They also could try to sell some of the illiquid assets in the PEF and use that for their budget, though I don't think that they're inclined to do that.

The total death toll of COVID-19 has passed 6,500 globally. In today's graphic we look at the most recent data regarding the spread of the virus in Europe.

Italy is still the most affected country on the continent with a number that's drastically higher than those of Spain and Germany, a staggering 24,747 confirmed cases of COVID-19 against Spain's 7,844 and Germany's 5,813.