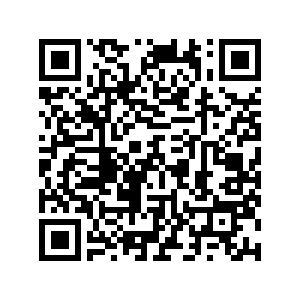 – France tightens its lockdown, with President Emmanuel Macron telling citizens to "severely restrict movements for the next 15 days at least" and ordering 100,000 officers to police it

– UK deaths rose from 35 to 55 on Monday, with 1,950 cases confirmed by Tuesday – up 407, the UK's biggest single-day rise. The Church of England is the latest religious group to close its doors, suspending public worship

– Amazon is to hire 100,000 warehouse and delivery workers in the U.S. and improve its pay in Europe as home-shopping demand rockets

– In Sweden (1,064 cases, seven deaths), prime minister Stefan Lofven announces that high schools and universities should switch to distance learning, but primary and secondary education will continue as normal for now 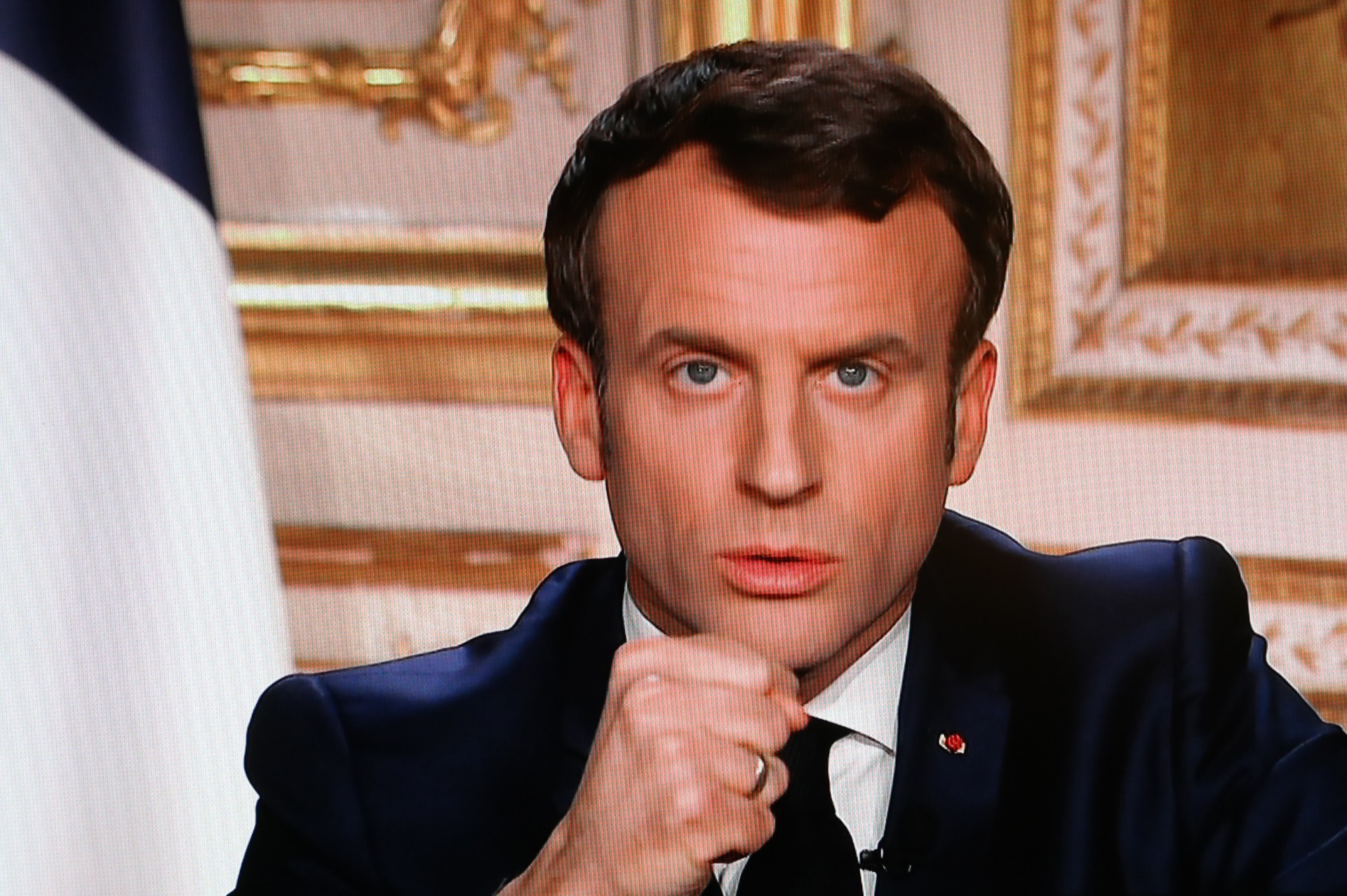 French President Emmanuel Macron speaks during a televised address to the nation in which he tightened the country's lockdown. /Ludovic Marin/AFP

French President Emmanuel Macron speaks during a televised address to the nation in which he tightened the country's lockdown. /Ludovic Marin/AFP

French president Emmanuel Macron says the country is now "at war" with the new coronavirus and he has urged all French citizens to stay at home for at least 15 days.

He has joined other European leaders in taking unprecedented measures, with more than 140 people now confirmed to have died in France due to the outbreak, and another 6,633 people testing positive for the disease.

Macron says France is fighting "an invisible enemy" and he says residents are only allowed out of the house for essential shopping errands – with fines of up to €135 if they are found to have disobeyed the directive. Anyone out and about must have a reason for it.

The country's borders are to be closed, a $16.6 billion support package for businesses has been announced, the army is going to be deployed to transport sick patients and a military hospital in the east of the country will be used for treatment.

France has already seen widespread closures including schools, universities, bars, restaurants, cinemas, theaters, museums, the Eiffel Tower, the Louvre, clothes shops and hairdressers. The second round of the national municipal elections has also been delayed by three months to June.

Hungarians face yet more restrictions as a new rule requires cafes and restaurants to close after 3pm – with anyone found to be disobeying subject to a fine of up to $1,500. After Monday's announcement that borders were closing, hundreds of Hungarians rushed back over the Slovak/Hungarian border. There are now more than 50 cases confirmed with one death, a 75-year-old Hungarian man.

The government has signaled its plans to require people who are infected and in self-quarantine to affix a red notice to the door of their home. The city's famous tourist sites including the Basilica, Parliament, Buda Castle and Fisherman's Bastion are growing increasingly quiet as tourist numbers drop off, and all of the city's thermal bath houses are closed indefinitely.

On Monday afternoon, UK Prime Minister Boris Johnson ramped up the public measures as it became clear the priority now is to reduce and delay the pressure on the National Health Service as much as possible.

Non-essential contact in daily life is now strongly discouraged, and pubs, clubs, theatres and other public places are now to be avoided.

At the weekend, the government is expected to insist that the elderly and those with underlying health issues are deliberately shielded from social contact for 12 weeks.

Today, Tuesday, the government is expected to unveil a raft of financial measures to help the economy through the next few months and beyond. This is likely to address concerns from businesses, large and small, and self-employed workers about how they can continue as daily financial transactions start to shut down.

To date, and the numbers change all the time, more than 1,500 people have tested positive, but the rate of unseen infections is now thought to be in a range between 35,000 and 50,000.

Foreign minister Heiko Maas has issued a worldwide travel warning for German citizens. He also said the government will help repatriate thousands of Germans stuck abroad due to travel restrictions and that $55.6 million has been set aside for this purpose.

The country's borders with France, Austria, Switzerland, Luxembourg and Denmark have been closed to everyone but people commuting to work, although goods can still move freely.

Auto maker Volkswagen said it will stop production at most plants in Germany and Europe as a result of the coronavirus outbreak.

It's a Schengen shutdown. European leaders will convene another emergency video conference this afternoon, during which they are expected to approve a 30-day ban on non-urgent travel into Europe. The EU Commission, which proposed the measures on Monday afternoon, said it would cover EU countries and non-members of the bloc that are part of the Schengen zone.

EU citizens, their families, diplomats, residents and essential workers such as doctors and nurses will still be allowed entry. Commission president Ursula von der Leyen said the ban could be "prolonged as necessary."

The move comes after several member states sealed their borders to incoming travelers and imposed strict restrictions on the movement of citizens.

Meanwhile, Belgium, Italy, France and Spain have put a temporary ban on short-selling as volatility rips through global markets. In Belgium, the ban will apply to 17 stocks for the day's trading on 17 March; France's ban will apply to 92 stocks. EU regulations adopted in 2012 give national regulators the power to temporarily restrict or ban short-selling of any financial instrument during exceptional circumstances – and the coronavirus has sparked the worst sell-off in European stocks since the global financial crisis. 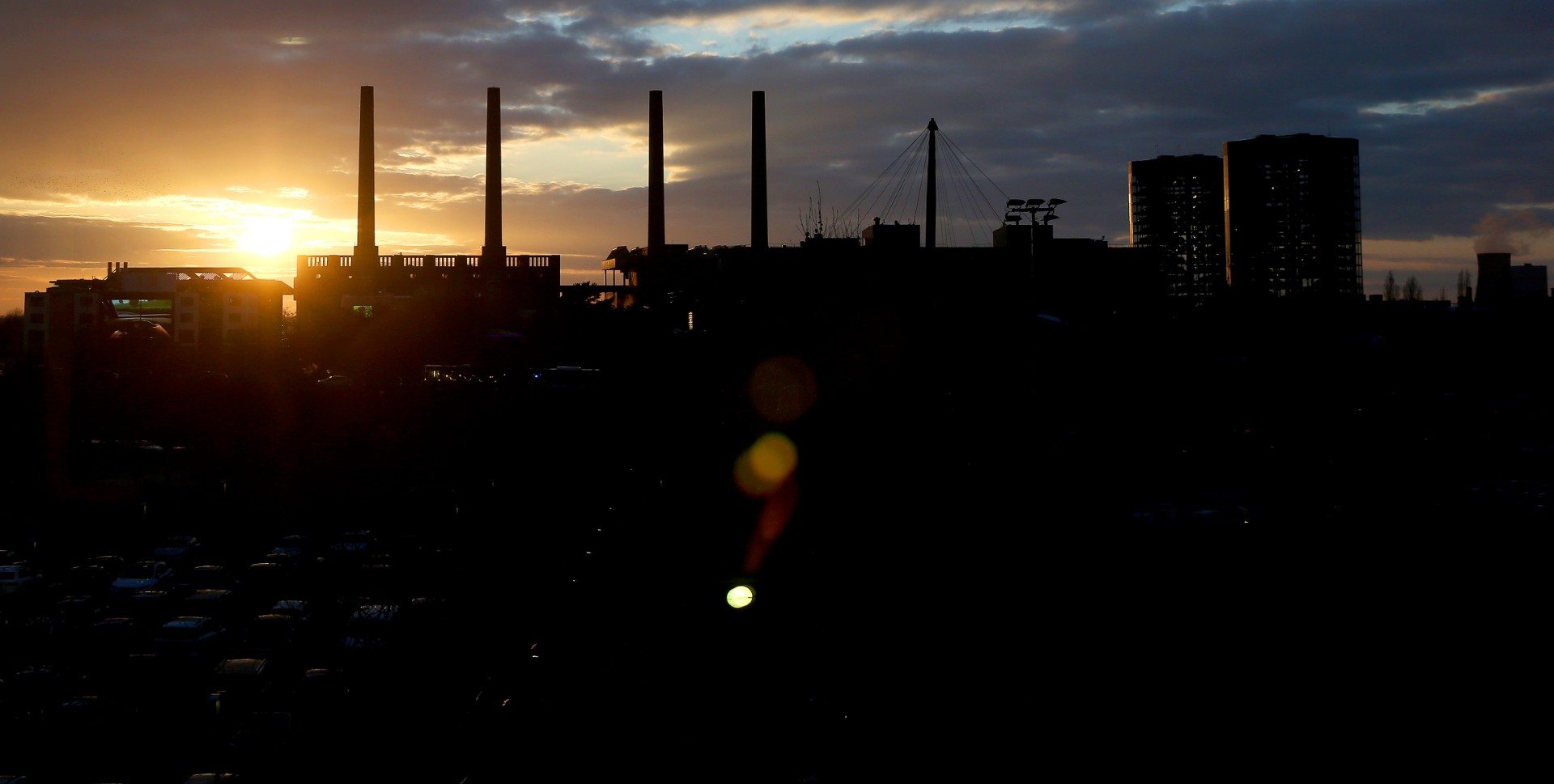 German VW plants such as this one in Wolfsburg will fall silent. /Ronny Hartmann/AFP

German VW plants such as this one in Wolfsburg will fall silent. /Ronny Hartmann/AFP

– Global stocks suffer record levels of volatility, with the five biggest one-day points falls happening in less than a month

– On Monday, the Dow Jones had its biggest one-day slide in three decades

– Troubled airline Alitalia is to be nationalized by Italy's government 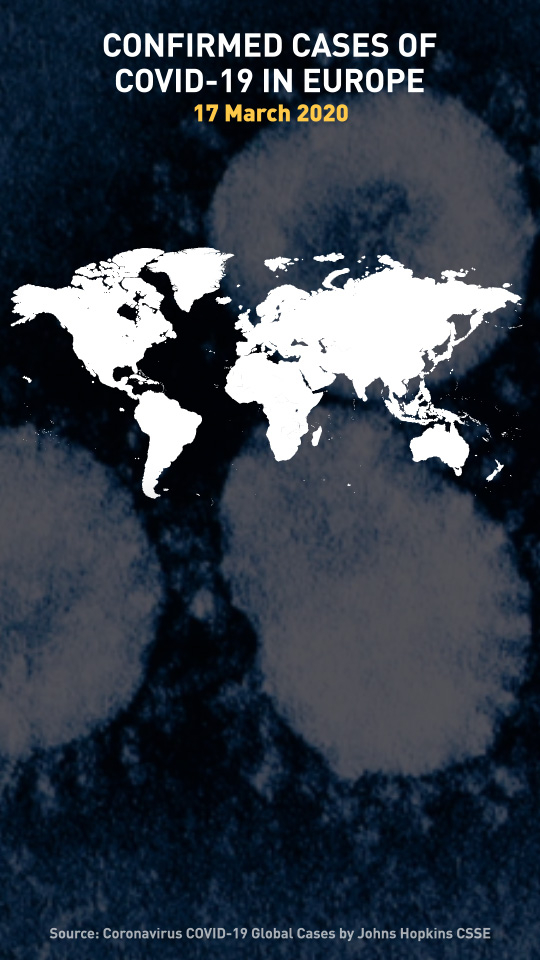 From CGTN America: Is Latin America ready for COVID-19?