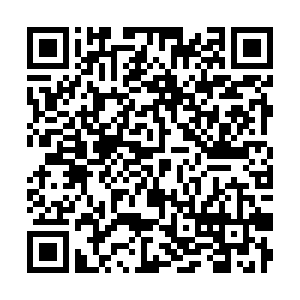 A record low number of voters turned out for French municipal elections on Sunday as COVID-19 fears kept millions of voters away from polling stations, prompting calls to cancel the second round of voting as authorities make efforts to control the virus outbreak.

Polling institutes estimated that the abstention rate was at 54 to 56 percent, which is nearly 20 points higher than the previous record set in municipal votes six years ago.

France's prime minister, Edouard Philippe, who was running for mayor of the Normandy port city of Le Havre, said he would consult with scientific experts this week on the decision on whether to maintain the second round of voting next Sunday.

"The high abstention rate illustrates the growing worries of our fellow citizens about this crisis," said Philippe in a televised address, as estimates put him ahead in his race for mayor.

The voting came just hours after the government ordered all bars, restaurants and other non-essential businesses to close, with a large majority of people expecting a more complete lockdown to come within days, which could keep them in their homes.

On Sunday, France recorded 36 more deaths, which is the biggest one-day increase in the country since the outbreak, taking the total death toll to 127 and the cases of infection to 5,423 since January, according to the country's national health agency.

The government had rejected calls to cancel the first round of votes, saying sufficient precautions were taken to disinfect polling stations in what was considered a key test in the popularity of Emmanuel Macron's presidency.

"It is important to vote in these times," Macron said after washing his hands with sanitizing gel and casting his ballot in northern France.

But constitutional law experts have said calling off the second round now would most likely necessitate a rerun of the first round.

The national results have not yet been declared, but Macron's centrist Republic On The Move party had not been expected to make strong showings in the fight for the country's 35,000 mayoral seats.

In Paris, incumbent Mayor, Anne Hidalgo, was in front, with around 30 percent of votes according to estimates, but streets were empty as its cafes and restaurants remained empty and dark.

For those who did leave their houses to vote, bottles of hand sanitizer were available everywhere and floors were marked with tape to keep people one meter apart from each other.

France has indefinitely closed creches, nurseries, schools and universities and banned gatherings of more than 100 people, while also urging residents to limit their movements in a bid to prevent the spread of the virus.

Other public spaces have been ordered shut until 15 April, including cinemas, libraries, shopping centers and gyms, to try to prevent hospitals becoming overrun with sick people.

On Sunday, the government also said long-distance trains and international flights will be limited as well as public transport reduced.

Tourist sites such as museums, theaters and the Eiffel Tower have already closed and the justice minister, Nicole Belloubet, said courthouses would close starting on Monday for all but "essential litigation."

Political leaders are saying holding the second round of voting now seems impossible. Christian Jacob, head of the right-wing Republicans party, revealed on Sunday he had tested positive for the new coronavirus.

The COVID-19 restrictions had already caused candidates to halt and cancel their post-voting rallies and news conferences, telling supporters to stay home in line with government orders.