'Test, test, test,' says WHO. So why can't everyone be checked for COVID-19?
Nilay Syam 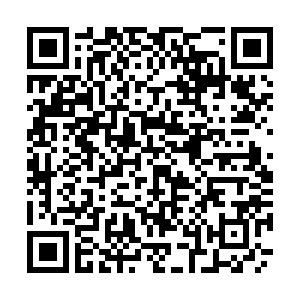 Europe has now been declared the epicenter of COVID-19 by the World Health Organization. /Jure Mekovac/AFP

Europe has now been declared the epicenter of COVID-19 by the World Health Organization. /Jure Mekovac/AFP

The director-general of the World Health Organization has criticized governments that don't test for COVID-19 sufficiently.

"You cannot fight a fire blindfolded," Tedros Adhanom Ghebreyesus told a video press conference from Geneva. "We have a simple message for all countries: test, test, test."

He added: "We can't fight this pandemic if we don't know who is infected."

His rebuke won't go unnoticed in the UK, where Boris Johnson's government has faced criticism for telling people with potential symptoms of COVID-19 to self-isolate rather than get tested, unless the symptoms worsen.

So, why can't everyone with potential symptoms of the coronavirus be tested and would that be useful?

The answer, as with so much of the fight against the novel coronavirus, comes down to capacity and priorities. The UK position has got some support from the European Centre for Disease Prevention and Control (ECDC).

With governments fighting to contain and mitigate the effects of the virus – from stringent restrictions on movement and advice on self-isolation to the draconian step of a full lockdown of cities and towns, they are adopting a different policy when it comes to testing for the disease.

Unlike the approach in China, where they tried to screen almost everyone, European countries including Germany, France, the UK, Spain and Italy – the worst hit after China – have initiated a strategy of phased treatment depending on the severity of the symptoms.

The rationale is simple as well as alarming. Health authorities simply don't have the capacity for large-scale tests and are already overwhelmed by thousands of critical cases.

The ECDC has proposed ending confirmatory testing, a reduction in contact tracing to focus only on high-yield contacts, the optimum use of personal protective equipment (PPE) and introducing a set criteria for hospitalization.

"As testing needs for COVID-19 increase, some laboratories are reporting crucial shortages affecting diagnostic capacity for COVID-19 and other laboratory services. If resources or capacity are limited, rational approaches should be implemented to prioritize high-yield actions," a spokesperson from the EU agency said.

Health authorities in Europe have been overwhelmed by thousands of COVID-19 cases. /Miguel Media/AFP

Health authorities in Europe have been overwhelmed by thousands of COVID-19 cases. /Miguel Media/AFP

How to test for COVID-19

The most popular method is the so-called "PCR test," recommended by the World Health Organization (WHO). It involves taking swab samples from the subject's nose and throat, which are then sent to a specialized laboratory for examination. It takes a few hours to a day for the results to come through.

There are other less common methods such as the serological tests, which are blood-based.

Efforts are also under way to develop home-testing kits for speedy results, facilitating self-isolation and reducing the chances of the virus spreading from the carriers to members of the public.

Private diagnostics companies have chipped in, too, but it would take a while before mass distribution can happen, since the approval process involves rigorous scrutiny.

In Germany, some local hospitals have introduced drive-through tests where people can get their swabs taken by medics in protective gear. Suspected patients first have to consult a physician over the phone before being given the go-ahead to drive to the hospital.

In the grip of a pandemic

Given the speed at which COVID-19 has spread, most European states have moved from "containment" to "crisis management" mode.

They have imposed limited movement rules and restrictions on mass gatherings. Schools and universities have been closed and even borders sealed to stop the situation from deteriorating further.

In the absence of verifiable statistics and centralized data from the WHO on how the tests are being conducted, it is quite difficult to analyze the strategies adopted by relevant healthcare bodies.

Given the speed at which COVID-19 has spread, most European states have moved from 'containment' to 'crisis management' mode. /Denis Lovrovic/AFP

Given the speed at which COVID-19 has spread, most European states have moved from 'containment' to 'crisis management' mode. /Denis Lovrovic/AFP

With Europe now being declared the epicenter of the pandemic by WHO, a series of preventive measures are being undertaken at the local and national level to stem its progress and treating the most critical and vulnerable.

Special attention has been given to the elderly and the ones with underlying health issues – the group considered to be most at risk.

For instance, in the UK, anyone with COVID-19 symptoms has been asked to self-isolate and stay at home for at least seven days. A deterioration in health would result in the patient being admitted to hospital for close monitoring.

The National Health Service (NHS), while issuing guidelines has asked those who feel ill not to visit the hospital until prompted to do so. It said that testing for coronavirus is not needed if the patient is staying at home.

The ECDC, on its website, advocated a similar approach: "Countries across the EU/EEA might be in different scenarios, even within the same country, and testing approaches will be adapted to the situation at national and local level.

"National authorities may decide to only test sub-groups of suspected cases based on the national capacity to test, the availability of necessary equipment for testing, the level of community transmission of COVID-19, or any other criteria." Limited movement rules and restrictions on mass gatherings have been imposed by almost all European countries. /Glyn Kirk/AFP

Limited movement rules and restrictions on mass gatherings have been imposed by almost all European countries. /Glyn Kirk/AFP