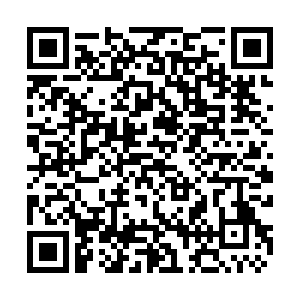 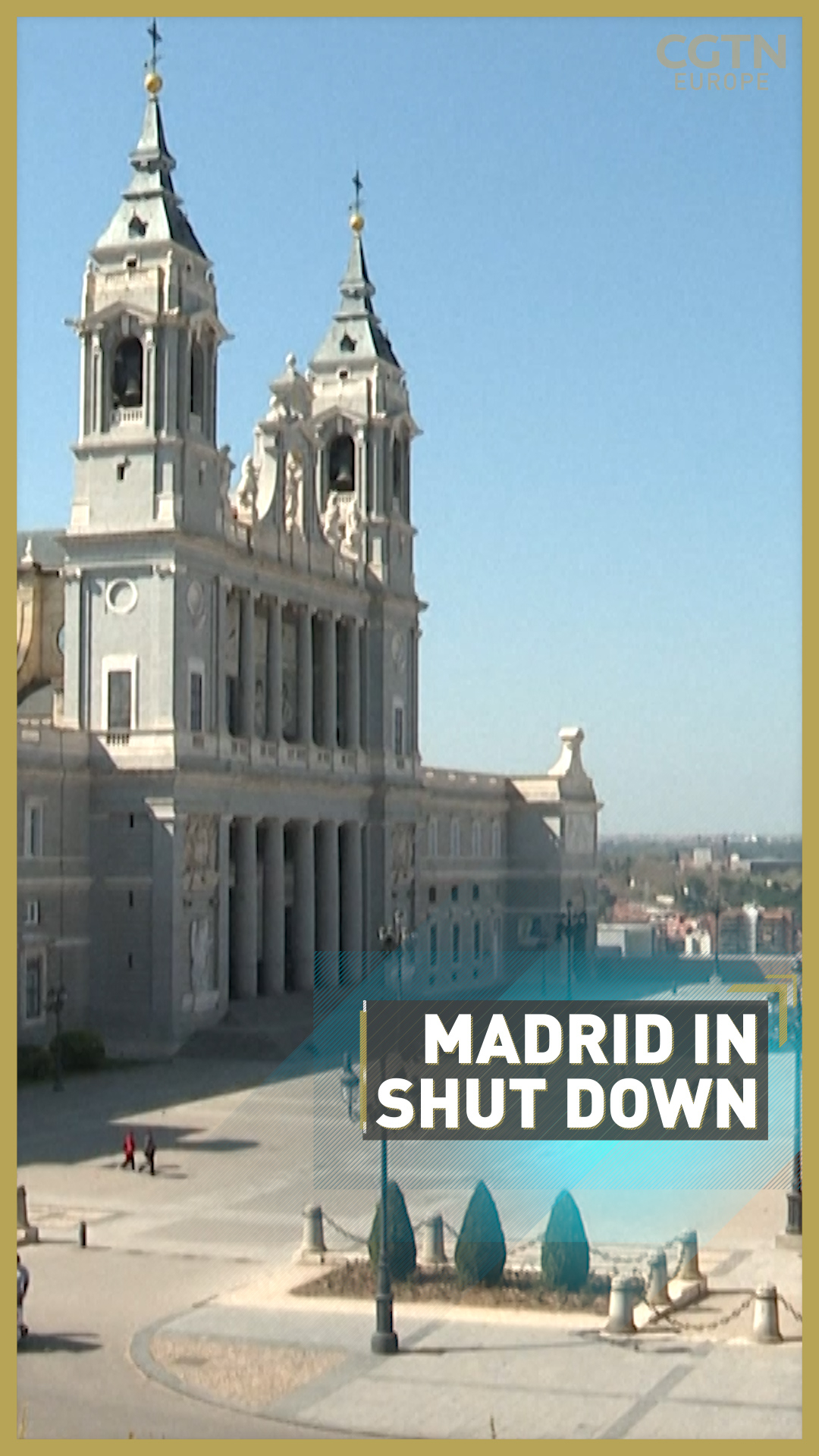 Madrid is a city in lockdown.  Normally the streets, bars and restaurants of the Spanish capital would be bustling with locals and tourists, enjoying the early spring sunshine.

However following the announcement of a 15 day state of emergency in an effort to combat the spread of the Coronavirus, the city is eerily quiet.

"The government of Spain will protect all its citizens and will guarantee the right life conditions to slow the pandemic with as little inconvenience as possible." said Prime Minister Pedro Sanchez in a televised address to the nation on Friday.

This is only the second state of emergency in the country since the transition to democracy in 1975. It means all shops, bars, restaurants, gyms, cinemas, theatres and museums will be closed.  Only food shops and pharmacies will remain open.

The crisis really escalated on Friday following a 50 percent surge in new coronavirus cases in less than 24 hours. Nearly half of them are in the Spanish capital. Health officials have been calling for more aid and even the army to help deal with the crisis. 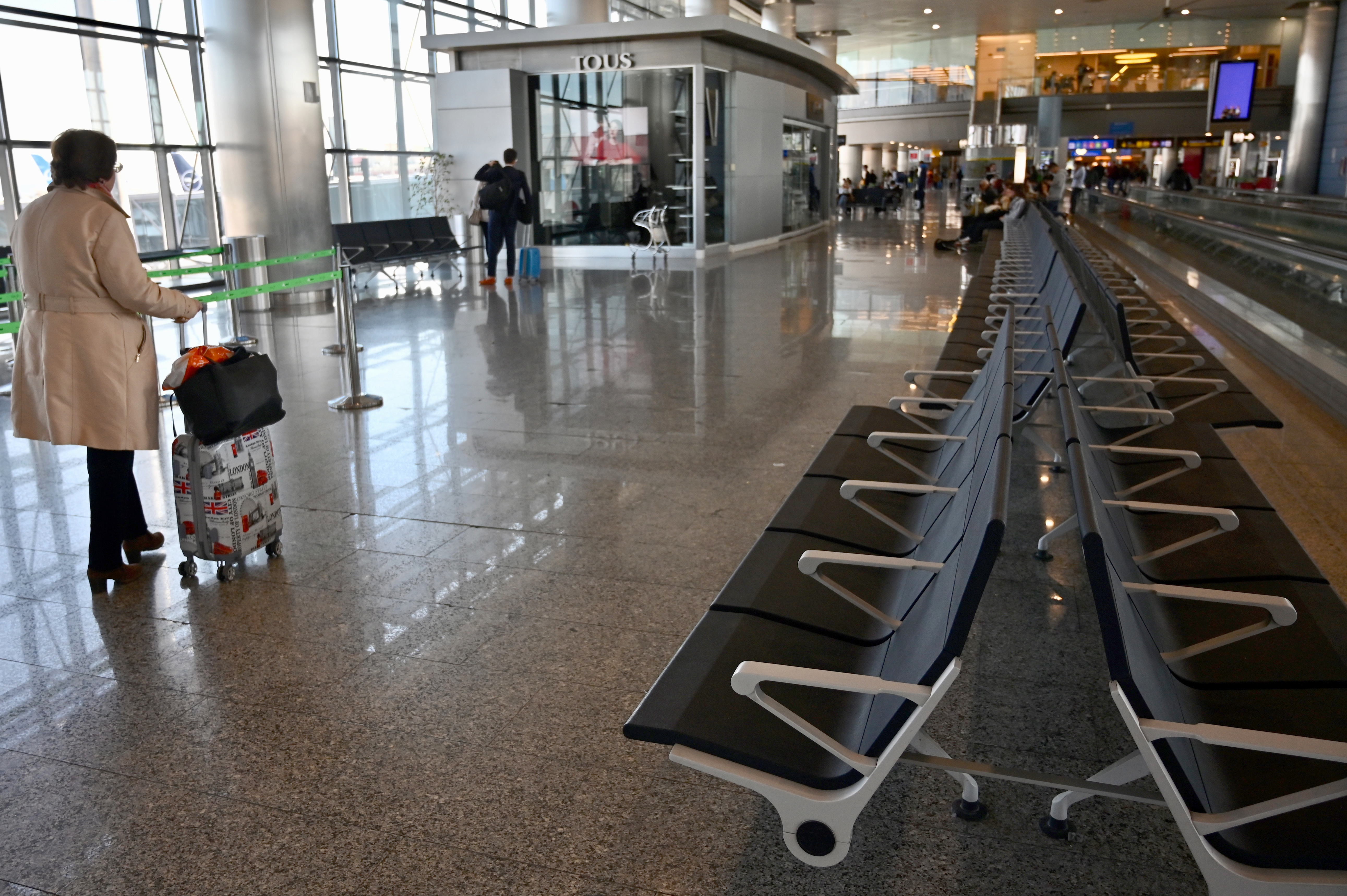 A person pulls a trolley along empty seats at the Madrid-Barajas Adolfo Suarez Airport in Barajas on March 14, 2020. GABRIEL BOUYS / AFP

A person pulls a trolley along empty seats at the Madrid-Barajas Adolfo Suarez Airport in Barajas on March 14, 2020. GABRIEL BOUYS / AFP

Ahead of the wider shutdown in Madrid, schools had already been closed across the country until March the 25th.

The measures have caused huge disruption to the education system and left teachers rushing to arrange new timetables.

"The biggest issue is to finish the syllabus with the exam period with the exams almost upon us. We were finishing the second term, now they won't be able to do that.  We will have to evaluate them with the grades we had before this," says Monica Hernandez, a teacher from a school based in the south east of the city.

The government has also advised that parents should work from home, but as we were told by mother of two Phyllis Crinnion, who also works as an English teacher in Madrid, this has huge financial implications.

"If I don't go into school I don't get paid it's as simple as that. The uncertainty of when this is going to finish is there as well.  We heard Italy had extended their suspension till April, we're expecting the same here if not longer."

At the time of writing Spain had nearly 6,000 infected with the coronavirus. The government will hope the state of emergency can halt the spread, but there's fear that this crisis in Spain is going to get much worse before it gets better.