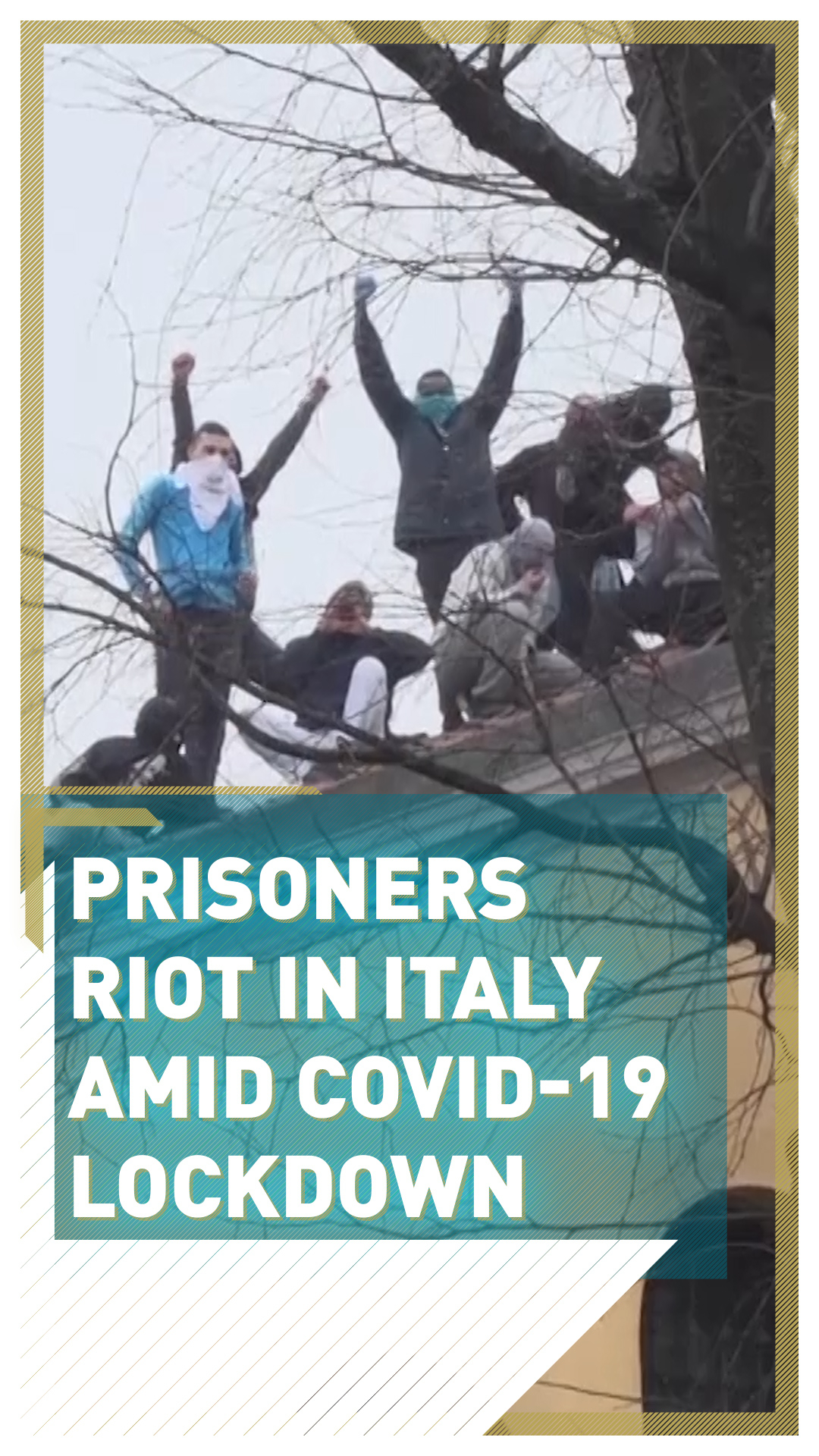 Seven people died as violent protests broke out Monday in 22 crowded prisons across Italy over measures imposed to contain the coronavirus.

Italian media said about 50 inmates managed to escape from Modena jail in the southern city Foggia. The majority were rapidly captured, but by nightfall nine prisoners were still on the run.

A seventh inmate from Modena jail died on Monday after the unrest there. The 40-year-old man is thought to have died from an overdose on methadone after the prison infirmary was raided during the violence, as did most of the other inmates.

One prisoner is though to have died because of smoke inhalation after mattresses were set on fire during the protest, according to ANSA.

The protest on Sunday in Modena was among the first of more than two dozen riots at Italy's overcrowded jails, which spread on Monday, reported AP.

Human rights advocates have been warning that increasing tensions over fears of the new coronavirus were hitting inmates particularly hard, especially after restrictions were imposed on family visits to prevent transmissions. 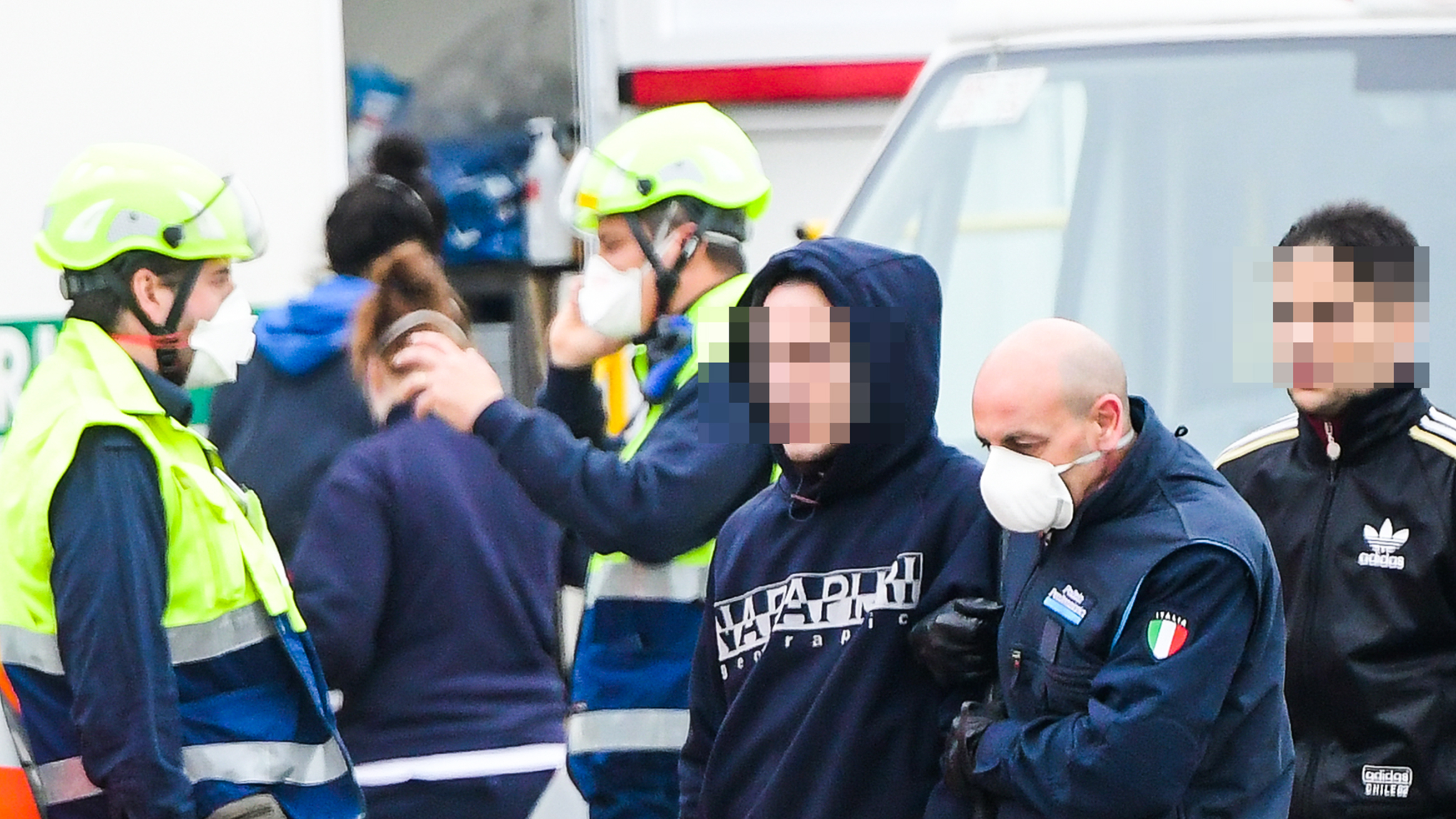 Inmates (C and R) are being escorted across a yard of the Sant'Anna prison in Modena, Emilia-Romagna, as they are transferred from a building to another. /Piero CRUCIATTI /AFP

Inmates (C and R) are being escorted across a yard of the Sant'Anna prison in Modena, Emilia-Romagna, as they are transferred from a building to another. /Piero CRUCIATTI /AFP

Italy's government has imposed a virtual lockdown across much of the country's northern regions, the epicenter of the contagion, in an effort to contain the virus, which as of Sunday had killed 366 people in the nation.

In a TV interview, the head of Italy's prison administration, Francesco Basentini, said: "There have been a series of rebellions across the country."

Prison guards union Sappe said two guards had been taken hostage in the northern city of Pavia, only being released following a police raid.

Modena and Pavia are within the "red zone" the government has established to limit the coronavirus contagion. In the decree, issued on Sunday, prisoners will be allowed to contact visitors by phone or other remote methods under the measures, in place until March 22. 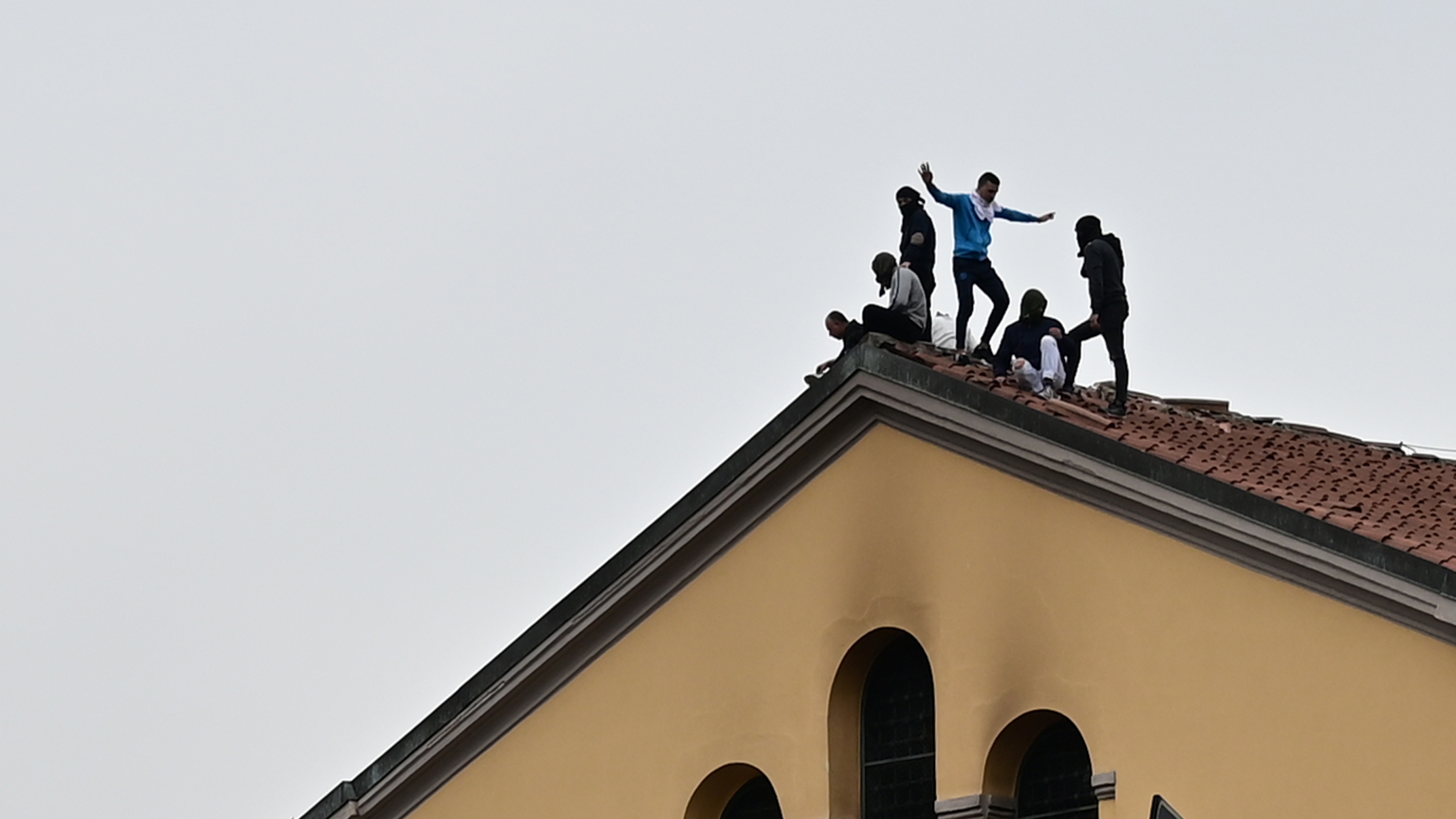 Inmates stage a protest on a rooftop outside the San Vittore prison in Milan, Italy, March 9, 2020. /Miguel Medina/AFP

Inmates stage a protest on a rooftop outside the San Vittore prison in Milan, Italy, March 9, 2020. /Miguel Medina/AFP

On Monday, inmates climbed on to the roof of the San Vittore prison in Milan and held up a painted sheet reading "Indulto," Italian for "pardon."

Donato Capece, secretary general of the penitentiary police union, accused the government of abandoning the prison system, refusing to provide sufficient measures to prevent the spread of the virus among inmates and leaving guards on their own to deal with prisoners who could now only speak to relatives by phone or Skype.

"The administration is completely absent," he told AP. "They have left the penitentiary police in jeopardy."

Capece confirmed six inmates at the Modena prison had died from overdoses. He ticked off the more than two dozen prisons where protests were under way, including in Foggia, where some prisoners had escaped.

Italy's overburdened court system has ground to a near halt because of virus containment measures, increasing tensions among prisoners already forced to endure long delays in the justice process.