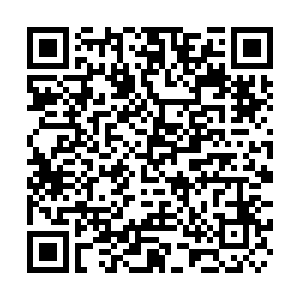 The Louvre museum in Paris reopened to the public on Wednesday after management took steps to reduce fears surrounding the spread of COVID-19, which sparked a staff protest.

In a statement, the museum, which is the most visited in the world, said that faced with "legitimate concerns" over the spread of COVID-19, it had agreed to take "extra measures to ensure the safety of both employees and visitors."

New anti-virus measures that have been introduced include wider distribution of disinfectant gels and an increased frequency of staff rotations, so that employees are able to wash their hands more often rather than just using anti-bacterial gel.

Measures have also been put in place in the room where Leonardo da Vinci's Mona Lisa is on display. Instead of being positioned within the room, workers will just be at the entrances.

Staff had refused to work on Sunday and Monday, citing a threat to their health. Employees in France are entitled to refuse working if they think their health or safety is in immediate danger. The authorities said there was no direct risk and no reason to close the museum but unions disagreed.

"The risk is very, very, very great," said Andre Sacristin, a Louvre employee and union representative in a phone interview. "It's only a question of time," he said.

French culture minister Franck Riester had previously played down the fear on France Info radio by saying that Louvre visitors move from room to room, which doesn't present the same risk as a closed concert hall.

Around 35,000 people from across the world visit the Louvre every day. Personnel fear they are at a high risk of being infected. Employees had asked for masks but said they were only given an alcohol-based solution to disinfect their hands.

In 2019, France was the world's most visited country with around 90 million tourists. About 2.7 million of them were Chinese, but they have deserted Europe over the past couple of weeks. The French finance minister Bruno Le Maire said that fear of the COVID-19 virus could lead to a 30 to 40 percent decrease in tourism to his country. Last week, he outlined several aid measures for businesses suffering from the economic downturn caused by the COVID-19 fear.

Other measures to contain the virus include a ban on indoor public gatherings of more than 5,000 visitors, like sports matches and concerts. Major events such as the Paris Half Marathon and the Paris Book Fair, one of the world's largest, were also cancelled. France's president Emmanuel Macron has postponed all his foreign trips that are not related to the COVID-19 virus.

On Tuesday afternoon, Macron also requisitioned all stocks and production lines of face masks, to make sure medical personnel will be protected against the transmission of the virus.

The death toll in France is now four and the country has a total of 204 confirmed cases.