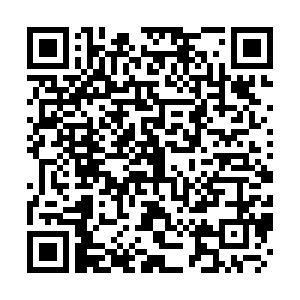 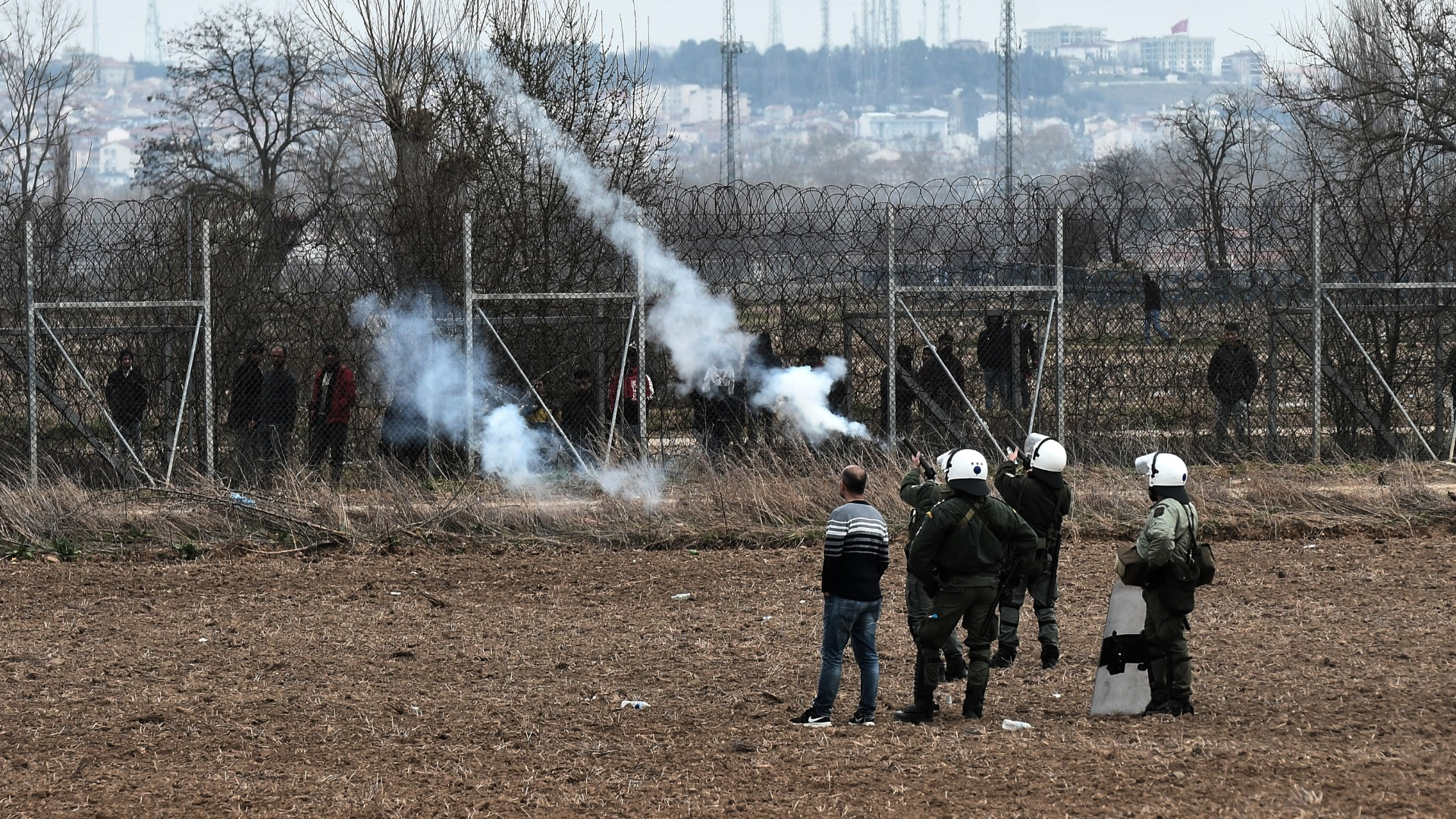 The European Union will deploy its Frontex rapid-intervention border force and grant Greece $780 million of aid to manage the migrant flashpoint at its frontier with Turkey.

Around 10,000 asylum seekers have arrived at the Greek-Turkish land border to attempt to gain entry to the EU bloc. The Greek pushback has included the use of water cannon and tear gas by riot police.

Greece's efforts to stop the immigration flow has been hailed by four central European EU members. The prime ministers of Czechia, Hungary, Poland and Slovakia have all backed Greece.

For the second day running, Greek officials have denied Turkish reports of migrants being killed. On Wednesday, Turkish security officials claimed a migrant died from a chest wound after being shot with live ammunition – a claim "vehemently" denied by Greek government spokesman Stelios Petsas as "fake news."

On Tuesday, Greece also denied a Turkish claim that Greek forces had killed three migrants trying to cross to its territory. 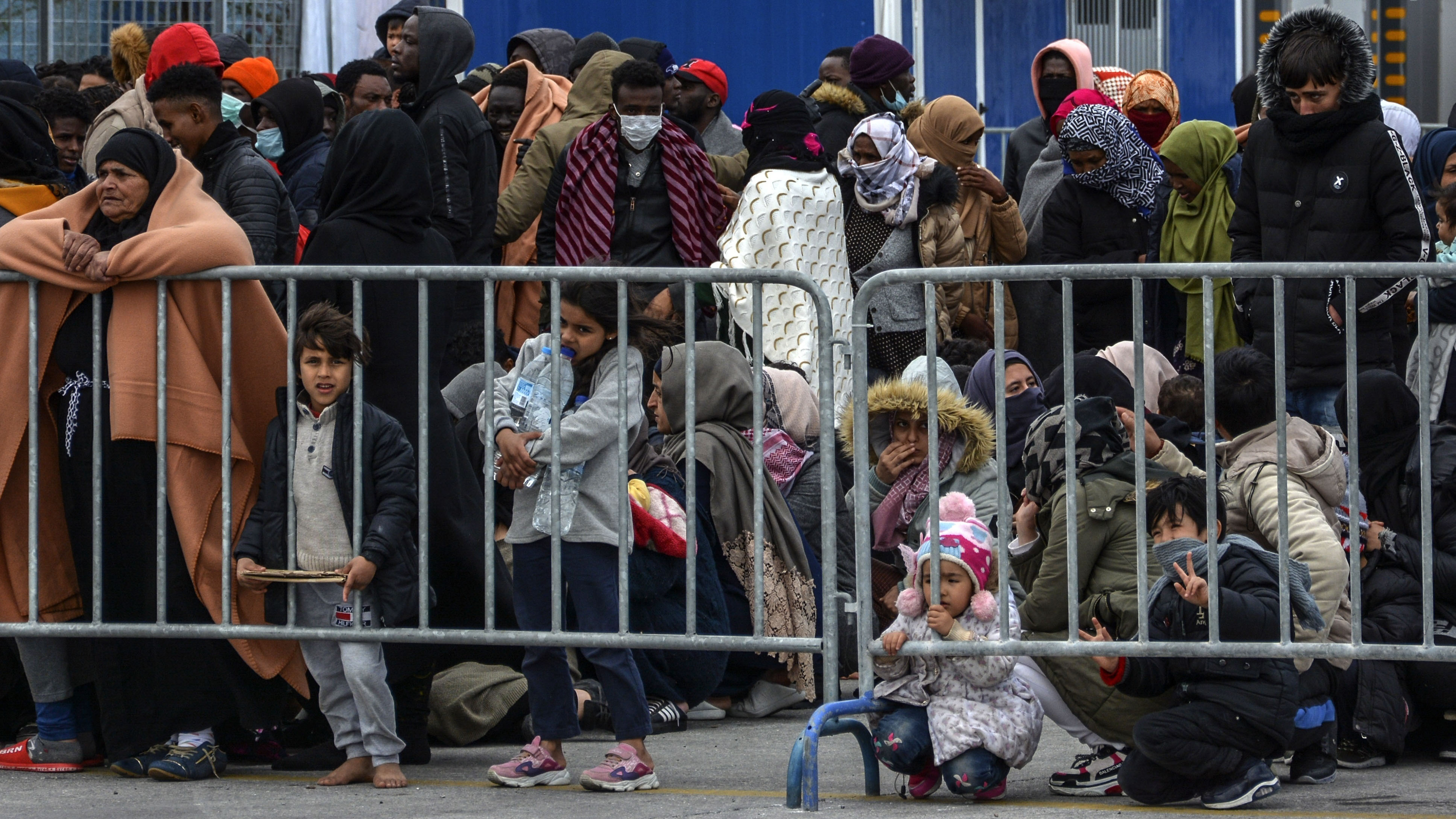 Migrants at the port of Mytilene, wait to receive food and water from Greek authorities on the island of Lesbos. /AP/Panagiotis Balaskas

Migrants at the port of Mytilene, wait to receive food and water from Greek authorities on the island of Lesbos. /AP/Panagiotis Balaskas

After flying over the border area by helicopter, European Commission President Ursula von der Leyen said the EU would provide Greece with "all the support needed," insisting that "those who seek to test Europe's unity will be disappointed" because "we will hold the line and our unity will prevail."

Describing Greece as a "shield" for Europe, she said the bloc would provide the country with $780 million, half of it immediately.

Von der Leyen also announced that Frontex will deploy a rapid intervention team, with an additional 100 guards backed by coastal patrol vessels, helicopters and vehicles. Frontex, also known as the European Border and Coast Guard Agency, can supply up to 1,500 extra guards within five days, assembled by quota from around the union.

"Our first priority is making sure that order is maintained at the Greek external border, which is also the European border," Von der Leyen said. "I am fully committed to mobilizing all the necessary operational support to the Greek authorities."

The mobilization has triggered comparisons with the 2015 migrant and refugee crisis that brought millions of people, many of them from war-torn Syria, to Europe.

Czechia's prime minister Andrej Babis said: "Greece is indeed active, it has stopped illegal migration and we appreciate its efforts to defend the [EU's] external border.

"The situation on the EU's border is really serious and we want to do our best to prevent a return of the 2015 situation."

Babis added that the V4 states are "ready to send help" to Greece.

Mass migrant and refugee flows in 2015 led the EU to consider distributing migrants across the bloc, a move that failed after the Visegrad countries opposed it.

Refusing to accept migrants of Muslim background, Hungary's populist prime minister Viktor Orban claimed on Wednesday there were "already 130,000 migrants north and west of the Greek-Turkish border that are headed in the direction of Europe."

Orban added: "So, in itself defending the Greek-Turkish border won't be enough, we have to do something about those 130,000 people who ... are heading north. The Greeks have already let those through."