Modest fashion: How the industry is waking up to the billion-dollar sector
Arij Limam and Katherine Berjikian 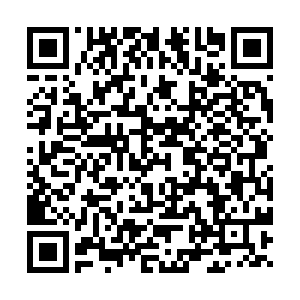 Modest fashion is no longer an obscure term. From high fashion to the high street, more brands and stores are embracing the concept and advertising fashionable styles in campaigns and on catwalks. 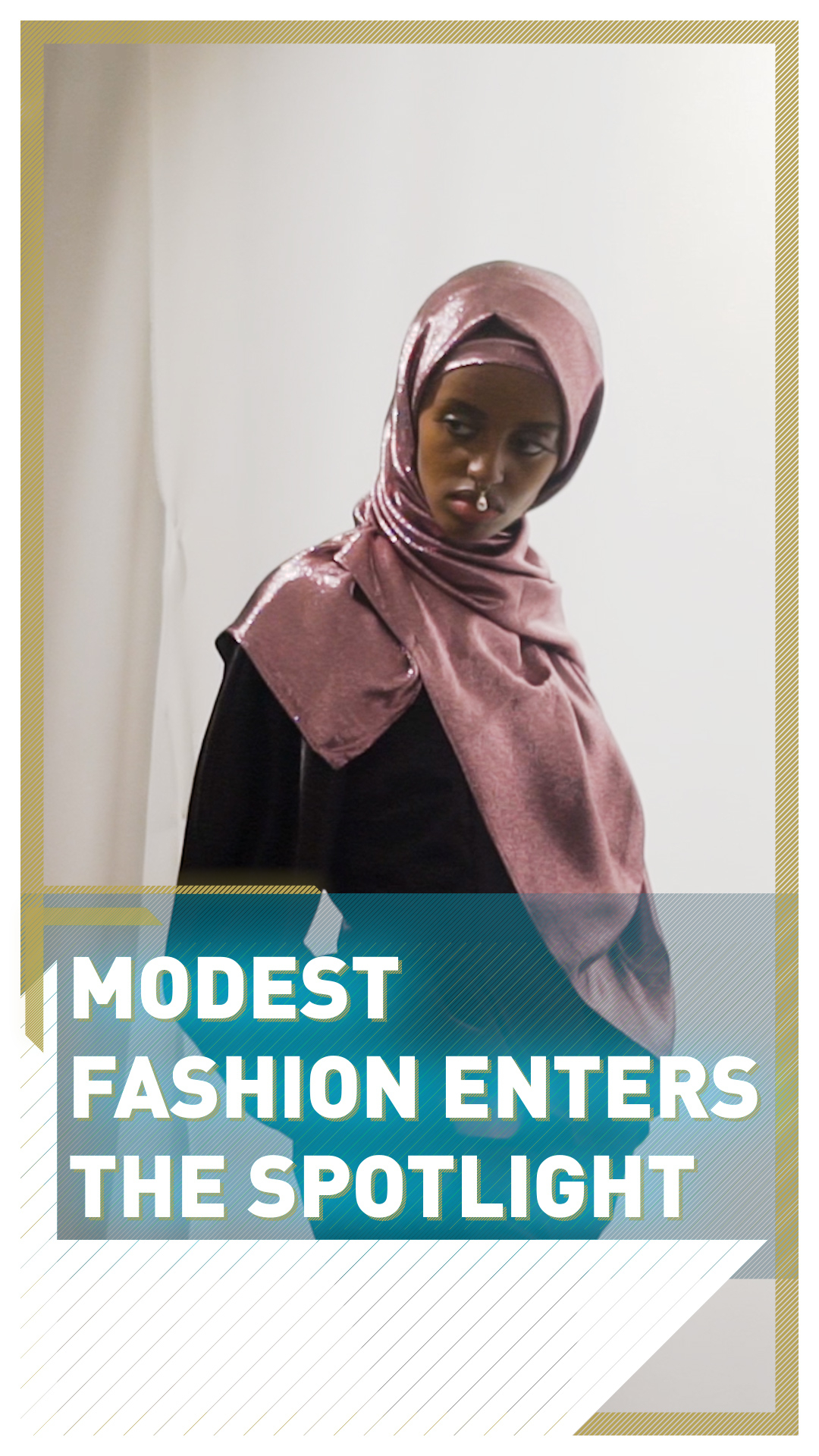 While modest styles and individual pieces have been visible on runways in Europe for the past couple of years, designers are now creating entire labels dedicated to fashion-conscious modest dressers.

One of these designers is UK-based stylist Deborah Latouche, who launched her debut modestwear label, Sabirah: Beautifully Modest, at London Fashion Week (LFW) from 14 to 18 February.

Speaking to CGTN Europe at LFW, Latouche explains why she launched the label. "It came out of a need for me - as a Muslim, as a creative, as a person in fashion - wanting to wear stuff which was cool, which I enjoyed, which I loved, which is colorful," she says. "Just to bring a new narrative to what it is to be a modest dresser." 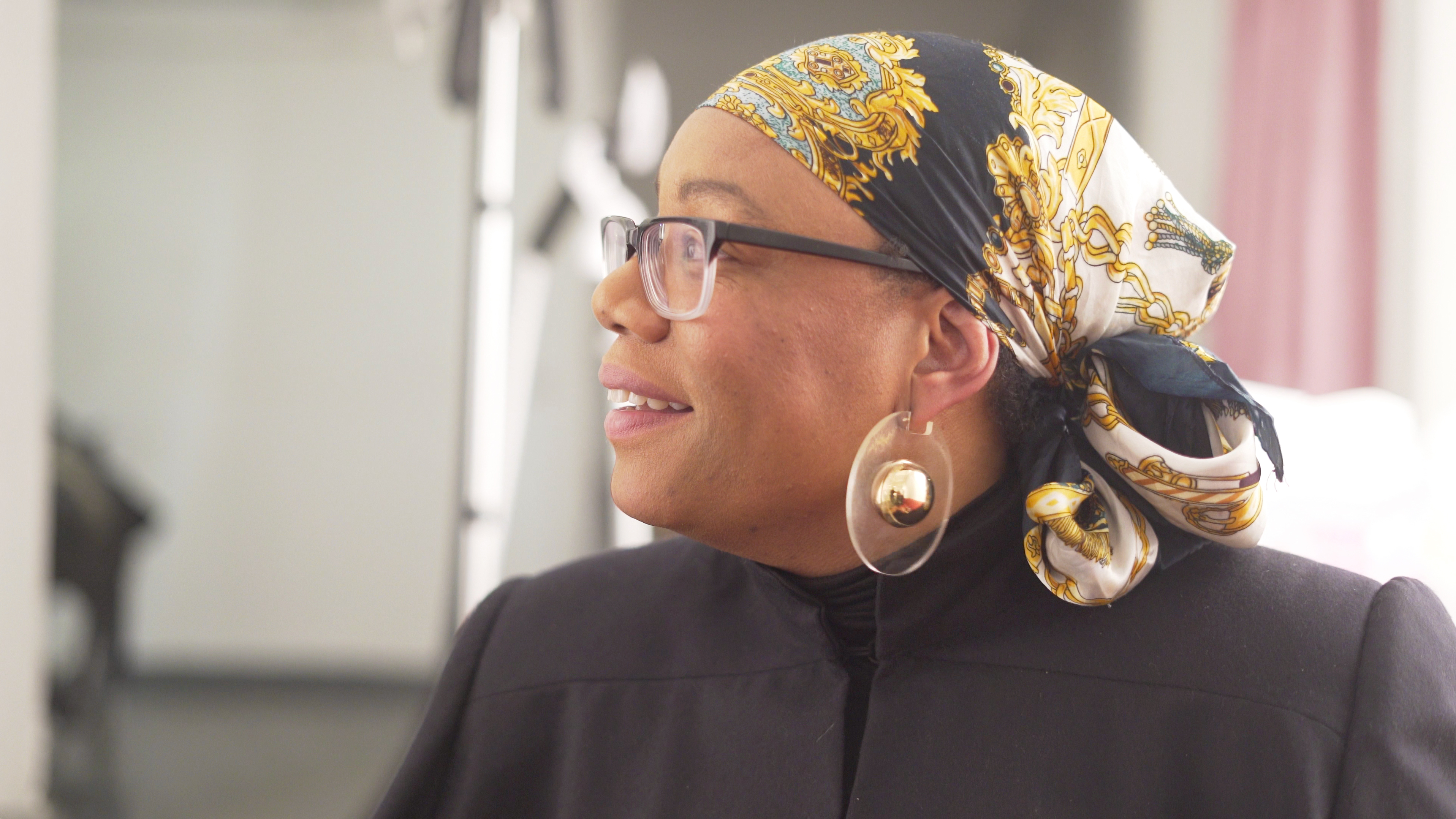 What is modest fashion?

Modest fashion encompasses a wide variety of styles and can mean different things for different people. But for most modest dressers, Latouche says it's about "not feeling the need to show everything."

The styles usually include longer hemlines and sleeves, higher necklines and garments that are looser and non-transparent.

Modest fashion is often associated with Muslim women who choose to cover their hair in a headscarf, or hijab. But it also appeals to those of all cultural backgrounds and all faiths or none, who choose to show less. 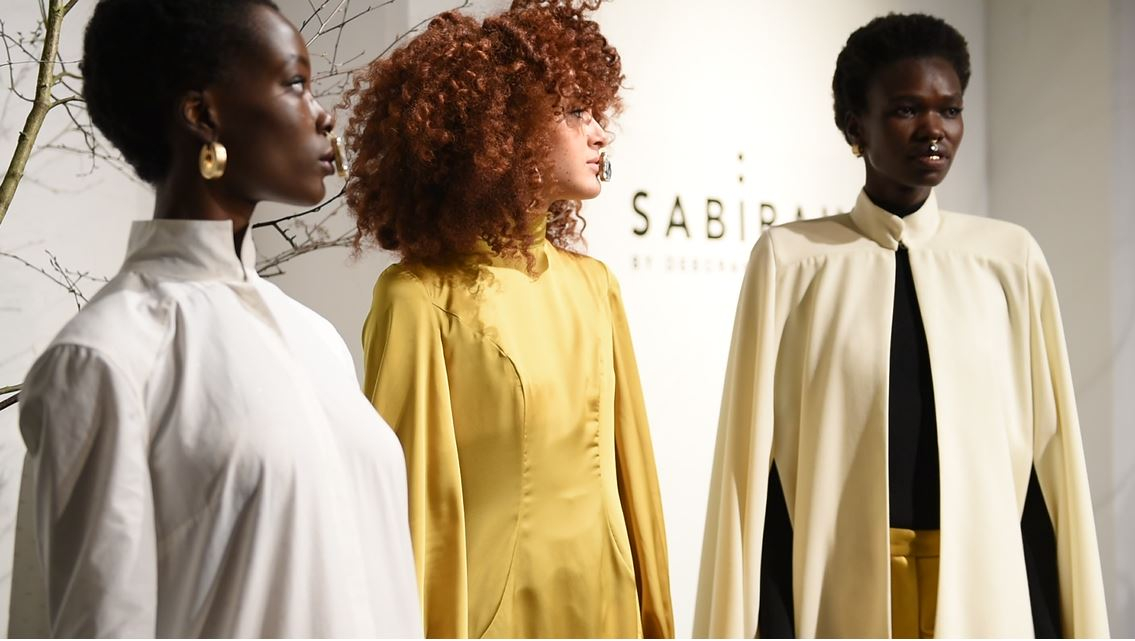 How popular is it?

According to a 2018 report by Thomson Reuters and DinarStandard, $270 billion was spent by Muslim consumers on modest fashion in 2017.

A DinarStandard report the following year showed $283 billion was spent in 2018. The report projects 4.8 percent year-on-year growth for the sector and estimates that sales are expected to reach $402 billion by 2024.

For the past few years, fashion brands have noted this growing trend and many have rushed to cater to this relatively untapped global billion-dollar industry. 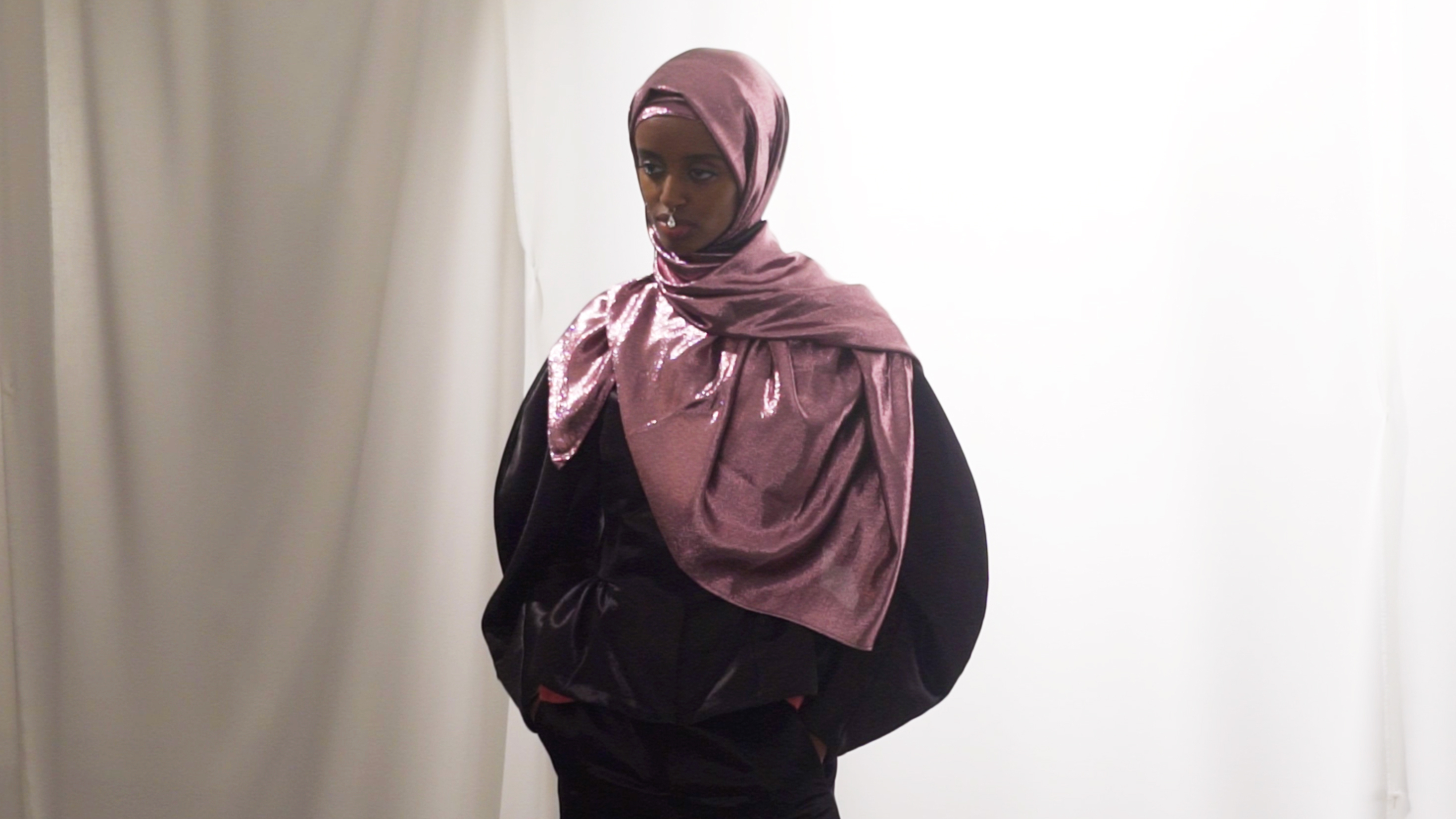 In 2018, Aden also became the first hijab-wearing woman to grace the cover of British magazine Vogue in its 102-year history. Aden, who is signed with IMG models, has walked down runways for designer labels including Kanye West's Yeezy, Max Mara, Alberta Ferretti, Tommy Hilfiger and others. 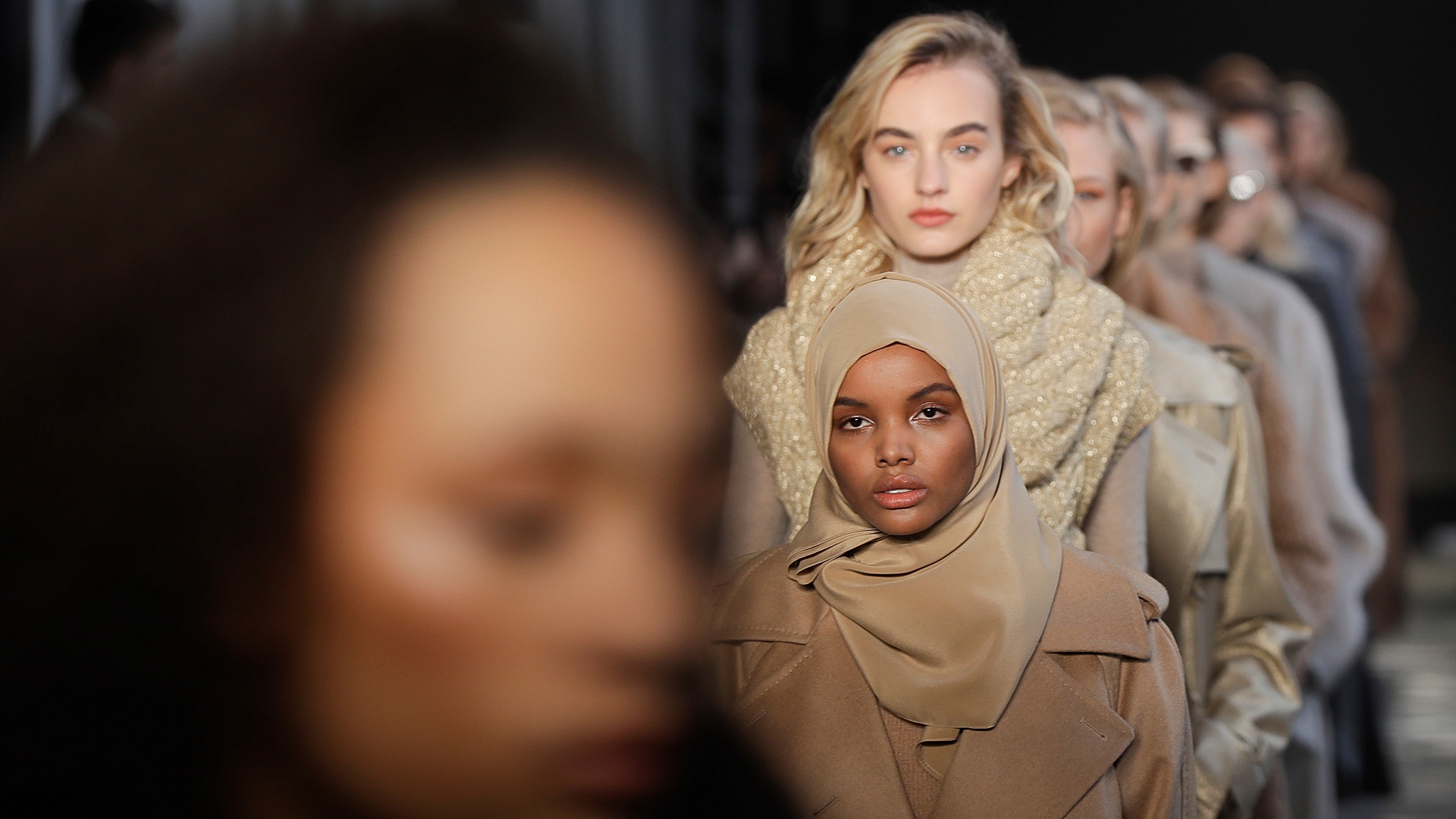 Following the success of this line, Nike recently launched a modest swimwear collection, Victory Swim, and featured women in hijabs in its campaign video.

But with a price tag of $600 for the full modest swimsuit, many modest-dressers have raised concerns.

Some have said that while top designer brands appear to be becoming more inclusive, they are in fact cashing in on the growing modest market – and pricing out those whom the market was supposed to accommodate.

Neverthless, as modest fashion continues to trickle down from high-end labels to high streets, some of these concerns of affordability have been addressed. From major online retailers such as Asos to high street stores including Mango, modest fashion is becoming more mainstream and more affordable.

In 2015, clothing retailer Uniqlo collaborated with a UK-based fashion designer to launch a modestwear collection, including a range of hijabs.

The global high street brand then went on to launch an entire modest clothing collection named LTD Collection in 2018. 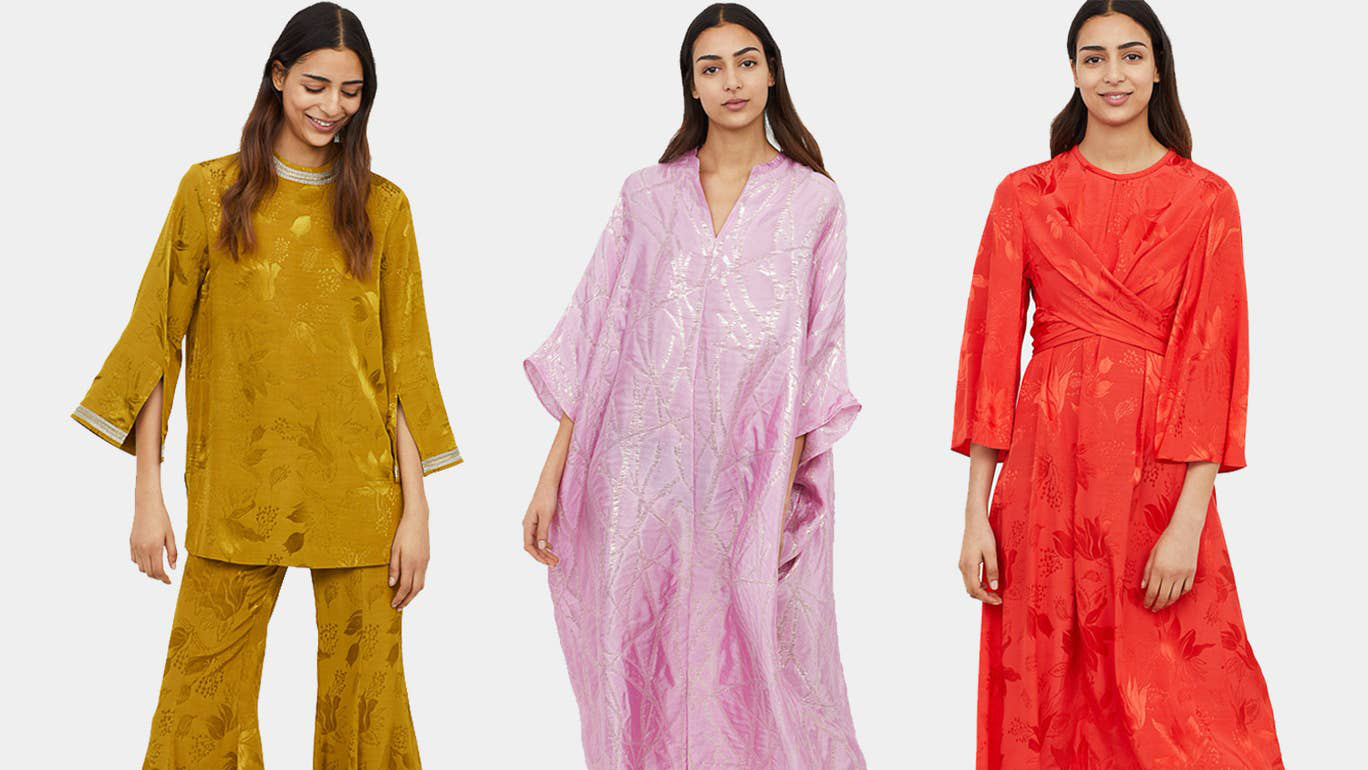 What does the future look like for modest fashion?

Predictions have been cast that the industry is only set to grow further. As buzzwords such as sustainability and inclusivity continue to dominate the fashion industry, brands and designers follow suit.

Demand for modest fashion is apparent to the extent that it even has its own fashion week. In 2017, London hosted its first Modest Fashion Festival, featuring a diverse array of luxury and contemporary fashion brands.

Modest fashion weeks have also been taken place since then in cities including Dubai and Amsterdam, with fashionistas set to gather in Istanbul in April 2020.

Designers such as Latouche, however, would like to see modest fashion brands become more incorporated in major fashion weeks in New York, Paris, London and others – rather than appear on the sidelines or in other brands as one-off pieces.

"For me, it's incredibly refreshing to see that and to kind of embrace that inclusivity," Latouche says. "I'm hoping that fashion is really expanding on, you know, different colors, different sizes, different religions. It is so important that there isn't just one thread throughout fashion, but that everybody is recognized through it," she adds.

With Latouche's modest label debuting at London Fashion Week this year, she hopes this will pave the way for other modest designers and labels to take on the international fashion stage in the future.