'Made in Italy': What does the label mean for Italian fashion?
Giulia Carbonaro in Milan 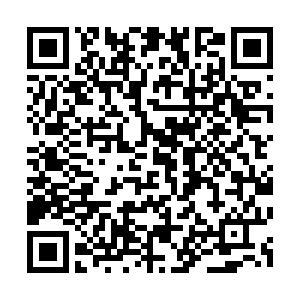 'Made in Italy' has become a synonym for the timeless elegance, impeccable style and glamour that characterize Italian fashion, a promise of high quality products and traditional craftsmanship.

Last week Milan was once again the centre stage of international fashion, hosting the 2020 edition of the city's Fashion Week. This year the outbreak of COVID-19 caused the absence of many Chinese designers and Giorgio Armani sending his models down the runway in an empty theater. Technology as brought it to help the disruption as designers were beamed in by video link and shows were streamed online. The most celebrated fashion brands in the world knew they must showed off the new collections there.

Milan hosts this trade show twice a year and the city has become one of the fashion capitals of the world and a symbol of the charm and refinement represented by Italian fashion.

But it's not only a matter of prestige: the fashion industry in Italy was worth 1.3 percent of the entire national GDP last year and it's a sector that has grown independently of the troubles haunting the Italian economy.

But how much of the 'Made in Italy' today is still actually made in the territory and follows the long tradition of Italian meticulous artisanal work?

Since the Renaissance and even the Middle Ages, Italy has been renowned internationally for its fashion and production of refined textiles, shoes, leather goods, and jewelry. 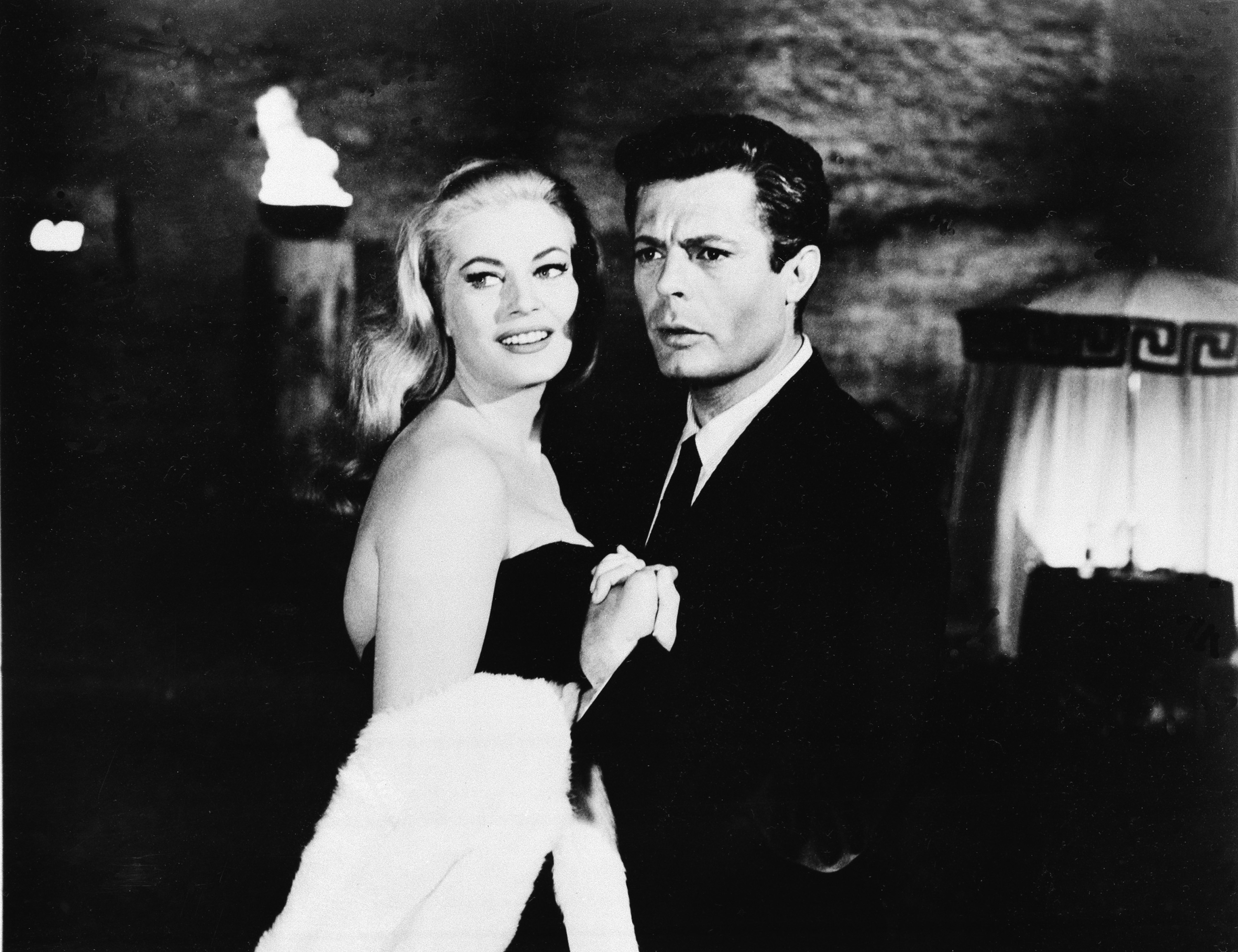 But the country only became an international player in the 1950s and 60s, with the American market opening to Italian fashion designers and the success of movies such as Federico Fellini's La Dolce Vita and Roman Holidays, which portray Italy as a country of elegance, indulgence, and passion.

Nowadays there's still something nostalgic about the way people look at Italian fashion, surrounded by a myth that has its roots in the glamorous 1950s and '60s, Italian lifestyle was made iconic by cinema.

The Italian fashion industry is somehow also tied to this fantasy of the past: the sector is considered quite conservative and takes pride in its traditions.

Most of the biggest, most profitable brands are still owned by the big fashion family that founded them. And young Italian designers struggle to emerge. 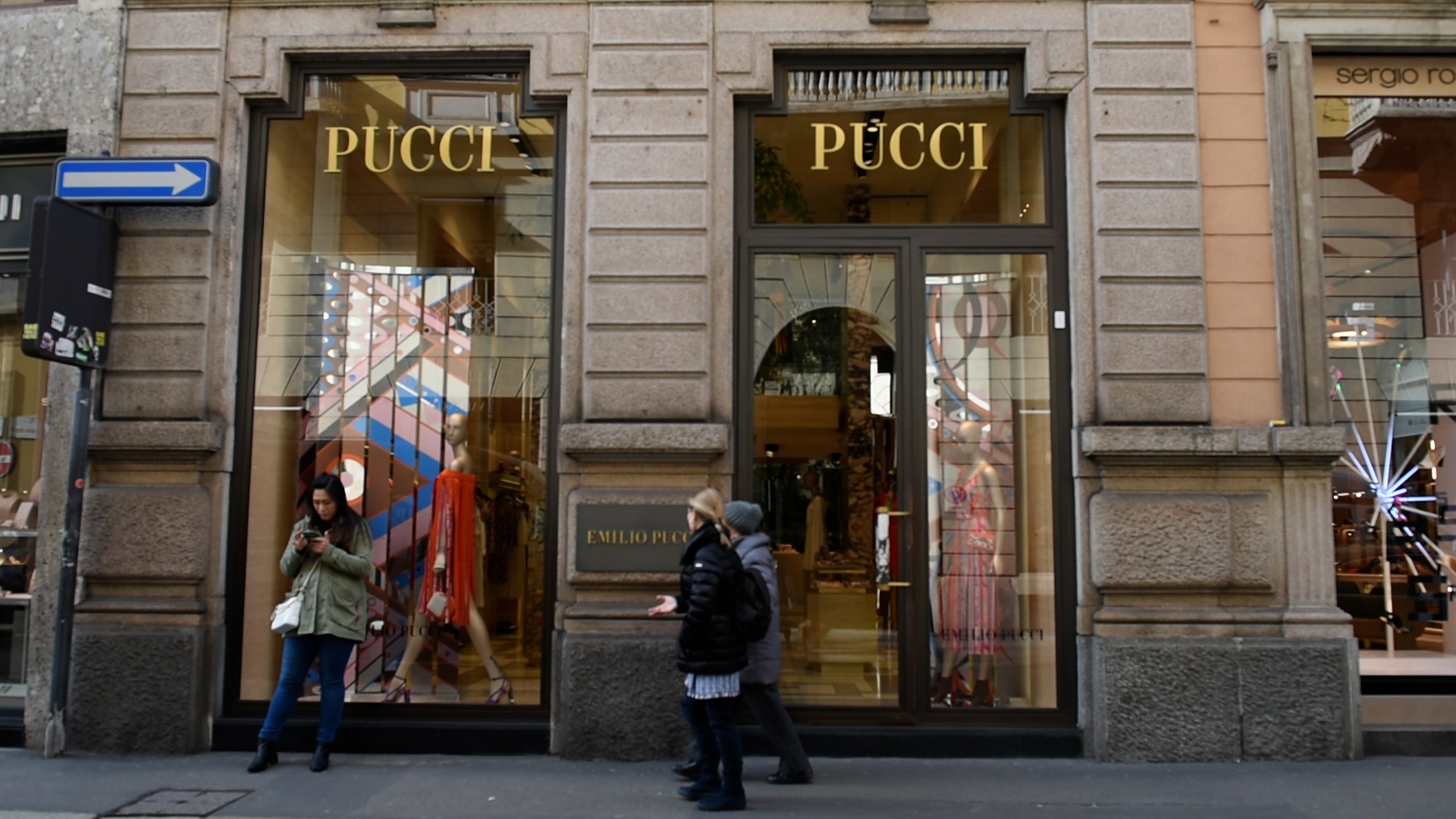 A flourishing industry in a struggling economy

The European Commission forecasted in July 2019 that Italy's growth will be of the 0.7 percent in 2020, which would make the country the slowest-growing EU economy. But the fashion industry is a reliable sector that - before the coronavirus outbreak - had foreseen a 2 percent growth for 2020.

The 'Made in Italy' label was worth $2,110 billions in 2019, according to the annual report produced by Brand Finance, making Italy number ten in the world for most successful and profitable nation brand value. The fashion industry alone is worth almost 20 billion dollars.

Italy is an uncontested international leader in the leather sector, a traditional industry in Italy since the 1500s.

"Italy today represents 65 percent of the European [leather] production and 22 percent of the world one," explains Fulvia Bacchi, Director General of Lineapelle, the biggest international fair in the leather sector.

"From a quantitative perspective, there are countries like Brazil, China, India and Pakistan with a relevant leather production, but they don't have the same quality standard."

When asked how a small country like Italy continues to lead the sector, Bacchi points out that the industry thrives on the virtue of its independence.

"If the Italian leather industry is at this level, it's thanks to its private investors."

However, it's not so easy for Italy to maintain relevance in the international market in other areas. The globalization of the industry continues to challenge Italian fashion.

First of all, many iconic Italian brands are not Italian at all anymore. According to the annual report made by Area Studi of Mediobanca, as much as 40 percent of the main Italian fashion brands are in foreign hands. Of the 163 companies that count yearly revenues of more than 100 million dollars, 66 belong to foreign firms, 26 of which belong to French investors, six to British, six to American, and six to Swiss companies.

Many iconic Italian brands have been gobbled up by international investors. Versace was sold to Michael Kors. Gucci, Bottega Veneta, and Pomellato now belong to the French group Kering, while Pucci, Fendi and Bulgari are under the umbrella of the other French giant LVMH group. 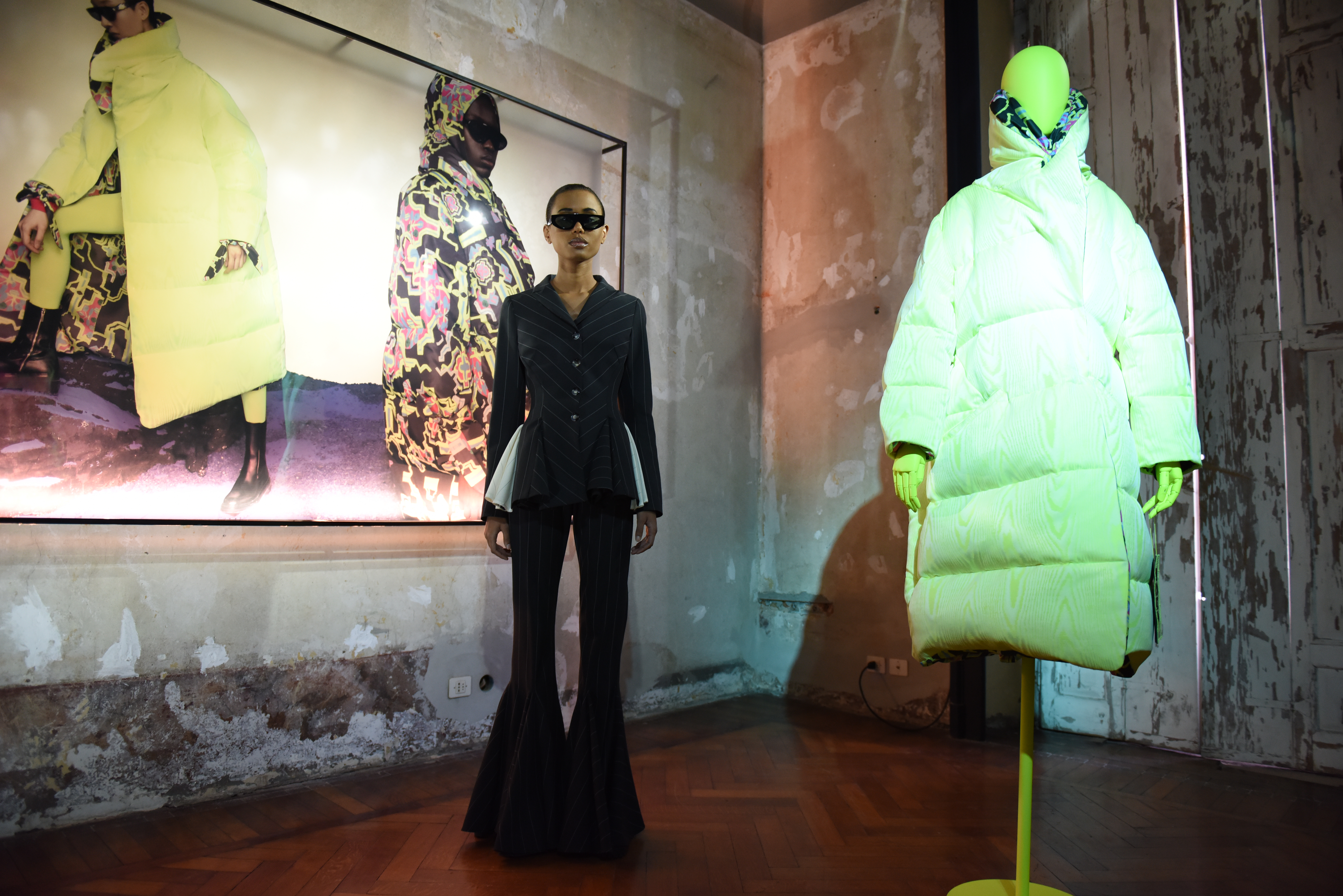 "The acquiring of Italian brands by big foreign groups leads to a globalization and massification of the product, it's a choice that a brand has to make," says Marco Calcinaro, CEO of Cesare Paciotti, an Italian brand that makes luxury shoes.

"If they want to keep being a niche product in order to be independent in terms of style, they can't comply to the mechanisms of the market."

Italian brands must now compete with cheaper labor abroad and economies of scale enjoyed by the big international fashion conglomerates. This has forced some Italian companies to diversify their supply chains, sometimes losing control of it along the way. These practices threaten the authenticity of the 'Made in Italy' label.

"I hope that [Made in Italy] keeps being relevant, because the craftsmanship and artisanal work in Italy is still of very high quality," says Alessandro De Benedetti, creative director at iconic fashion brand Romeo Gigli during Milan Fashion Week.

"We have these shirts, handmade in the region of Abruzzo by old-fashioned artisans. I believe that we really need to promote the artisanal capabilities – beside the creative ones – of the manufacturing sector in Italy, because it's the best in the world." 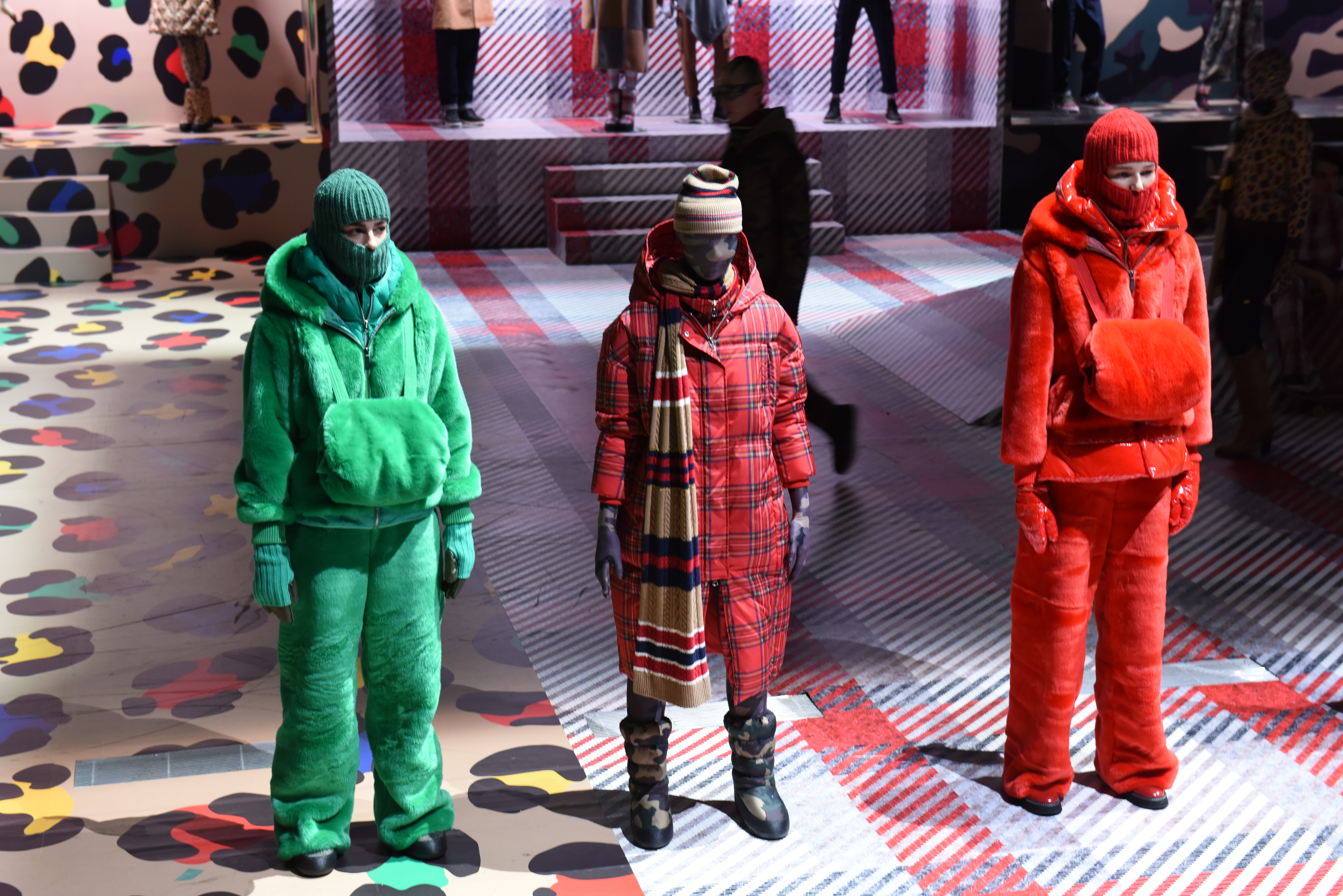 The problem with manufacturing

The opaque nature of the supply chain has resulted in questions being raised around the origins of the manufacturing of Italian's high fashion brands' luxury products. Stories of underpaid labor, undocumented workers and tax evasion have emerged on multiple occasions in the last decade or so.

In 2007, the national television program 'Report' revealed that many of the products labeled 'Made in Italy' and sold for thousands of dollars on the international market were made by undocumented migrant workers in unregulated conditions. It also revealed they were paid less than $5 per hour which was half of the national minimum wage at the time.

The same year the New York Times joined the international outcry against the conditions of manufacturing within the fashion industry in Italy, revealing that there were still low-paid, mostly female artisans working from home on behalf of Italian luxury fashion brands.

According to Tania Toffanin, who wrote a book titled Fabbriche Invisibili (Invisible Factories) about the practice of working from home in Italy, it is impossible to know exactly how many people in the country work on behalf of the fashion industry within the four walls of their homes.

"The fashion industry in Italy was built on the work of female homeworkers. Nowadays there are only a few that I know about, but institutions should do a thorough research. Certainly it hasn't disappeared entirely," says Toffanin.

"In Italy those homeworkers in the 1950s and '60s - who were extraordinary artisans - established the level of perfectionism and attention to details that have made, effectively, the Italian fashion industry." 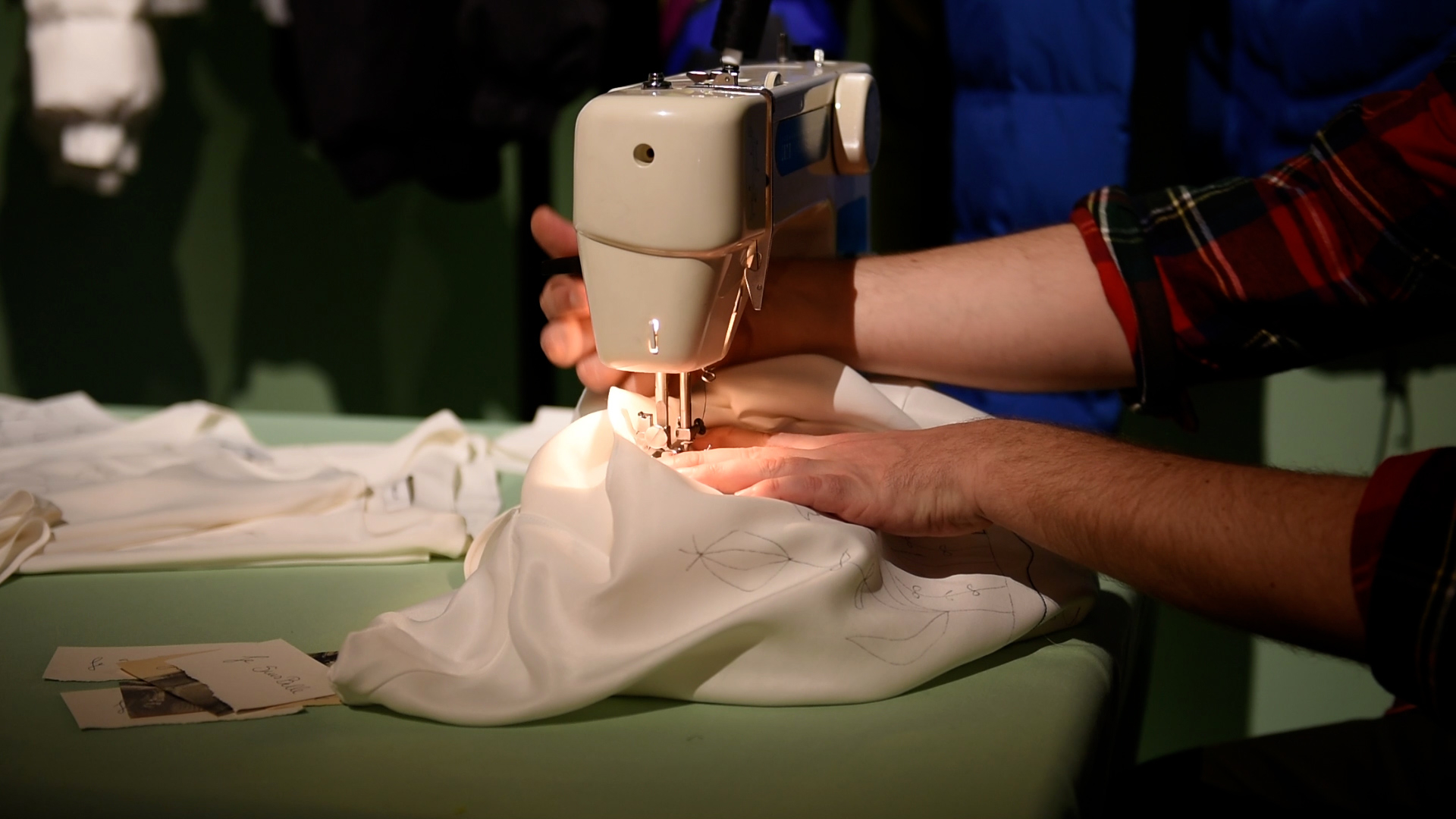 Deborah Lucchetti works for Abiti Puliti in Genoa, the Italian branch of Clean Clothes, a global network that aims to improve conditions of workers in the garment sector.

"More common than homeworkers today are the little sweatshops, like the recent case of the illegal laborers found around Naples last year," says Lucchetti.

"The Carabinieri (part of the Italian police force) inspected a laboratory and found behind a shut door, in a room with no windows, 40 or so workers hiding."

Lucchetti is talking about the case of an inspection by the Italian police in November 2019 that found 56 unregistered workers on a total of 78 employees of a small shop close to Naples that made leather products for big fashion brands.

These forms of illegal hiring of the labor force is not uncommon in the shoes, leather, and textile sector in Italy. The police is cracking down on it, but it's working against a spreading culture of abuses and the pressure of the capitalist system on the industry.

The investigations led by the international and national media - and the accusations which accompanied them - are often received with outrage in Italy and by the fashion industry. But the supply chain of Italian fashion brands' products is still in question, partly due to the fact that the label of 'Made in Italy' can legally be applied to the final product, regardless of where that has been processed before landing in Italy.

"The concept of 'Made in Italy' is often imaginary, it's a rhetoric – what is 'Made in Italy'? If I produce in Italy the creative part but then the final product could be made in Albania or Serbia" says Lucchetti.

"It's a diluted concept that sells the idea of a territory and its history but actually it has a fluid and weak connection with the Italian territory nowadays."

According to Lucchetti, an industry that pushes companies to rely on the shadow economy is a natural consequence of the rules that guide the fast-fashion industry and the global supply chain.

"Maybe twenty years ago the brands could say they didn't know about these abuses, but now they know," says Lucchetti.

"They should denounce the commercial practices that force them to rely on these resources at the margins of legality, and they should renounce part of the profits to guarantee a fairer manufacturing labor."