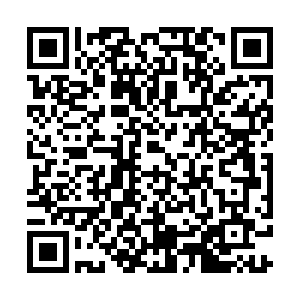 "There cannot be a free trade agreement that doesn't protect the interests of our employees... This must be made clear to our British counterparts."

Michael Roth, German minister for European affairs, spoke to the press in Brussels this morning, as the EU set out its initial negotiating position for post-Brexit trade talks with the UK government.

Also in Europe, news statistics from Germany show its economy contracted in the fourth quarter of 2019, with a small drop in exports. Meanwhile, COVID-19 may affect Italy's GDP figures and the country's government has warned the EU it may need to step in, if the outbreak causes long-term problems for the already weak economy.

Elsewhere, it's been a positive year in Europe and Asia for the makers of Cuban cigars. Sales jumped by at least two percent in several markets, including Spain and Germany.

And in more COVID-19-related news, online travel retailer Expedia has revealed it is planning to cut several thousand jobs, a week after delaying its 2020 forecast due to the travel restrictions put in place following the outbreak.

Finally, continuing our CGTN Fashion Week, make sure you click on the link to our video following the life of a garment – it's an eye-opening piece looking into the true cost of your wardrobe.

I'll finish by welcoming all the new subscribers – it's great to have you on board! Don't forget, you can let us know what you think and what you want to see more of via the email address at the bottom of this newsletter. And if any of your friends or colleagues aren't signed up yet, remember to forward this email and they can sign up for free here.

Brexit may have happened, but the negotiations on the future EU-UK relationship are only beginning. Now "red lines" have been drawn by Brussels and London, with future arguments teased on alignment of regulations and UK sovereignty.

New data from Germany's Federal Statistics Office confirmed the nation's exports fell by 0.02 percent in the fourth quarter of 2019, confirming Europe's largest economy had begun to contract before the COVID-19 outbreak.

British supermarket chain Tesco, the UK's largest retailer, has completed its exit from China with a $357 million deal with it's joint-venture partner China Resources Holdings. Tesco has also recently left the Japanese, U.S., and Republic of Korea markets.

Japanese airline ANA said it plans to buy 15 Boeing 787 Dreamliners. Although the planes won't be delivered until 2022, the purchase takes some pressure off the manufacturer, which is still reeling from the grounding of the 737 MAX models.

Singapore Airlines has frozen recruitment, deferred spending and cut 3,000 flights to the end of February, after COVID-19 began to affect the Asian flight market. The cut amounts to 10 percent of the carrier's scheduled capacity.

The EU competition regulator has expanded its investigation into sunglasses manufacturer EssilorLuxottica's takeover of Dutch optometrist group GrandVision. The $7.8 billion bid is being investigated over concerns the merger could harm customer choice and push up prices.

Web travel agent Expedia said it plans to cut 3,000 jobs. At least 500 will come from its Seattle, U.S. headquarters. The firm has already said it will not yet be releasing a forecast of the year ahead, as it takes stock of the COVID-19 effect.

Tesla will be the focus of a U.S. National Transportation Safety Board public hearing, to discern the probable cause behind the fatal 2018 crash involving the firm's "Autopilot" software. The "advanced driver-assistance system" was in operation when Walter Huang crashed at 70 miles per hour (112.6 kilometers per hour) in California.

The Asian Infrastructure Investment Bank (AIIB) is contributing $1 million to help China control the spread of COVID-19. The amount comprises donations from AIIB staff and matching funds from the bank. The contribution was used to purchase medical equipment to help front-line health care professionals battling the coronavirus outbreak in Wuhan and Beijing.

China's electric vehicle maker Nio announced it had reached a finance agreement with officials in the eastern Chinese city of Hefei, where the company's joint manufacturing plant with JAC Motors is located. Nio has yet to reveal the details of the funding agreement, but the government expects the investment will exceed $1.4 billion.

It's been a good year for Cuban cigar makers, with sales reaching at least $531 million, according to Habanos, the arm of the Cuban state tobacco company that controls the export of Cuban cigars. Spain, China, Germany and France were the most important markets, with two percent increases in sales, year-on-year.

Some of China's biggest businesses are enticing workers back to factories with bonuses, as the nation tries to spark its economy following the hit from COVID-19. The Chinese government is also providing transport and even charter flights to get workers home.

Despite the coronavirus outbreak and its effect in Southeast Asia, Big Hit Entertainment, the firm behind K-Pop sensation BTS, is moving forward with its IPO. The popularity of the boy band in the Republic of Korea, and the genre's burgeoning fan base around the world, means it could raise as much as $1 billion.

Italy has warned the European Union it may miss GDP targets as a knock-on effect of the COVID-19 outbreak in the north of the country. The virus has killed at least seven, and has forced schools to close and the cancellation of the famous Venice Carnival.

Experts are warning that the fashion industry is propelling us toward climate calamity. To find out how, Katherine Berjikian followed the life of a garment. 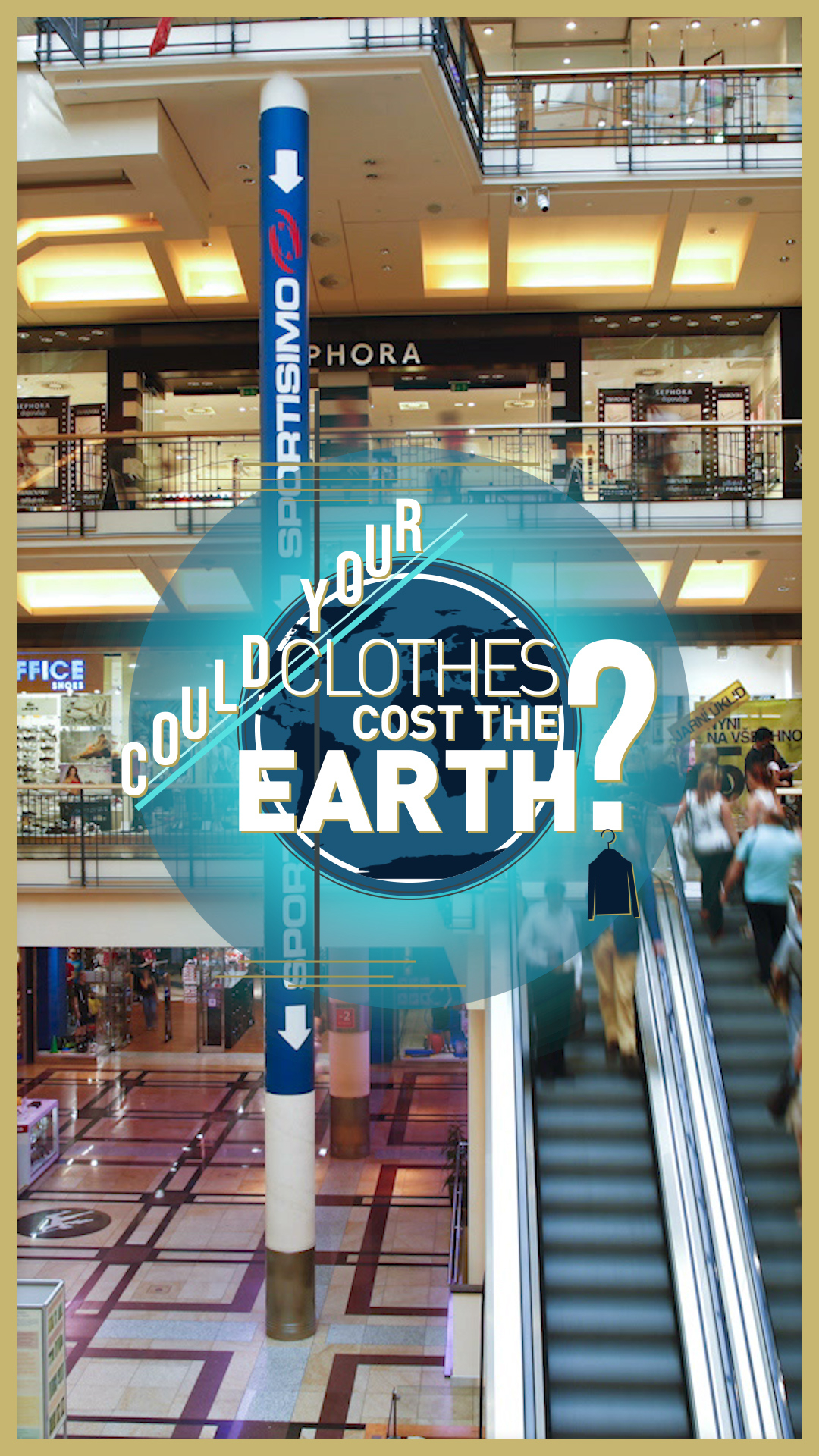 Pasi Penttinen is the principal expert at the European Centre for Disease Prevention and Control. He spoke to CGTN Europe from Stockholm about the global reaction to COVID-19 and the World Health Organization's likely next steps.

First of all, you are the experts in disease prevention and disease control – how is the international community doing on this?

At the same time, the response is also quite unprecedented. Colleagues and authorities in China have taken measures that have never before been seen in infectious disease control.

And the amount of scientific assessments coming out of this situation within the past two months is also something that has been just difficult to follow... how fast things are moving.

Talk to us about Italy for a moment, what are your thoughts on the way that COVID-19 has hit Italy so quickly and so widely?

Indeed, this is the fastest moving situation in Europe that we are monitoring right now.

We have a team together with WHO Europe who are in place supporting the local authorities and trying to draw lessons learnt already at this stage.

We have been saying that there is a real possibility to see imported cases in Europe and see these kinds small outbreaks emerging from those clusters. So then, we do believe that there is still a moderate-to-high risk of seeing similar kinds of events happening in other countries in Europe.

So, is it of concern that the source of that cluster of infections is still unknown?

Now it's mainly of academic interest. I think it is very clear at this stage that the vast majority of the cases are getting infected from other people.

What the original source was and whether it was a direct infection from bats, bat droppings or there was an intermediary animal host in between, that will be an important piece of research going forward to prevent future events like this. But right now in managing this global outbreak, it's not really of major importance anymore.

What would change if the World Health Organization declared this event a pandemic? What does that mean to international health authorities that you work with?

I think, in general, just as the declaration of a public health event of international concern that the WHO has already gone out with, a declaration of a pandemic... is mainly a call for focusing the global health authorities' attention on a topic and rallying the global communicable disease control forces around a common theme.

I'm not actually sure what they would even do in this kind of situation, because the format is normally meant for influenza pandemics.

There have been lockdowns in hotels and elsewhere in the world – are restrictions effective? What are the risks that they perhaps can create as well as solve?

It is almost impossible in today's interconnected world to completely limit or restrict travel from any single part of the world. We know that for influenza pandemics, including the 2009 pandemic, this kind of heavy restriction worked only in really secluded societies – small island nations able to completely control entry of people into their areas.

And in those situations, you could certainly delay the entry of the virus into the area and the country. But even that delay is a temporary measure.

Did you know how much oil was used to produce the clothes you're wearing today? Remember to click on the video above to see how you can help change the fashion industry. 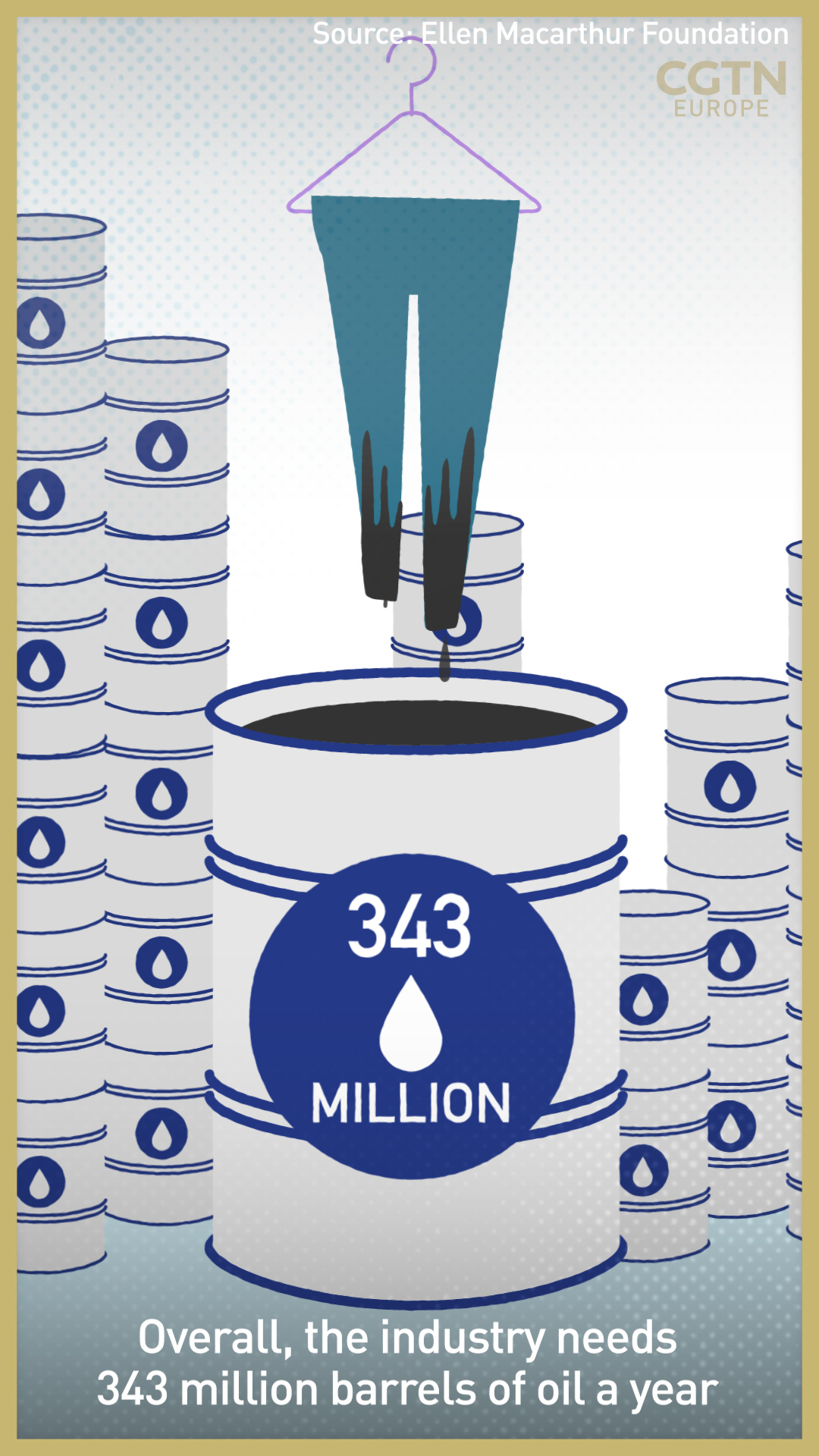