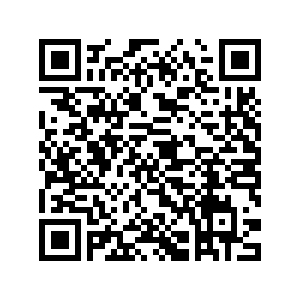 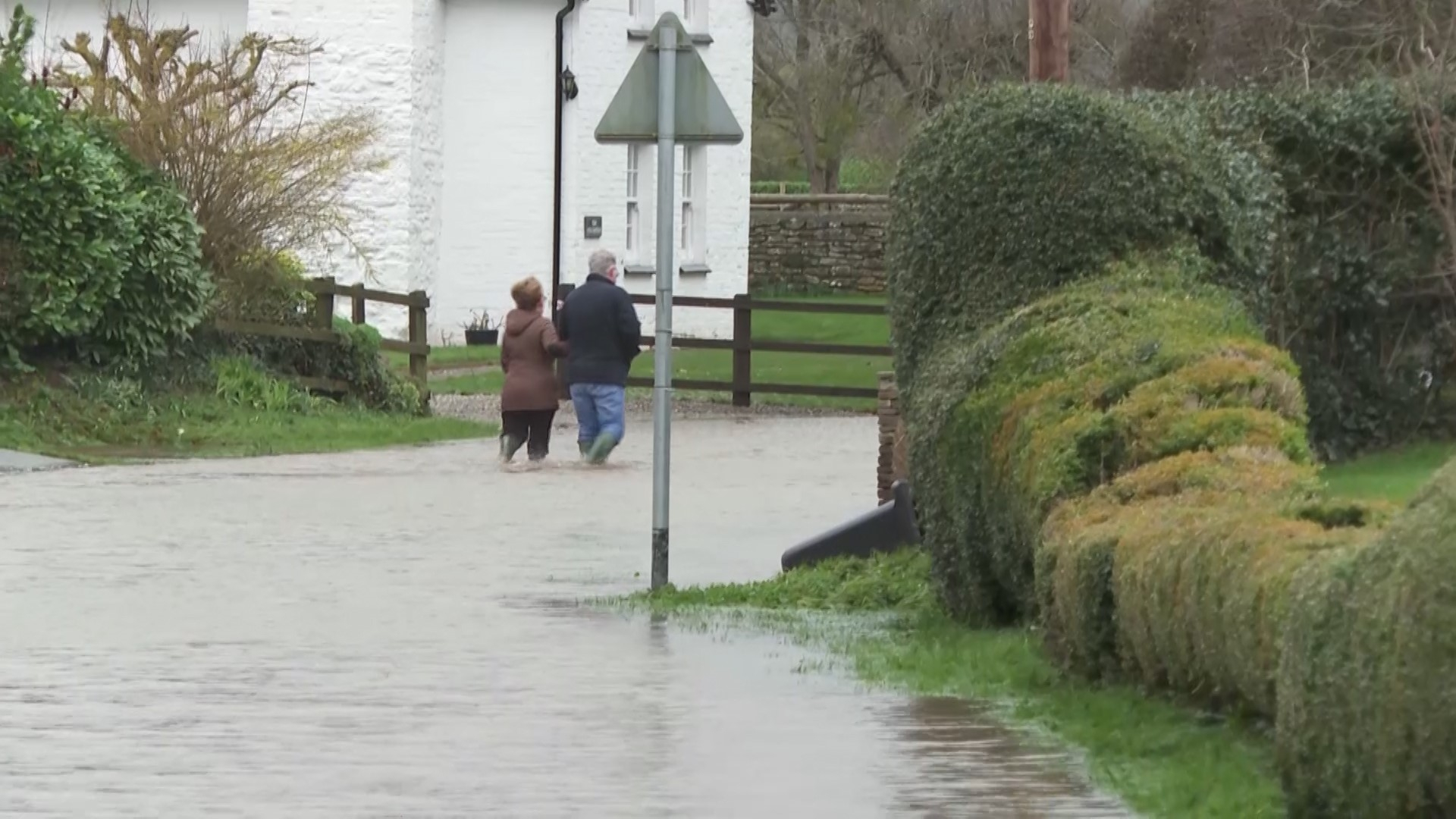 In the UK … weather forecasters are predicting more rain. After two weeks of storms, another deep low-pressure system is expected to fall on already sodden ground.

It will be the third week in a row where heavy rain has fallen, triggering fears of further flooding to homes and businesses.

Not only are there fears further heavy rains could result in repeat flooding, but there are genuine concerns among many as to whether they'll be able to get flood insurance in the future. 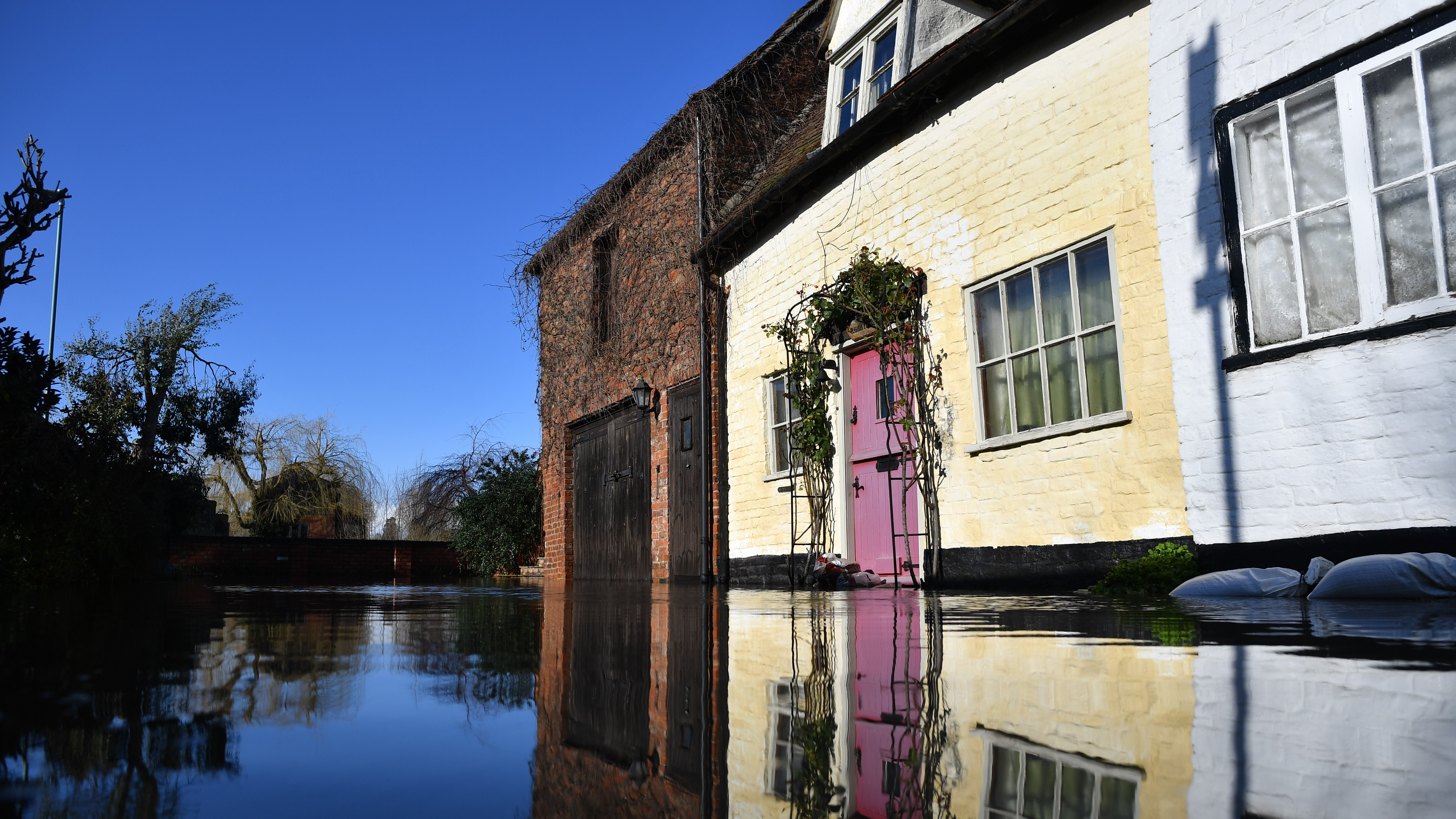 Swans swim in the field where farmers should now be planting wheat. A strange but beautiful sight and a stark reminder of the harm inflicted on businesses by repeated flooding. One business hit by the storms, was The White Hall Flagstone Company, where floodwaters rose to waist high.

White Hall boss, Richard Rogers, says 21st century technology kept his business online and on the go. "Everything now is done by the Cloud," he said. "So, our phone lines have all be diverted. Our accounts system is all in the Cloud as well, so we've been able to work from home.

"I've been taking a tractor in up-to-your-waist floodwater, driving two miles outside the village, getting in my car and driving out and visiting customers around the rest of the country."

Nearby, the clean-up continues in full flow, pumps working round the clock to empty fields of millions of tons of water. A wall of water has quite literally divided communities. 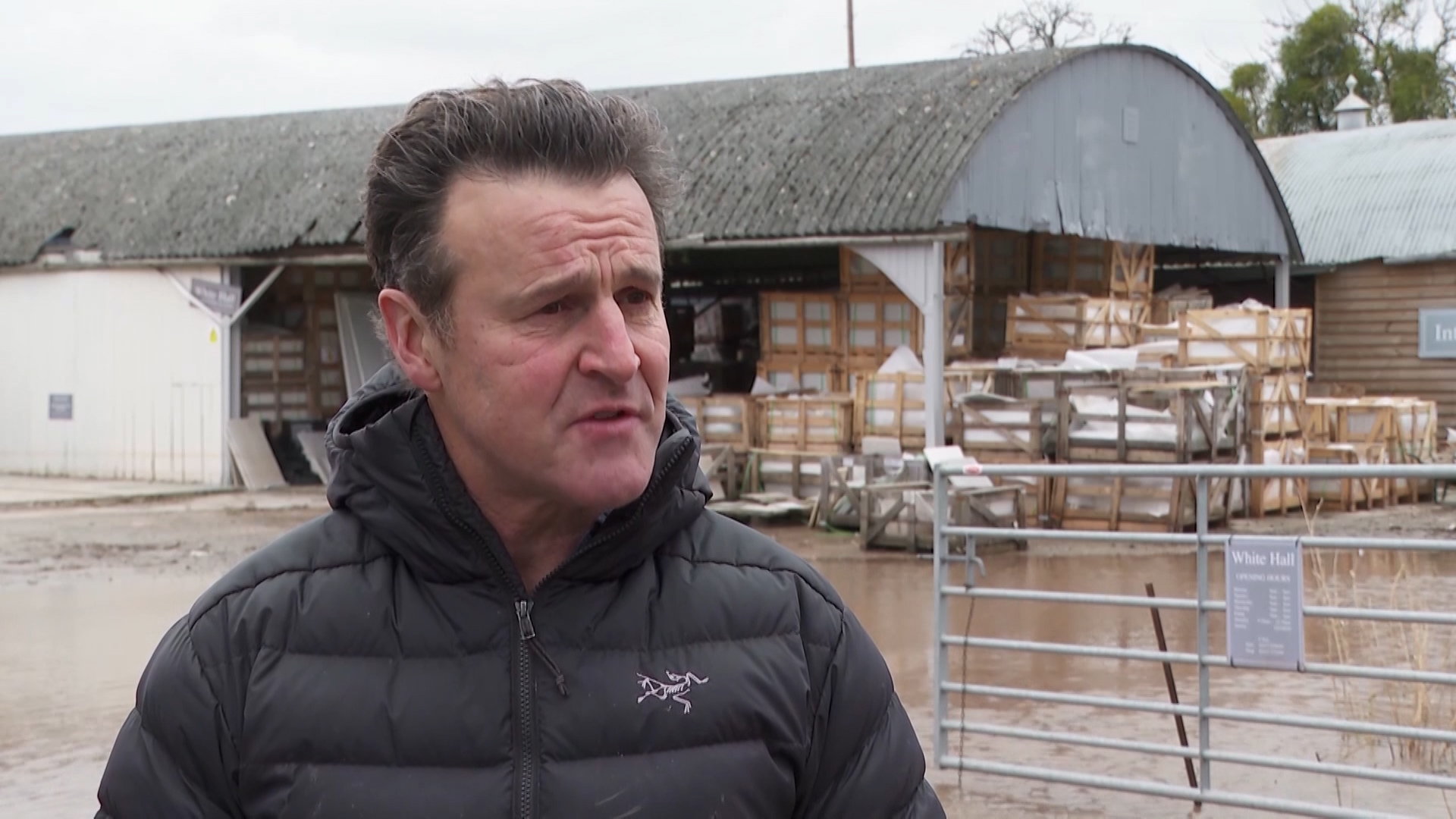 The owner of the White Hall Flagstone Company, Richard Rogers, explains how he has to drive a tractor through the floodwater from the village to his car just to enable him to visit customers.

The owner of the White Hall Flagstone Company, Richard Rogers, explains how he has to drive a tractor through the floodwater from the village to his car just to enable him to visit customers.

Gossip over the garden fence is all about damage done and damage contained. Richard Jackson and his family, wife Elizabeth and son Thomas, had only just moved in when the floods hit.

Richard and Elizabeth are now pinning their hopes for the future on a new government scheme to help those in flood areas get insurance.

Richard is hopeful. "I'd imagine there would be a bit of an increase in the insurance premium," he said. "But nothing horrific. However, it is a bit uncertain."

The new scheme is designed to make flood insurance affordable for households in high-risk areas but homes built after 2008 are not eligible. A report from the think tank Bright Blue claims 70,000 residential properties have been built in England on land at high risk of flooding. 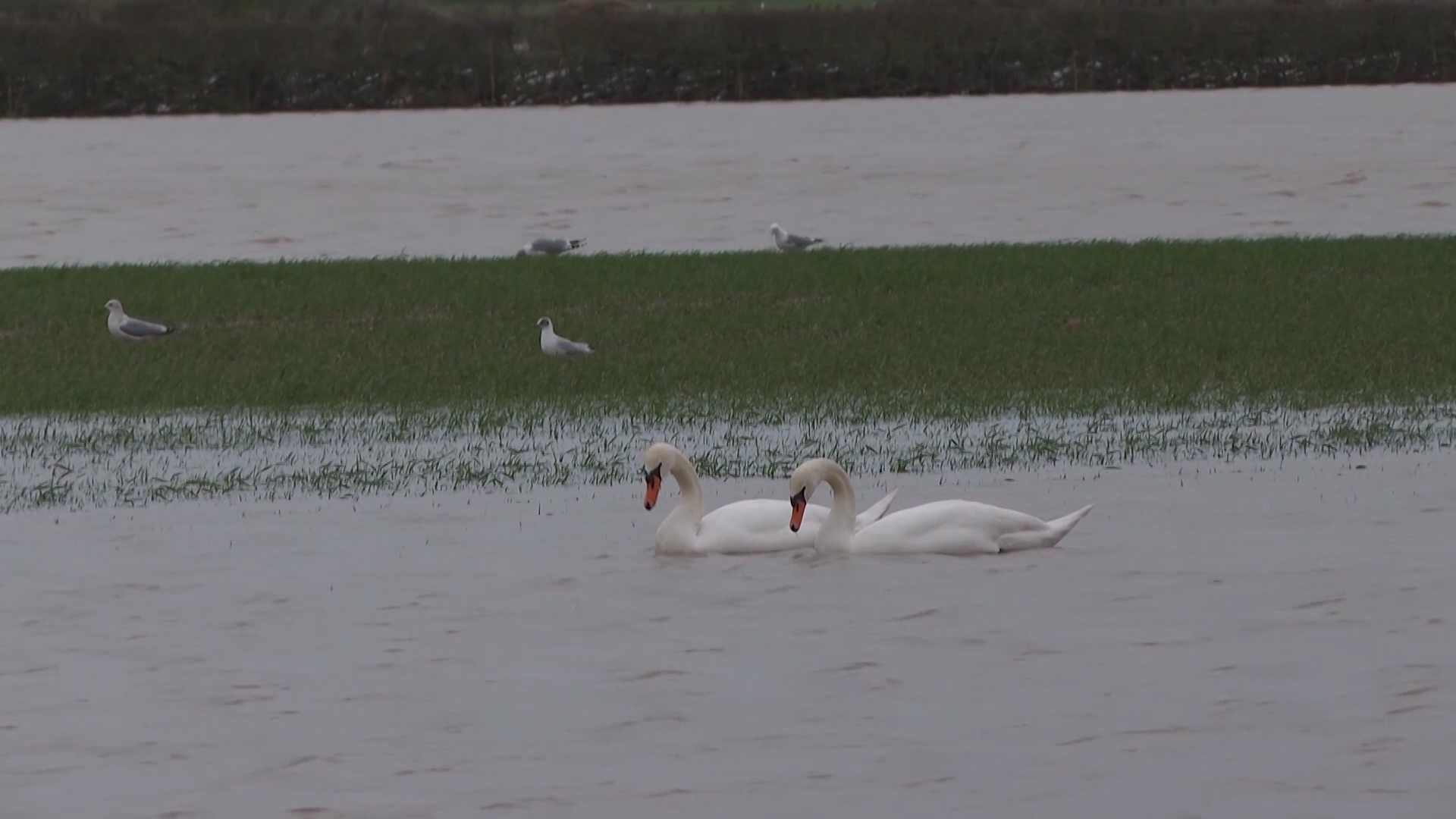 The picture in the middle of a wheat field in Hampton Bishop. The farmer should be planting wheat but instead Swans grace the floodwater.

The picture in the middle of a wheat field in Hampton Bishop. The farmer should be planting wheat but instead Swans grace the floodwater.

The cost to insurance companies of the flood damage in Britain over the last two weeks has been put at $300 million, according to international accountants Price Waterhouse Coopers. The costs to businesses and cars could be another $230 million.

And there's a further unknown: whether the rains will return as forecast and floods once again inundate homes and businesses.

Prince Charles, the Prince of Wales and the second in line to the British throne met emergency service workers and local residents in the flood hit town of Pontypridd in south Wales on Friday, inadvertently wading into a political row.

There's a growing chorus of demands for UK Prime Minister, Boris Johnson to visit some of the towns suffering from severe flooding, as he did when seeking votes in the recent general election. 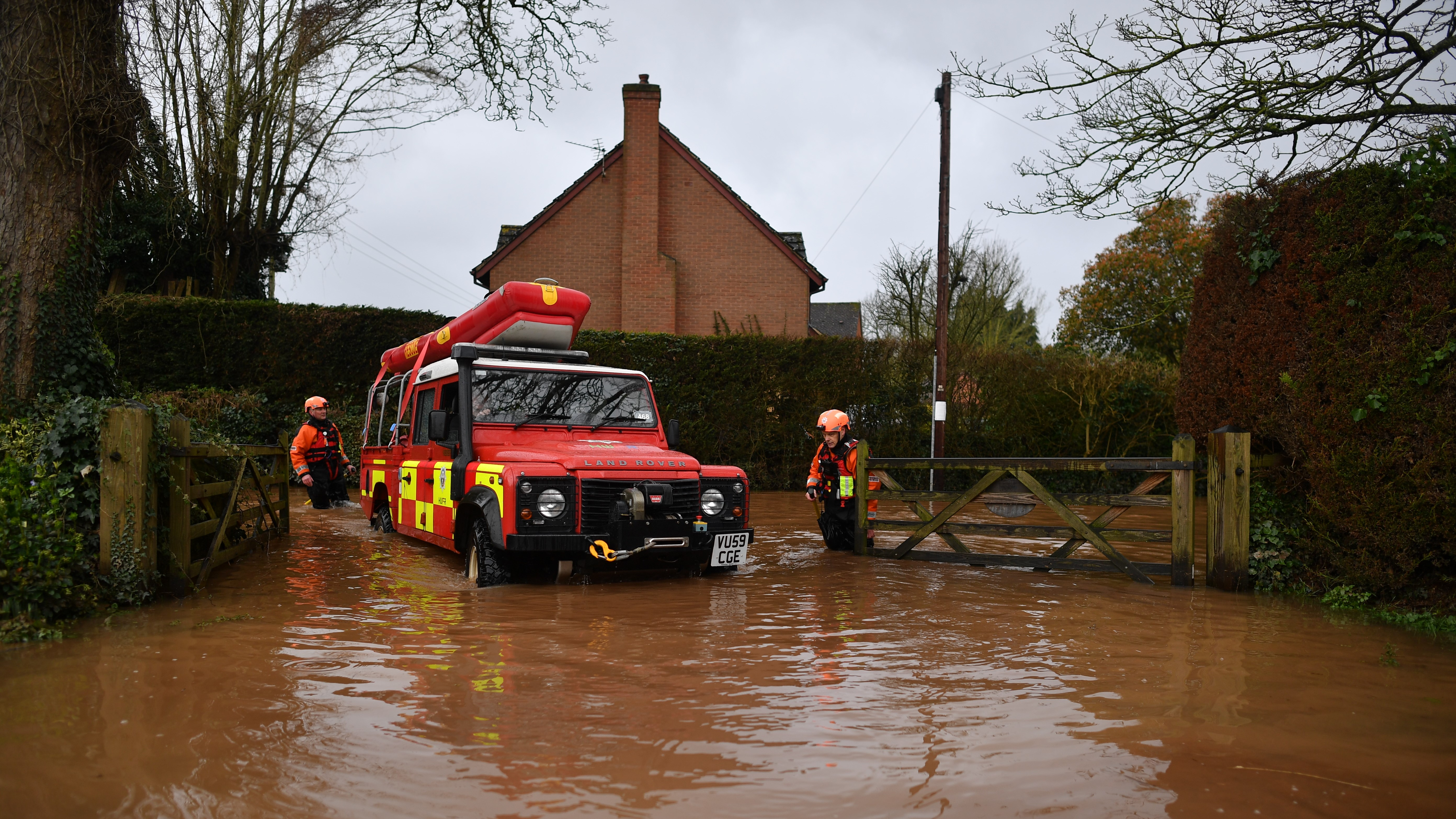 Hereford Fire and Rescue personnel drive into a property cut off by flooding in the village of Hampton Bishop in Herefordshire. (Source: Ben STANSALL / AFP)

Hereford Fire and Rescue personnel drive into a property cut off by flooding in the village of Hampton Bishop in Herefordshire. (Source: Ben STANSALL / AFP)

It is apparent that the trauma of rising floodwaters is two-fold: first of all there is the impact of the flood waters themselves, but then there is an uncertainty about the future.

Perhaps, amazingly, there's also a silver lining to the dark clouds over Britain. It was best articulated by Elizabeth Jackson – her home inundated just weeks after moving in.

Her stoicism typified the mood of Middle England: "It has brought the community together," she said. "We're all helping each other out where we can."