Some old suitcases, a lamp, a yellow hard hat, a laundry box made of plastic, a diaper bag, some old indoor decorations, used pots and pans, toys and accessories for infants, old bread toasters and some dolls that have seen better days.

Wrapped in cardboard crates and loaded into 17 shipping containers, some bearing the brand of Maersk Sealand, the waste  - believed to be of British origin  - was intercepted in the Romanian port of Constanța on Wednesday.

A  34-year-old UK citizen is being investigated, according to the Romanian Coast Guard. Two Romanian nationals are also the subject of a criminal probe.

The three have not been formally charged yet but the investigators are looking into counts of aggravated smuggling -  which can mean up to 12 years imprisonment - as well as illegal imports of waste and using inaccurate customs documents.

Sources close to the investigation say they believe the waste started its journey in Sheffield in northern England in December, before being shipped to Turkey and then to Romania on board the Dutch-flagged Maersk Kalmar.

The containers were supposedly filled with second-hand products but Romanian Coastguard suspicions were aroused on 19 February. On opening the containers they found it was mostly household plastic refuse. Some usable items had been left on top as an attempt to cover. 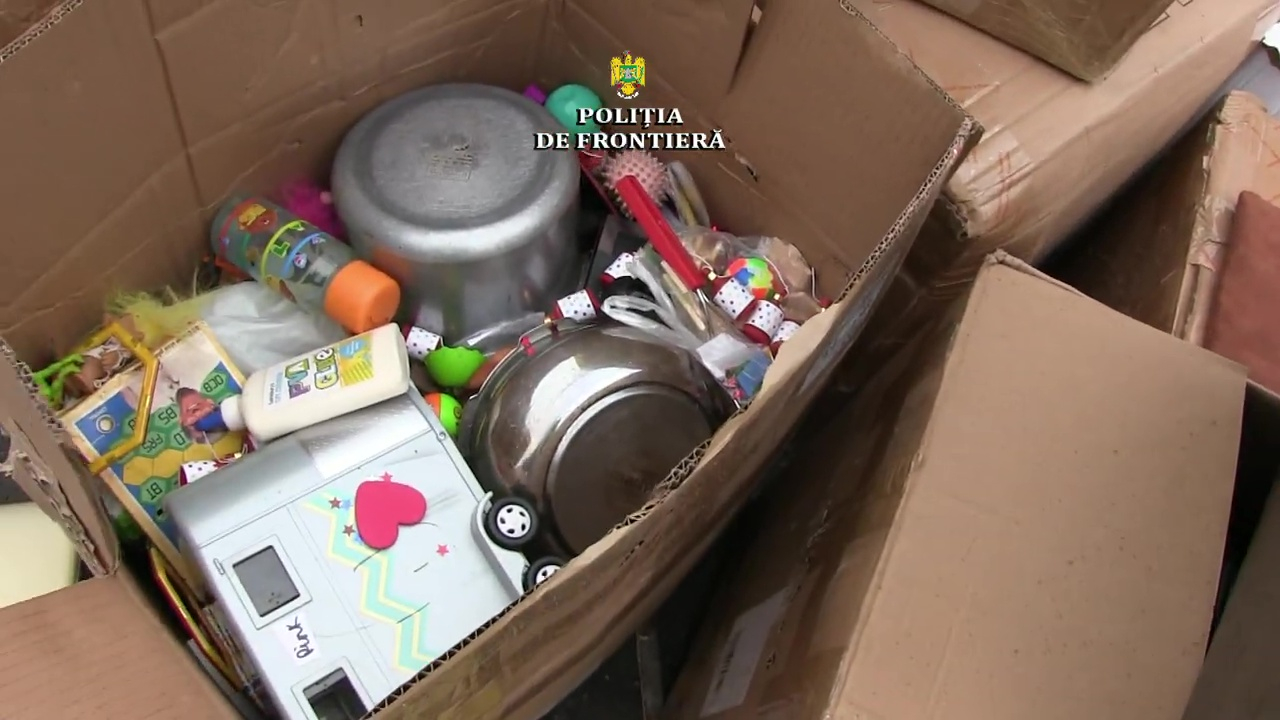 Wrapped in cardboard crates and loaded into 17 shipping containers, the rubbish was intercepted in the Romanian port of Constanța. (Credit: Polita De Frontiera)

Wrapped in cardboard crates and loaded into 17 shipping containers, the rubbish was intercepted in the Romanian port of Constanța. (Credit: Polita De Frontiera)

"Let's say that 60 percent to 80 percent of it was clean rubbish, and the items that were still in some usable condition had been treated for 22 hours with some chemicals, disinfectants, insect killers, some toxic substances. We also saw bottles of baby milk," prosecutor Teodor Nita told the media.

Prosecutors are now trying to work out the intended destination of the rubbish and also to establish what was the role of the UK citizen, hailing from Belfast. On Friday, the prosecutor ordered the cargo to be returned to sender.

It was not the first time such loads have arrived in Romania.

"This is the fifth such shipment if I am not mistaken, in similar conditions. We are trying to establish what was the destination of the other 50 containers of rubbish, where they ended up," said Nița.

Police in Bucharest also raided the headquarters and three other secondary premises of the Romanian company that is suspected of having arranged the shipments.

"The shipments did not come directly to us from the senders. There were three intermediate ports. Loaded, unloaded, loaded, unloaded, perhaps in order to cover their tracks, I can't say that for sure. This merchandise was on the move for two months to two and a half."

"Perhaps, in order to prevent it from developing bugs or earth worms," Nita added, ironically.

This is the latest in a tide of rubbish that has been flooding Romania in recent years. Local media reports say that Western companies are directing their flow of plastic and other undegradable refuse to the country, where storage of waste costs a fraction of what it would in richer countries, with stricter legislation.

The consignment intercepted in Constanța is the latest in a tide of rubbish that has been flooding Romania in recent years. (Credit: Polita De Frontiera)

The consignment intercepted in Constanța is the latest in a tide of rubbish that has been flooding Romania in recent years. (Credit: Polita De Frontiera)

The prosecutor shared the same concern. "This way, the country of origin cleans itself up, and Romania loads up on trash. Because Romania has a massive problem, it is at a major and imminent risk of becoming the garbage dump of all Europe. This means that Romania will soon be invaded by garbage, unless something is done."

Often the imported refuse ends up in some of Romania's many cement plant  furnaces. The dangers posed by such toxic imports are deadly, according to investigators.

"Burning such waste in cement plants is a source of dioxins and furan, which triggers an increase in cancer cases, in a very serious manner. Why is that? Because cement plants are not fitted with cooling equipment. The smoke recombines when it reaches the atmosphere, and the poison rains down on us," added Nita.

In 2019, the European Commission had 59 cases of infringement opened against Romania, most of them on account of environmental legislation breaches and also issues related to the judicial system.

A Maersk spokesman said:  "We can confirm we had to keep on board these 17 units on Maersk Kalmar due to rejection from Romanian customs. On initial assessment on Friday 21st it appears this is scrap cargo declared as second hand goods."