COVID-19 by the numbers
Arij Limam

Since the outbreak of the novel Coronavirus, now known as COVID-19, on 31 December 2019 in the Chinese city of Wuhan, the world has been monitoring the situation closely. As diagnosing and reporting efforts expand, the number of confirmed cases continues to increase by the hour, while deaths reported have been increasing every day. A comparison of the confirmed cases per day shows that despite a decline in numbers on 27 January and 11 February there is still an upward trend, which The World Health Organisation says is to be expected at this stage.

Here are some of the statistics we know so far:

The number of confirmed COVID-19 cases are currently at 64,472 worldwide. 28 countries have been affected by the virus, 16 in Asia, nine in Europe, two in North America and one in Australia/Oceania.

The majority of cases are in China at 63,866, with Wuhan, Hubei province, accounting for over 55 percent of worldwide figures. China says that 1,716 of those infected are doctors.

The World Health Organization is still assessing the fatality rate, but have put a provisional estimate at 2 percent of people who contract the virus. The medical journal, The Lancet, has estimated a higher 3 percent fatality rate.

The recovery rate is currently at 11 percent with 7,182 people recovered and discharged from hospital.

Symptoms of COVID-19 may appear anywhere between two to 14 days, during which the patient does not display symptoms.

The mean incubation period is 3 days.

Google searches for the term Coronavirus started to increase slowly from 17 January according to Google Trends. Peak popularity for the term happened on 31 January, dropping off since then but remaining at a steady level of almost half as popular as it was during the peak.

The term Coronavirus was also trending in several countries around the world on social media throughout the month of January. 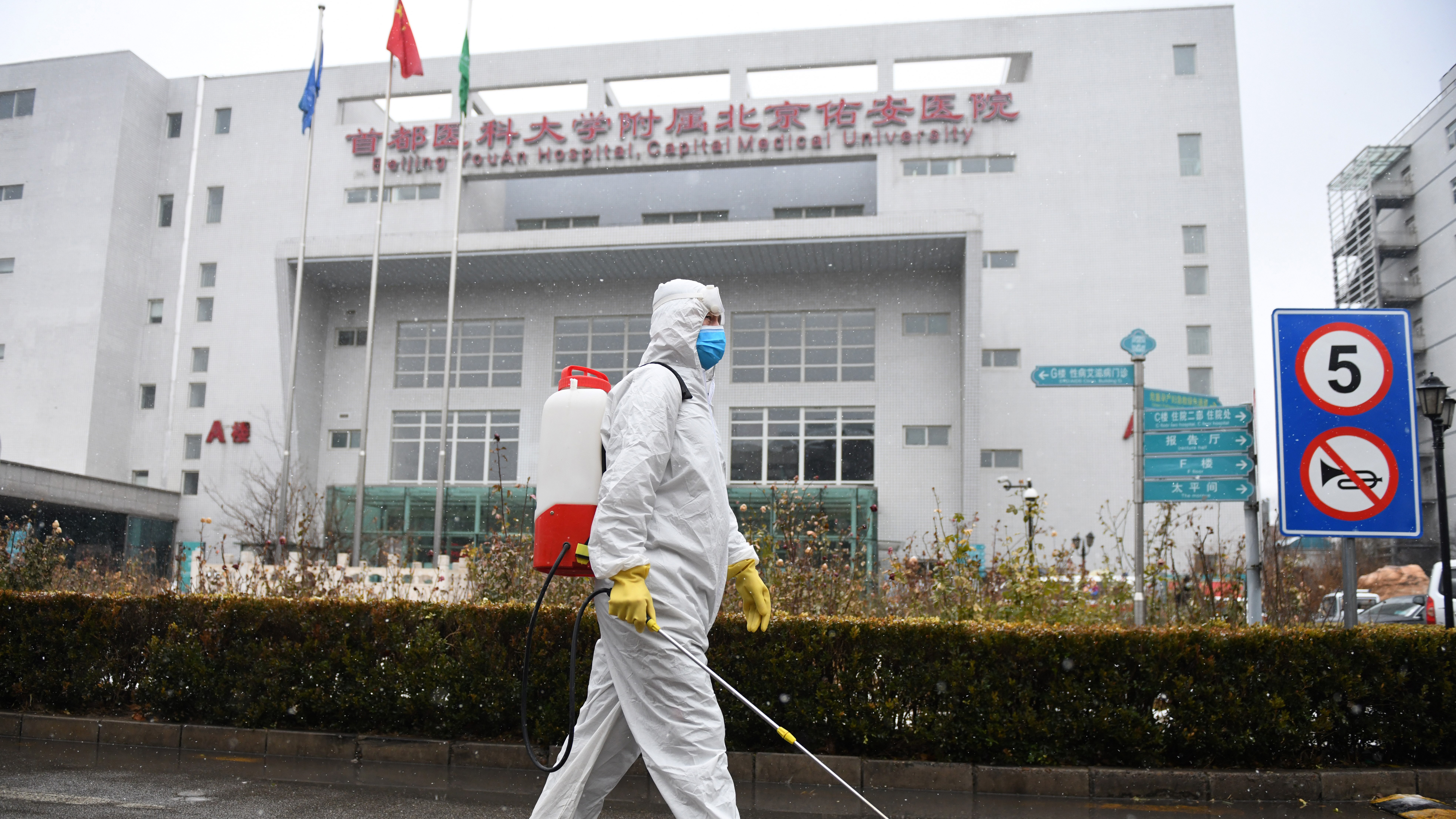 1,381 people have died in Chinese mainland since the outbreak of COVID-19 as the country makes efforts to contain the virus. (Credit: Greg Baker / AFP)

1,381 people have died in Chinese mainland since the outbreak of COVID-19 as the country makes efforts to contain the virus. (Credit: Greg Baker / AFP)

China built two new hospitals to treat patients since the outbreak of the COVID-19. The Huoshenshan hospital was built in 10 days with a capacity for 1,000 patients. The second hospital, Leishenshan was built in 12 days and has a capacity of 1,600 beds.

A Chinese army logistics team of 260 officers, with 130 military trucks, were also sent to Wuhan at the beginning of February to deliver medical and essential supplies. China also said it is spending at least $10 billion to control the virus outbreak.

In another effort to contain the virus, authorities imposed a lockdown on Wuhan, affecting travel in and out of the city. But travel was affected at a much larger scale across China as 25 airlines around the world canceled all flights into the country, while 15 other airlines canceled some of the flights and routes. 53 countries have also imposed travel restrictions for people arriving from China.

Airports in China expected a travel surge between 10 January and 18 February for the Chinese New Year holiday, but instead figures showed a sharp drop because of COVID-19 fears. Flights hurtled from 17,181 flights on 22 January, one day before the announcement that Wuhan was quarantined, to 5,095 by 4 February. 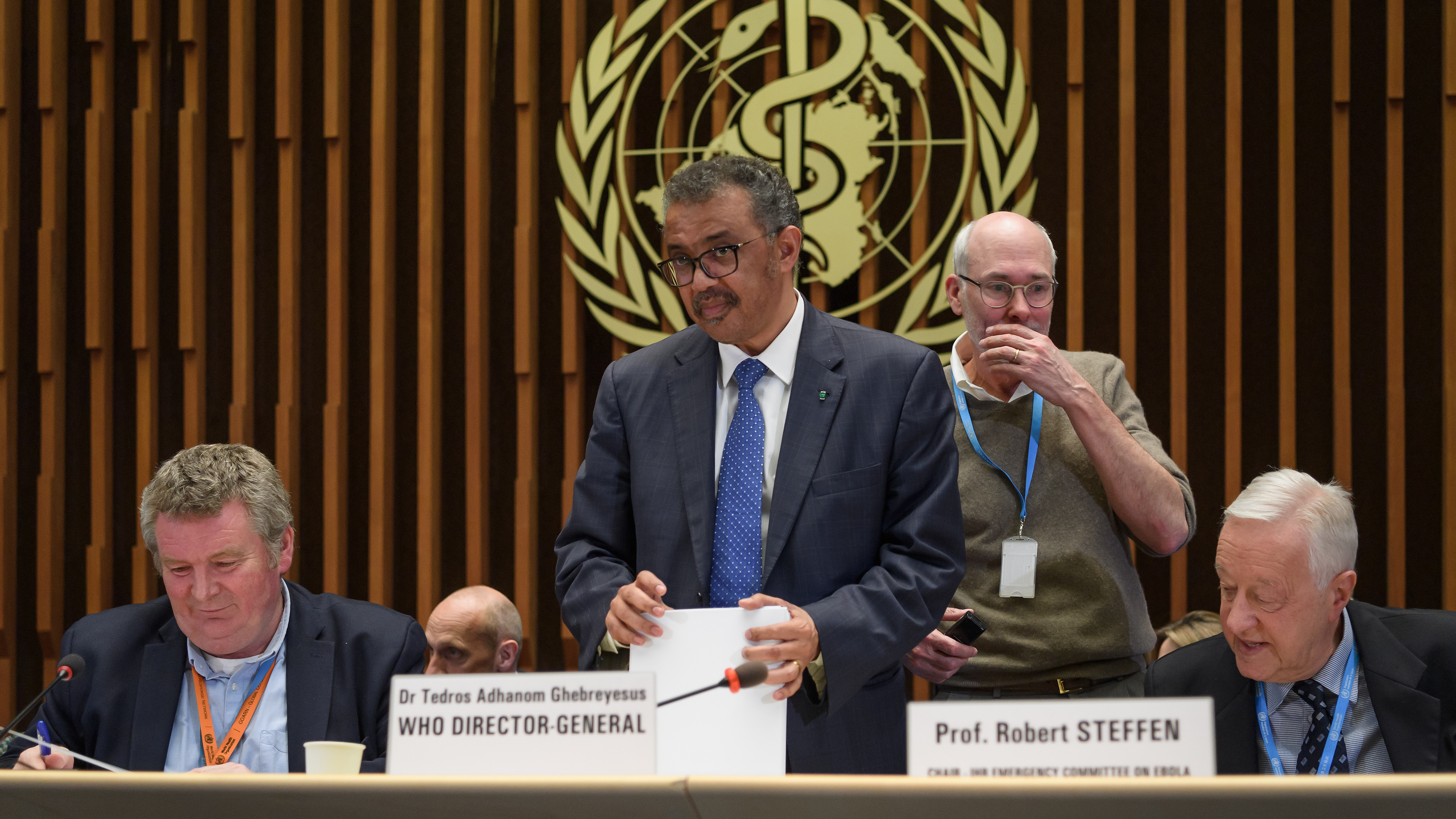 Since the outbreak, WHO has published 24 situation reports from 21 January to date. The organization has held two meetings of the Emergency Committee on the International Health Regulations on the novel Coronavirus since 22 January.

A Coronavirus briefing also took place at an Executive Board meeting, and eight WHO Emergency news conferences have been held daily since 4 February – four days after the organization declared the virus a global health emergency.