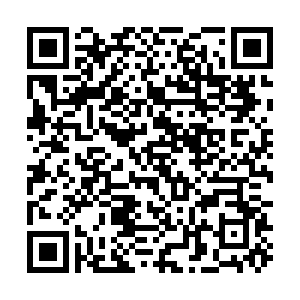 "Honestly, I was a little bit surprised to hear the prime minister of the United Kingdom speak about the Australian model. Australia, without any doubt, is a strong and like-minded partner, but the European Union does not have a trade agreement with Australia."

The president of the European Commission, Ursula von der Leyen addressed the European Parliament today about the hopes for future EU-UK trade talks. But, with talk of an "Australia-style deal" UK Prime Minister Boris Johnson has clearly not endeared himself to the top EU official. The bloc and the former member today set out positions on financial rules and regulatory alignment after the transition period – and although only opening gambits, the two sides do not seem very aligned at all.

Elsewhere, the World Health Organisation has assigned the novel coronavirus a name. It will now be known as the Covid-19 outbreak.

The WHO announced the news in a press conference from Geneva, which we streamed on our social channels. If you want to catch up it's here.

Meanwhile, two German companies affected by Covid-19 announced a return to business as usual. Mercedes Benz will reopen its Beijing luxury car plant this week and Munich-based Webasto will reopen after a short closure when several employees tested positive for the virus.

But it was Mercedes' parent company Daimler that dominated many of the business pages today, as it released its largest fall in year-on-year profits in a decade. A drop of 64 percent was in part caused by ongoing ramifications of the diesel emissions misreporting scandal.

And for something completely different, we spoke to Kieran Maguire, an expert on the financial side of football (soccer, for the avoidance of doubt). The English Premier League is contemplating creating its own streaming platform, which could cut traditional broadcasters out of the market. But how will that affect football and the global sporting economy? Keep scrolling to find out.

Reading online? You can get Global Business Daily to your inbox every weekday evening, for free! Sign up here.

Both the UK government and the EU leadership have spoken today about their hopes and expectations for a future trade deal. UK finance minister Sajid Javid wrote in City AM that the UK will create "our own rules outside the constraints of the single market and customs union." Meanwhile, EU negotiations leader Michel Barnier warned UK firms to be "under no illusion" about the possibility of regulatory alignment after the end of the Brexit transition period.

Geely is planning to merge with sister firm Volvo and list on Asian and European markets. Zhejiang Geely Holding Group bought Volvo from Ford in 2010 and has postponed an IPO, which was initially planned for 2018. The consolidation is seen as reflective of the market mood as car makers transition to an electric and even driverless future.

Inter IKEA Group has appointed Jon Abrahamsson Ring as CEO. Ring will start his new role in September after several years as head of its franchise division. Former CEO Torbjorn Loof is stepping down after seven years at the helm of the Swedish furniture retailer.

The Turkish lira has continued to slide as the country's military lost several soldiers to the conflict in northern Syria. The currency's decline resumed after the banking regulator cut forex swap limits on Turkish banks to 10 percent of equity.

French energy firm Total has entered the Spanish renewables market with two deals worth two gigawatts of solar energy to the French firm's capacity. Total Solar International will acquire solar plants in Spain and set up joint ventures with Powertis, which operates in Europe and South America.

Daimler, the German car manufacturer, has reported its biggest drop in profits for a decade, as it pays for its role in the diesel cheating scandal. Its 2019 profits fell by 64 percent to $2.9 billion net. The hard fall may be broken slightly by the news that Mercedes Benz, Daimler's flagship brand, has kept its spot as top global car maker, with more than two million deliveries in 2019.

Tui, the world's largest tour operator, recorded its highest number of bookings ever last month, as it gained market share following the collapse of rival Thomas Cook in September. The European company says an "exceptional" volume of holiday bookings will help it offset the impact of the Boeing 737 Max grounding on its annual profit.

German auto parts firm Webasto will reopen its Munich headquarters after a deep clean, prompted by eight staff contracting the novel coronavirus. It comes as Mercedes Benz says it will restart production at its Beijing plant this week, after it was closed to help stop the spread of the virus.

Chinese electric car company Nio reported a year-on-year sales drop in January, but its CEO downplayed the negative results, blaming them on the coronavirus outbreak. The firm said it expects low sales in February, too, but it could harm its efforts to raise cash as it looks for investment.

As recorded cases pass 40,000 people, scientists, private companies and governments around the world are racing to develop a vaccine to fight the novel coronavirus. It's a challenge that requires unprecedented global cooperation, a union of public and private enterprises and a suspension of political and scientific norms. 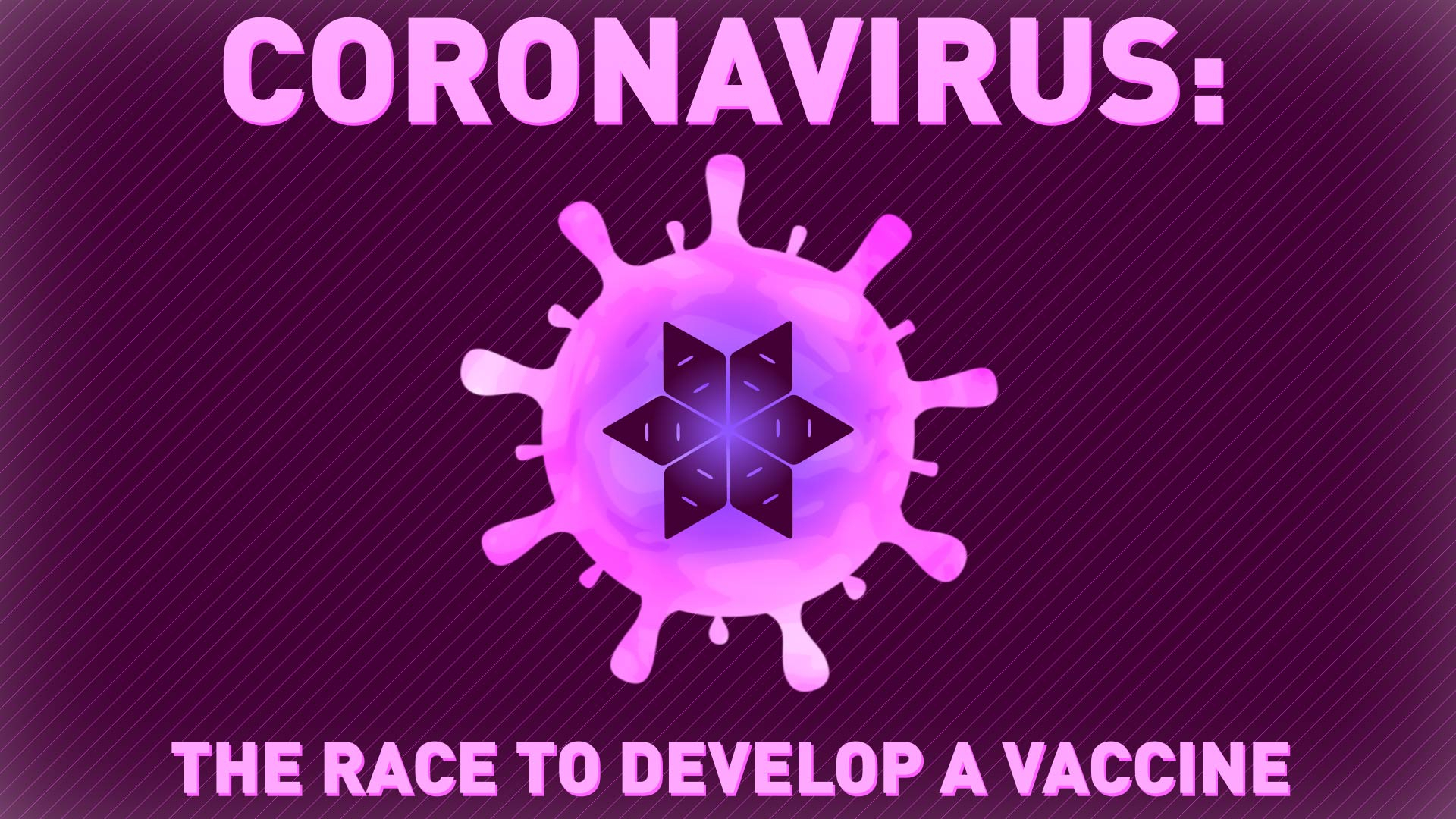 Kieran Maguire, a football finance expert at the University of Liverpool, spoke to CGTN Europe about the possibility of a Netflix-style streaming service for the English Premier League and what it would mean for the wider soccer economy.

So, Kieran, how much revenue or value are we talking about?

The Premier League has total revenues of around about $11 billion, over a three-year period.

What they're trying to do is, by taking control over how the rights are distributed and effectively bringing them in-house, they believe that they can increase that figure substantially.

How would this compare with the current system of selling rights to broadcasters?

Well, instead of going to the highest bidder every three years, what the Premier League would do is to offer subscription packages to individual fans and, therefore, by cutting out the TV companies, potentially it could have a larger audience with lower prices for fans because they will be able to choose bespoke packages.

So, if a fan just wanted to watch the matches of Manchester United, that will be feasible. If they wanted to see every match in the Premier League over a particular period, that would be feasible as well. So it would be far greater flexibility in terms of pricing. And the Premier League believes that would be able to overall increase its income whilst not disadvantaging individual fans.

So, who do you think is going to gain from this? Do you think it's the viewers, or the League?

I think all parties potentially could benefit. The only losers are likely to be the traditional broadcasters. Fans can choose a package that suits their needs from the Premier League's point of view. They're not giving away value to the broadcasters, who are then selling on the packages to fan groups.

And from the football club's point of view, those clubs that are huge in terms of their global appeal... they say they stand to substantially increase their income. Because the Manchester United package would presumably go nearly all to that club when the Premier League takes out its commissions.

And what about beyond soccer? Do you think other sports are going to follow suit?

I think other sports will be watching this very carefully. There's a huge demand for sports, certainly in the U.S., the franchise sports there have deals with the broadcasters, but they will be looking on enviously if the Premier League proves this to be successful.

Certainly, other leagues in Europe and other countries around the world will be watching to see whether this can be done. I think the big danger for the Premier League and other organizers is that they don't have the skills in terms of knowing how to broadcast or all of the intricacies of the industry. So it could be that they then start to outsource some of those responsibilities to existing broadcasters.

Do you think it's going to mean a branching out of football streaming globally? And do you think there is going to be a hike in audiences, for example, in Africa, in Asia?

Yes. I think what the Premier League will do is that by using a different broadcast vehicle, it will hope to expand the audience by tapping into those people who don't want to watch a match for 90 minutes. So it could be that you just, like, watch the last 15 minutes of a match.

It could be that you can have cameras embedded in players' shirts. So, therefore, you could be Lionel Messi for 90 minutes and see the match through his eyes.

And people are watching football through different media. So it's no longer the 50 or 60 centimeters or 100-centimeter television that they're using. Instead, what they will be using are their phones and tablets and smaller devices. So it could be that you'll have structured pricing depending upon the nature of the method that you're using to view the game.

We know their audience for Premier League matches is huge – tell us about China's influence in the global football economy.

It's getting over two million people watching on average. That compares with viewing figures for the Chinese league of around about 6 million. So, given that it's an overseas league, as far as the Chinese supporters are concerned, I think it's probably the second most important. From the broadcaster's perspective when they're trying to sell existing packages to viewers.

Sharni Edwards and Robyn Peoples celebrated their wedding today – the first same-sex marriage in Northern Ireland. But it's only legal in the province because an impasse in the Belfast government meant lawmakers in London stepped in. So, where else in the EU can same-sex people exchange vows legally? 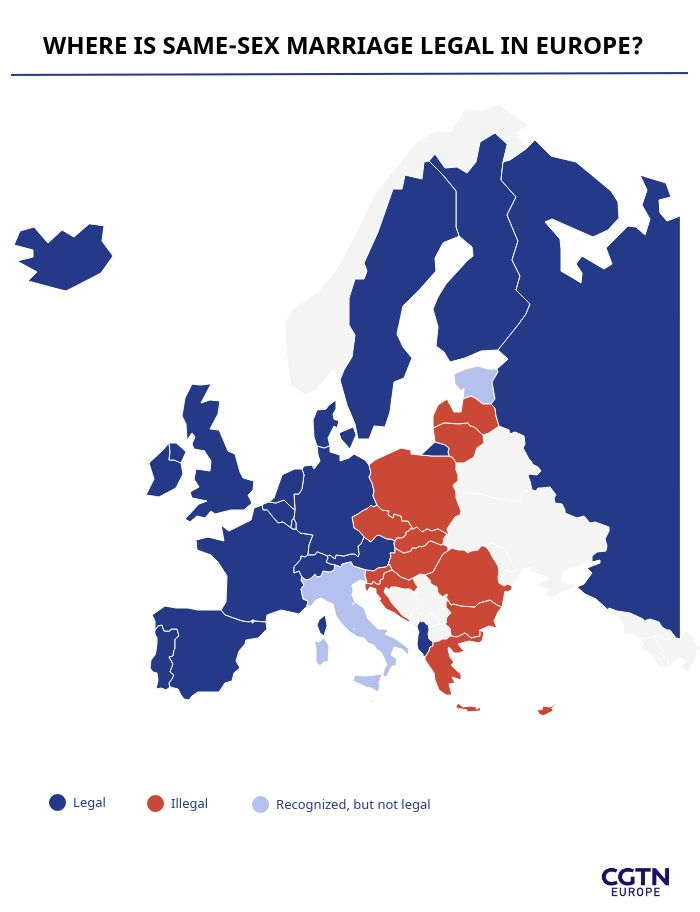