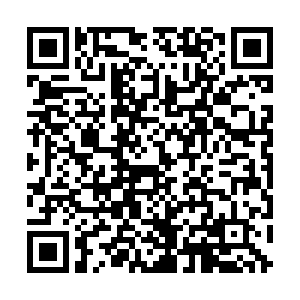 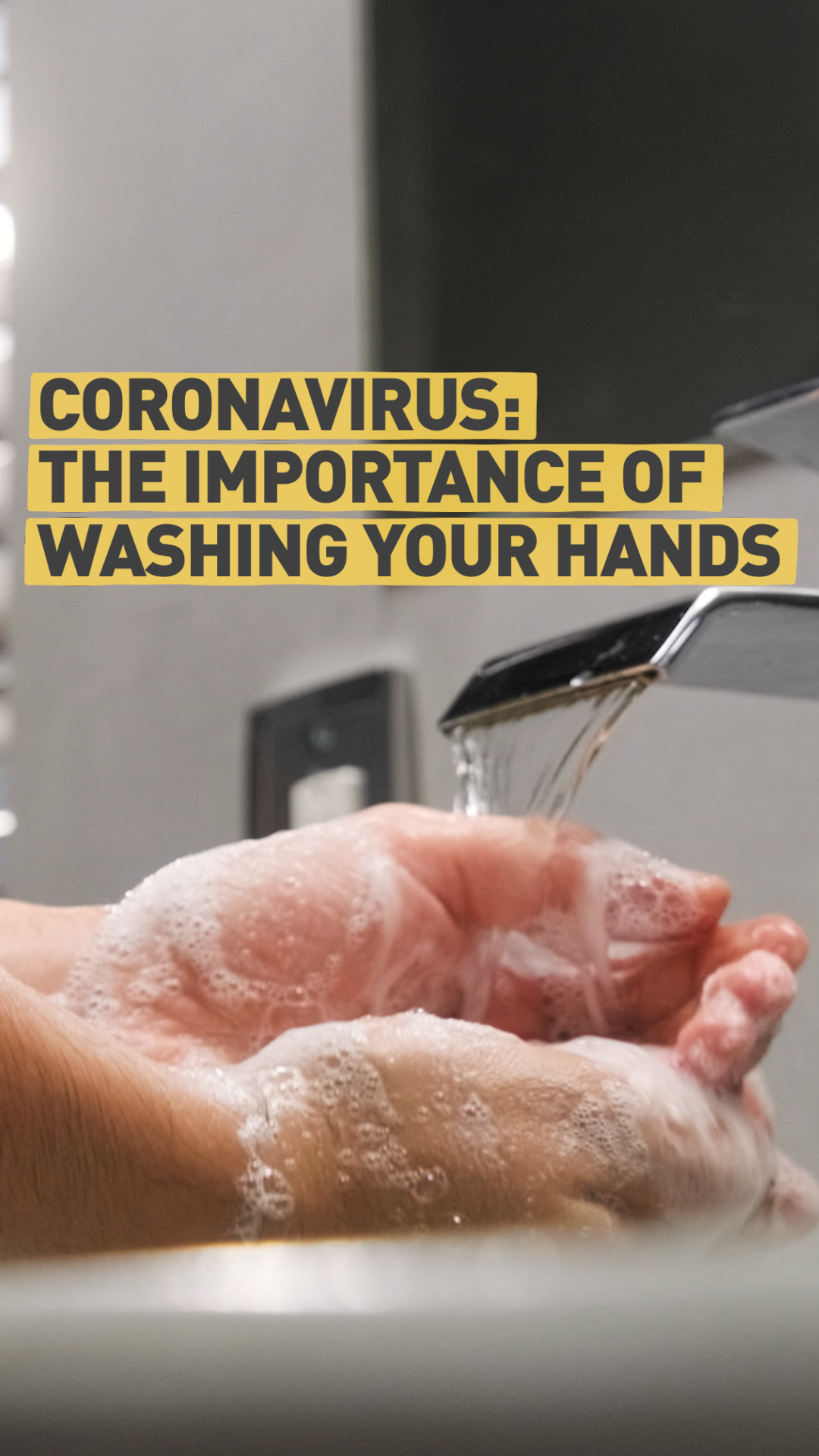 Regularly washing your hands could be more effective against catching the novel coronavirus than wearing a surgical mask, according to experts.

Although demand for protective clothing has risen 100-fold over the past month, according to the World Health Organization (WHO), David Carrington, a virologist at St. George's Hospital, University of London, says the masks only offer a limited amount of protection: "I think the answer is, they are useful, but they will not be successful alone in the protection of the individual. Certainly, hand-washing is probably the most important [measure], either with soap and water or with alcohol-based gels." 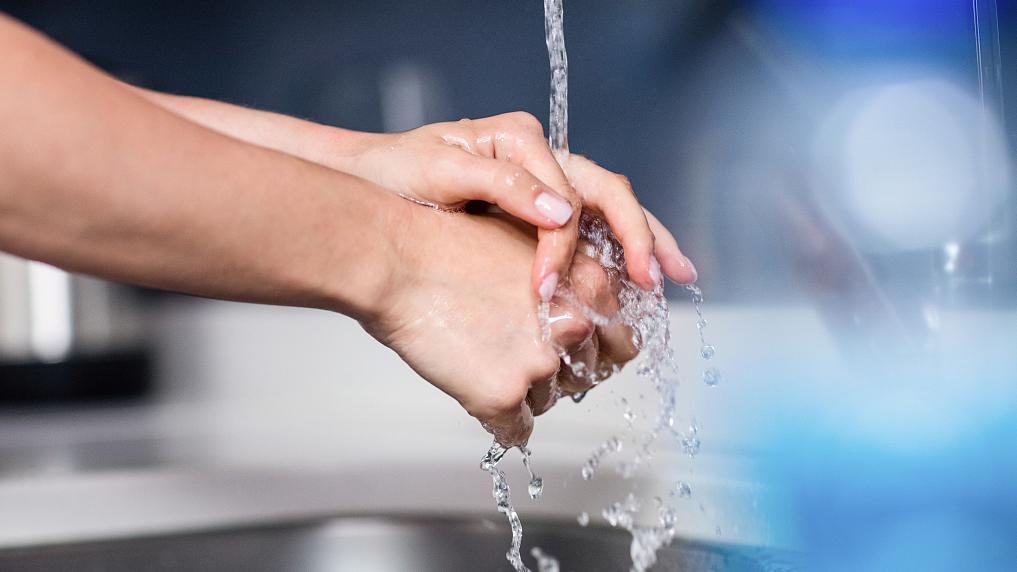 How effective are masks?

Scientists are still investigating how the coronavirus spreads between humans, but currently believe it carries through direct transmission – physical contact with blood or body fluids. Or by contact transmission – contamination via surfaces and objects.

While surgical masks offer some protection against the former, which the virologist refers to as "splash" – droplets shared by sneezing and coughing – they do not necessarily prevent aerosol transmission, when a virus can mix with droplets in the air and enter the respiratory system.

What mask should we wear?

According to Carrington, scientists suspect "the virus is spread from environmental contamination and also from hands to mouth and hands to nose and hands to the eyes."

He adds: "You can get good prevention through the use of masks if, in fact, they're tightly fitting. But, of course, the one thing that surgical masks are not is tightly fitting."

However, the British virologist added that: "If you are wearing a mask, you're conscious of that requirement not to touch your face. So, wearing a mask can actually help simply in the prevention of hand-to-face touching." 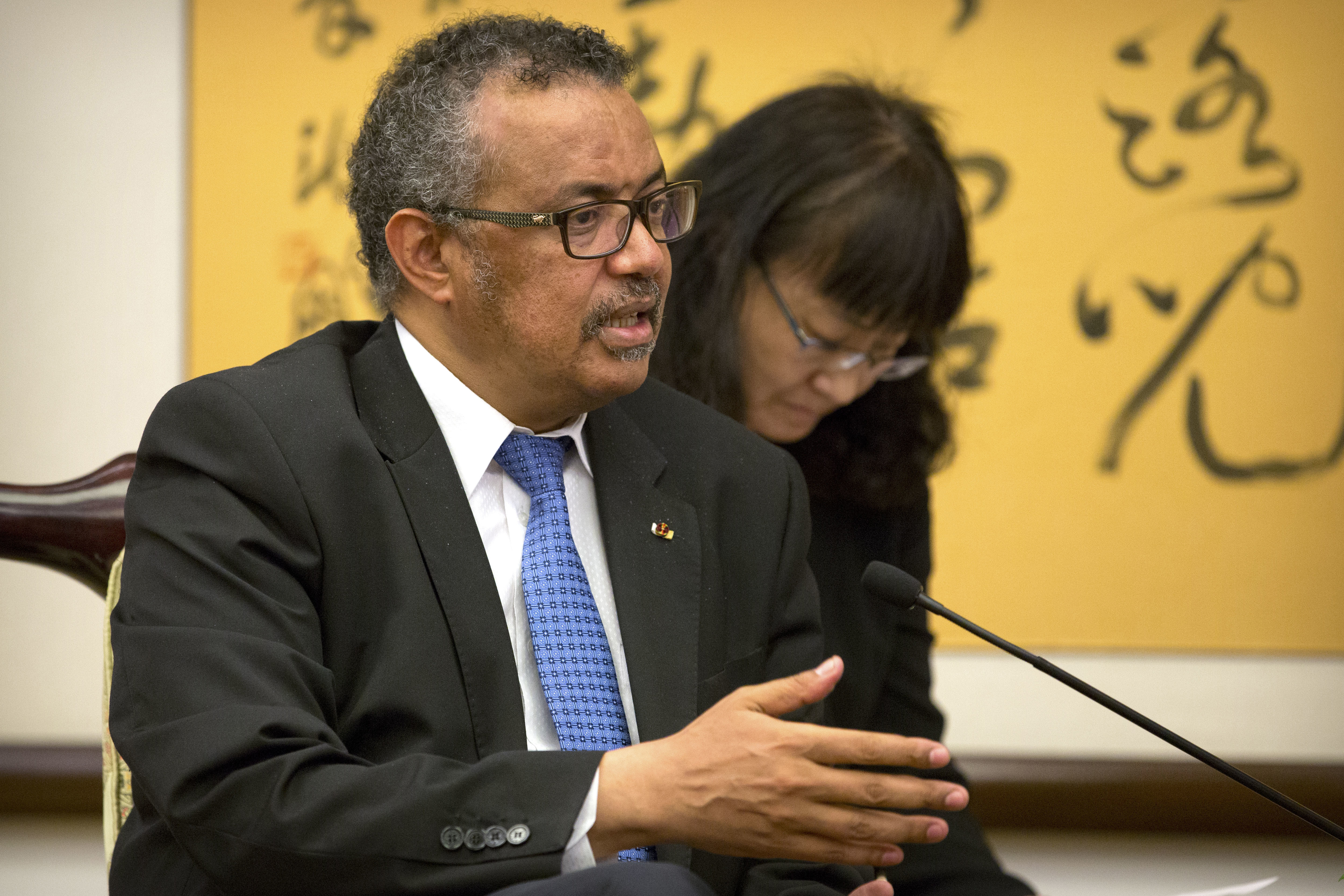 On Friday, WHO director general Tedros Adhanom Ghebreyesus reported a "severe" disruption in the global supply of protective clothing following the virus's outbreak.

"When supplies are short and demand is high, then there could be bad practices like hoarding in order to sell them at higher prices, and that's why we ask for solidarity," Ghebreyesus told a Geneva briefing.

"Demand is up to 100 times higher than normal and prices are up to 20 times higher," and the rush has created supply backlogs of four to six months, he added.

Ghebreyesus said he had talked with manufacturers and distributors to make sure supplies for those who need them most, particularly healthcare workers and the sick, with WHO sending major shipments of gloves, masks, respirators and other "personal protective equipment" to affected areas. 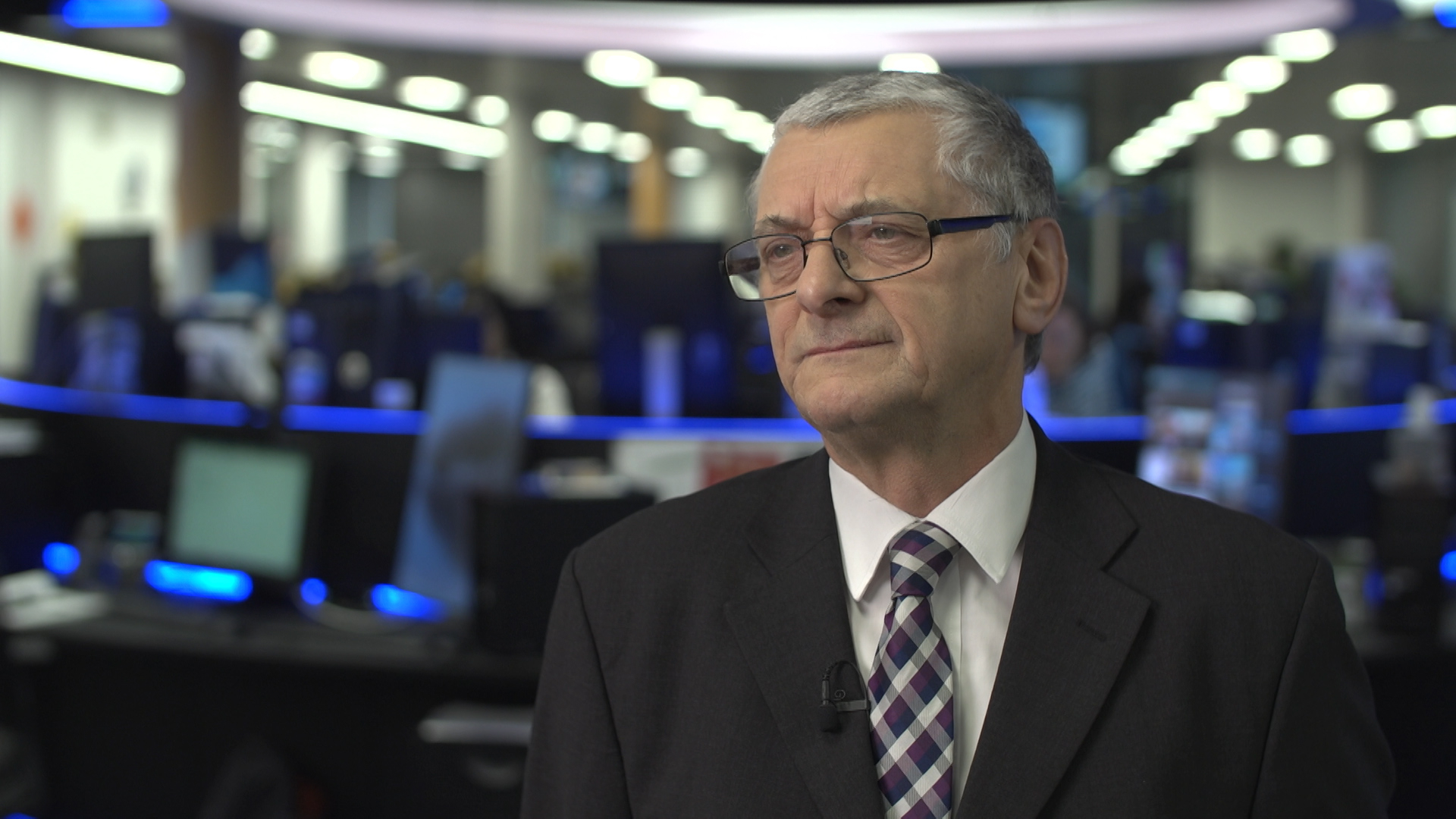 Experts worldwide, including virologist David Carrington, are trying to map the curve of the outbreak and work out when the virus will peak. (Credit: CGTN Europe)

Experts worldwide, including virologist David Carrington, are trying to map the curve of the outbreak and work out when the virus will peak. (Credit: CGTN Europe)

Has the epidemic peaked?

The SARS-like virus, which first emerged at the end of 2019, has killed more than 900 people and spread around the world. About 40,000 people have contracted the virus in China and 350 elsewhere.

Many health, policy and economic experts worldwide are currently trying to map the curve of the outbreak and find out when the virus will peak. However, scientists and statisticians are warning that the data are too unreliable to predict a date:

"It's very difficult to be able to say when it's going to peak," says Carrington, "but we have data coming out of China every day, which shows the total number of cases and we can sort of project from that slope of the curve when it's reaching its maximum, when it's actually tailing off, when it's tipping basically over that curve. Now that started to happen already."

Pitfalls, politics and profits: The race to find a coronavirus vaccine 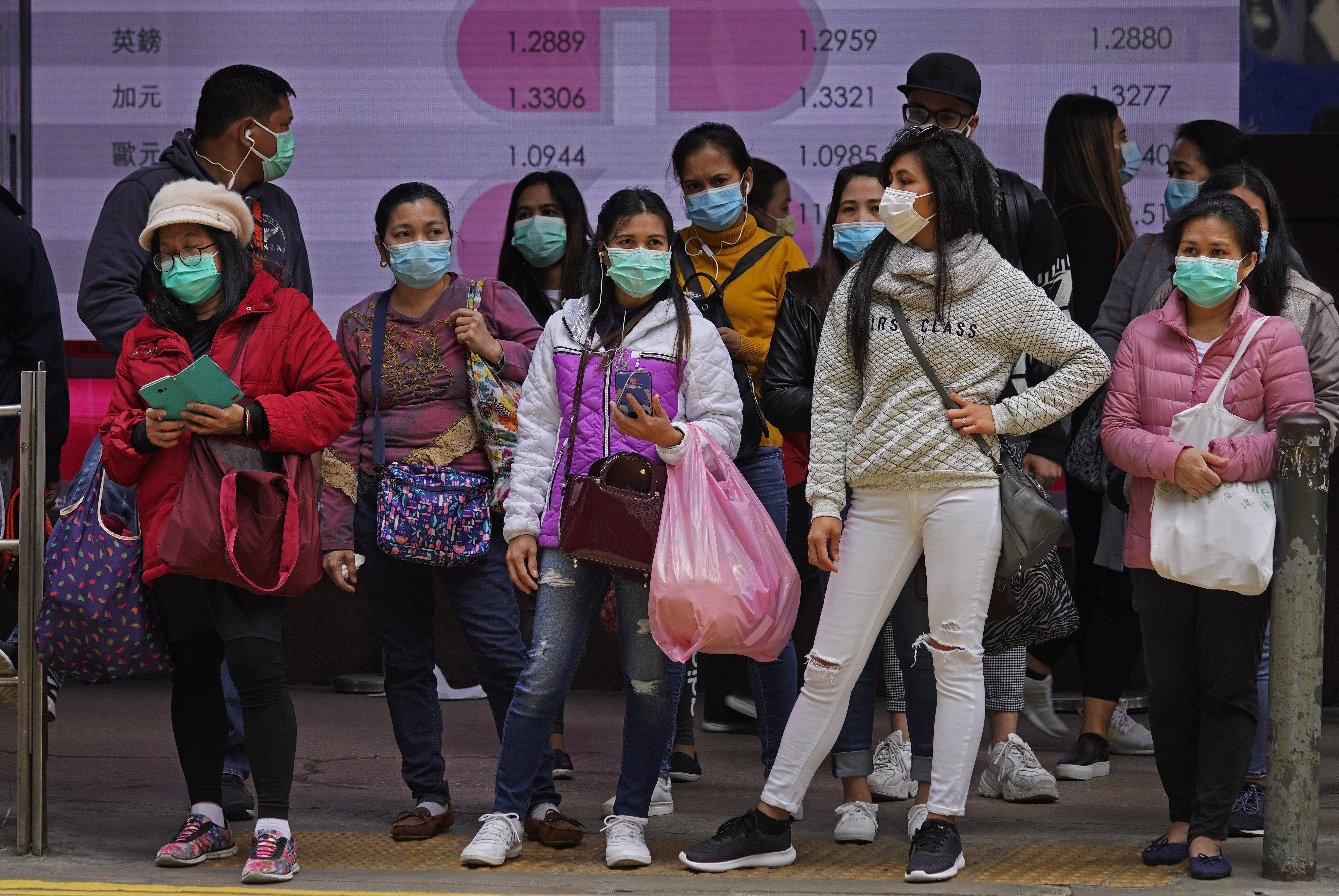 Demand for protective clothing is up to 100 times higher than normal following the coronavirus outbreak. (Credit: AP)

Demand for protective clothing is up to 100 times higher than normal following the coronavirus outbreak. (Credit: AP)

"There's a view in China that we might be seeing the top of this curve," says the London doctor. "The difficulty is, of course, that's in one place and as the outbreak moves across the country, if there's leakage away from Hubei, we know that it's in 31 of them, of the districts. Then, of course, we might get little mini outbreaks in different parts. And so that's going to alter the total shape of that curve."

Carrington adds that if we look at Wuhan, the virus could be "tipping" over its peak at this moment, but says that such a conclusion is speculation: "We have to look at what they're doing and the figures and actually come to a conclusion whether this is truly a downturn or if its because of the control measures."

Even if the epidemic appears to be peaking in the place of the virus's origin, Carrington says that it does not mean it has come to an end, but that it is simply slowing.

"There will be significant numbers of cases thereafter on the other side of the slope. At the same time, of course, it can be leaking out of the country inadvertently, away from the control measures and it may start epidemics elsewhere. So, in fact, an epidemic curve in Wuhan is only one indicator."