'Rubik's Mona Lisa' expected to sell for up to $166,000 in Paris
Giulia Carbonaro 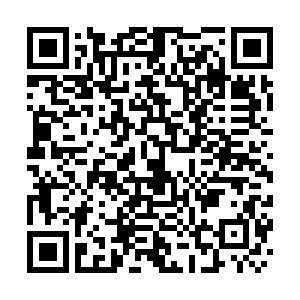 A reinterpretation of Leonardo da Vinci's masterpiece Mona Lisa made from 330 Rubik's Cubes is expected to sell for up to $166,000 at an auction in Paris on 23 February.

Rubik's Mona Lisa was created in 2005 by French street artist Invader. It is the first time since the artwork's initial sale that it has appeared on the market. The piece will be auctioned by Artcurial together with other street artworks.

Invader rose to fame thanks to his ceramic tile mosaics reproducing the 1978 arcade game Space Invaders, installed in more than 65 cities across 33 countries. He then went on to be the father of his own movement called "Rubikcubism" – using Rubik's Cubes to make art and perform what he calls "object-painting."

Rubik's Mona Lisa is the first of a series of artworks called "Rubik Master Pieces," in which Invader revisits the greatest paintings in the history of art using the iconic 1980s toy. Déjeuner sur l'herbe by Alain Jacquet, and Gustave Courbet's L'Origine du monde are among Invader's most striking reinterpretations.

The sale will coincide with the closure of an exhibition dedicated to Leonardo da Vinci at the Louvre Museum, marking the 500th anniversary of the death of the Renaissance master.