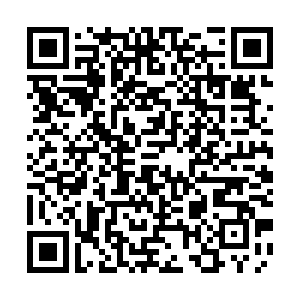 Two cheetahs from Kent, United Kingdom have traveled 6,000 miles to South Africa to eventually be released into the wild. Saba and Nairo, two-and-a-half-year-old brothers from Howletts Wild Animal Park are set to become the first UK-born cheetahs to be rewilded.

They have been taken to Ashia Cheetah Sanctuary in Western Cape, South Africa, where they will remain before being moved to Mount Camdeboo Private Game Reserve to start a rewilding program.

The Aspinall Foundation helped fund the transportation of the cheetahs and the program to prepare them for a life in the wild. "No one has ever tried this before with captive-born zoo cheetahs," said Damian Aspinall, the foundation's chairman.

"We will be the first in the world to re-introduce them back to the wild. I think these are also the first cheetahs to go back to the continent of Africa." 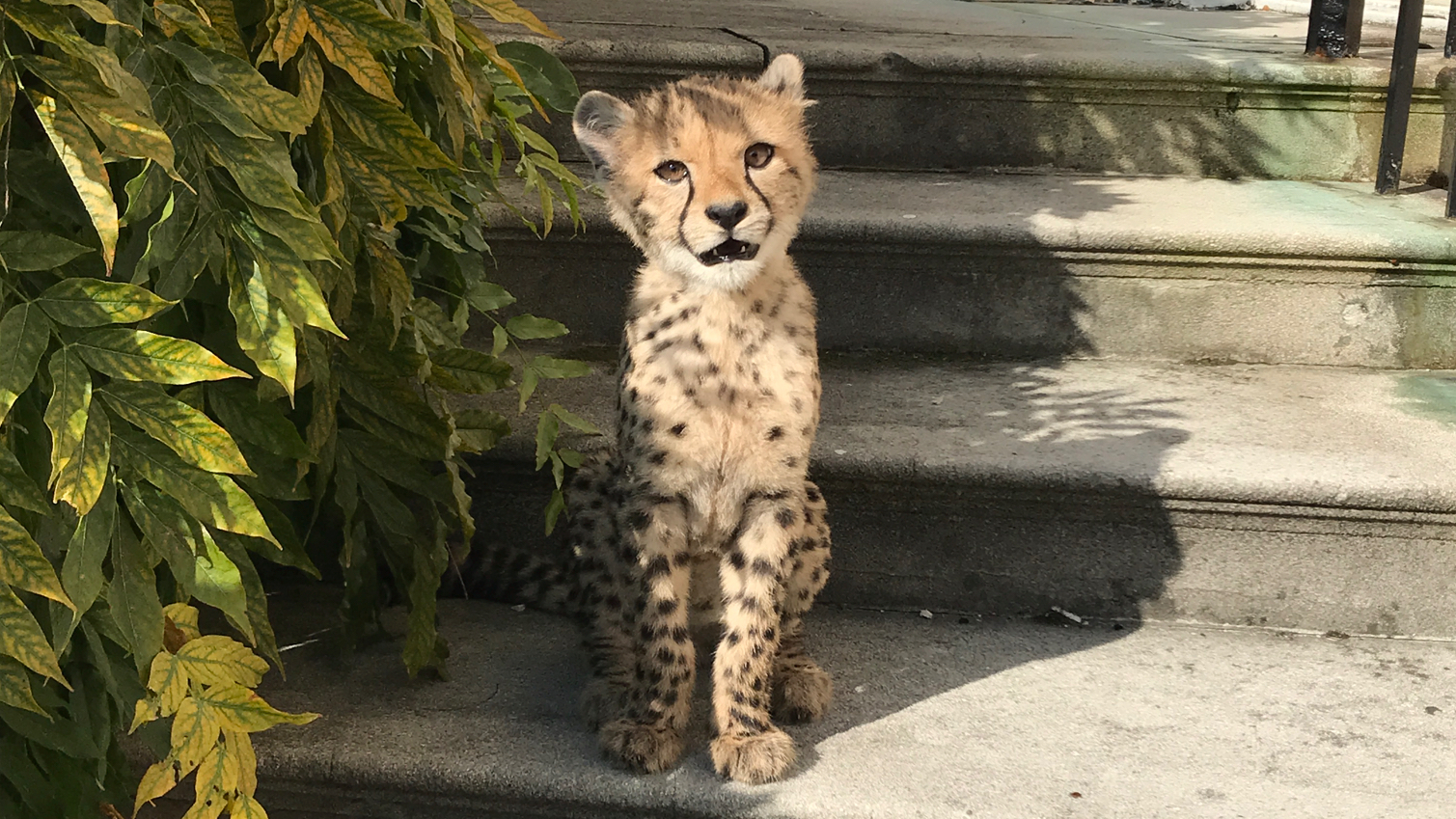 Saba was bottle-fed from an early age (Credit: Aspinall Foundation)

Saba was bottle-fed from an early age (Credit: Aspinall Foundation)

The brothers have had close contact with humans throughout their lives. Because of ill health, Saba was hand-reared by Aspinall and his wife Victoria, the foundation's creative director, for the first 18 months of his life. However, Saba is now fit and healthy enough for his exciting journey to a new life.

"Saba and Nairo are ready to go back to the wild - they don't need us anymore, really," said Victoria Aspinall. "And it's really important that we do this and release them back to the wild, because the genetic pool is so slim out there."

On the International Union for the Conservation of Nature's Red List of Threatened Species, cheetahs are listed as "vulnerable" - but some scientists think this should be upgraded to "endangered" after a study revealed significant population declines.

The Aspinall Foundation is in the process of raising $128,925 to fund the transportation and rewilding program. 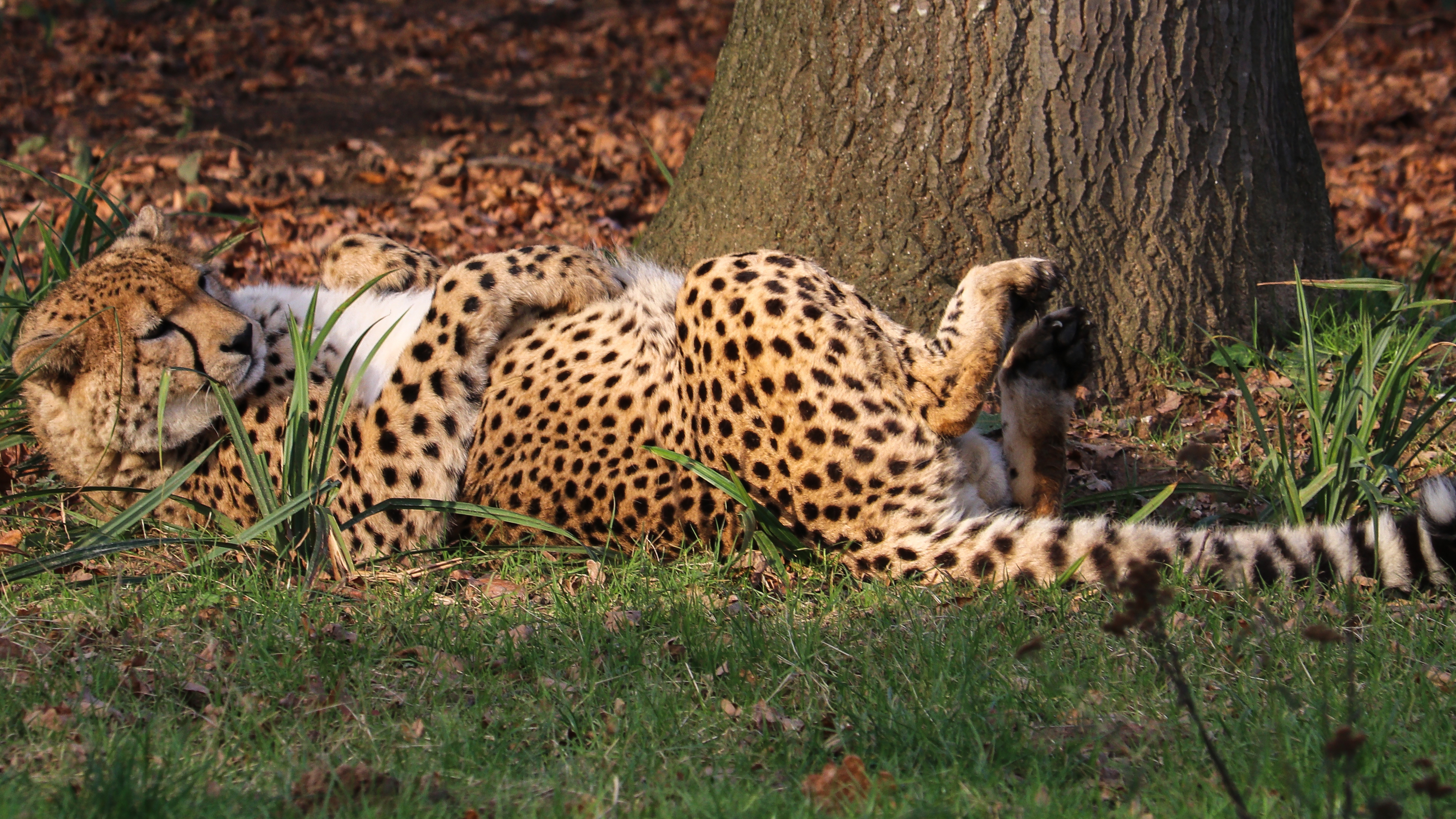 The foundation has already identified a female cheetah that the brothers will hopefully mate with once they are released (Credit: Aspinall Foundation)

The foundation has already identified a female cheetah that the brothers will hopefully mate with once they are released (Credit: Aspinall Foundation)

There are only an estimated 6,674 cheetahs in the wild, while 350 cheetahs were born into captivity over the past three years. Their numbers in the wild are stunted because of loss of habitat and the illegal pet trade.

Cheetahs also only inhabit 10 percent of their previous range. The reintroduction of Saba and Nairo will increase bio-diversity in the South African cheetah population.

The Aspinall foundation is dedicated to rewilding animals. In addition to Saba and Nairo, they have raised and released 12 grizzled langurs, 33 Javan gibbons, 11 European bison, 70 western lowland gorillas and eight black rhinos.