'The in-tray from hell': The to-do list for the UK's new ambassador to the U.S.
By Arij Limam 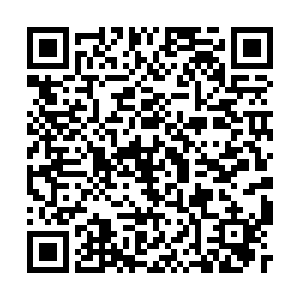 Dame Karen Pierce was named on Friday as the next ambassador to the U.S. after London's previous top diplomat in Washington resigned over comments about President Donald Trump.

Pierce, who is currently the country's UN envoy, replaces Kim Darroch who quit in 2019 over leaked diplomatic cables in which he said the White House was "uniquely dysfunctional" and called Trump "inept."

All eyes are on the new appointment, after Darroch's departure in July left a gap to fill just as the UK and the U.S. prepared for post-Brexit trade deal talks.

"In many ways it's the in-tray from hell," Robert Singh, specialist in contemporary U.S. politics told CGTN.

"She's got to deal with the Huawei issue, trade, Iran, climate change, extradition, there's several areas where London and Washington are miles apart that she has to smooth over," Singh said.

Pierce, 60, previously served in Washington as private secretary to the British ambassador between 1992 and 1996, and is the first woman to hold the post.

UK Foreign Secretary Dominic Raab called her "an outstanding diplomat" and said the appointment came at a time of "huge opportunity" for the historically close nations.

But Pierce will still have to navigate a delicate series of spats that have recently dented the so-called "special relationship."

"The special relationship now is arguably in its weakest state since at least 1956 and the Suez crisis," said Singh. "London is becoming of much less utility to Washington."

Pierce, however, played down the recent disagreements and said she was "honored to have been asked to represent the UK in the U.S."

She also said she looked forward to expanding the traditional security and economic partnership between the two nations to new areas like artificial intelligence and to having talks with President Donald Trump, who has always been "gracious and friendly" to her.

"I think it is the UK's single most important relationship," she said, adding "there is a deep bond between Britain and the U.S. built on many pillars."

In a statement, she promised to "strengthen and even further deepen the special relationship between our two countries and peoples."