Croatia's depopulation: 'I left my family behind. It wasn't easy'
By Aljosa Milenkovic in Zagreb 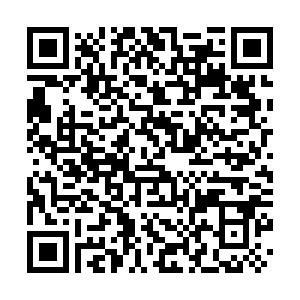 Like many countries in eastern Europe, Croatia is experiencing an unprecedented level of emigration.

Hundreds of thousands of its citizens have left for more prosperous western EU countries. For a nation with a population of around four million, that presents a significant demographic problem. 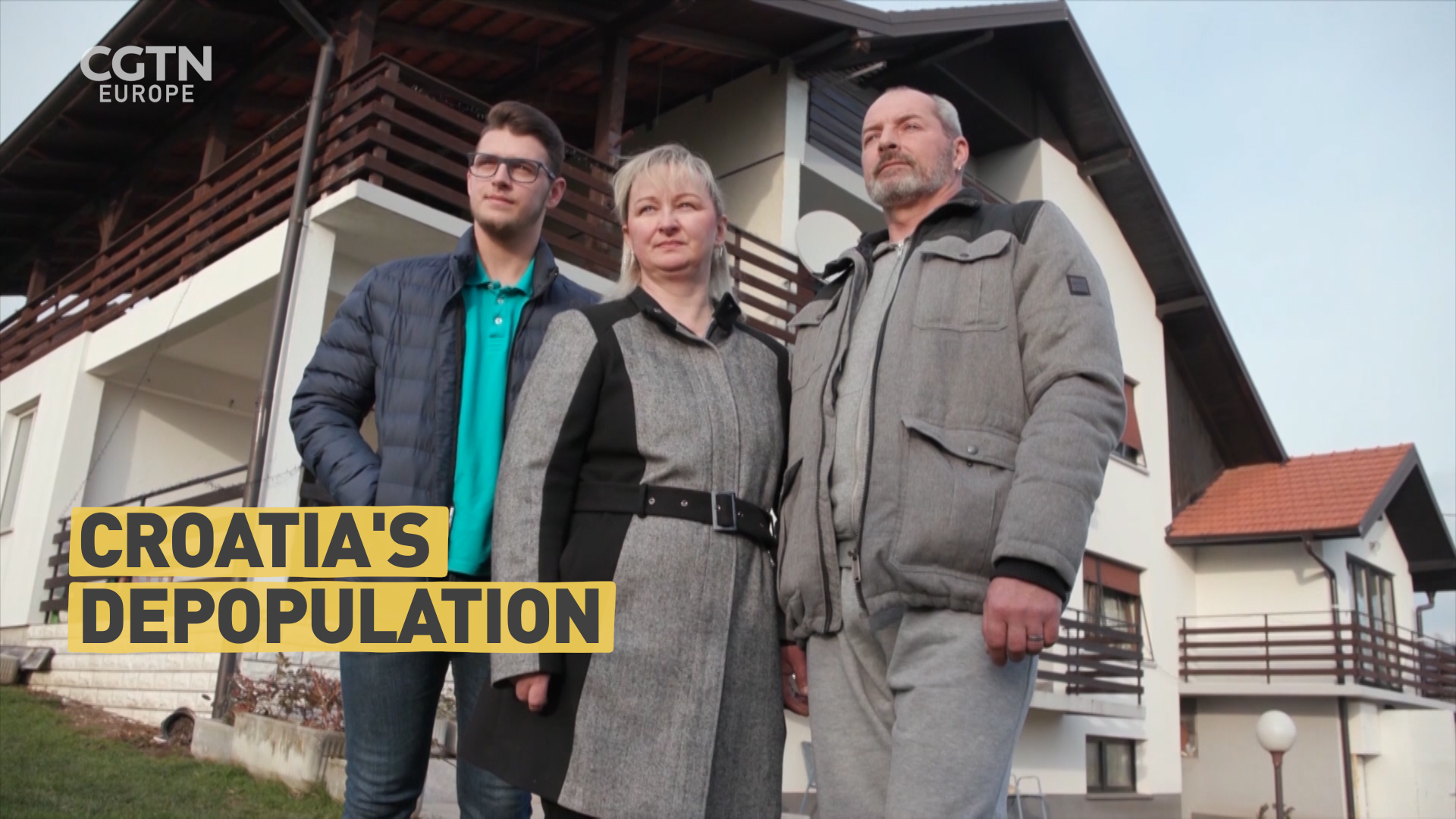 In a bid to find out why so many Croatians are abandoning their country, CGTN went to the small town of Zabok, close to capital Zagreb. There we met Robert and Snjezana Ljubic with their son, world nine-pin bowling champion Toni.

In front of their home, they posed for an idyllic family photo. But that picture-perfect image doesn't tell the full story behind this family. The photo was taken only a few hours before Snjezana and Robert returned to Ireland, where they have found a new home.

Two years ago, Snjezana was forced to leave Croatia in the search for a better life. "It wasn't easy. I left behind my family. Two sons. I needed to decide what to do," says Snjezana, with tears in her eyes.

After just a few months, her husband Robert followed. The financial burden they had in Croatia was simply too big. Now, two years later, they say that they don't regret their decision to leave their homeland.

"Now it's easier for us," Snjezana says. "I have to admit I've been in a better mood ever since. I smile more often, I don't need to think about whether I can last to the end of the month. And I don't regret leaving - I regret not leaving earlier."

Before leaving for Ireland, the Ljubics tried to kick-start their strawberry plantation business for six grueling years. They say that politics and a lack of government support forced them to give up and leave. 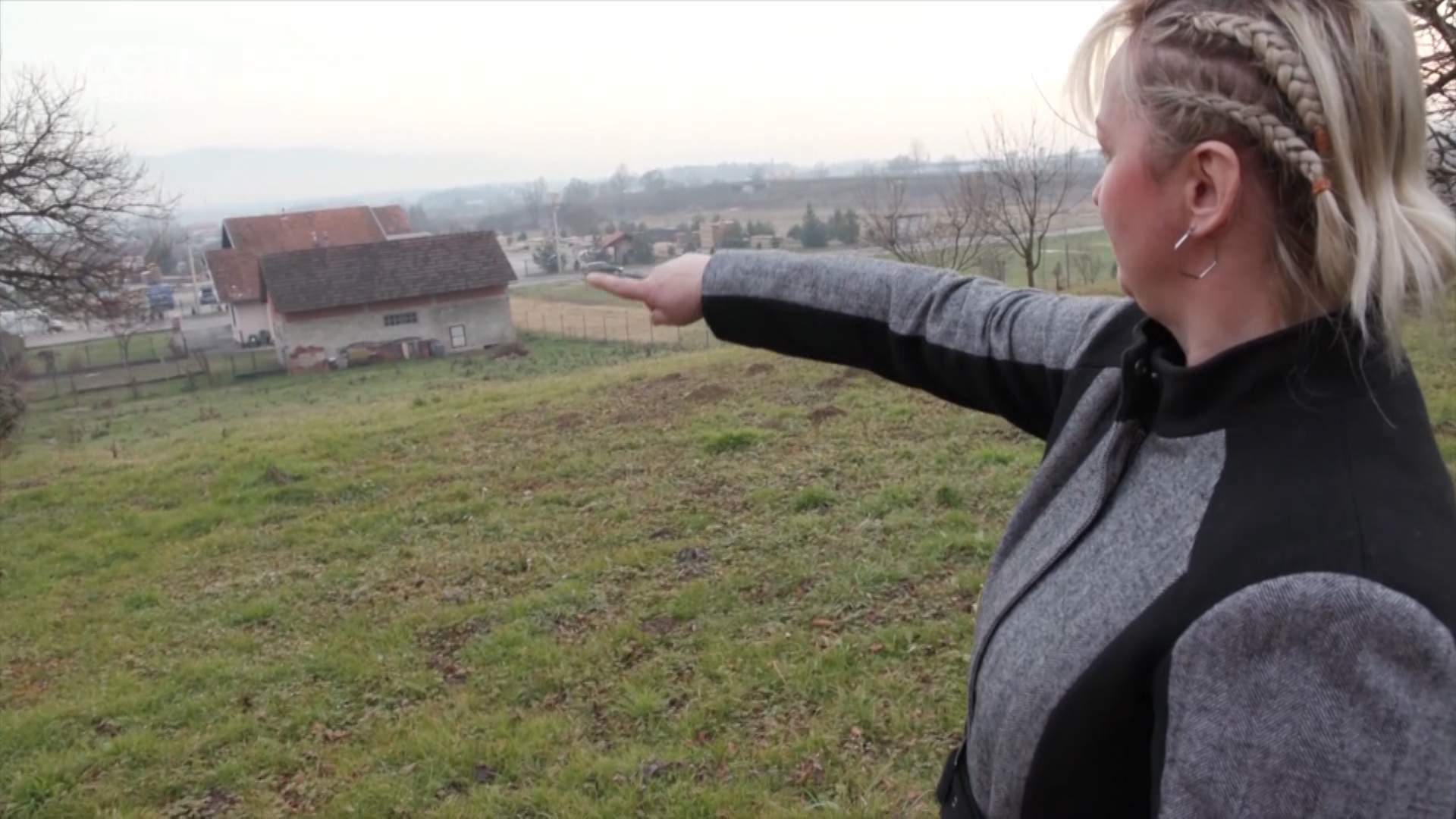 Snjezana points at the fields where the Ljubic family tried to kick off their strawberry plantation (Credit: Aljosa Milenkovic)

Snjezana points at the fields where the Ljubic family tried to kick off their strawberry plantation (Credit: Aljosa Milenkovic)

The bad news for Croatia is that the Ljubics' story is not an isolated case. Experts say that the authorities are doing too little and that any action may even be too late to turn the tide of the exodus.

The reasons for people leaving the country are deeply rooted in the current system. As professor Nenad Pokos from Zagreb University told CGTN: "We have corruption and nepotism, like some other east European countries.

"The young people don't want to live in this situation, and they are forced to emigrate to more organized EU countries, where these issues are less prevalent than in Croatia."

A telling example of disengagement is the Ljubic family's lack of interest in Croatian elections.

"I'm not bothered, not at all," says Robert Ljubic. "I don't care about the government here, and I don't know politicians in Ireland, so - I don't care. Those staying here will choose their future."

As for that future, both of Snjezana and Robert's sons are considering joining their parents in Ireland permanently - and soon. The pattern of emigration continues.