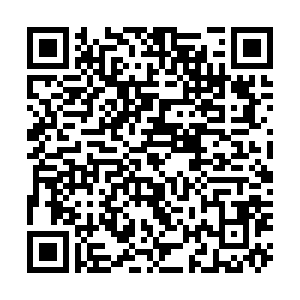 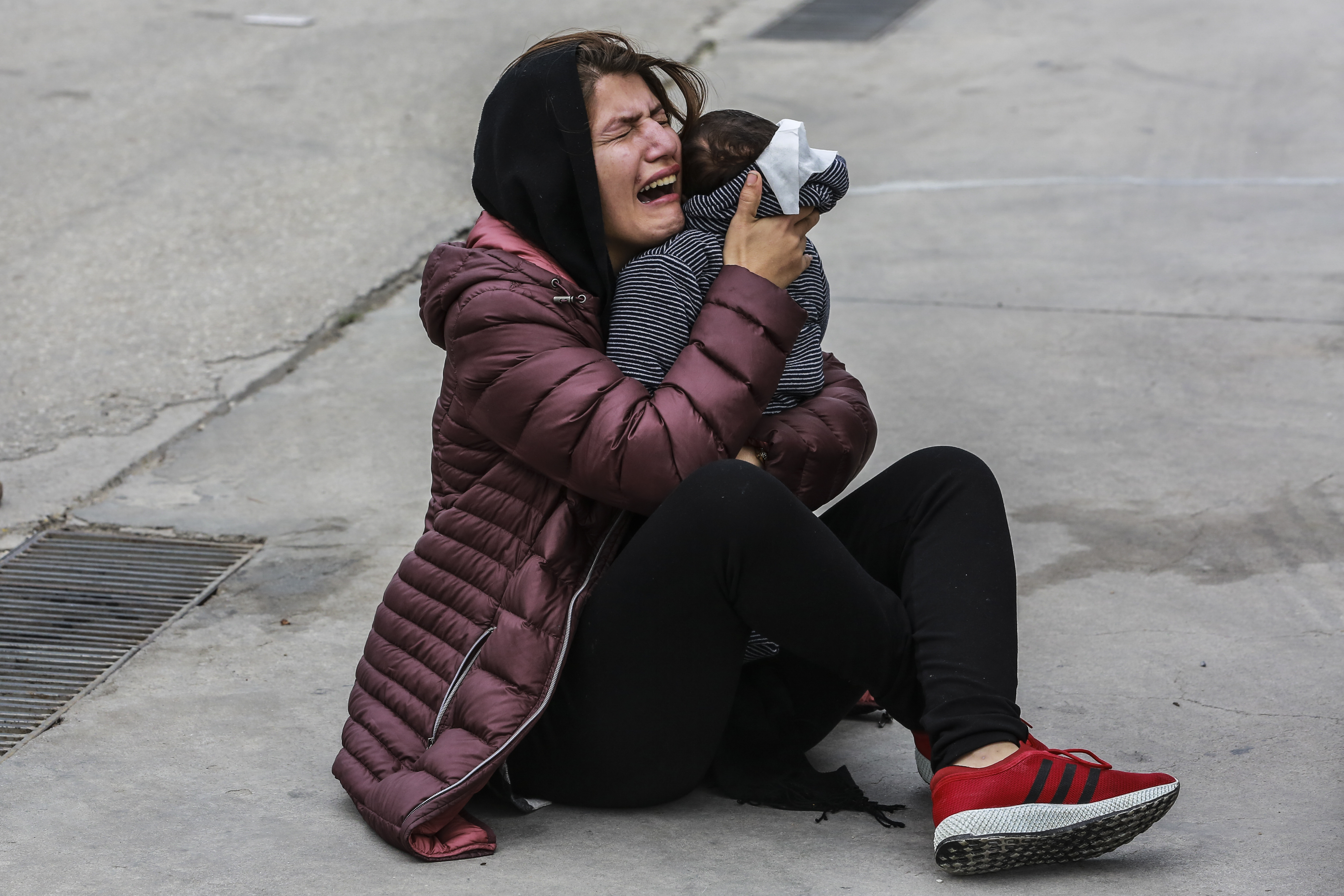 A migrant holds a child during clashes with riot police as refugees and migrants demonstrate against tougher asylum laws on Lesvos.(Credit: Manolis Lagoutaris / AFP)

A migrant holds a child during clashes with riot police as refugees and migrants demonstrate against tougher asylum laws on Lesvos.(Credit: Manolis Lagoutaris / AFP)

Lesvos, a Greek island on the eastern Aegean Sea, just a few miles across from Turkey, has been on the frontline of Europe's refugee crisis since 2015.

It hosts Europe's largest refugee camp, the infamous Moria camp that has been named after the nearby village.

Moria was built for about 3,500 asylum seekers but currently hosts close to 20,000. The camp keeps overflowing into the adjacent olive groves, where people live in abysmal conditions in makeshift shelters, without running water and electricity.

Most of them have been trapped on the island for months because of the EU-Turkey deal that was signed in 2016. The agreement was Europe's response to the inflows of migrants and refugees into the continent. It stipulates that asylum seekers arriving on the Greek islands from Turkey have to remain there until their asylum claims are processed and they can be transferred to the mainland.

An explosive situation has developed on the island due to lack of personnel and facilities to process a backlog of claims; limited space in mainland Greece to host the growing number of refugees; few deportations to Turkey; and most importantly, a constant surge of arrivals that have been far outpacing departures from Lesvos. 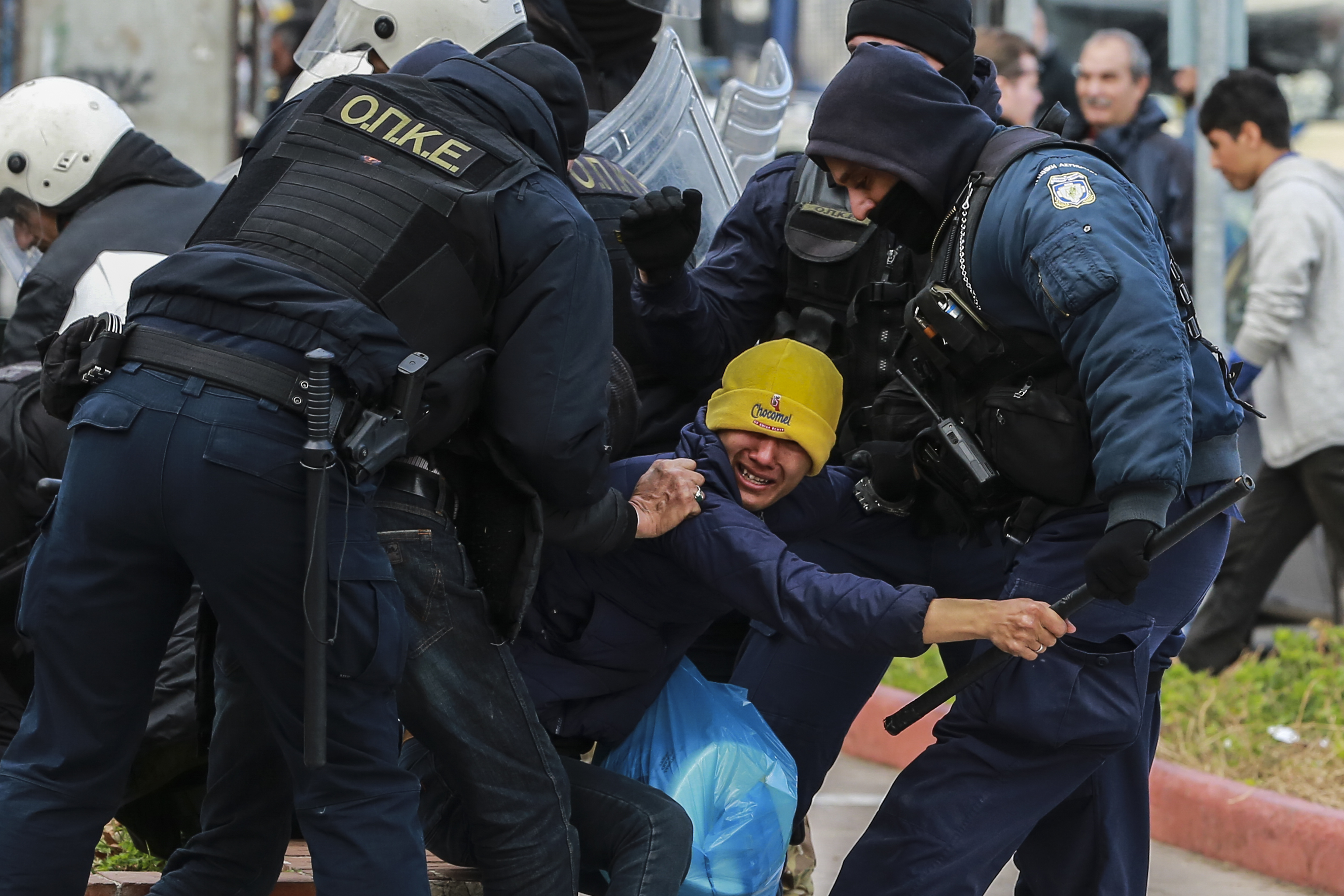 Riot police scuffle with migrants during a demonstration outside the municipal theater of the city of Mytilene, on the island of Lesvos.(Credit: Manolis Lagoutaris / AFP)

Riot police scuffle with migrants during a demonstration outside the municipal theater of the city of Mytilene, on the island of Lesvos.(Credit: Manolis Lagoutaris / AFP)

Tensions have been building for years and local authorities have been constantly demanding the Greek government decongest the island. Local residents have been taking to the streets while asylum seekers have also been protesting the appalling living conditions and their long-term stay on the island, sometimes even by setting parts of the camp on fire. Most of them want to move to northern Europe.

In late November, Greece's new conservative government announced a series of new, tougher asylum laws in an effort to address the dire situation on the five Greek islands where the situation is more difficult. The new legislation includes stepping up deportations, faster processing of asylum claims, no right to appeal a rejected asylum claim and the construction of new "closed" reception centers. The legislation came into effect on January 1.

Nevertheless, the situation in Lesvos reached breaking point this week when thousands of asylum seekers, mainly Afghans (who make up 40% of all arrivals) clashed with riot police as they protested the conditions on the island.  The government dispatched more riot police to Lesvos at the request of Kostas Moutzouris, the Northern Aegean regional governor.

Moutzouris told Greek radio that on Tuesday, "some residents of the Moria village were patrolling the (village) streets to make sure no migrants go through. Things are not going well and I don't know how they will evolve. The government is not present. Local residents are at a loss."

The government says that the new laws will turn the situation around but it will take some time. According to the government, 85 people were returned to Turkey in January as against 391 in the whole of  2019. The government aims to reach 200 returns per week within the next three months. 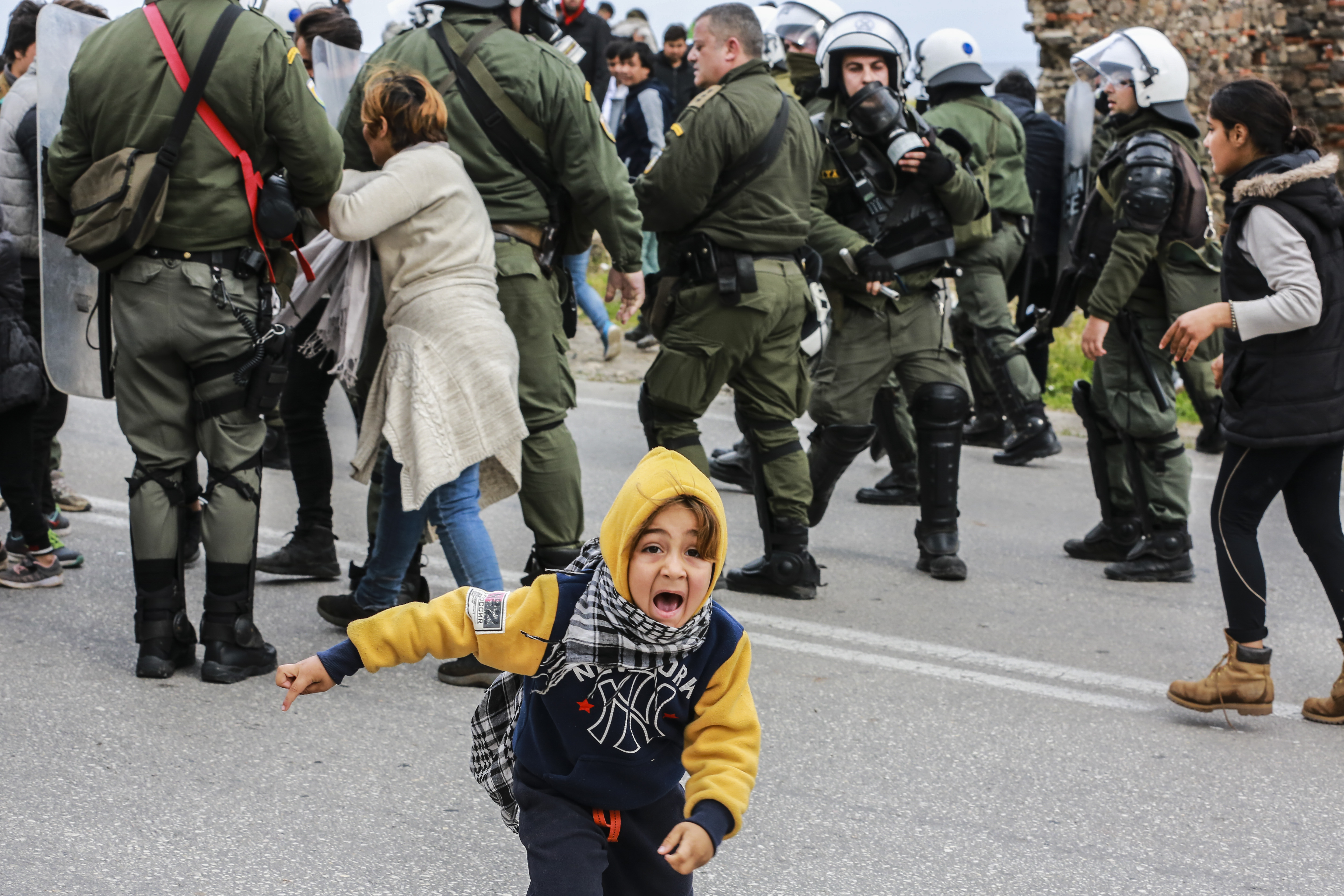 Meanwhile, Greek daily 'Kathimerini' reported that protests from the asylum seekers have intensified due to the new asylum laws. It quoted Marios Kaleas, head of the regional asylumoOffice in Lesvos, who said that the asylum seekers, "see that the law has become tougher, there are more claims rejected and they are afraid they will be returned to Turkey." He also said that asylum claims from those arriving after January 1st are being prioritized and processed within two and a half weeks.

According to UNHCR, the UN Refugee Agency, 2,795 asylum seekers reached Greece by sea between January 1 and 26, with over half arriving on the island of Lesvos.