Irish elections 2020: Everything you need to know
Arij Limam 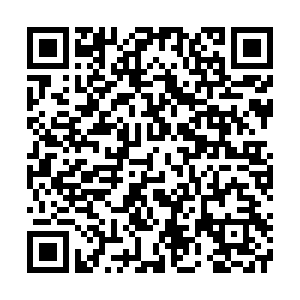 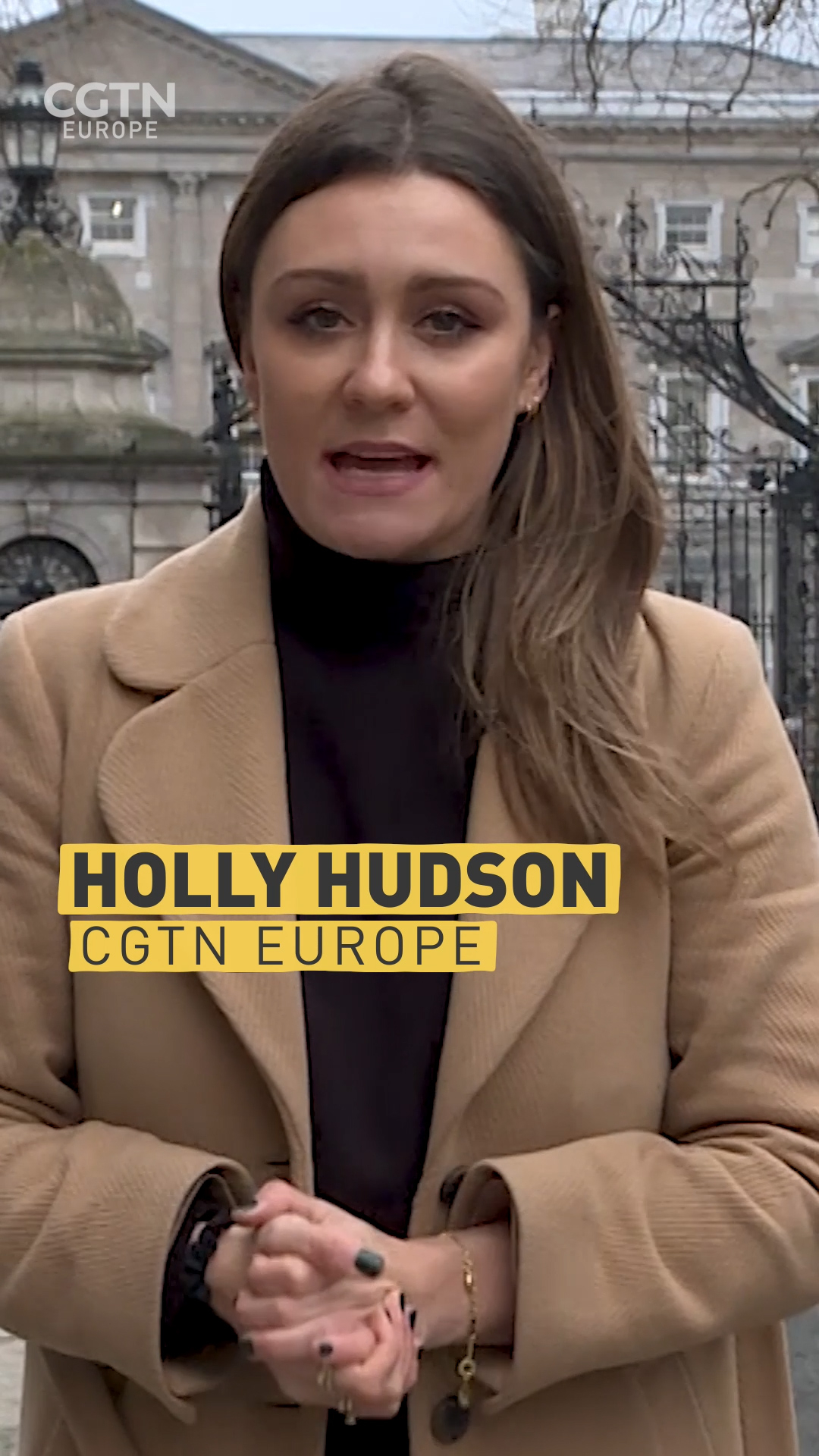 Irish voters are heading to the polls for an early general election on 8 February after weeks of campaigning.

The election was called more than a year before it was due, by the Taoiseach (prime minister) Leo Varadkar, who is seeking to capitalize on a successful Brexit deal and restored power-sharing in Northern Ireland.

As Varadkar fights for a third successive term in government for his party Fine Gael, his main challenger from the Fianna Fáil party, Micheál Martin, is vying to take his place as prime minister.

But recent polls have suggested that there has been a surge in support for the nationalist Sinn Féin party led by Mary Lou McDonald.

"I think the big thing about this election which is going to be talked about a great deal is the rise of Sinn Féin," says Professor Gail McElroy from Trinity College Dublin.

The most likely outcome, however, still seems to be another coalition government. Here's everything you need to know before polls open on the weekend.

Who are the main parties involved?

The last general election in Ireland was held in February 2016 and produced a hung parliament. Prime Minister Leo Varadkar's Fine Gael party won the largest number of seats and formed a minority government with the support of its fellow center-right rivals Fianna Fáil and independent members of parliament. 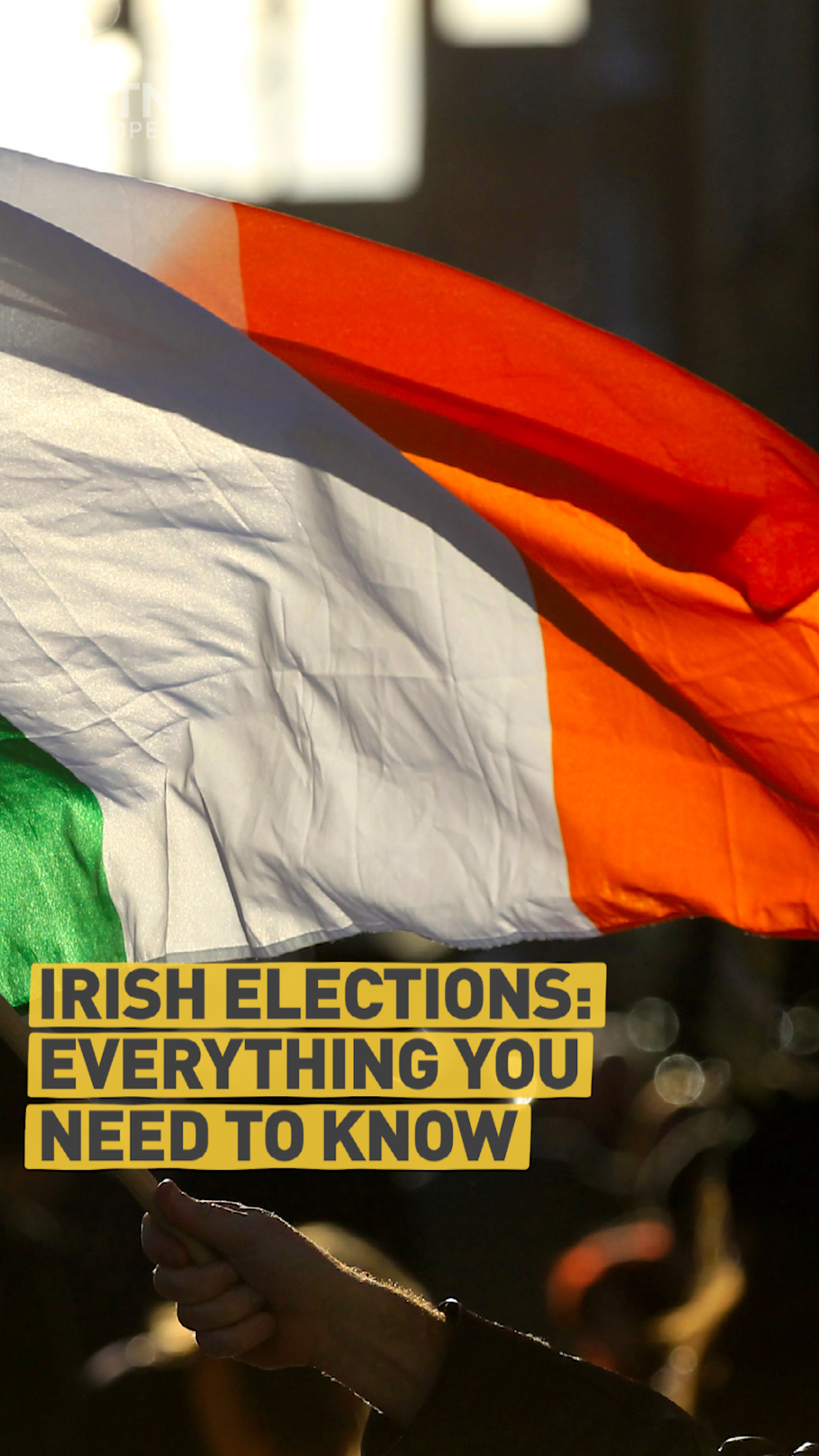 While all eyes are on the big three parties Fine Gael, Fianna Fáil and Sinn Féin, others including the Green Party and Labour are also hoping to make some gains. But McElroy said the prospects aren't looking good. "Historically, there's been a small Labour party on the center-left, but it's not going to do very well in these elections." 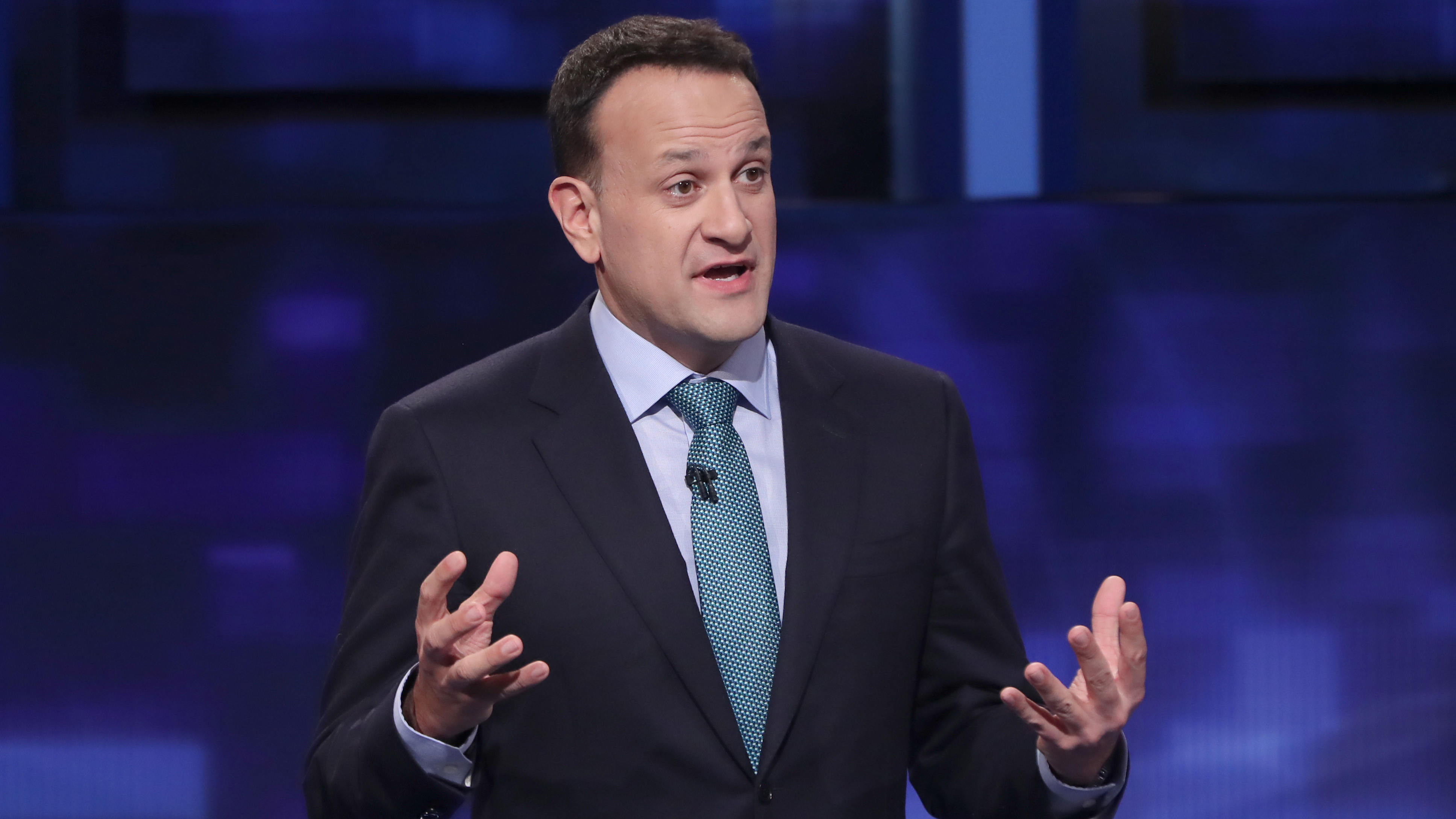 Fine Gael's manifesto highlights their proposed next step following the Brexit deal, which they say is to "negotiate a free trade agreement between the EU, including Ireland, and the United Kingdom that protects our jobs, our businesses, our rural and coastal communities, and our economy." Election priorities outlined in the manifesto also include jobs, housing, healthcare and climate action. 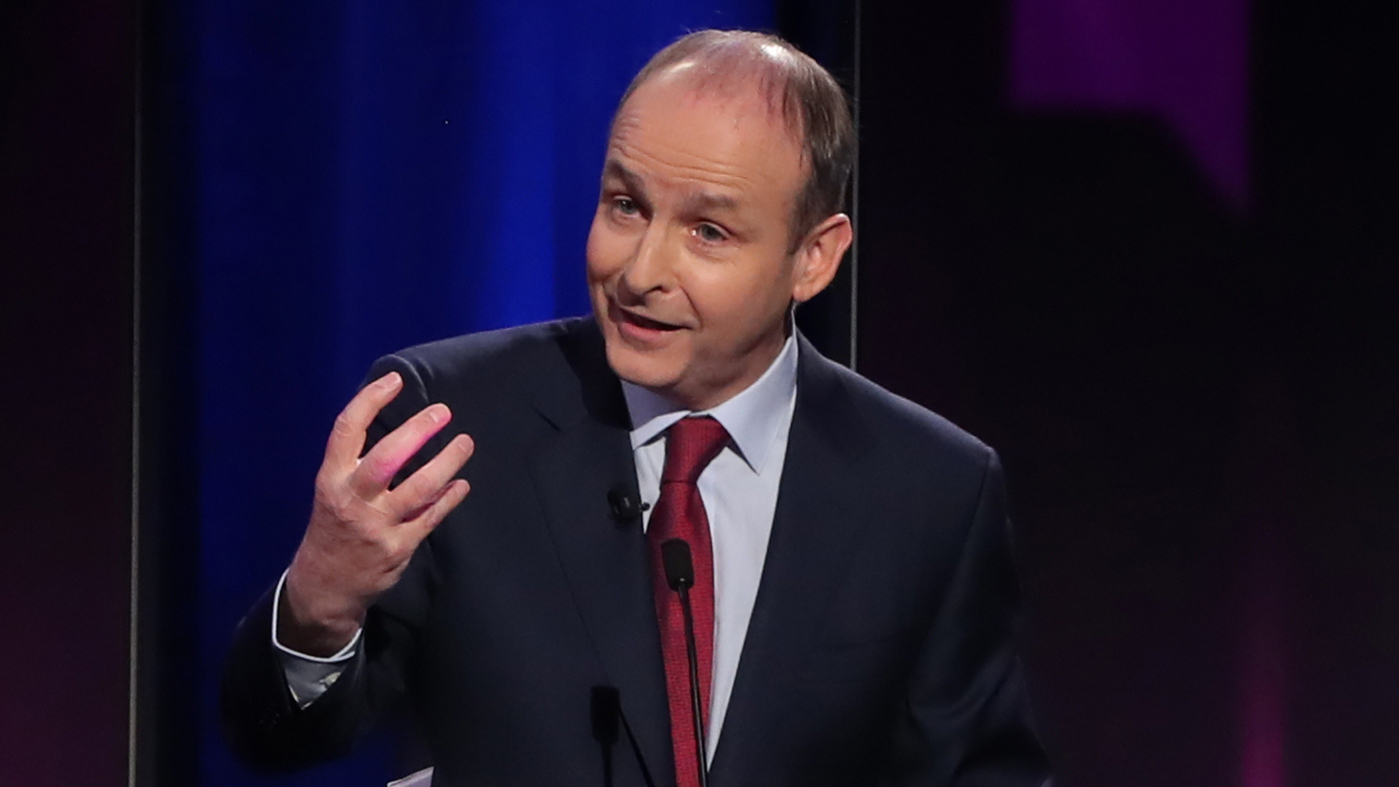 Officially known as The Republican Party, Fianna Fáil is considered a center to center-right party, albeit seen as slightly more liberal than Fine Gael. Micheál Martin is the current leader of the party which identifies its ideologies as liberalism, conservatism and pro-Europeanism.

Fianna Fáil's election slogan is "An Ireland for all." Its manifesto says the country needs a new government "that has the will and ability to deliver real progress on health, housing, crime and the cost of living." It also highlights delivering climate change targets and working for Ireland's value on the world stage.

The party currently has 45 seats in the Dáil, and 13 Senators. 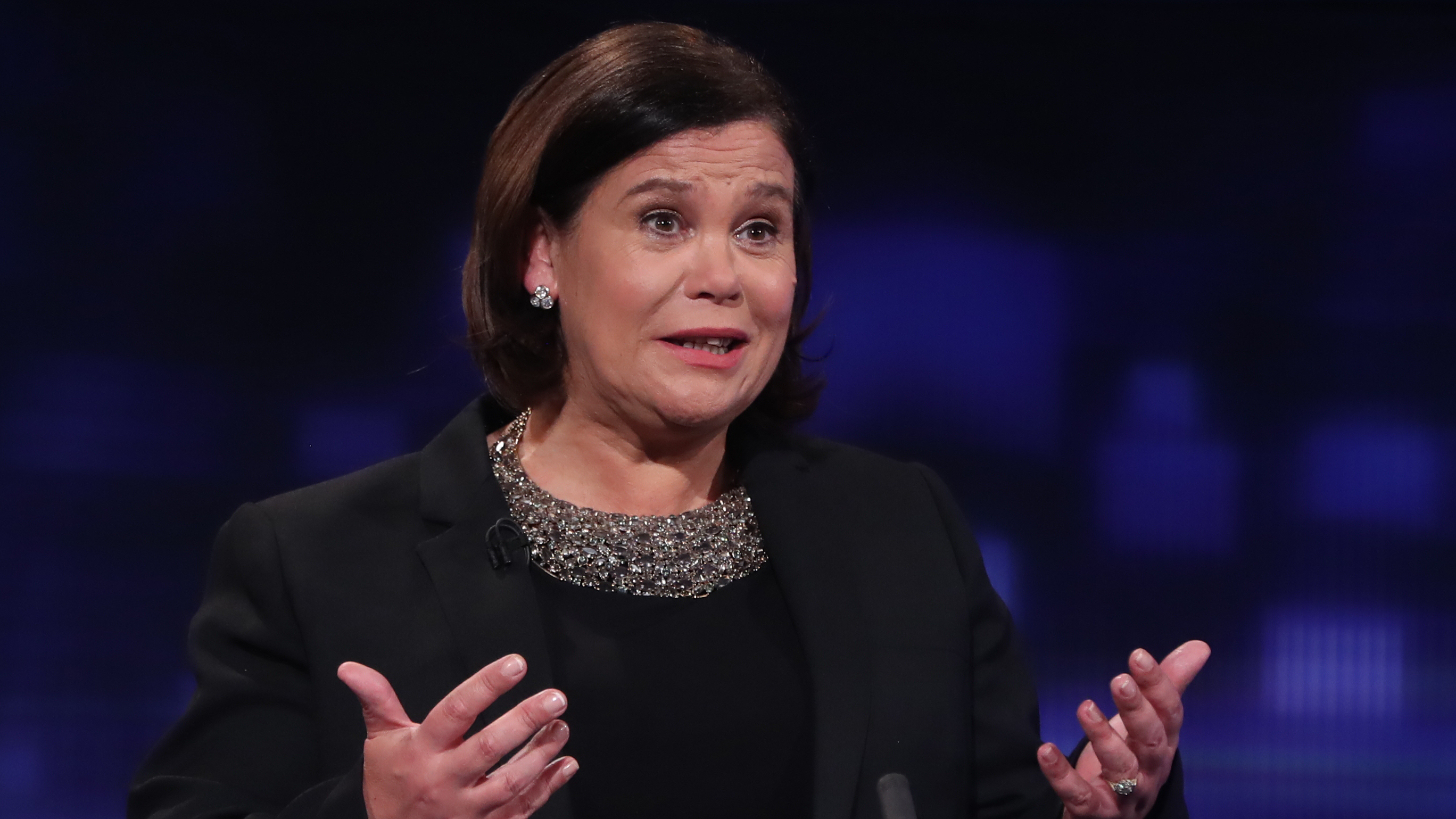 Sinn Féin is the center-left to left-wing Irish republican party, and it's also active in Northern Ireland. It once formed the largest Irish Republican party until Fianna Fail broke away in 1926 over differences in how to unite Ireland. Led by Mary Lou McDonald, the party's ideologies are left-wing nationalism, democratic socialism and Irish republicanism.

"Giving workers and families a break" is Sinn Féin's slogan on their election manifesto. The key issues highlighted in the manifesto are working towards a united Ireland, ending homelessness, lowering the pension age, easier access to healthcare and cracking down on crime.

The party currently has 22 sets in the lower house of parliament, and 6 senators.

What are the opinion polls saying?

A recent Irish Times/Ipsos MRBI poll showed a surprising surge into first place for Sinn Féin, with 25 percent of all likely voters saying they intend to vote for the party. Fianna Fail was following closely behind on 23 percent, with Fine Gael in third place at 20 percent. 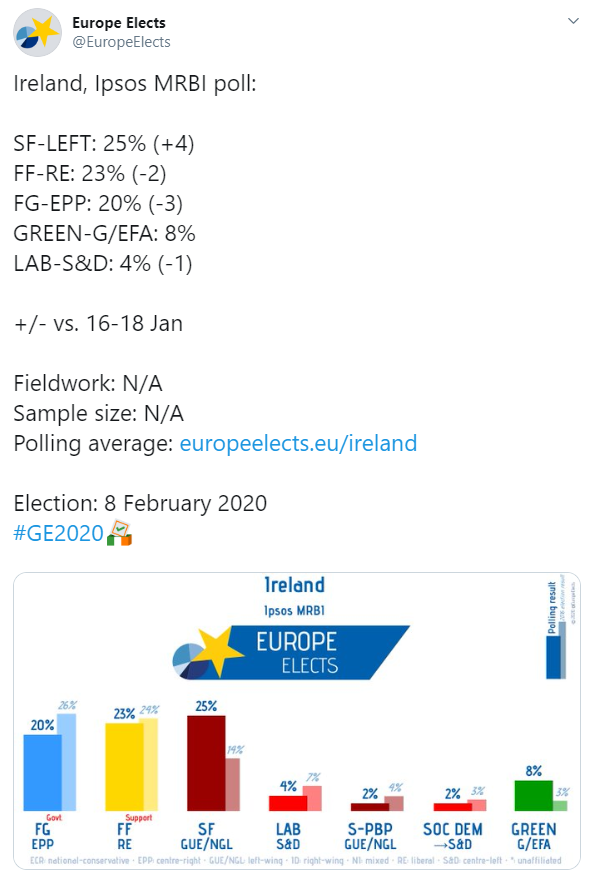 However, when it comes to forming coalitions, the poll showed that more voters expressed a preference for a coalition government involving Fianna Fáil than any other party.

The prospects of a coalition are seen as the most likely for many, "it's unlikely that any party will get a majority, in fact no party can get a majority, as there aren't enough candidates," said McElroy. "It really will depend on the final division of seats and there will be a lot of negotiation and the government will probably not form very quickly."

But with both the leaders of Fine Gael and Fianna Fáil ruling out forming a coalition with Sinn Féin, commentators are waiting with baited breath for the outcome of the votes, as they say it will be all to play for after the election.

How do Irish elections work?

All Irish and British citizens who live in Ireland aged 18 years or over are entitled to vote. The country is divided into 40 areas called constituencies, in which three, four or five members of the lower house of parliament, or Teachta Dála (TDs) may be elected.

Voters can rank several candidates by order of preference, first, second, third, and so on.

Who does what in Irish politics?

The Republic of Ireland is a parliamentary democracy, meaning the Irish public vote on who will represent them in parliament, and the party (or coalition of parties) with the greatest representation forms the government with its leader becoming prime minister (Taoiseach).

Two houses make up the Irish parliament, known as Oireachtas – The House of Representatives (Dáil Éireann) and the Senate (Seanad Éireann).

Chief legislative power is centered in the 158-member House of Representatives serving 40 constituencies. Members are elected in a general election, usually held every five years. A party needs to win 80 seats to achieve a majority.

The country's head of state is the publicly elected president (uachtarán), who serves a term of seven years and can continue to serve for a second if re-elected. The president acts on the advice of the government and is largely a ceremonial position.