London's Chinatown is fighting back against the coronavirus
Phil Lavelle 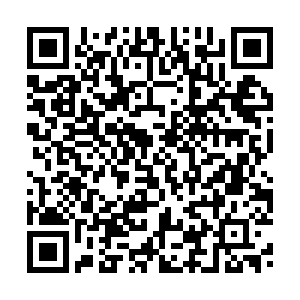 This time of year is traditionally quieter than normal as people go back to work after Lunar New Year.

Restauranteurs in London had feared the outbreak would make life worse for their businesses. Business isn't as bad as many expected, although numbers are down, explains Lawrence Lee, from the London Chinatown Chinese Association.

"People will die from flu related diseases… that number is a lot higher. I do think that obviously we are concerned but China is doing its part to contain the spread of infection and also they are trying to get a cure for it and the UK has spent millions of pounds to try to find a vaccination so I think we're moving in the right direction," he tells CGTN.

"People do not know exactly how it can be transmitted and how likely it is to be transmitted so a lot are concerned about that, so fewer people are coming in at this stage.

"I would say to give it a few weeks and everything will calm down and like in previous periods like in SARS or ebola virus, eventually people will start to have more confidence and seeing that the whole picture is being contained, then I think they'll come back to Chinatown.

"I don't think there is any need to have any fear because all the restaurants, all the businesses they're doing their part to actually stop any spread of infection and also transmitting infection.. the infection control, we are doing very well in Chinatown, so everyone is safe to come here to enjoy their food and enjoy their stay in Chinatown.”