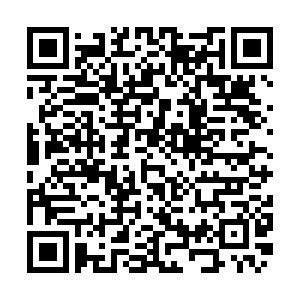 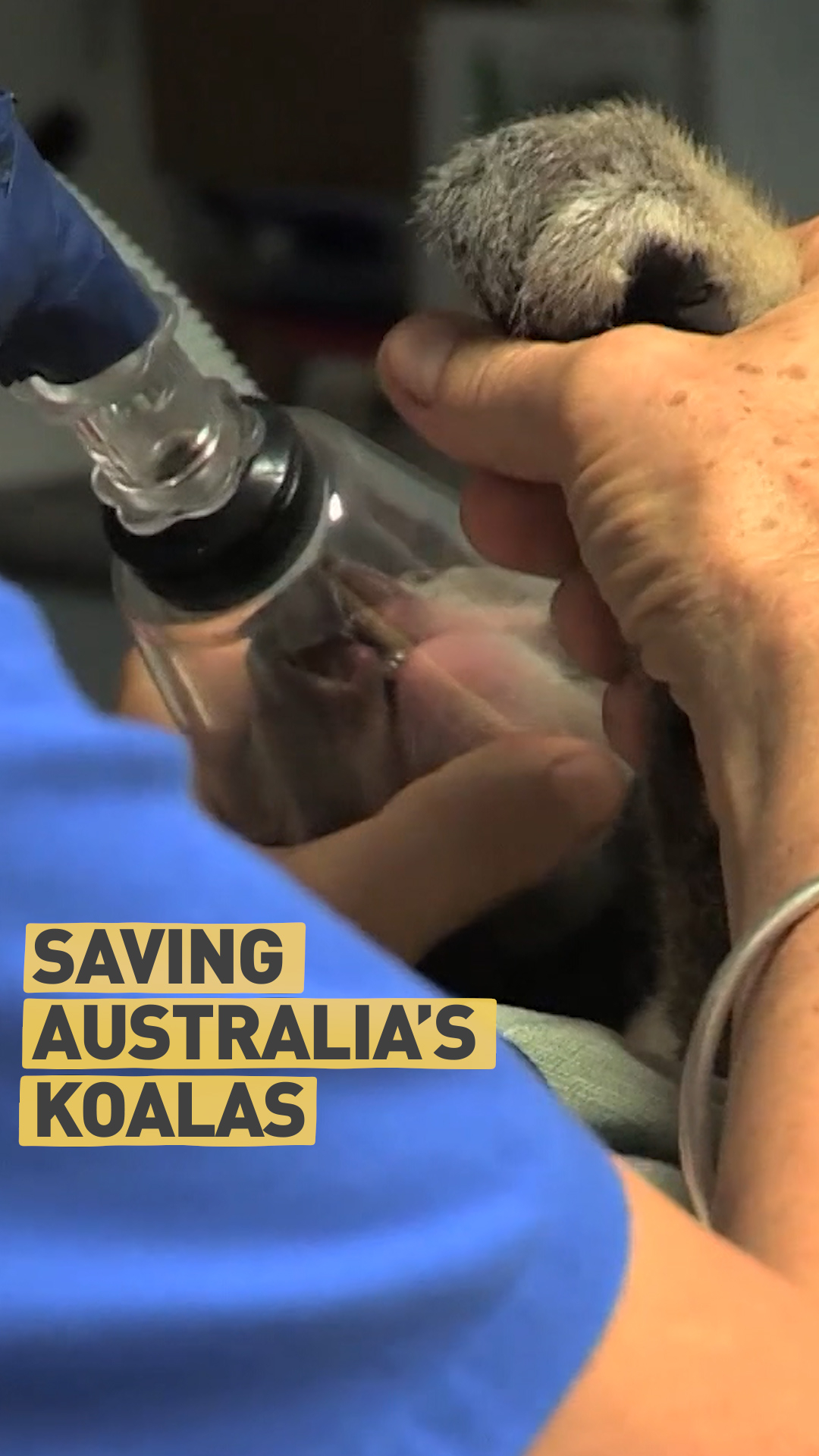 An unprecedented bushfire season in Australia has devastated the country's koala population. By some estimates, a third of all the koalas in Australia have died because of these fires.

The Port Macquarie Koala Hospital in New South Wales Australia has been desperately trying to save these iconic animals. "Thousands and thousands have been lost but nobody has come up with a definite number at this stage," said Sue Ashton, the president of the hospital.

"We think that they have been hit terribly and it is going to take many, many years for them to recover but we are so determined to do everything that we possibly can to help wild koalas in Australia. We're not going to let the fires beat us.

"I think for the first time people in the community and even politicians are starting to notice how important the iconic Australian koala is," she added. 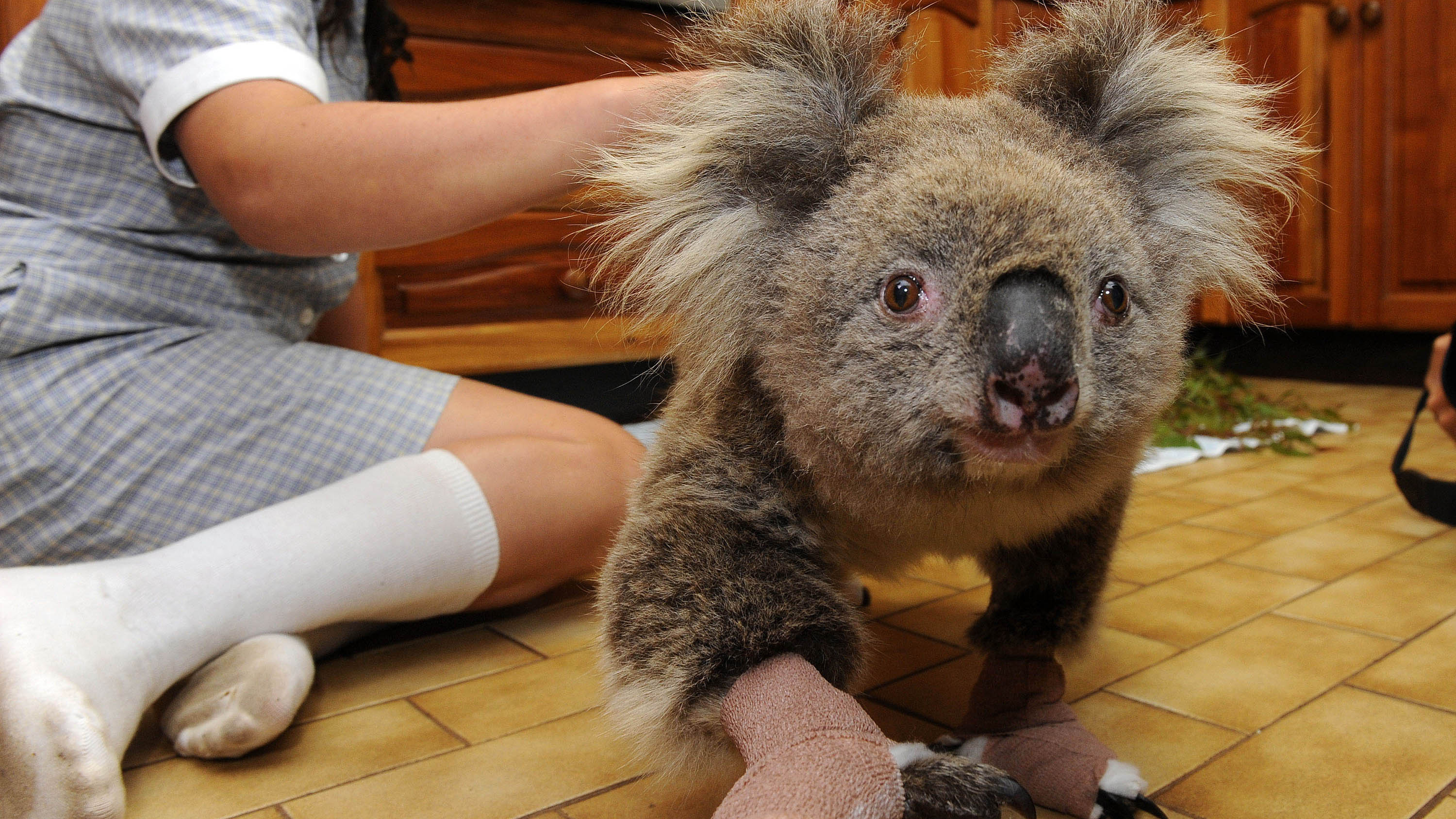 A koala injured during a bushfire in Gippsland (Credit: AP)

A koala injured during a bushfire in Gippsland (Credit: AP)

Images of injured koalas have spread across the internet and caused international concern for these already threatened animals. The number of koalas was already dwindling in the country before the fires began because of habitat destruction, car accidents, dogs and climate change.

The increased attention has resulted in millions of dollars pouring into the hospital from international donors. The hospital set up a GoFundMe campaign with the original goal of raising $25,000; so far it has received 156,500 donations totaling $7,695,630.

Port Macquarie's current plan is to use this money to buy land for a breeding program. "There are koalas here who have been treated and rehabilitated but, for whatever reason, cannot be released back into the wild," said CGTN's Greg Navarro from Port Macquarie. "They'll be used in breeding programs with the hope of helping to populate the species in this region." 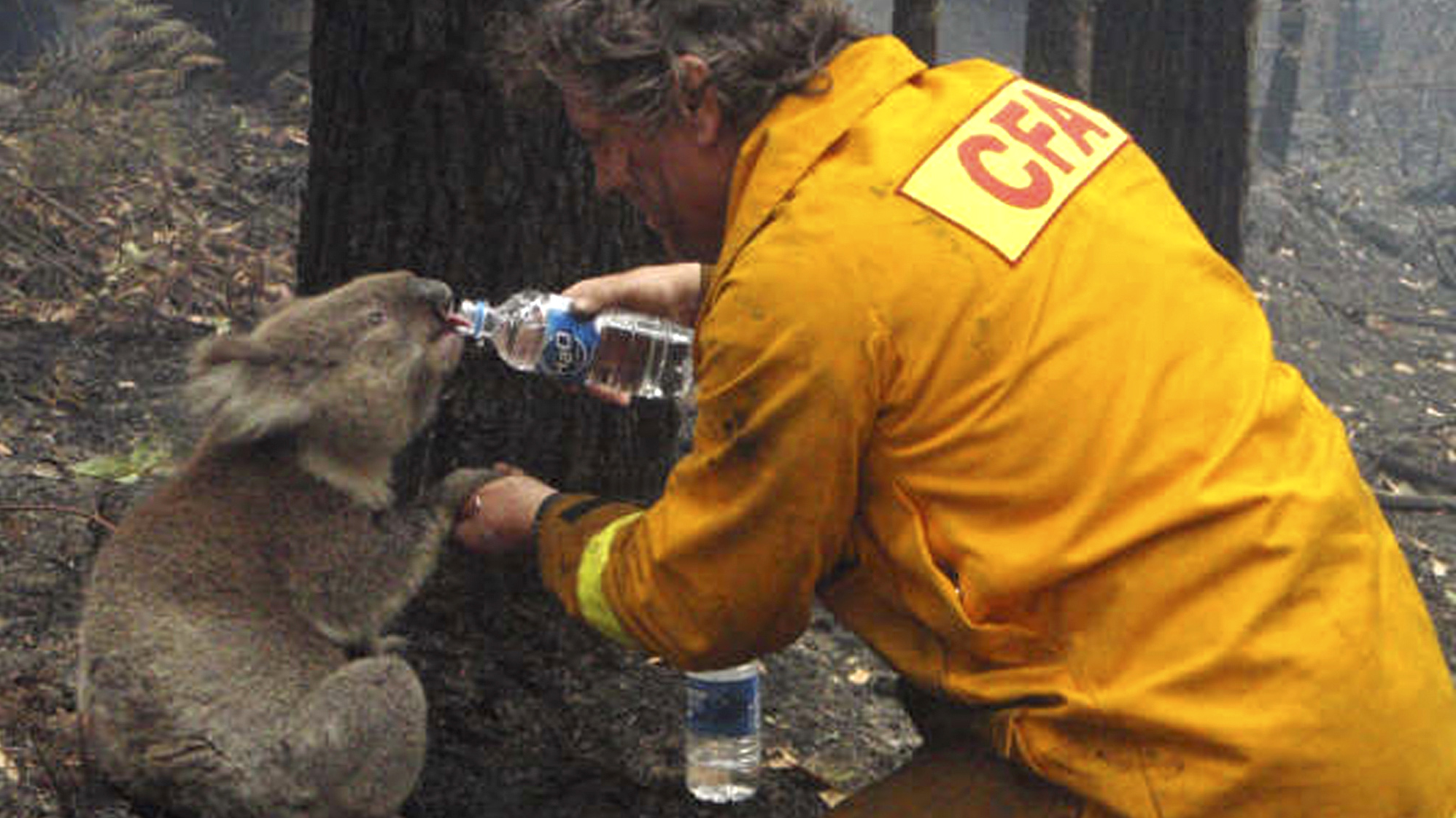 A firefighter sharing his water with an injured koala after wildfires swept through its habitat (Credit: AP/ Mark Pardew)

A firefighter sharing his water with an injured koala after wildfires swept through its habitat (Credit: AP/ Mark Pardew)

Australia's Environment Minister Sussan Ley said that the devastation caused by these bushfires might cause the animals to become listed as endangered for the first time, adding that koalas were "extraordinarily hit" by the fires.

The majority of koalas carry chlamydia, which makes them infertile. Kangaroo Island, which was almost completely destroyed by the fires, houses the majority of the chlamydia-free koala population. There are fears that more than half of these koalas have perished and the remaining koalas cannot be removed because of their chlamydia-free status, forcing the government to rescue and treat them on site.

Australia already has the world's highest animal extinction rate and current fears are that these fires have only exacerbated the problem. Kangaroo Island also houses several nature reserves containing unique species, including the black glossy cockatoo, which was endangered before the fire, and the Kangaroo Island dunnart.

The loss of these vulnerable animals' habitats from the fire has caused concerns about their future survival. Some of the habitats will take decades to recover, meaning the extent of damage caused by these fires on animal populations may not be known for many years.