Can you tell the difference between a real human face and a mask?
Arij Limam and Natalia Luz 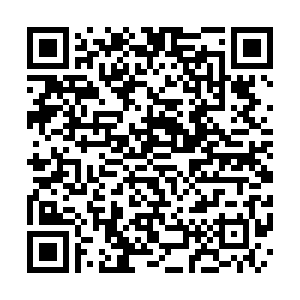 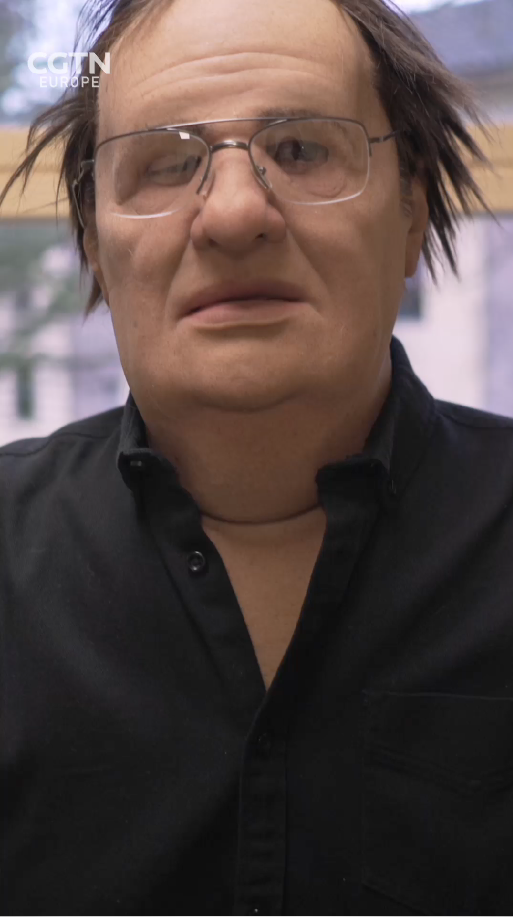 Gone are the days of fancy-dress shop face masks with oversized glasses and a huge mustache that can be spotted miles away.

Today, masks made of silicone cover the entire head and neck, and look so realistic that most people can't tell when one is being worn.

These hyper-realistic masks are a relatively new technology, using modern techniques and materials that can completely transform a person's face to look like a different age, race or even gender.

CGTN Europe took a closer look at some of these masks at the University of York in the UK. 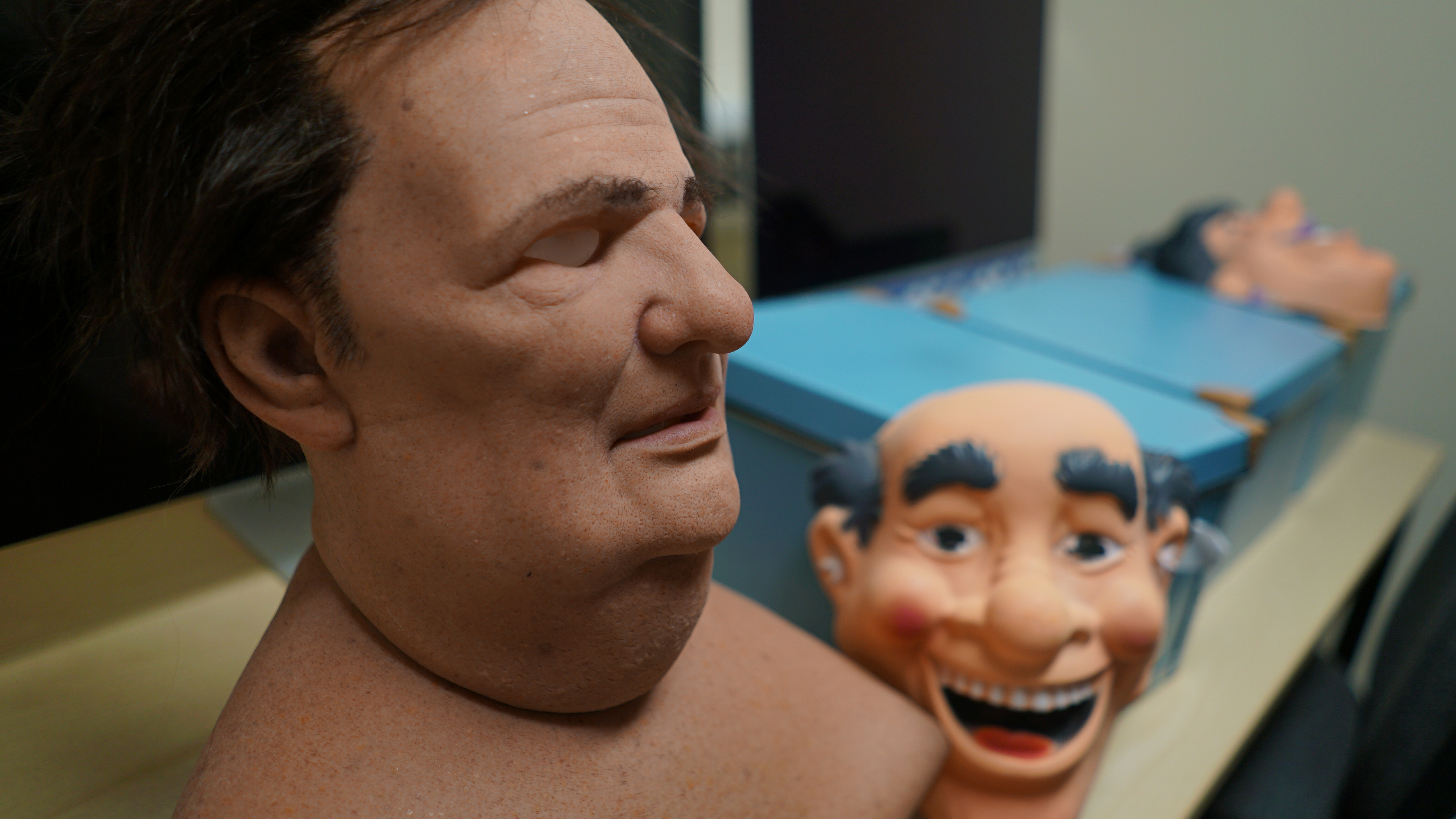 How realistic are they?

Researchers wanted to put these masks to the test to scientifically establish what counts as "realistic."

One strand of the study involved showing participants pairs of photographs and asking them to identify which one showed a person wearing a mask.

"This is really tough, people are having a hard time distinguishing which is which, even when they have unlimited time to make that decision. So we're talking about one in five trials they'll make an error." 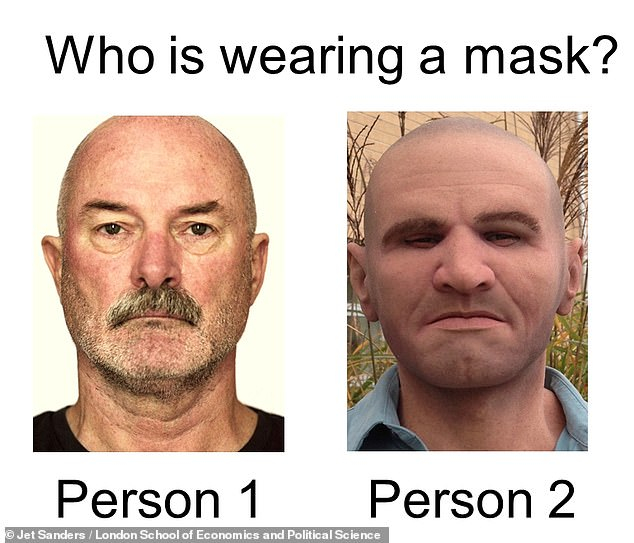 Tests carried out to determine whether people could identify hyper-realistic masks resulted in a 20% error rate. (Credit: Jet Sanders /London School of Economics and Political Science)

Tests carried out to determine whether people could identify hyper-realistic masks resulted in a 20% error rate. (Credit: Jet Sanders /London School of Economics and Political Science)

Another test involved a confederate of the study wearing a mask and walking around the York University campus. Passersby were stopped and asked if they noticed anything strange about the appearance of the mask-wearer. The outcome of this experiment according to Jenkins was that "nobody recognizes these masks spontaneously."

Masks have become so realistic that scientists are now warning of the security implications involved.

"Once you break the connection between a person's facial appearance and their identity, that introduces some security questions," said Jenkins.

"If they can pass as real faces, then it opens a potential pathway for abuse, where you can use these masks to get away with something you might not get away with otherwise."

In one case, an individual used a hyper-realistic mask to impersonate France's then-finance minister, Jean-Yves Le Drian. He carried out Skype calls to wealthy business owners and political figures asking for financial help to pay ransoms for French citizens held hostage in the Middle East, according to the BBC. The individual later identified as French-Israeli con artist Gilbert Chikli, managed to scam an estimated $90 million before he was jailed.

In another case in August 2019, jailed Brazilian gang leader Clauvino da Silva attempted to escape prison by wearing a hyper-realistic mask to look like his teenage daughter. Da Silva wore a wig over the mask and squeezed into his daughter's clothes in his jailbreak attempt, but was spotted by guards who said he was visibly nervous. 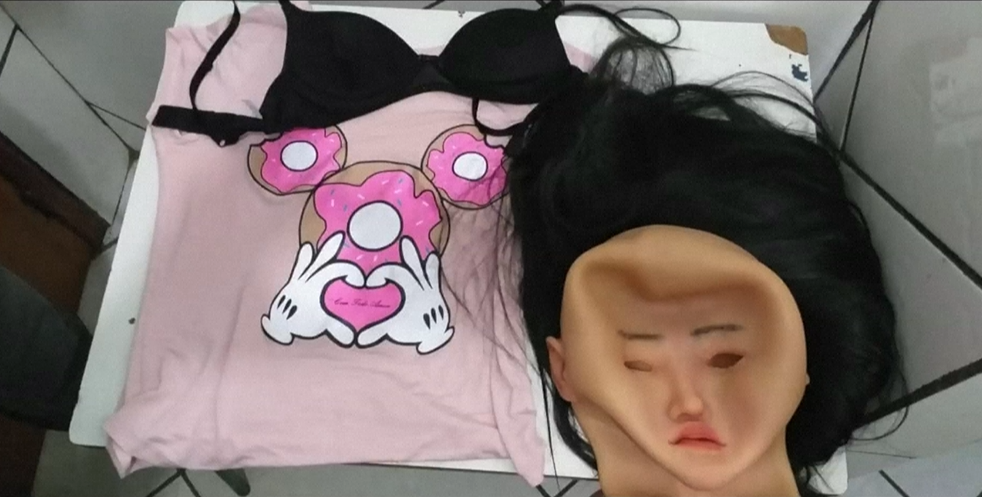 But not all cases involving the use of masks have been solved. One unsolved case from the United States involves a man accused of a string of bank robberies between 2009 and 2011. Surveillance footage from the banks showed the robber to be a man in his 70s or 80s, making him known as the "Geezer Bandit."

But authorities began to suspect he may be wearing a mask to alter his age, when he was seen running from the crime scene at great speeds. The "Geezer Bandit" was placed on the FBI's most wanted list, and has as of yet still not been caught.

Silicone masks were originally conceptualized by the special effects industry for use in films and entertainment.

They were famously used in Hollywood's many Mission Impossible films, where a character dramatically rips off a hyper-realistic mask to reveal their true identity, but are now a tired plot device.

More recently, however, these masks have grown out of their original use, and the once numbered manufacturers, are becoming plentiful. Over time, materials are becoming more available and techniques more refined.

"The knock-on effect is that more and more are becoming available at lower costs for public consumption," said Jenkins. Anyone can now easily buy a hyper-realistic mask online for around $1,300 for personal use, including those who may plan to use them for crime. 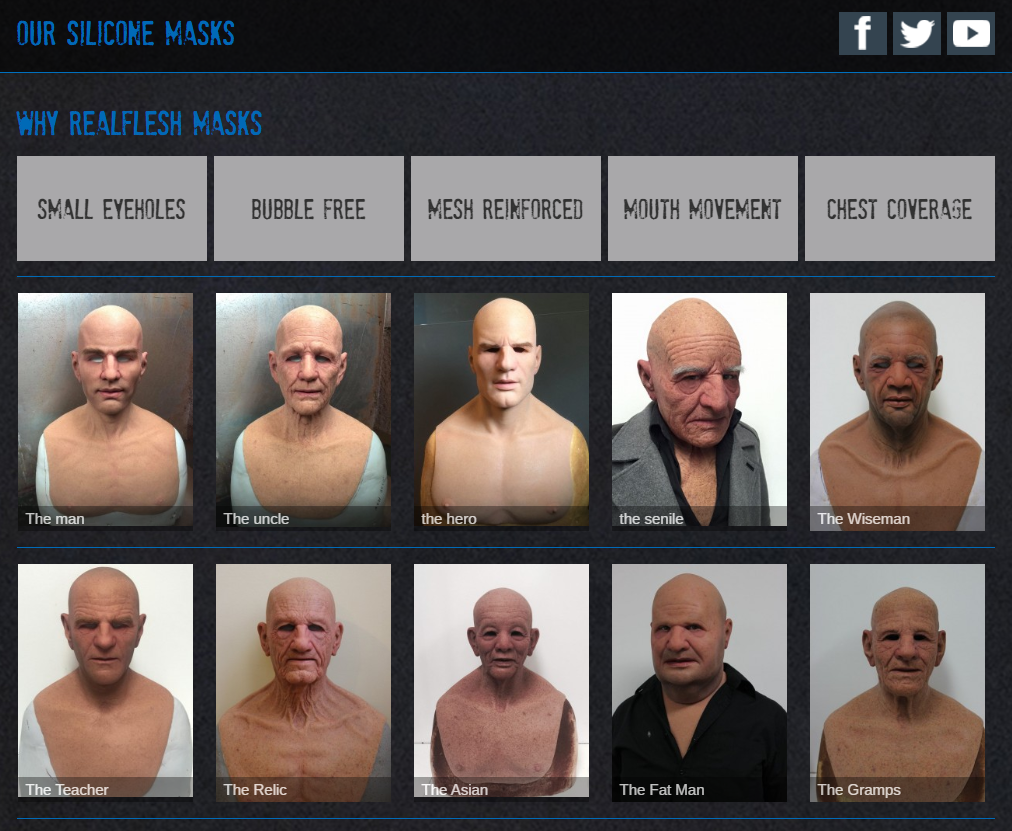 Scientists say confronting this growing problem may prove difficult. Due to the many legitimate uses of hyper-realistic masks, monitoring and curbing their sales is not a realistic option.

Jenkins said that one thing that could be done to address the security concerns is improving detection of the masks on the ground.

Although we are limited as humans in just using our visual system to identify the differences between a real face and a hyper-realistic mask, Jenkins said that technological interventions may prove useful.

"We haven't actually tested this, but we're pretty confident that a normal unadorned human face and a face with a silicone mask on it will have very different thermal signatures, so they'll look very different under an infrared camera."

But without a conscious effort and public willingness to confront the issue of the misuse of hyper-realistic masks, scientists say this looks like a problem that is not going away.