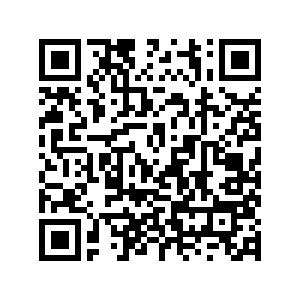 "Brexit has changed the format of how people see the SNP, see independence, a lot of people who were never interested in independence suddenly are now massively interested."

Those were the words of a pro-Scottish Independence campaigner we spoke to on Global Business today. Remember (how could you forget?) the big day is tomorrow. The UK leaves the EU at midnight, CET.

But at least one sector has already been affected by the exit from the bloc – car makers have suffered since the 2016 referendum, and today posted output results for 2019. They make grim reading. We have a graph at the bottom of today's briefing.

In the eurozone, though, the news was much more positive today. Unemployment in the 19 nations which use the euro dropped to a 12-year low of 7.4 percent.

High street fashion brand H&M recorded its first rise in annual profit since 2015, and appointed a new CEO, though she has been with the firm for 20 years.

Remember to take a look at our video and interview sections – we're more than just a headline you know – we take a look at climate change affecting the skiing industry, and Tommaso Faccio explains the transatlantic Digital Tax row.

Finally, don't forget to tell your friends and colleagues to sign up for Global Business Daily, every weekday at 17:30 GMT

The exiting Bank of England boss Mark Carney today confirmed the central bank would not touch its interest rates, despite what was seen as a 50-50 chance on a cut. The rate remains at 0.75 percent and will not mirror recent ECB and U.S. Federal Reserve cuts.

Eurozone unemployment dropped by more than half a million in 2019, with the biggest falls reported in Greece, Bulgaria and Croatia. It's adding to hopes of a resurgent European economy – led by the 19 nations using the euro – after the consumer confidence index earlier this week was also better than expected. Unemployment is now at 7.4 percent.

Scandinavian airline SAS has joined the ranks of airlines canceling flights to China's mainland over coronavirus fears. The Nordic carrier will stop flights to Beijing and Shanghai until 9 February.

Tesla has shut down its new factory in Shanghai. The U.S. firm's finance chief Zach Kirkhorn told shareholders to expect a "slight" impact on Q1 profit margins. The electric car manufacturer reported more than $100m returns in the three months to December, despite a loss-making 2019 overall.

The boss of British car maker Jaguar Land Rover, Ralf Speth, says he will step down in September from the role he's held for a decade. Speth came under pressure as sales stalled in 2019, despite a late rally from the Chinese market. He will remain non-executive vice chairman of the company, and retain a position on the board of parent firm Tata.

A torrid 2019 was expected to hit Deutsche Bank's margins again – but its losses of $6.3 billion were even deeper than warned. CEO Christian Sewing is heading up the latest attempt to get back in the black, by cutting 18,000 jobs and hopefully saving $8.1 billion.

Swedish fashion giant H&M appointed Helena Helmersson as CEO, as it reported its first rise in annual profit since 2015. She has been with the brand for more than 20 years and has held several roles, including as COO and head of sustainability.

Nintendo posted its highest profit in 10 years to $2.5 billion – up 15 percent – thanks to the success of its Switch console, a good winter sales period and two new Pokemon titles. It is important to find a solution, a sustainable one and one that delivers for both developed and developing countries

Tommaso Faccio, head of secretariat of the Independent Commission for the Reform of International Corporate Taxation spoke to CGTN to explain the current argument over proposed digital taxes.

What is a digital tax and why is taxing tech so complicated?

"Digital tax is a tax on the sales of digital companies to European customers. It is difficult to tax digital companies because they don't require a physical presence in the country to be able to impose taxation.

So, this is potentially costing European states quite a lot of money?

Tax avoidance by multinationals is estimated to lead to losses of between 50 and 70 billion euros [$55 billion and $77 billion] per year.

We know France has postponed its plans and we know the U.S. has threatened retaliation with taxes on French cheeses and champagne. Why is the U.S. so opposed to a digital tax?

Well, the U.S. sees these as attacks on its own multinationals. The pressure is high and targeted and is dividing the EU member states, which are split on this issue.

They're clearly afraid of tariffs imposed on their exports. We've seen France backing down to agree to delay the collection of these stocks at the end of 2020.

The EU parliament has voted in December for the EU to take a single common position. But so far, the EU member states are talking with different voices.

Wider trade negotiations will happen next. We'll see whether EU countries can come together and put up a common front against the U.S. But it's clear that the U.S. is playing divide-and-rule tactics to stop the imposition of these taxes.

So, how important is a coordinated international solution?

It is important to find a solution, a sustainable one and one that delivers for both developed and developing countries.

At the moment, there is a risk of a watered-down solution because countries like the U.S. are keen to protect the interests of their own multinationals – which is unlikely to be sustainable. This will lead to countries adopting 'plan B' unilateral measures until a new reform process takes place. New figures released by the British car makers' industry body show car production fell by 14.2 percent in 2019, to 1.3 million units – the lowest output since 2010. Using the figures from the the Society of Motor Manufacturers and Traders, this graph looks at which manufacturers have been most affected, with the year-on-year change in gold.

New figures released by the British car makers' industry body show car production fell by 14.2 percent in 2019, to 1.3 million units – the lowest output since 2010. Using the figures from the the Society of Motor Manufacturers and Traders, this graph looks at which manufacturers have been most affected, with the year-on-year change in gold.