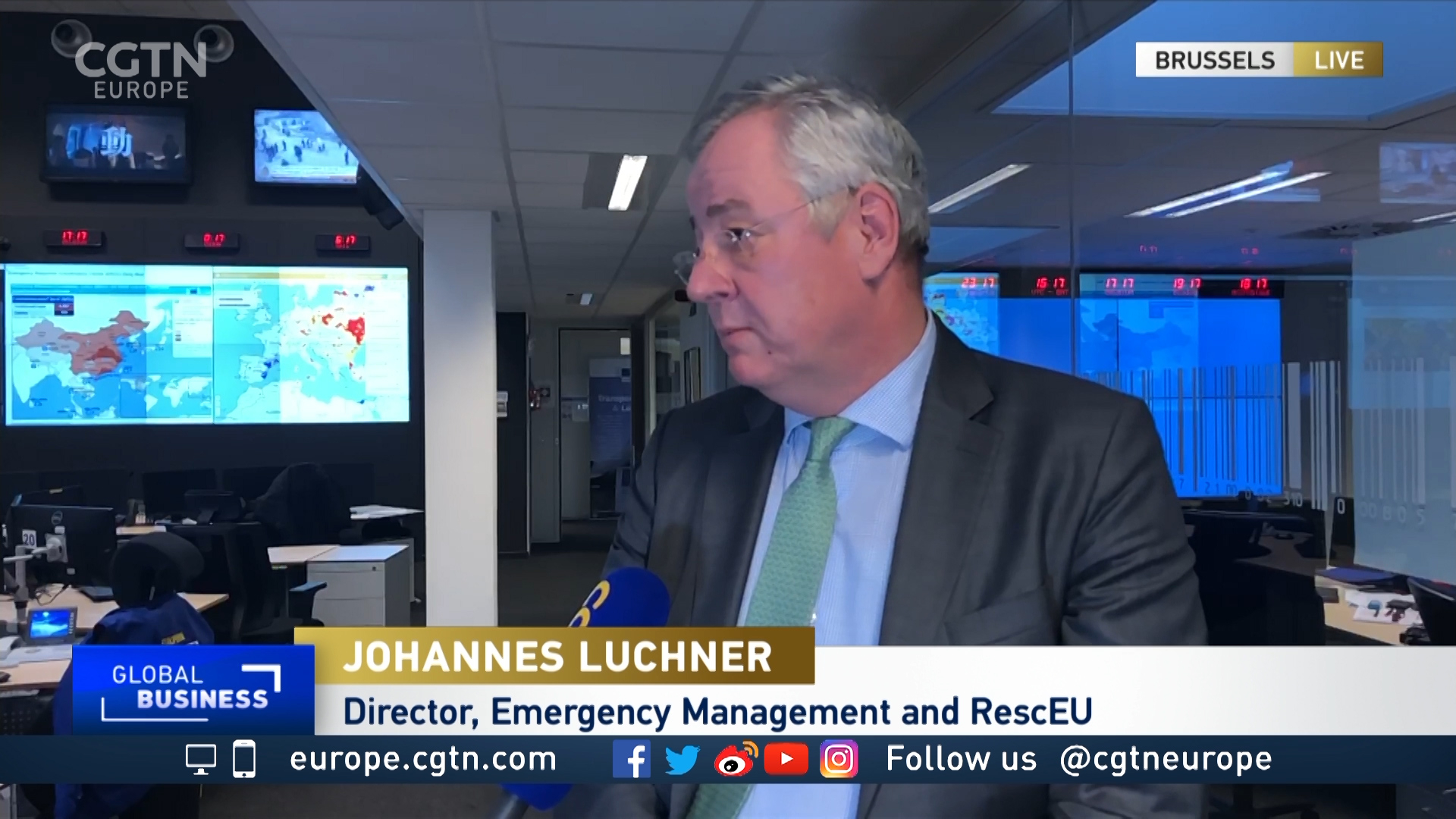 At the EU's Emergency Response Coordination Center (ERCC), officials are hard at work monitoring the coronavirus and assisting in the repatriation of citizens from China.

This is mission control for the round-the-clock monitoring of all natural disasters that affect the EU. The focus now is on coronavirus. The information is combed through, analyzed and shared with member states.

The operations room of ERCC has large monitors running the length of one wall. While each one shows a different set of data, information on coronavirus dominates. There are maps of the outbreak, showing the location, number of confirmed cases and death toll. At desks, half a dozen workers are poring over data.

EU member states including France are among those that have sought financial and logistical assistance from Brussels to bring back its citizens from Hubei province, where the novel coronavirus outbreak began.

Currently, there are around 600 EU citizens wanting to leave China.

The ERCC is the heart of the EU Civil Protection Mechanism, which coordinates the delivery of assistance to disaster-stricken countries. Officials are working with Chinese authorities. Once that comes through, the first step in what will be a long process, can begin.

Johannes Luchner, director of rescEU, an EU program for disaster response, told CGTN that the first job is to identify EU citizens who are seeking help to return home. "The most important thing for us is to make sure that when the operation starts and there are no hiccups," he said.

"They get screened in Wuhan, then they go on the flight," said Luchner. "They get quarantined when they arrive in the European Union. That is one of the details under discussion, will they all go to the same location, can some of them be repatriated immediately? But it's clear – everyone will have to be quarantined for 14 days."

As the virus spreads, the nature of ERCC's work is adapting.

Finland has confirmed its first case of coronavirus. A Chinese traveler from Wuhan is now in isolation in Lapland's central hospital. Officials now worry 15 more people may have been exposed.

The Finnish case brings the total in Europe to nine, prompting ERCC and other bodies to step up efforts to stop the virus before it spreads across the continent.

"Arrangements were in place to ensure all member states had access to laboratory diagnosis, had issued guidelines to travelers and are preparing health systems," said Stella Kyriakides, European health commissioner. "The member states continue to provide detailed information of their plans.”

Officials say Europe is well prepared and if the situation deteriorates, they have more levers to pull, including financial support for the development of a vaccine. But, for now, the focus is on containment.