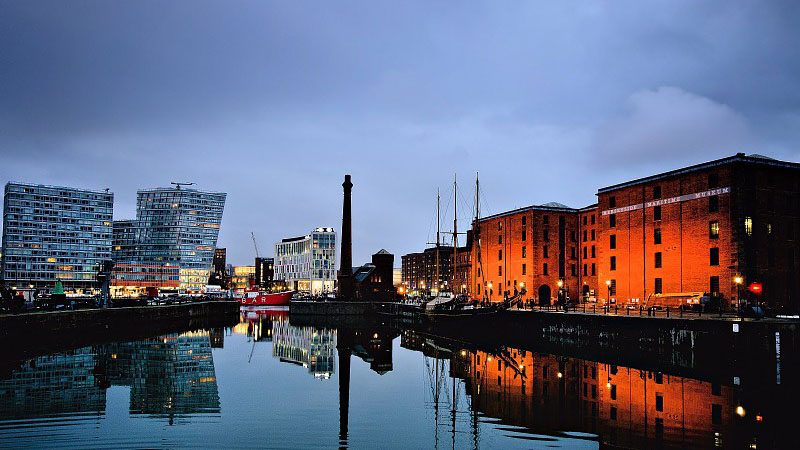 For many cities in the UK, being a member of the European Union has been a godsend. Not because they got cash, but kudos. One in particular: Liverpool in northern England.

The European Union has brought social and economic benefits to the city, providing funding and international attention. A major cultural accolade in 2008 helped to turn around its image both in the UK and abroad.

But after the UK leaves the European Union next week, those opportunities will disappear for other UK cities.

For years, Liverpool was hit by poverty and a bad image, but it turned around after being given a cultural accolade: it was crowned as European Capital of Culture in 2008. These days, you can't move for building sites and cranes as buildings go up everywhere. City mayor Joe Anderson highlights the different countries pouring cash into the city: China and Australia in particular.

"We're getting millions of visitors a year coming in now," he explains.

Liverpool has always been a tourist hotspot. This city is about three hours from London. It's the Beatles that are its big selling point: The Fab Four hailed from Liverpool. Every year, fans make the pilgrimage to visit key sites like Strawberry Fields, the houses where Lennon and McCartney grew up and soak in the atmosphere of the Beatles Story Museum.

Numbers were steady. But then, Capital of Culture came and things really took off.

They haven't stopped since, explains Martin King, who runs the Beatles Story Museum: "We didn't want it to be just a one off like a firework going off, fizz bang boom, people are entertained and then the next day, it's forgotten.

"We wanted some lasting things. We've had lasting things, we've actually spent money on museums, events that weren't just for the year but gone on and on and those things have built momentum and created that word 'legacy'."

Europe picks two cities a year which it designates as Capital of Culture. They're then given four years notice so they can get themselves ready. The status has been shown to have a positive impact.

For Liverpool, for example, research found that 90 percent of city residents feel the last ten years have seen Liverpool become a "more creative city.”Forty eight percent of UK residents asked say it's made the city a more desirable place to be. Investment is increasing, with $3 billion worth on the way in the next two years.

There's now more newspaper coverage of the city's culture than issues like crime and poverty, which used to be the main news lines.

Mayor Anderson adds: "We've [made sure] we didn't take our foot off the accelerator, and as a result of that, we've seen more people come and visit the city every single year. Since 'Capital of Culture', the numbers of visitors have gone up, the investment's gone up ... It shows that that was just the kick-start, if you like, a boost of rocket fuel to take us to where we are today.”

But times have changed since 2008: Brexit is coming in a matter of days, when the UK will officially leave the European Union, following a 2016 referendum which split the country on this matter.

With no EU membership, UK cities won't have the chance to be given "Capital of Culture" nominations anymore.

In fact, some cities which were actively competing, including Dundee, Nottingham, Milton Keynes and Belfast for 2023, were kicked out of the process following the referendum result.

"For other cities in the UK, it's a shame that they won't get that opportunity to rebrand and sell themselves," Anderson says. "And you know, that's why we'll see cities in Europe continue to do it, but we won't see the spotlight shining on a UK city anymore.