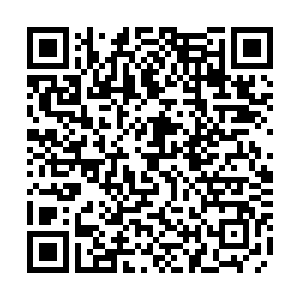 The Polish parliament has voted in favor of a controversial bill on judicial reform. A majority of 234 MPs supported the bill, while 211 opposed it.

The bill was proposed by the ruling Law and Justice Party (PiS). But many judges strongly oppose it – saying the move would diminish judicial independence. Among them is Igor Tuleya, a judge from the Warsaw District Court. He is at the forefront of a campaign to stop the government from tightening control over the judiciary.

"It is difficult to call it reform, and it's more of a regress. It is, of course, created to subjugate judicial powers to politicians," Tuleya says.

He is not alone in his fight against a law that will change the role and importance of judges in Poland. At the beginning of December, dozens of judges from several EU countries came to support their Polish colleagues at protests in Warsaw. Moreover, the Polish Supreme Court issued guidance the bill could contravene the EU laws.

"Contradictions between Polish law and EU law ... will in all likelihood lead to an intervention by the EU institutions regarding infringement of the EU treaties, and in the longer perspective [will lead to] the need to leave the European Union," warned a statement from the Polish Supreme Court.

The bill heavily focuses on disciplining the country's judges. Importantly, It would stop them from publicly commenting on anything related to the political and judicial system in the country. The bill, drafted and pushed through parliament by PiS, is one step in a judicial reform that has been ongoing for more than a year. On Thursday, ahead of the vote in Polish parliament – Sejm, the main chamber, was almost empty. Only a few MPs took part in parliamentary discussions. Outside, though, ruling party MPs were happy to talk to journalists. Marek Ast was one of them.

"These regulations are not against the Polish constitution, but they raise discontent among judges who called themselves a 'special caste' and also among the opposition. The reform is necessary because the power that the judiciary has makes a significant impact on the Polish economy and social situation," said Ast.

The bill now needs to be signed by Poland's president, Andrzej Duda. He has the next 21 days to sign it and make it law and there are few here in Poland who think he'll take into consideration the strong opposition to the bill and reject it.