The Libya summit in Berlin: Who went, why, what was agreed... and what wasn't
By Gary Parkinson 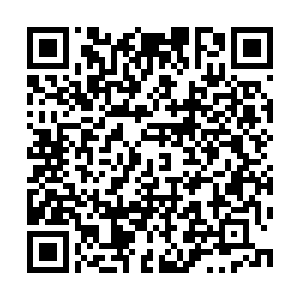 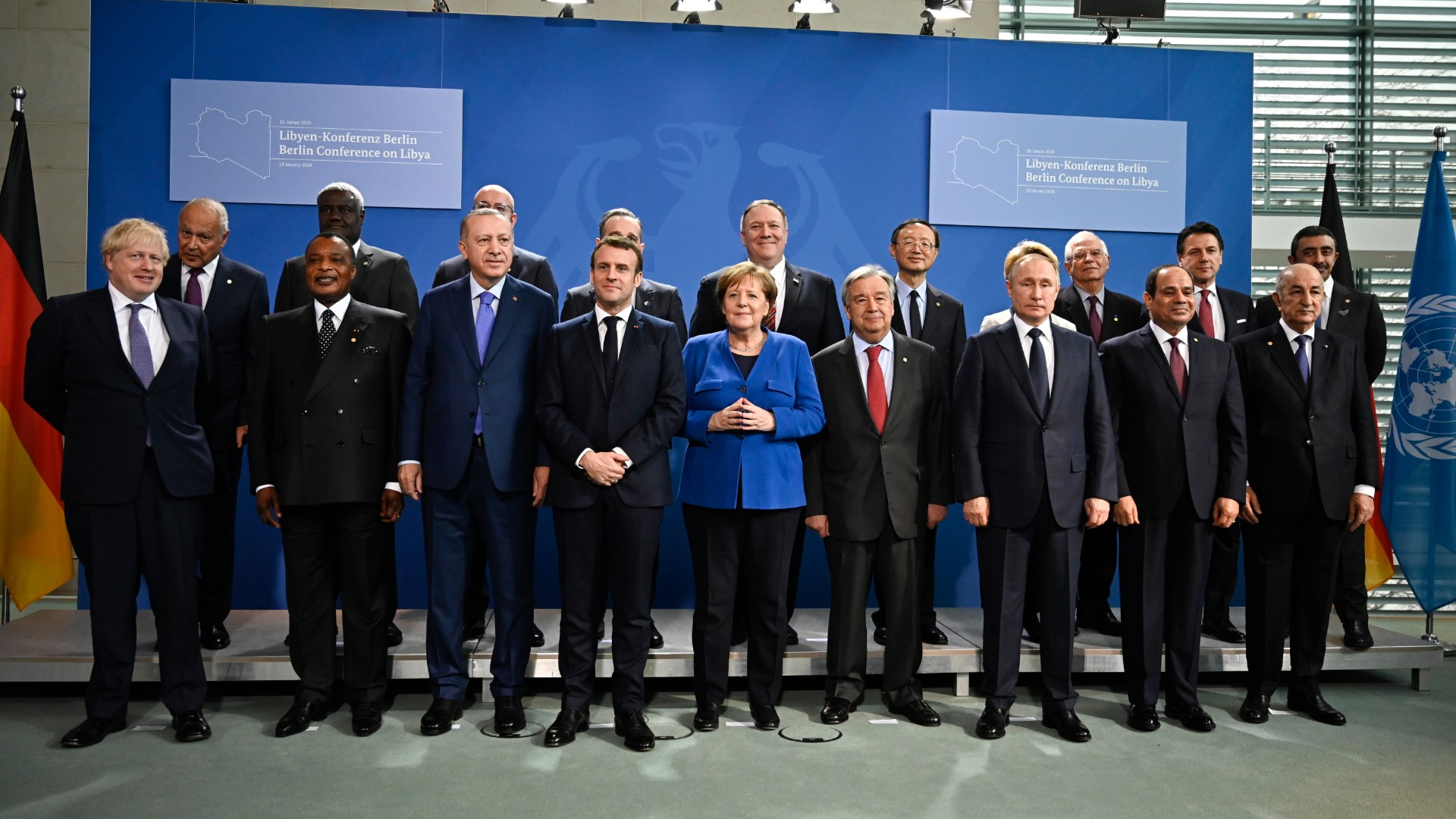 Merkel invited the world to discuss Libya. Did it work? (Credit: Tobias Schwarz/AFP)

Merkel invited the world to discuss Libya. Did it work? (Credit: Tobias Schwarz/AFP)

German Chancellor Angela Merkel's Berlin summit on ways to end the Libyan civil war finished in the usual fashion – with handshakes and a "family photo" of smiling world leaders. But what needs to be done, what was agreed and, most importantly, will it work? 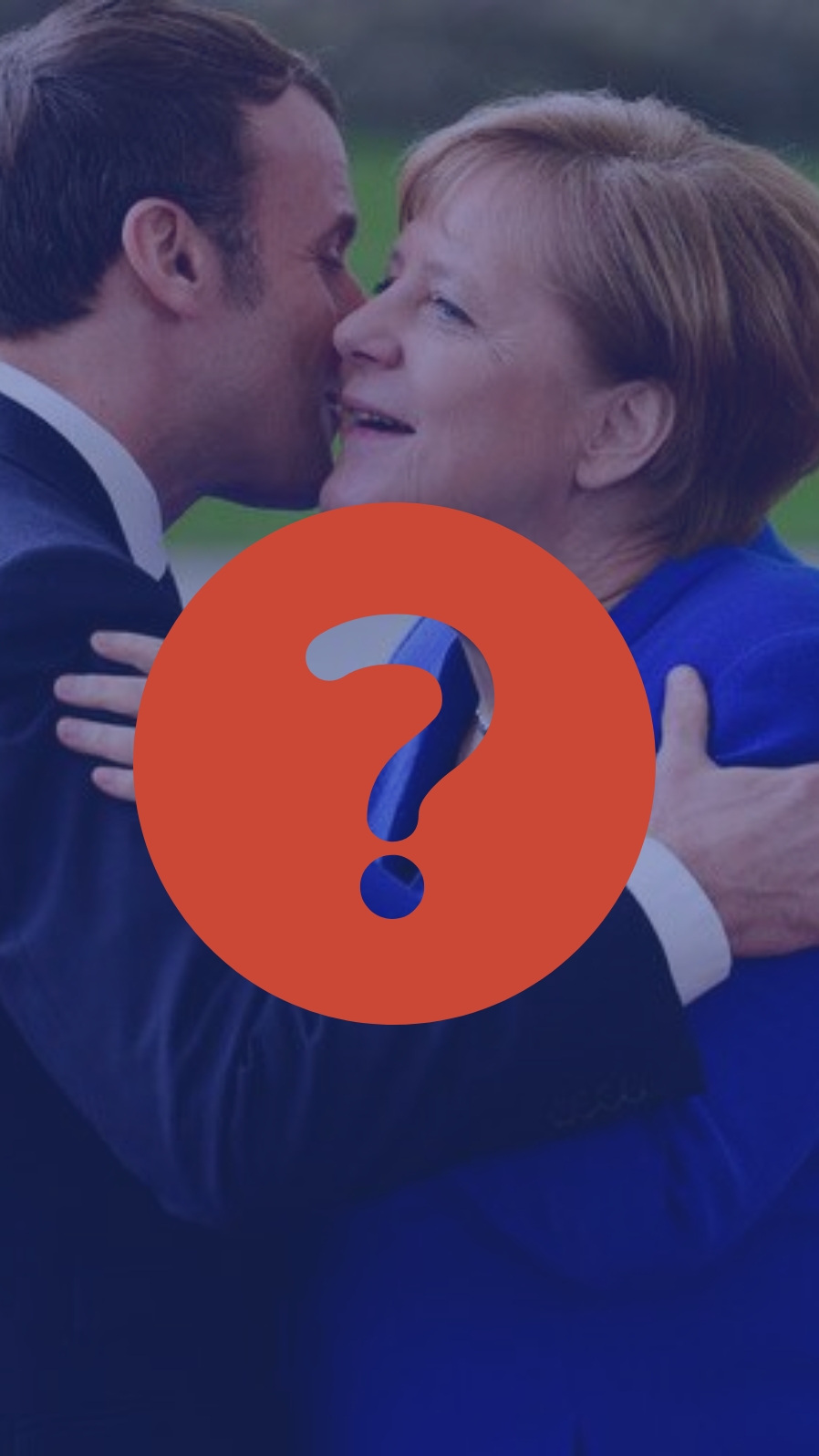 The oil-rich North African nation of Libya has been riven with internal strife since Muammar Gaddafi's death in 2011. At the moment, prime minister Fayez al-Sarraj's UN-backed Government of National Accord controls the capital Tripoli, but Khalifa Haftar's Libyan National Army (LNA) controls the vast majority of the country – and its troops are bearing down on Tripoli.

However, this is not just an internal battle. Turkey has been backing Al-Sarraj, while Russia, the United Arab Emirates, Egypt and others have been supporting Haftar. This backing has not just been political: Turkish president Tayyip Erdogan has sent troops to Tripoli, where they have faced Russian-backed military and troops from elsewhere in Africa.

The fear is that Libya could become a "new Syria" – entrenched in a civil war with international ramifications. The hope was that the Berlin summit could help avoid that. 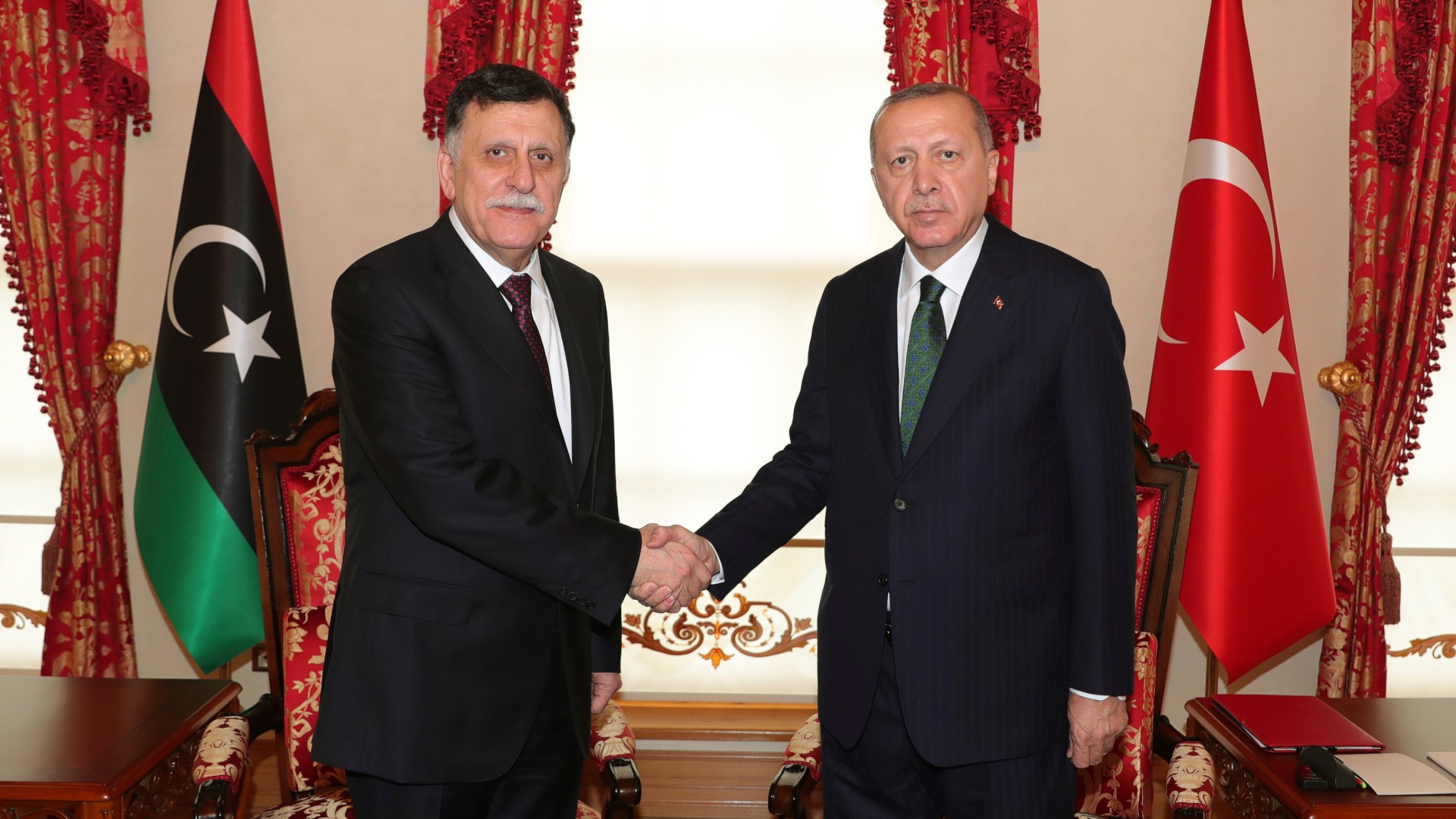 Who met in Berlin?

Merkel's guest list was suitably comprehensive. Haftar and Al-Sarraj both arrived in Berlin but refused to hold direct talks, instead communicating through intermediaries. 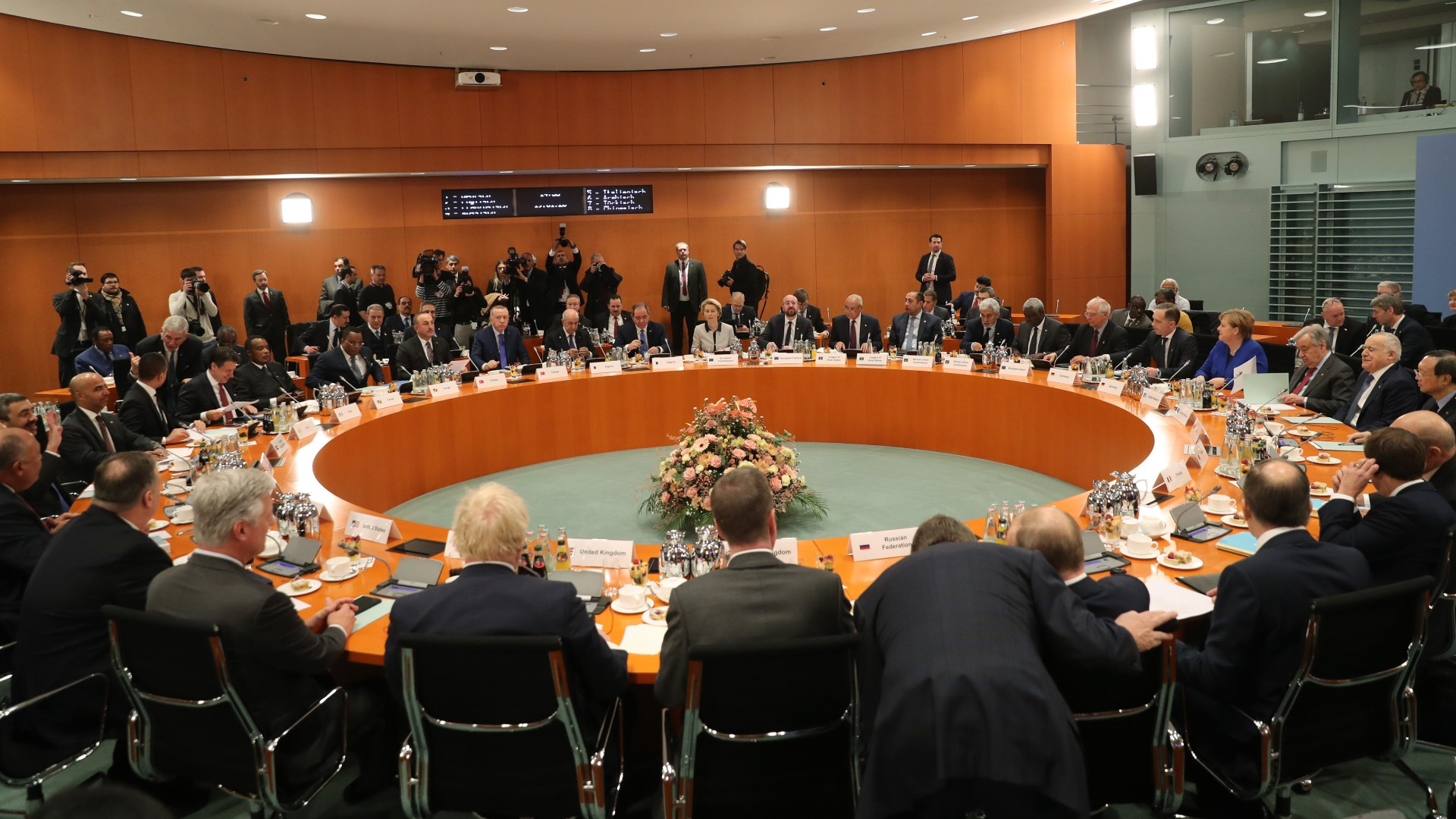 Not, in truth, a vast amount. The attendees agreed to limit foreign interference in the Libyan civil war and to respect a much-violated UN arms embargo. Sixteen states and organizations signed an agreement that also sets out plans for international monitoring of the embargo, which is almost a decade old but widely flouted.

Merkel was upbeat: "We agreed on a comprehensive plan forward," she said. "I can say that all participants worked really constructively together. We all agree that we should respect the arms embargo, and that it should be controlled more strongly than it has been in the past."

Away from the main discussions, both Haftar and Al-Sarraj agreed to send representatives later this month to another meeting in Geneva, set up with the intention of working out a long-term solution. 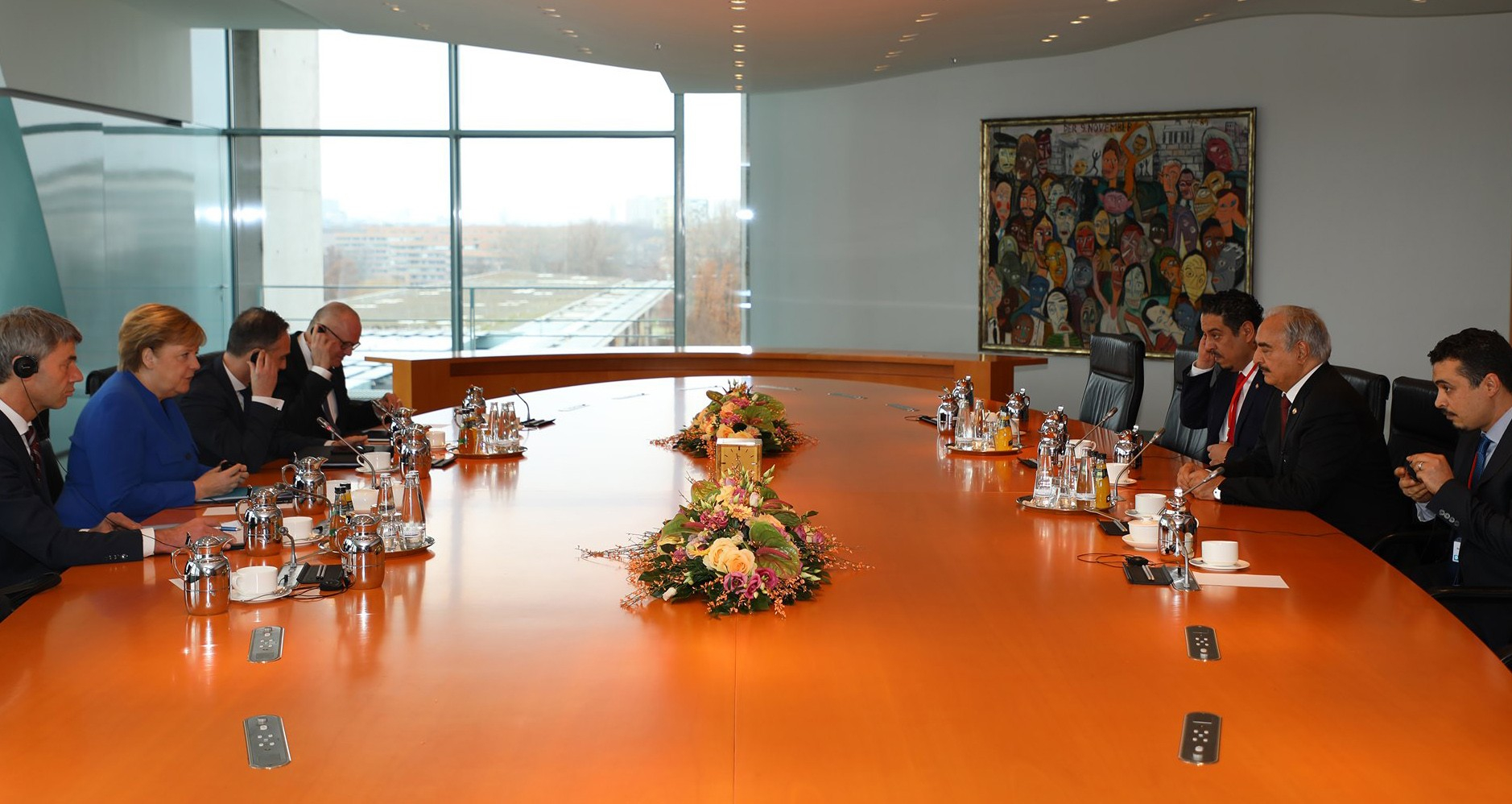 What was not agreed?

A ceasefire. That was always a long shot, but there is disappointment that the two sides refused to even meet, adding to worries over military leader Haftar's intentions.

Last week, Russia and Turkey invited the two Libyan leaders to Moscow, intending for them to sign a ceasefire agreement; despite pressure from Russia, Haftar refused to sign and walked out. This weekend he also abruptly left negotiations, walking out of the chancellery and refusing to return from his hotel. Officials have said he will travel to Moscow on Monday.

"We know that we have not solved all of Libya's problems today, admitted Merkel, "but we were aiming for fresh momentum." UN secretary-general Guterres added: "I cannot stress enough the summit's conclusion that there is no military solution to the conflict in Libya. All participants have mentioned it several times during the meeting – even those that are more directly involved in the conflict itself." 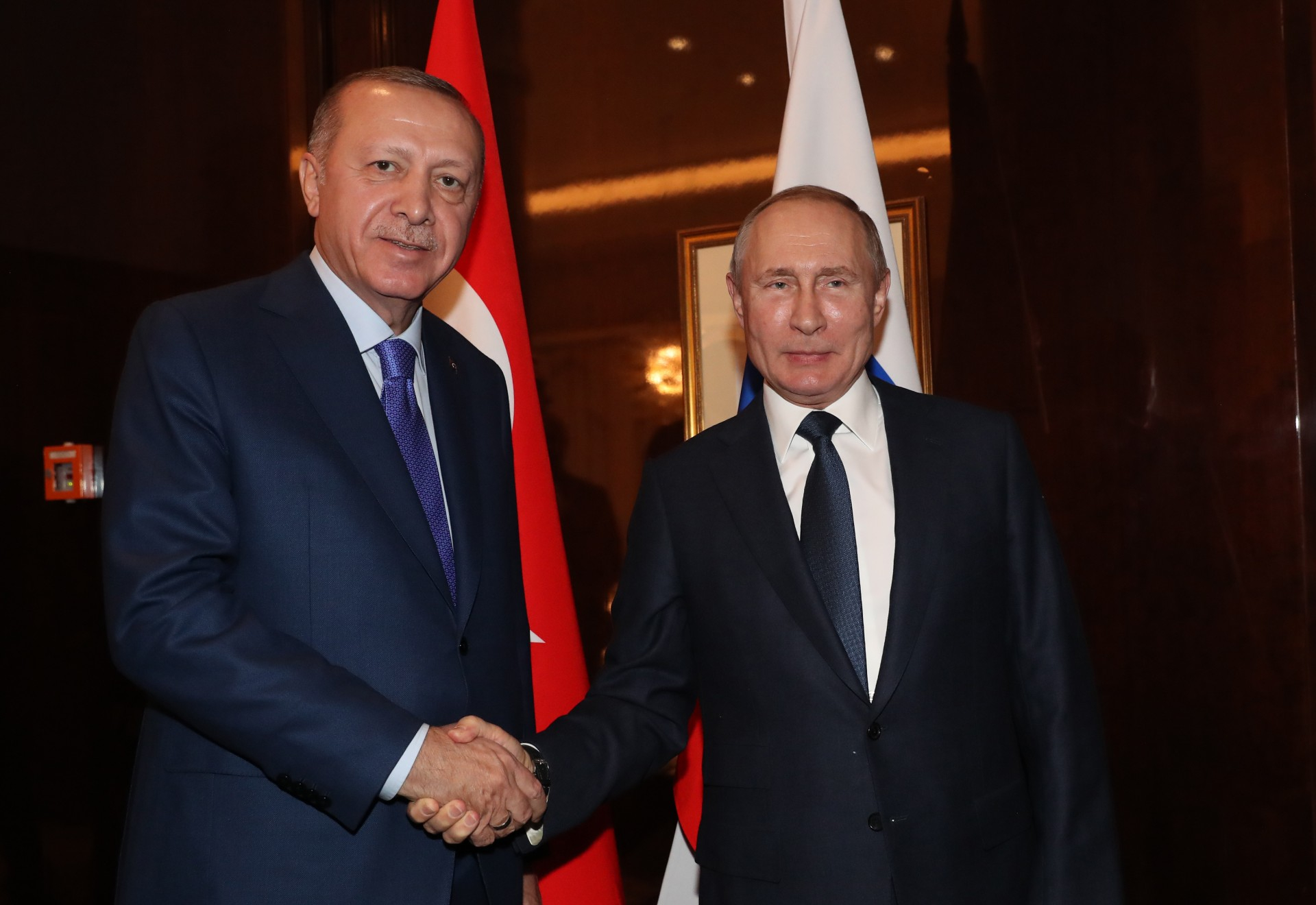 Erdogan, left, and Putin have found themselves on opposing sides but have tried to initiate a ceasefire (Credit: AFP Photo/Turkish Presidential Press/Murat Cetinmuhurdar)

Erdogan, left, and Putin have found themselves on opposing sides but have tried to initiate a ceasefire (Credit: AFP Photo/Turkish Presidential Press/Murat Cetinmuhurdar)

That depends on the aims of the summit. It will not suddenly create a ceasefire and an end to the conflict, but the aim of halting international interference has been underlined by the signing of the agreement to respect the arms embargo.

What matters is whether the UN Security Council feels emboldened to act upon violations of that embargo. Halting the flow of military assistance and troops into the country may persuade the combatants to attempt a ceasefire, which would then have to hold for long enough for the UN to broker a political solution.

Perhaps the most realistic assessment came from UK prime minister Boris Johnson ahead of the discussion. "If there is a ceasefire," he said, European powers would send "experts to monitor" the situation. But, he warned: "I don't see any ceasefire at the moment. That's what we're arguing for today."

Reporting by Ira Spitzer in Berlin