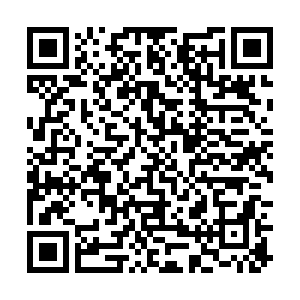 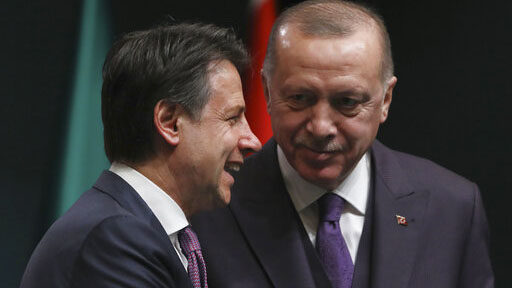 Speaking after bilateral talks in the Turkish capital Ankara, Conte said: "We have discussed the urgent necessity of putting an end to the escalation on the ground to guarantee a lasting ceasefire."

Referring to Monday's meeting between warring Libyan factions being hosted by the Russian foreign ministry at the Kremlin, Erdogan stated: "I have information from my friends [in Moscow] a while ago that the talks are continuing in the positive direction."

With the civil war entering its sixth year, Italy and Turkey have both thrown their support behind the UN-backed Government of National Accord (GNA) of Prime Minister Fayez al-Sarraj.

This has put both countries head-to-head with Russia, which is said to be backing the rebel forces of General Khalifa Haftar in the oil-producing east of the country.

Last week, the Turkish parliament voted to send troops to Libya in what Erdogan claimed is a non-combat role, focusing on coordination and training. Turkey's move has been condemned by the EU's top diplomats, who claim it risks fueling further instability in the country.

Conte has come under attack domestically for his policy towards Libya, which was an Italian colony for 40 years after it was seized from the Ottoman empire in the Italo-Turkish war of 1912. The instability in Libya presents an ongoing security threat for Italy, which warned last year that a continuation in fighting may lead to a further 800,000 foreign migrants and Libyans attempting to make the illegal crossing by boat to its shores.

Accused of being caught on the back foot as the future of the conflict is decided elsewhere, Conte is now seeking to bolster Italy's position by proposing a trilateral peace deal with Turkey and Russia.

Before the meeting in Ankara, sources in the Italian prime minister's office stressed the "continuity of dialogue" between Italy and Turkey. In the changing geopolitics of the Mediterranean, analysts point to Italy's growing dependence on Turkey regarding the policing of migrant flows and also securing energy resources.

Italy hopes to become a recipient of gas from the newly unveiled TurkStream pipeline, which transports Russian liquified natural gas under the Black Sea from the port at Anapa to Turkish Thrace and then to Greece and the Balkans. Critically, the new pipeline bypasses Ukraine, where five years of clashes between Moscow backed separatists and Kyiv in the eastern Donbass region have left 13,000 dead.

"There is a lot of right-wing sentiment in Italy at the moment. The country may be miffed about the migrant issue and there is certainly sympathy for Ukraine being economically bypassed for the transit of Russian natural gas. But it shouldn't come as a surprise that Rome is giving the thumbs up to TurkStream as it will bring competitively priced natural gas, both in terms of the commodity price as well as Turkish/Russian transit fees."

He added that, with improvement to pipeline capacity, Russian gas could be arriving in Italy by the beginning of 2021.

The two premiers are due to join Russian President Vladimir Putin for a summit in Berlin, Germany of European and North African leaders on the future of Libya at the weekend, amid growing concerns that, unless decisive action is taken, the country could end up in a similar situation to that of war-torn Syria.

Speaking earlier this week, Turkish foreign minister Mevlut Cavusoglu warned that the rise of proxy warfare involving mercenaries risked an escalation in violence: "Everybody should understand this: There will be no winner of this civil war in Libya if we cannot stop these clashes."

However, Conte indicated that, despite the initiative having been seized by Moscow and Ankara, what he called the "larger collective effort of the international community" through the ongoing Berlin process remains the strongest option for securing a lasting peace and stability in Libya.