What is the role of the UK royal family?
By Catherine Newman 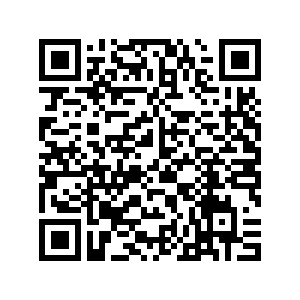 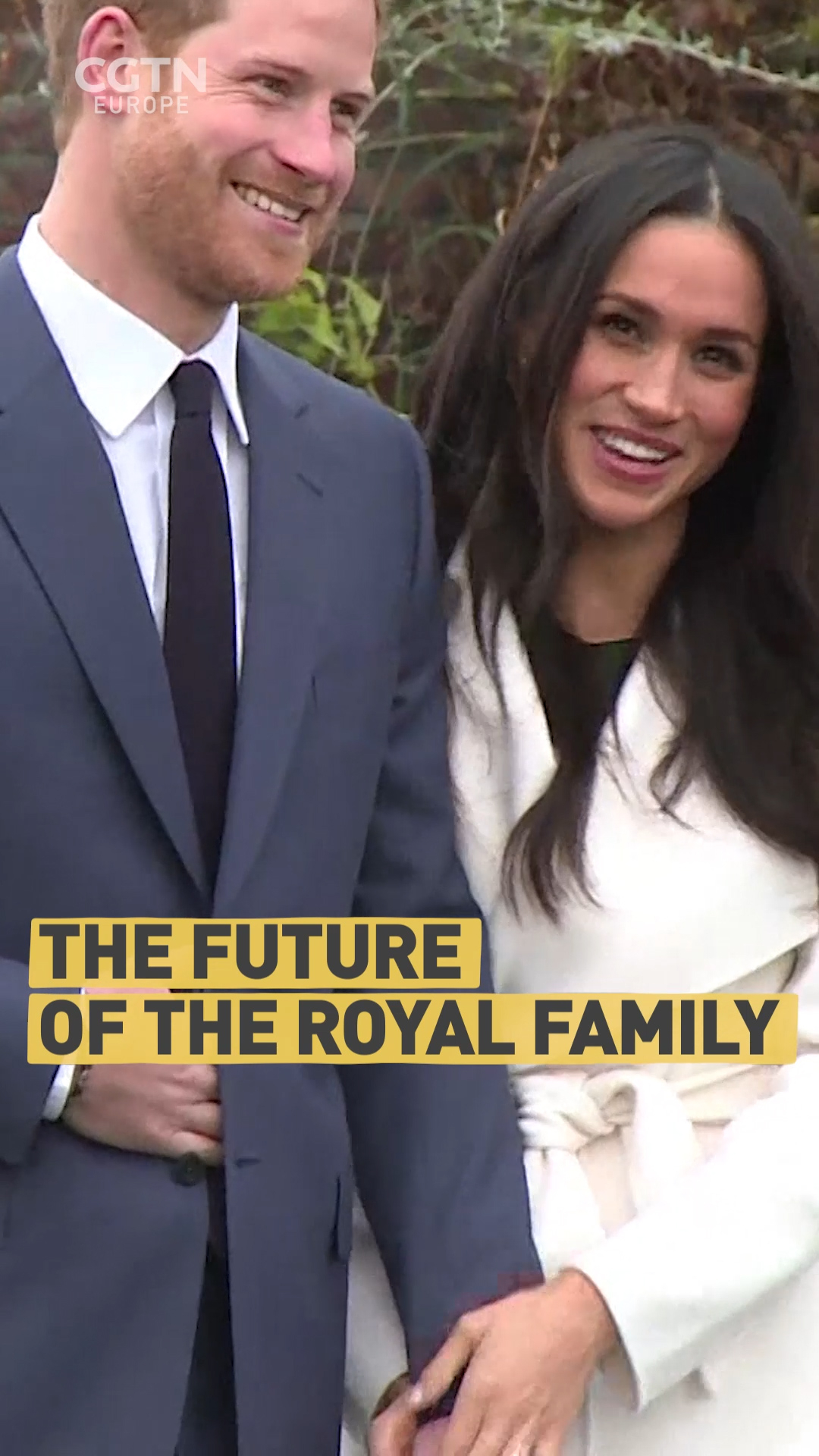 The shock announcement by Prince Harry and his wife Meghan, the Duke and Duchess of Sussex, that they intend to "step back" as senior members of the UK royal family has reopened a long-running debate on the nature of the monarchy. What exactly does the royal family do, how much money does it cost (and create), and what will Harry and Meghan do to support themselves?

What are the Queen's constitutional and ceremonial roles?

The UK has a complicated system of government, of which the monarchy is the oldest part – but the passage of time, increasing democracy and the small matter of a civil war have reduced the monarchy's constitutional power, and it is now largely ceremonial compared to the House of Commons and the House of Lords.

Queen Elizabeth II technically plays a constitutional role in opening and dissolving parliament, as well as approving bills before they become law, but again these powers are largely ceremonial: the last time royal assent was not granted for a bill was 1708.

The day after a general election, the monarch invites the leader of the party that gained the most seats in the House of Commons to become prime minister to form a government. The monarch also conducts the State Opening of Parliament, which marks the beginning of the parliamentary year; the king or queen will read out a speech, prepared by the government, detailing intended policy and legislation. When this legislation is subsequently agreed in parliament, it is formally agreed to by the monarch.

The prime minister is also expected to update the monarch on matters that include the state of affairs of the nation. While the monarch does not directly participate in the enforcement of the law, legal institutions dispense justice in the name of the sovereign. The monarch also has the official title of the commander in chief of the British armed forces.

In effect, the monarch's main role is to be a symbol of British unity, which means he or she is head of state rather than head of government. 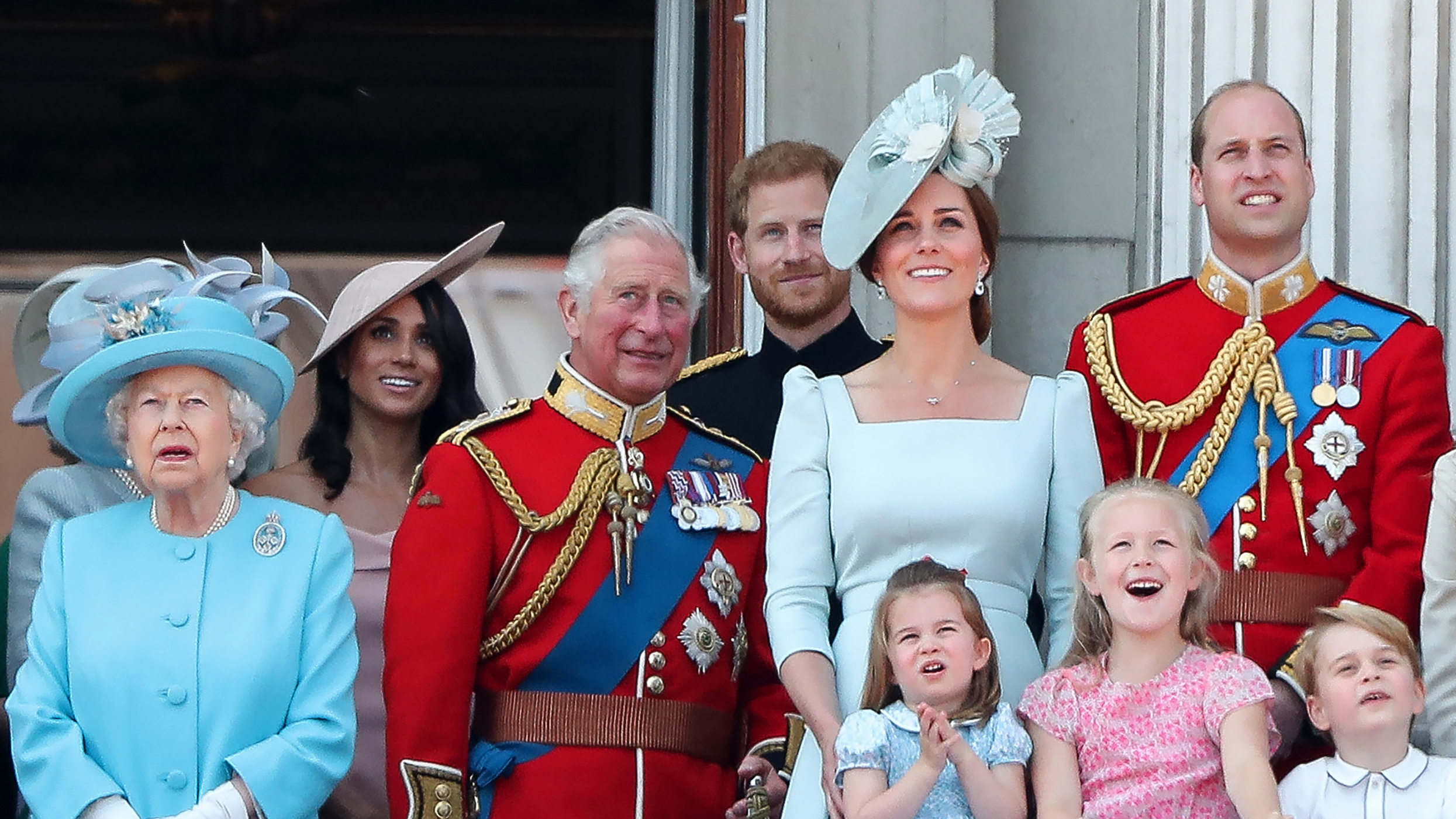 Members of the Royal Family standing on the balcony of Buckingham Palace in London to watch a fly-past by the Royal Air Force (RAF). (Credit: Daniel Leal-Olivas/AFP)

Members of the Royal Family standing on the balcony of Buckingham Palace in London to watch a fly-past by the Royal Air Force (RAF). (Credit: Daniel Leal-Olivas/AFP)

Where does the Queen get her money from?

The Queen gets the majority of her money from the Crown Estate, a collection of land and property holdings in the territories of England, Wales and Northern Ireland. Its total land area is 7.2 million square feet, and its net annual profit is $448 million. However, that revenue doesn't all go to the monarch. Her share, known as the Sovereign Grant, is decided by parliament and is usually between 15 and 20 percent.

The Queen's second source of income comes from the Duchy of Lancaster: the private estate of the British sovereign (who is also the Duke of Lancaster, hence the name). In the year to July 2018, its net annual profit was $28.35 million.

Finally, the Queen owns land separate from the estate. The Crewe estate in Cheshire includes 75 rural cottages and farmhouses, a roadside service area and potential sites for future developments. The Queen also owns the Marbury estate, which includes a dairy farm and four residential properties including her country retreat at Balmoral. 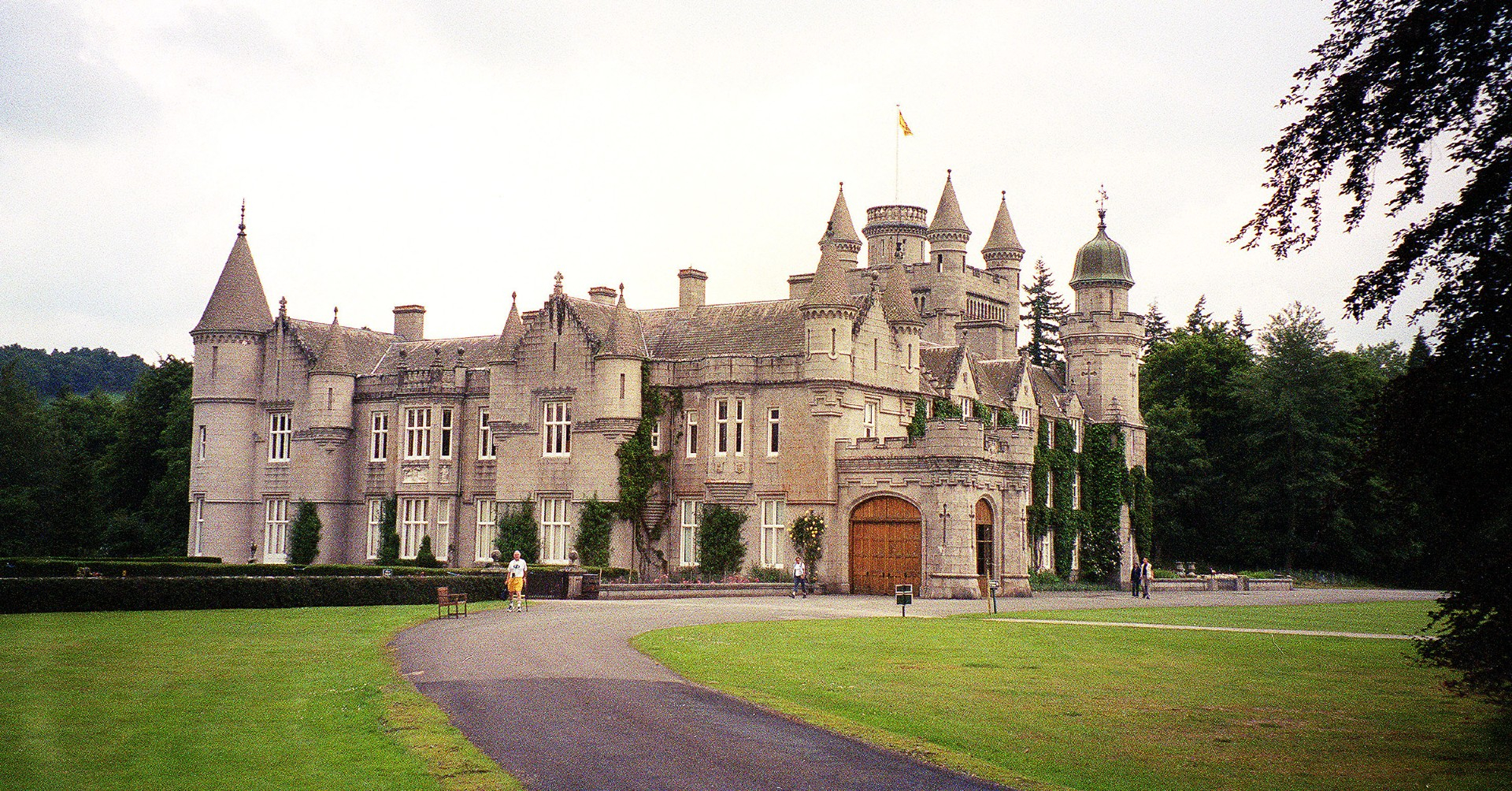 The Balmoral estate was bought by Queen Victoria's husband Prince Albert in 1852 and has stayed in the family ever since (Credit: AP Photo/Martin Cleaver)

The Balmoral estate was bought by Queen Victoria's husband Prince Albert in 1852 and has stayed in the family ever since (Credit: AP Photo/Martin Cleaver)

How much money does the royal family bring in?

According to statistics from VisitBritain, tourism associated with royal residences, such as Buckingham Palace and Windsor Castle add up to a total of 2.7 million visitors each year.

Brand Finance estimated in 2017 that the monarchy's annual contribution to the UK economy was approximately $2.3 billion annually. The Crown also brings in an approximated $718 million in tourism revenues each year, and increased trade from the royal family acting as ambassadors, is reportedly worth $195 million a year. This figure is more than the royal family's costs to the public purse.

Does the royal family pay tax?

Since 1992, the Queen has voluntarily paid income and capital gains on her personal income and the revenues that do not go towards her official duties and work. Prince Charles also pays voluntary income tax on the income from his landed estate, the Duchy of Cornwall, since 1993. In 2016-17, his estate posted revenues of $29.3 million, on which he paid a tax of $6.21 million.

A large proportion of Prince Charles's official duties are funded by the Duchy's income, which also covers the duties of royals such as his wife Camilla and Prince William and Catherine, the Duke and Duchess of Cambridge. This expenditure offsets Prince Charles's tax liabilities and other working royals in his direct family also get revenues from the Sovereign Grant.

The Queen's Sovereign Grant funds her official duties, so tax does not apply to that element of her income. 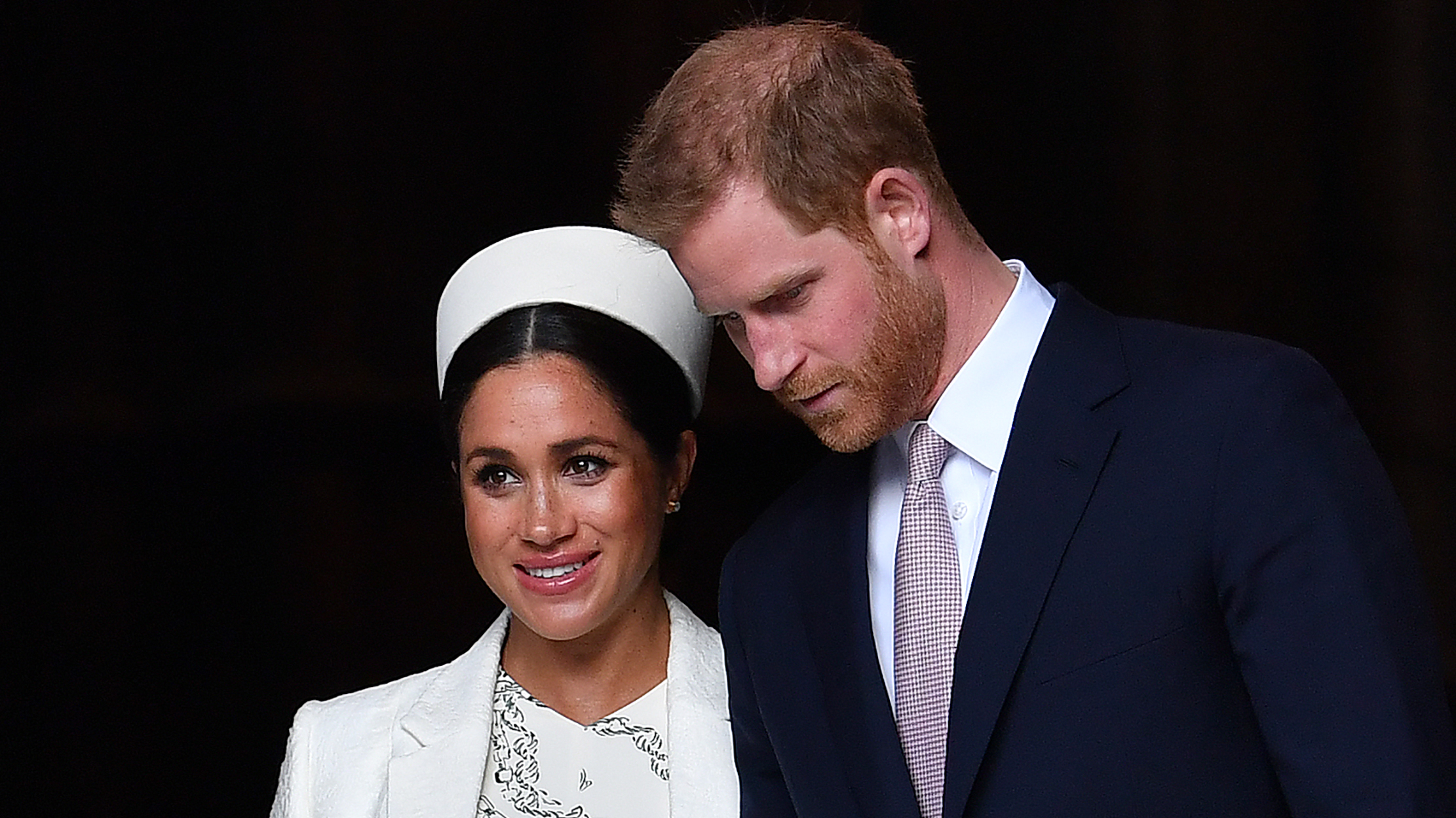 Prince Harry and Meghan, the Duke and Duchess of Sussex, leave a Commonwealth Service at Westminster Abbey in Central London. (Credit: Ben Stansall/AFP)

Prince Harry and Meghan, the Duke and Duchess of Sussex, leave a Commonwealth Service at Westminster Abbey in Central London. (Credit: Ben Stansall/AFP)

Where will Harry and Meghan get their money from?

Angela Levin, journalist and author of Harry: Conversations with the Prince, told CGTN: "It depends whether the Queen withdraws the money that she gives them, which is about 2 million pounds [$2.6 million] a year, Prince Charles gives them about 3.5 million pounds a year, so they've got loads here.

"But they might not take it all away and Meghan may go into making a film, earning lots of money on that. She's signed a contract with Disney. I think it will be very hard for Harry to make money unless he does public speaking and cuts lots of ribbons and turns up at events – and I don't think he's going to like that very much."