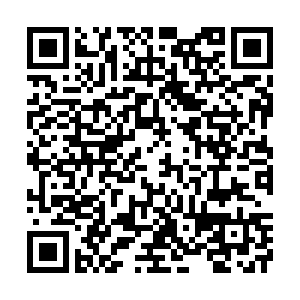 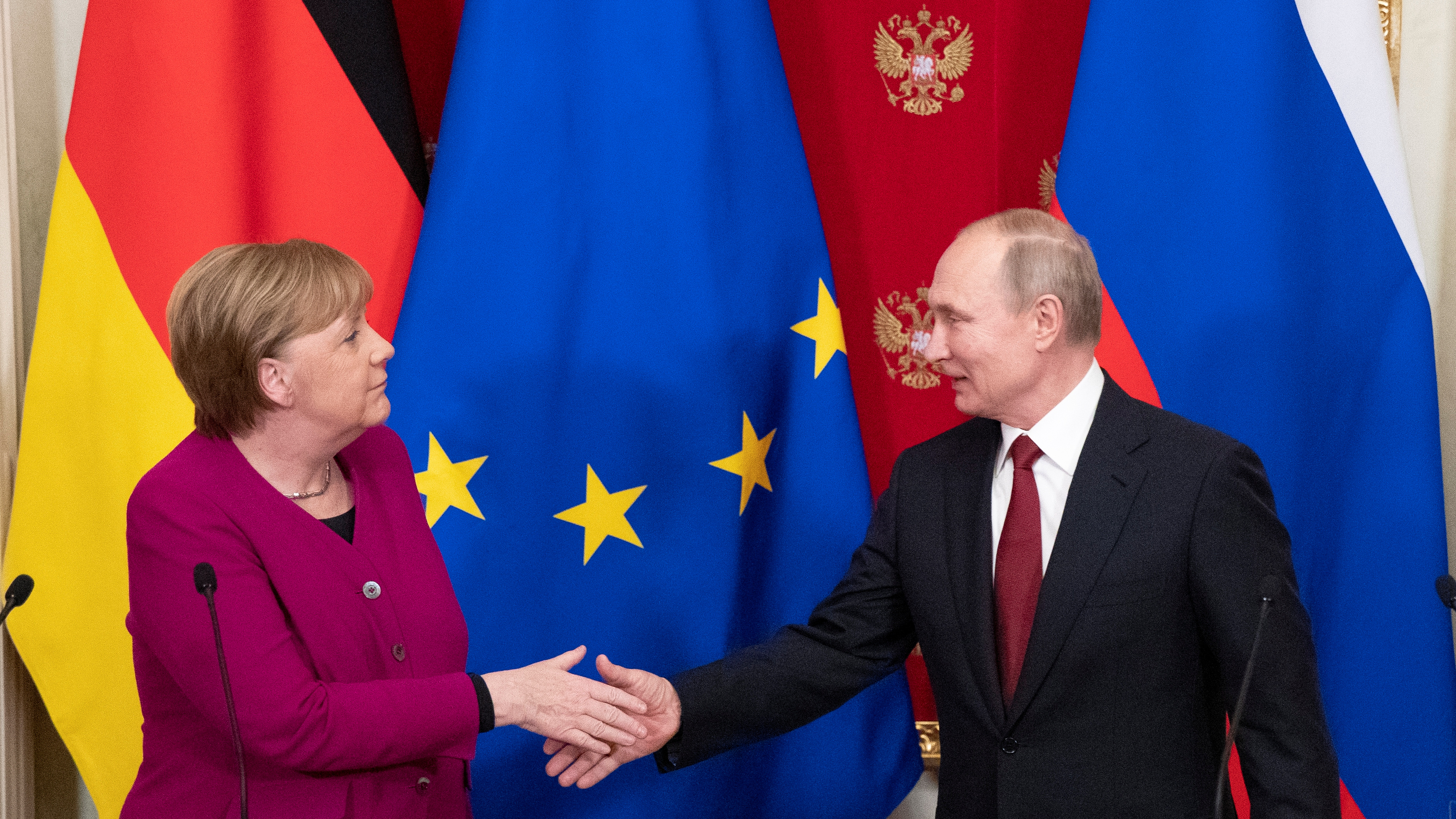 Germany Chancellor Angela Merkel announced that a new set of Libyan peace talks would be held in Berlin, as Russia and Turkey continue to call for forces in Libya to enter a ceasefire.

Speaking on Saturday during a joint news conference with Russia President Vladimir Putin from Moscow, Merkel said: "We hope that the joint efforts by Russia and Turkey will lead to success, and we will soon send out invitations for a conference in Berlin".

Merkel added that the United Nations, who have backed Libya's Government of National of Accord (GNA), would head talks if the meeting goes ahead in Berlin, saying that Libya's warring factions - the GNA and Khalifa Haftar's Libyan Armed Forces (LNA) - would have to play a key role in any settlement.

The Germany leader stated that the aim was to allow Libya to eventually achieve peace and confirmed that Berlin would soon be sending out invitations to the talks.

Putin gave his support for the diplomatic measures, stating that it was a 'timely' move and important to ending the conflict in Libya. The announcement comes after Putin and Turkish President Recep Tayyip Erdogan called for a ceasefire in Libya on Wednesday.

Turkey are sending troops to back the UN-supported Government of National Accord (GNA) in Tripoli government, and Moscow are allegedly backing general Khalifa Haftar's Libyan Armed Forces (LNA) in the east of the country. Haftar has thus far rejected the calls for a ceasefire.

When Putin was asked whether Russian mercenaries from the so-called Wagner Group were fighting in Libya, he stated that if there were Russians in Libya, they did not represent the Russian government, nor were they being funded by Moscow.

The meeting comes on the back of Putin's visit to Syria and Turkey this week, as the Russian leader continues to assert his role as global arbiter. 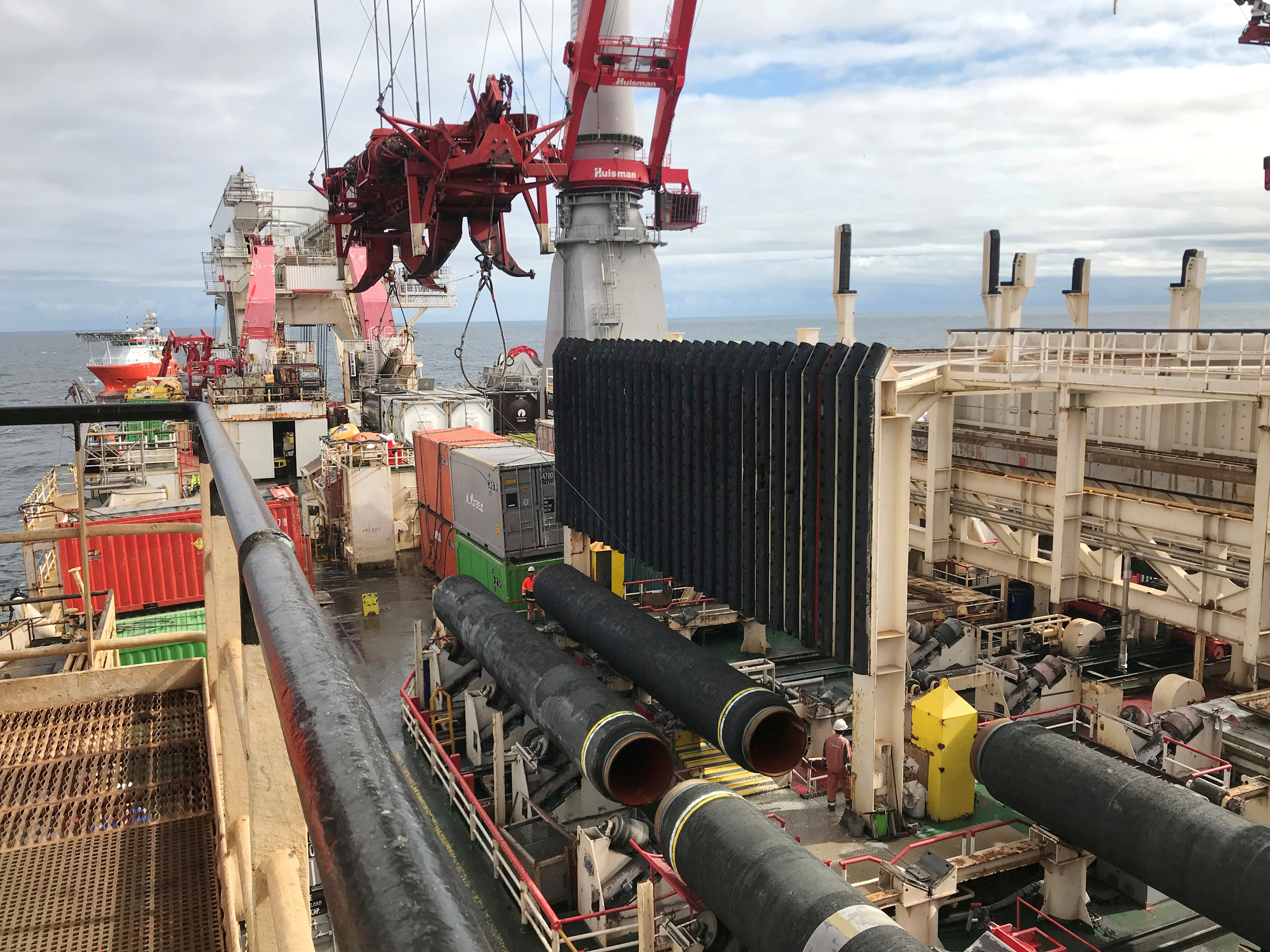 On the Nord Stream 2 gas pipeline, Putin shared his hopes that the project would be finished by early 2021. Last month, the US announced sanctions on firms working on the €9.5 billion ($10.6 billion) pipeline, which is set to increase gas shipments to Germany two-fold, citing security concerns over Moscow's increased influence on western Europe's economy when the project is completed.

"I hope that by the end of this year, or in the first quarter of next year, work will be finished and the gas pipeline will start operating," Putin said.

Putin stated the sanctions would delay Nord Stream 2 by "several months", after projections from Energy Minister Alexander Novak said last month that the project would be finished by the end of 2020.

Merkel said "despite the sanctions it will be possible to complete Nord Stream 2... there is a certain delay but it will be completed. Germany considers extraterritorial sanctions to be unsuitable and that's why we continue to support this project."

Russia "could complete construction independently without using foreign partners," Putin said. "It is a question of deadlines. That's the only issue here."