Europe dreams of a four-day working week… but is it possible?
Thomas Wintle 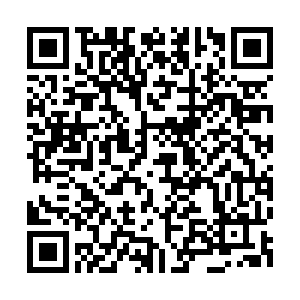 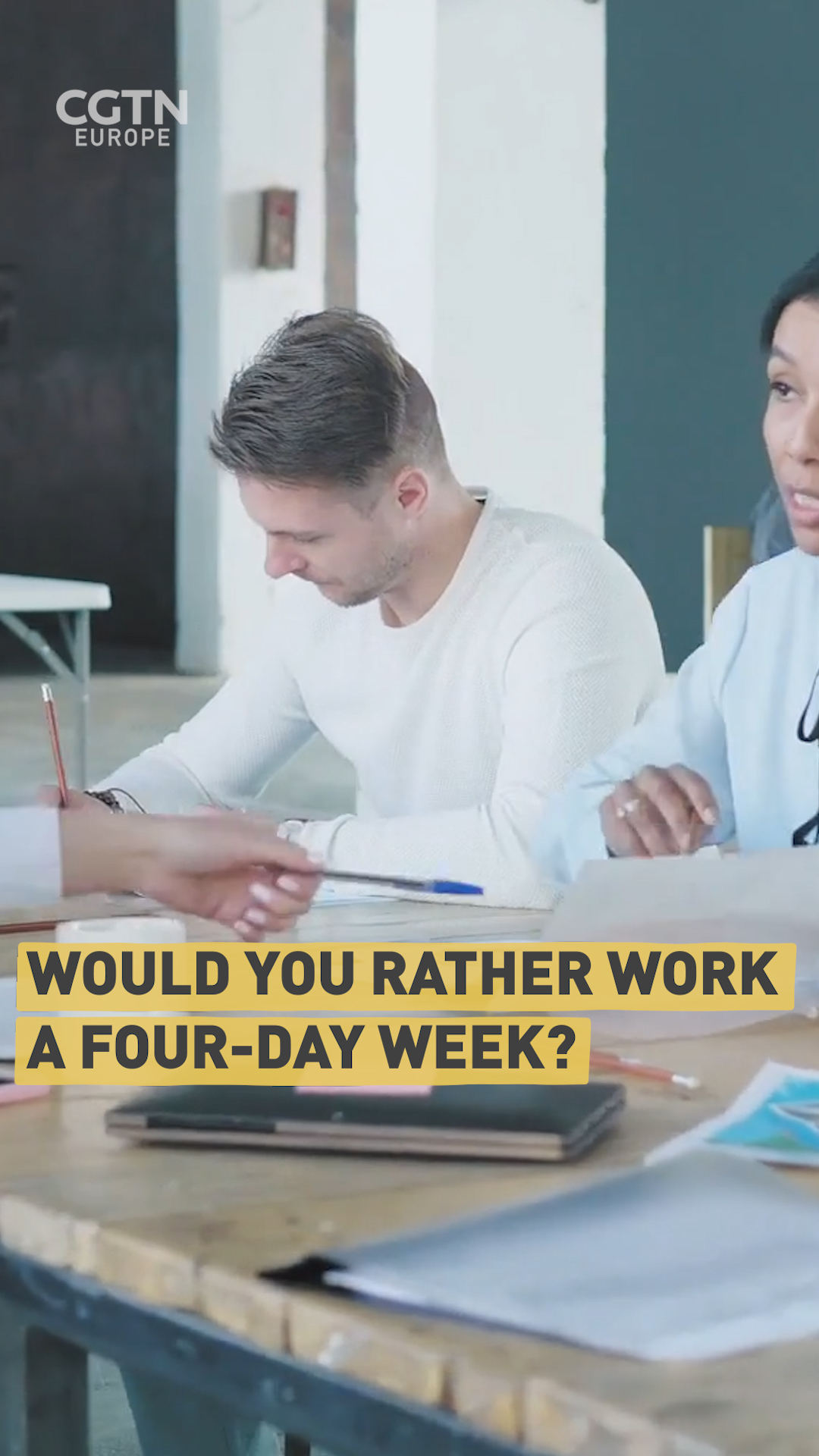 Last weekend, news spread across Europe that Finland's new prime minister, 34-year-old Sanna Marin, was floating the idea of a four-day working week for all of the country's employees.

The reports were not entirely accurate – Marin had suggested the introduction of a four-day working week back in August 2019, when she was minister of transport and communications and her office said her government's program made "no mention about a four-day week," adding that the issue wasn't on the government's agenda.

But the spread of the original story is perhaps an indication of Europeans' desire for a four-day week to become a reality.

So, just how eager are Europeans to take up a four-day week, what exactly would such a schedule look like, and perhaps most importantly, is there any chance of its realization in the near future? 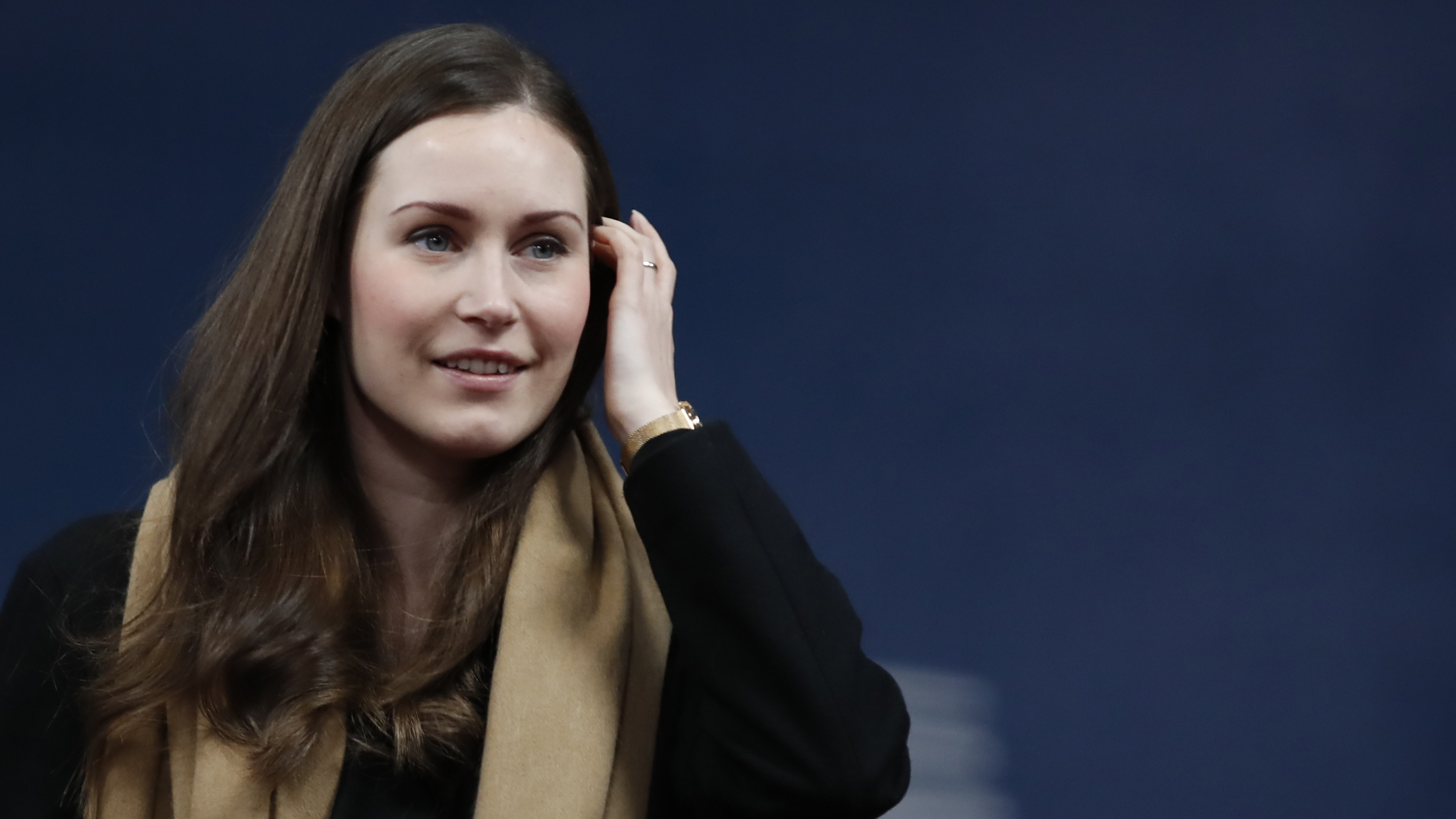 Dreams of a shorter week

While the concept is hardly new – influential British economist John Maynard Keynes predicted we would have a 15-hour schedule "within a hundred years" back in the 1930s – the four-day working week has gained increased traction in the past decade, as complaints about work-life balance have grown.

According to a 2018 study carried out by Wilmar Schaufeli for KU Leuven in Belgium and Utrecht University in the Netherlands, on average, 10 percent of the EU's workforce said they felt "burnt out," with about 17 percent of non-EU Europeans agreeing that overwork was leading to feelings of exhaustion. And in a 2019 ADP survey of the workforce of the EU's eight largest economies, more than a quarter (28 percent) of employees said they thought their employers were not interested in their mental wellbeing, with 38 percent saying their employers' interests in their mental health were only superficial. 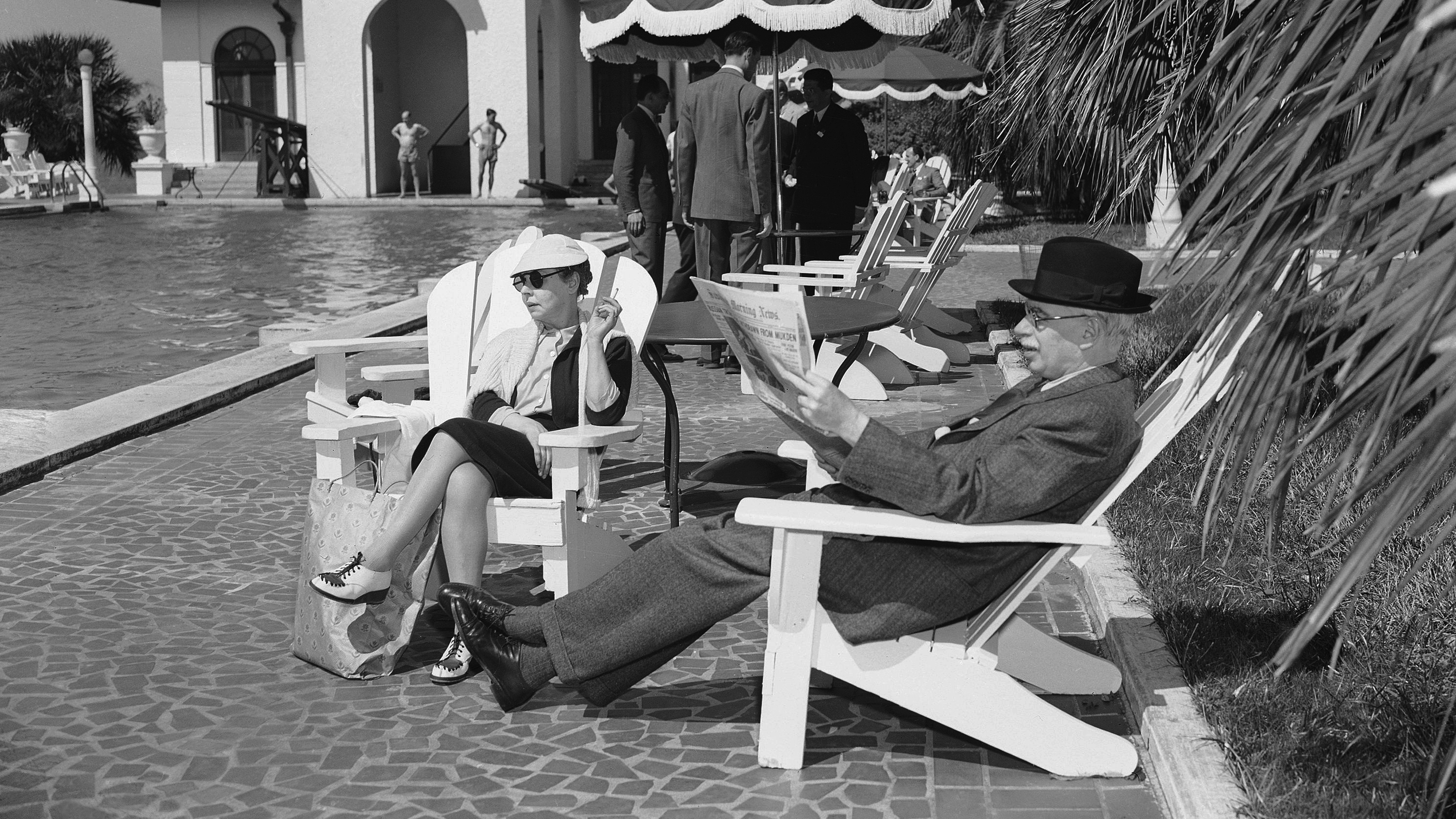 British economist John Maynard Keynes thought workers would have a 15-hour schedule 'within a hundred years' back in the 1930s (Credit: AP)

British economist John Maynard Keynes thought workers would have a 15-hour schedule 'within a hundred years' back in the 1930s (Credit: AP)

Beyond burnouts, a further 56 percent of employees said they were anticipating significant changes to their schedule because of automation. And it appears such concerns are having an effect on growing calls for Europe to revisit the five-day working week.

According to the ADP report, Europeans are largely in support of a reduced schedule: about 56 percent said they would, if they had the option, switch to a four-day working week. However, opinions varied on how the policy should be applied: more than three quarters (78 percent) said they would prefer to work four longer days to receive the same salary, while 22 percent said they would rather work standard hours for less overall pay.

This begs the question: what does a four-day week actually look like? 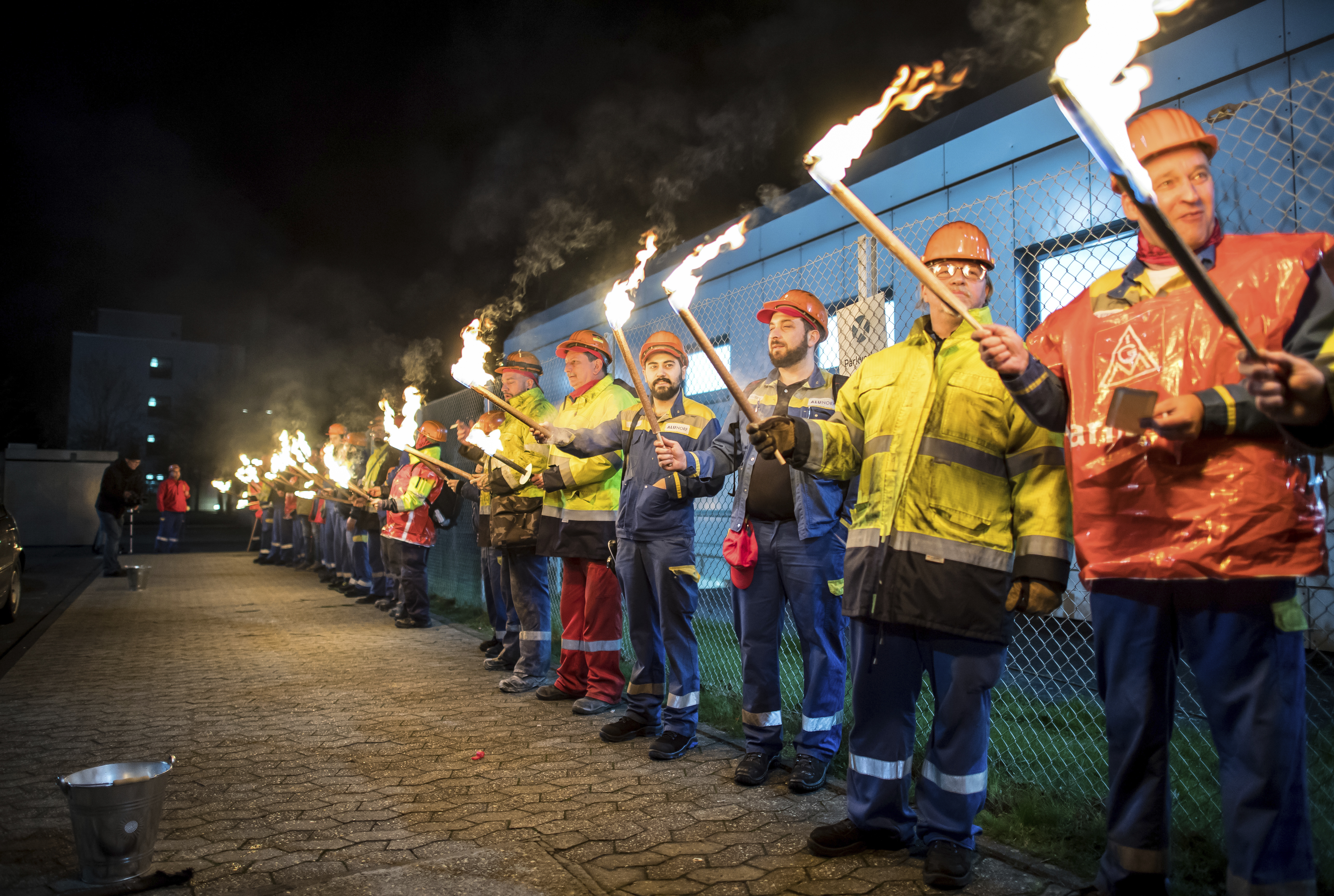 The realities on a national level

When Finland's Marin suggested the introduction of a reduced schedule, she was talking about employees working four, six-hour long days – a 24-hour working week in total. By contrast, UK shadow chancellor John McDonnell's proposals for what he called a four-day week ahead of the Labour Party's defeat in the 2019 general election, were much less dramatic: to progressively cut the average working week in the UK, currently at around 38.4 hours, to 32 hours over a decade.

On a national level, several of Europe's largest economies have made serious amendments to their average working week. France famously reduced what was a 39-hour schedule to 35 hours in 1998, with excess working hours supposed to count as overtime. However, a perceived oversight in government regulation and an attack on the measures from various French governments has meant that full-time workers are now doing an estimated 40.4 hours on average, according to the OECD.

In Germany, a 2018 report from the OECD put the average working week for both full-time and part-time workers at 34 hours a week, in contrast to France's 36 and the UK's 37 (The Netherlands has the lowest figure for Europe, with employees on an average of 29 hours a week). Some German industries are making inroads to what might be described as a four-day week, with metal workers from the IG Metall union winning the right to a 28-hour working week in 2018, which amounts to a seven-hour, four-day schedule. However, the deal was aimed largely at senior members, and involved employers gaining the right to give larger numbers of workers longer 40-hour contracts as a counterweight.

Sweden is perhaps the European country that has come closest to applying what could be called a four-day week on a local level. In 2015, the city of Gothenburg ran a trial of a four-day, six-hour week in care homes for the elderly. While productivity rates shot up and employee work-satisfaction rates boomed, the schedule meant more nurses were needed to fill staffing shortages, costing the city $1.3 million. After two years, the program was deemed too expensive, and in 2017, despite employee enthusiasm, it was scrapped. 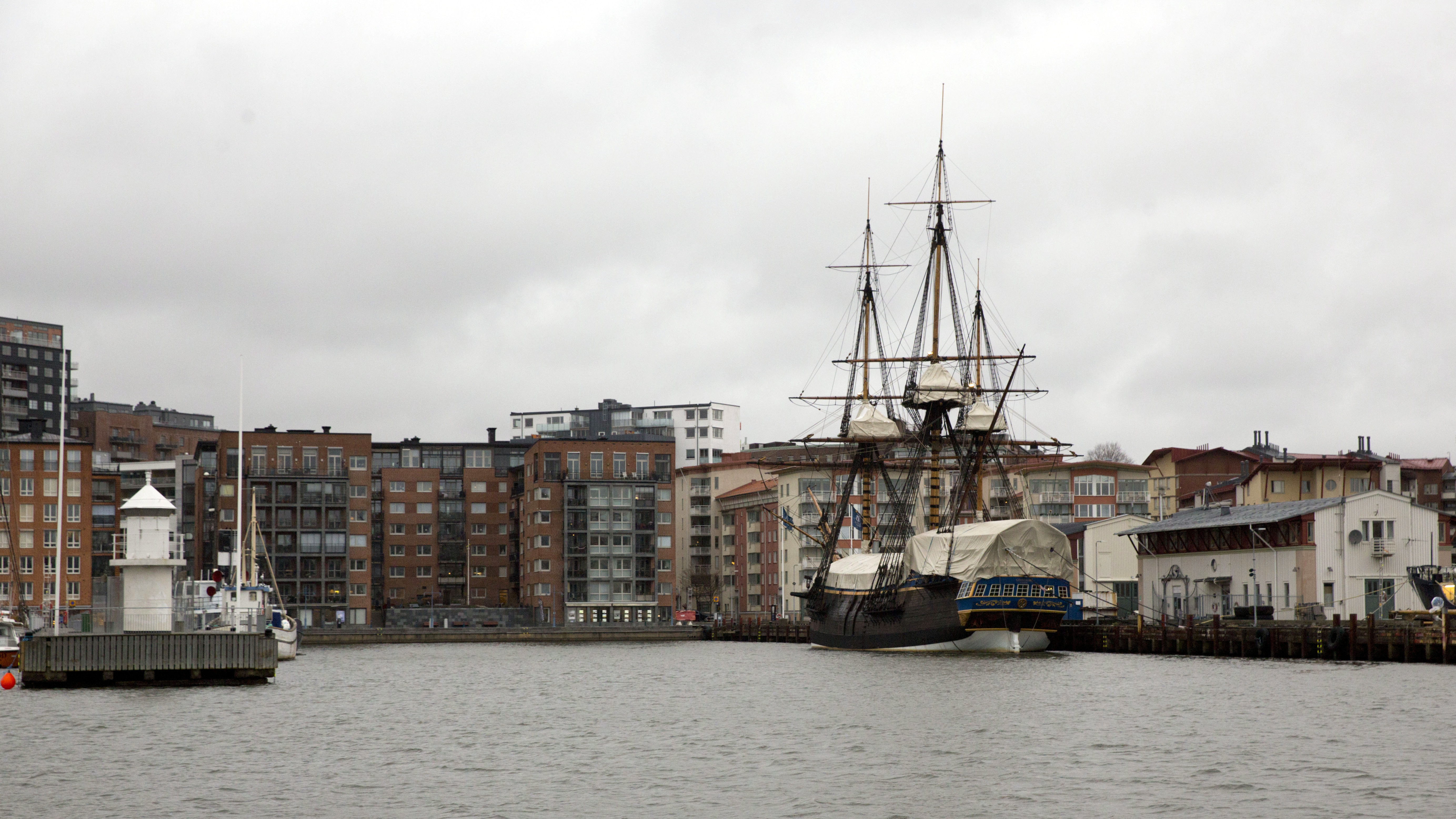 In Sweden, the city of Gothenburg ran a trial of a four-day, six-hour week in care homes for the eldely (Credit: AP)

In Sweden, the city of Gothenburg ran a trial of a four-day, six-hour week in care homes for the eldely (Credit: AP)

A slew of European companies have been trialing what they have called a four-day week over the past decade, and with smaller teams and more flexibility than many other industries, some have found that a three-day weekend has done wonders for the workplace – and at no extra cost.

According to Andre Spicer, a professor of organizational behavior at London's Cass Business School, "the normal definition of a five-day week is usually working eight hours a day, five days a week or sometimes more, so there are two options for switching to a four-day schedule – either reducing the number of hours worked or else working the same hours over four days, in which case employees keep the same pay."

In firms with large workforces, the practice is implemented through a rotating schedule, in which some employees take Mondays off and others stay home on Fridays, allowing companies to meet customer demands throughout the week. Other smaller companies have simply reduced their Friday workloads, sometimes choosing to either juggle client expectations or ask employees to be on call while away from the office.

When the British company Radioactive PR decided to switch to a four-day model in September 2018, director Rich Leigh simply extended the weekend: employees took Friday off, moving from a 36-hour, five-day week to 31-hour, four-day week. They took a 20 percent reduction in annual leave and a reduced lunch hour, but stayed on the same wages. One year later, Radioactive PR reported a 70 percent increase in turnover, with net and gross profits more or less staying the same.

Other UK firms that have made the switch to a four-day week, including the award-winning lighting consultancy Elektra Lighting and management consultancy Think Productive, have reported similar successes, highlighting employee productivity, a decrease in sick days, and an increase in staff happiness.

Neil Knowles, founder and director of Elektra Lighting, tells CGTN Europe that, while trialing a reduced schedule, the idea was that if the amount of money they were invoicing dropped, they would switch back to five days. But, according to Knowles, billing "stayed at the the same level, almost exactly the same as before, but we all got to take the Friday off."

The effects of gaining the long weekend have apparently been a plus for staff: "It gives you more freedom and time, and most people tend to do something useful or interesting on their day off. For me, in particular, I have children, so it gives me time to do something other other than working or being at home, going to art galleries and eating out a lot, for example," says Knowles.

He is clear the reason the policy works at his company is because of its small team – 11 full-time employees – and the nature of their business: "We work on a project-by-project basis and it helps that we do a lot of work in the Middle East, where Friday is a holiday."

But how is a reduced schedule faring in other companies, particularly where there is a larger work force? 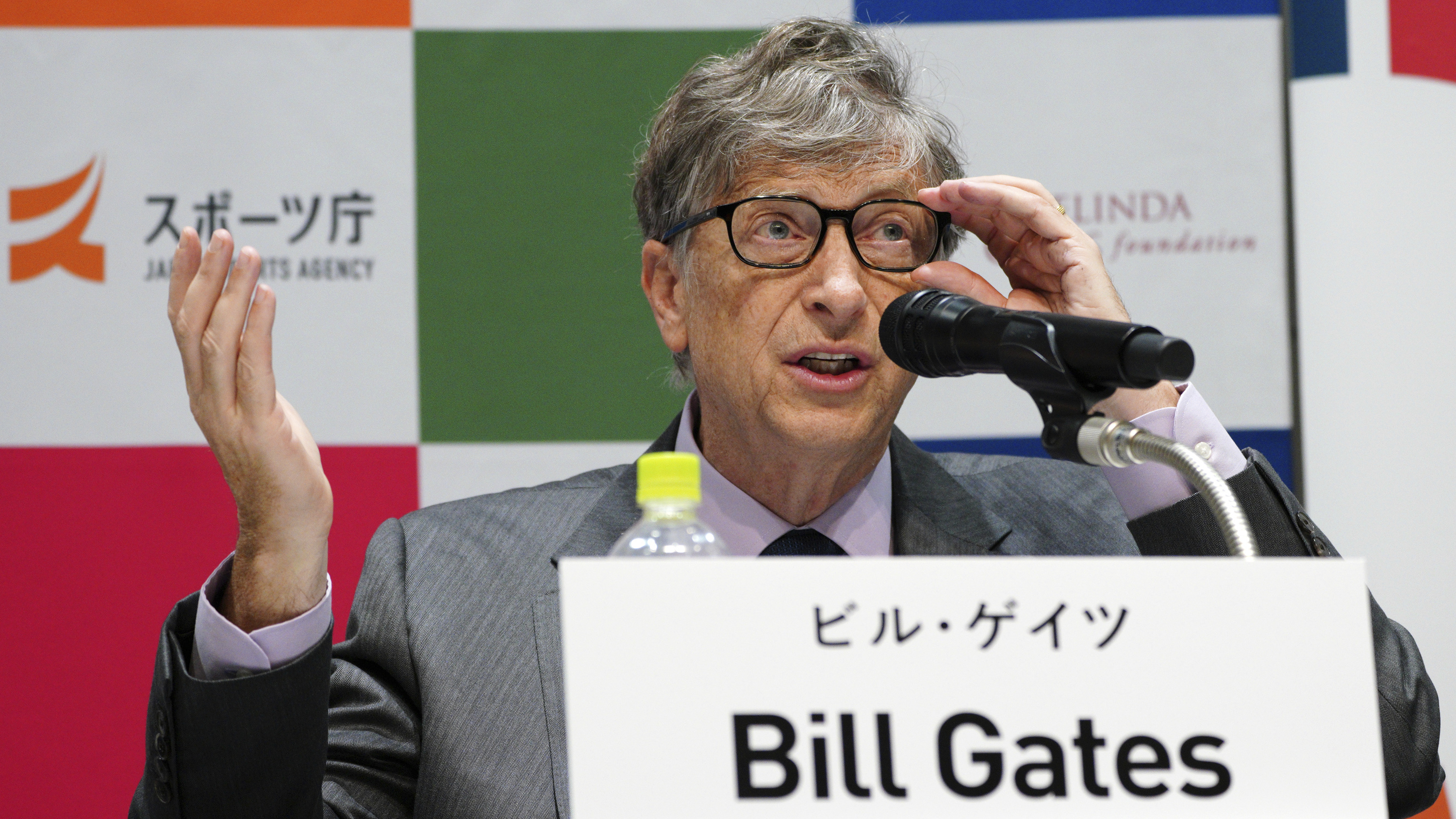 In August 2019, Henley Business School carried out a survey of 505 UK employers and 2,000 of their employees to find out how British companies were implementing the four-day week and what impact the new schedule was having.

According to the research, around half of the businesses interviewed had moved to a reduced schedule for a portion or all of their full-time employees, with around two-thirds of the organizations that had done so saying there had been increases in staff productivity, work quality, and staff well-being. For example, Microsoft Japan's month-long test-trial in 2019 famously improved productivity by 40 percent.

According to Cass Business School's Spicer: "There is a huge amount of unproductivity in the workplace ... and with the four-day week, a lot of that gets pushed to the side." However, he warns that some of the high figures may have been impacted by the Hawthorne effect – when the behavior of the subjects being studied changes due to their awareness of being observed. In other words, worker productivity might have gone up so much because someone was looking over their shoulders.

But it seems that for employees, the work-day reduction is influencing both their productivity and their happiness. About 77 percent of workers interviewed by Henley Business School said there was a clear link between the shorter week and an improved quality of life. Generation X and Z workers were particularly in favor of the scheme, with 67 percent of those born in the mid to late 1990s saying offers of a four-day week would influence which company they would want to work for. 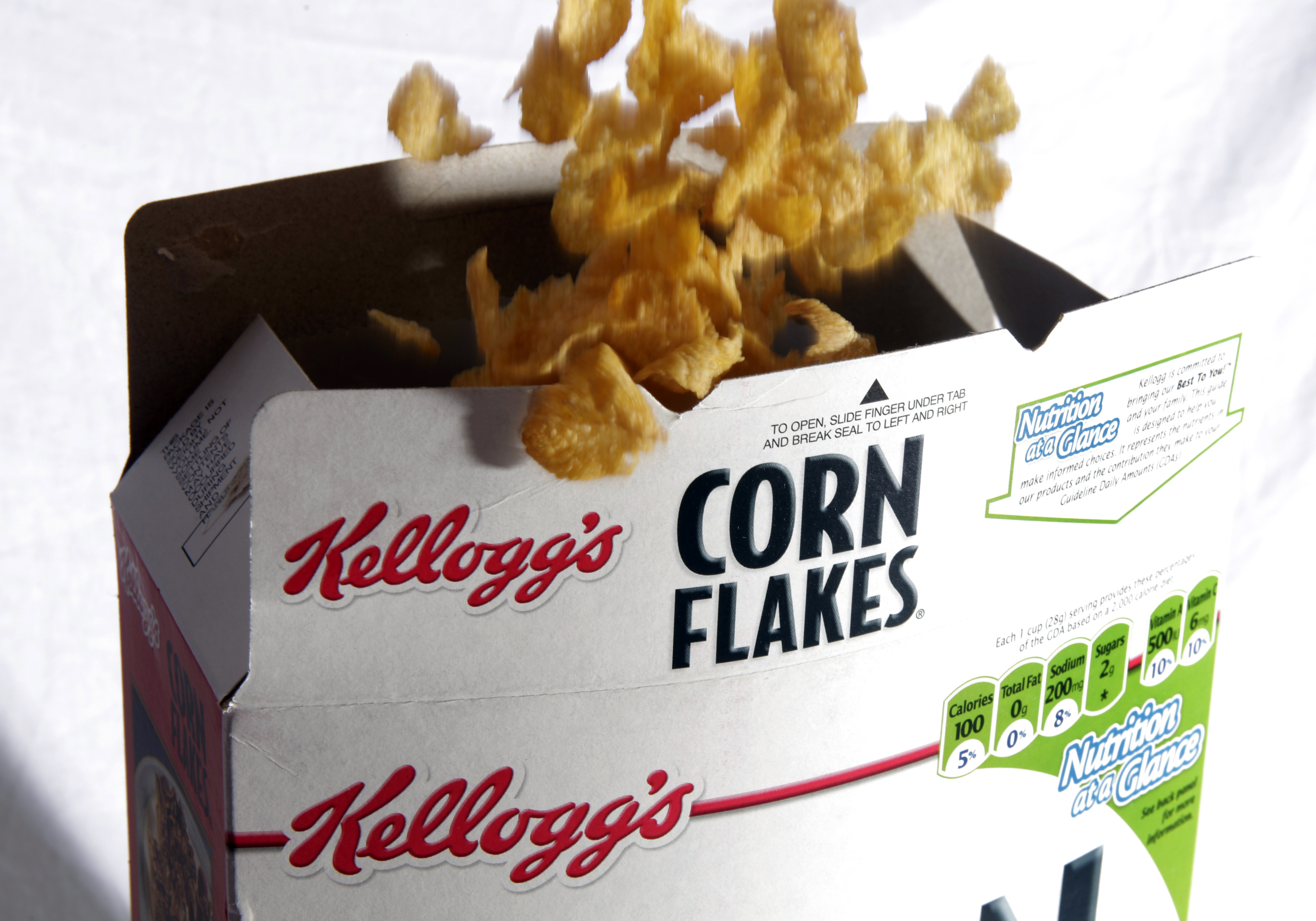 However, the survey also showed that almost three-quarters (73%) of business leaders were concerned about a reduced schedule, whether it was contract regulations, staffing challenges, or increased labor costs. According to Spicer, "there are certain kinds of process work where you need a certain number of people working, like in a factory, where people are monitoring a production line, or in some forms of service work, such as staffing a retail store, where you always need to have somebody working on site."

This was the case when the world's second-largest research donor, the Wellcome Trust, decided to end its 2019 four-day week trial for 800 of its office workers, citing operational complexities.

Beyond finances, it has also proved difficult for companies to get past traditional working cultures: "There are a range of things, including expectations, where social norms dictate that you need to be in five days a week to achieve what you have to get done," says Spicer. He cites the decision of cereals giant Kellogg's to reduce working hours to six a day in 1930: while the trial didn't impact productivity levels, the company decided to revert back to longer working hours simply because it was the industry norm.

So, is there any chance of Europeans gaining a reduced schedule at a nationwide level in the future?

"Completely," says Spicer. "The road to a four-day work week is being tried out in different workplaces, rather than a kind of blanket move to a full national model. But, then again, we look back in history, and we can see the average work day has been reduced drastically.

"From the late 19th century onwards, we've gradually brought down working hours and when that's happened, it hasn't brought down national productivity. So, it's partly about political will and its partly about companies experimenting with challenging norms and changing workplace expectations."

The latter is already taking place. The question is, will governments, including Finland, now follow the trend?