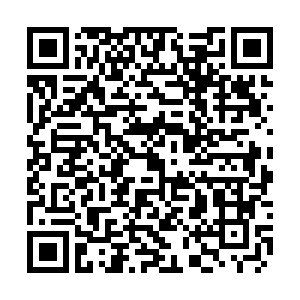 Climate change activist group, Extinction Rebellion, have slammed UK counter-terror police after they were listed as an "extreme ideology" in internal guidelines.

First reported by the Guardian, the force said the advice was an "error of judgment" and have subsequently recalled the document amid a review.

Extinction Rebellion denounced the move as a "terrorism slur by police.”

"In a world of misinformation, where lies travel faster than the truth, we can't help but wonder was this a deliberate attempt to silence a legitimate cause" the group said in a press release titled "How dare they."

"Wouldn't it be nice if they focused on the real extremists, the fossil fuels companies and those that do their bidding."

The climate change group were listed alongside prohibited groups far-right National Action and the Islamist Al Muhajiroun.  The advice on Extinction Rebellion describes the group as: "A campaign encouraging protest and civil disobedience to pressure governments to take action on climate change and species extinction."

The 12-page document, dated November 2019, which was issued to teachers, police and other government organisations, branded the group a threat due to their "anti-establishment philosophy that seeks system change."

Head of CTPSE, DCS Kath Barnes, said "I would like to make it quite clear that we do not classify Extinction Rebellion as an extremist organisation. The inclusion of Extinction Rebellion in this document was an error of judgment and we will now be reviewing all of the contents as a result."

Extinction Rebellion rose to prominence in the UK in 2019 when they held a series of direct action protests, blocking bridges and train stations across the country. Many activists committed illegal acts which they were prepared to get arrested for.

Police banned Extinction Rebellion from protesting within London in October last year, subsequently arresting over 1,000 activists. Charges were later dropped after the ban was ruled unlawful by the Crown Prosecution Service.