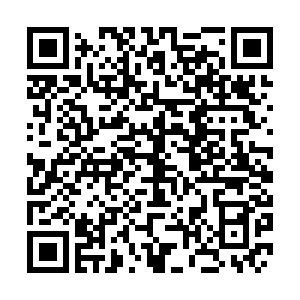 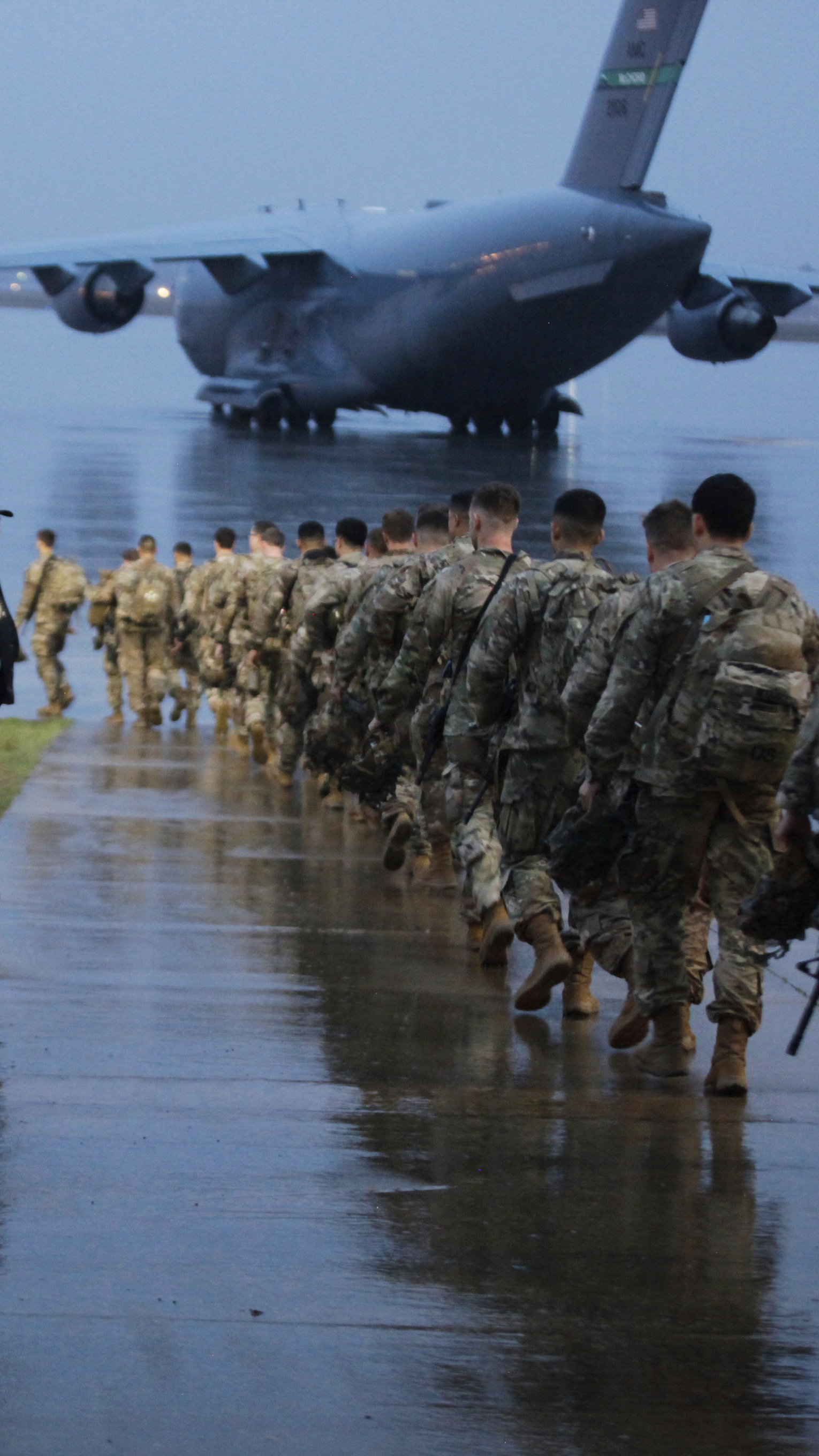 As the Middle East braces for the fallout from the US assassination of Iran's top general, the region has witnessed frantic military deployments in order to safeguard defense installations and shipping lanes from an inevitable Iranian blowback.

Tehran has vowed retribution for the killing of Qasem Soleimani, a popular military commander, who is credited for his role in building a Shiite axis of power and projecting Iran's sway over Iraq, Lebanon, Syria and Yemen.

The Trump administration's assertions that Soleimani's presence in Baghdad posed an imminent threat to American lives and a stark warning that a retaliation from Iran would invite an overwhelming US military response, points to the precarious state of affairs in one of the most volatile corners of the world.

In a recent tweet, US President Donald Trump threatened to target 52 locations if Iran "strikes any Americans, or American assets."

"The United States just spent two trillion dollars on military equipment. We are the biggest and by far the best in the world! If Iran attacks an American base, or any American, we will be sending some of that brand new beautiful equipment their way ... and without hesitation!" he tweeted.

Expecting an Iranian attack "within weeks," Washington has started shoring up its military presence by deploying more than 3,000 troops, in addition to the 700 who left earlier in the week after the storming of the US embassy in Baghdad. The White House blamed Iran for the assault.

Another 3,000 personnel have been put on standby for rapid deployment. 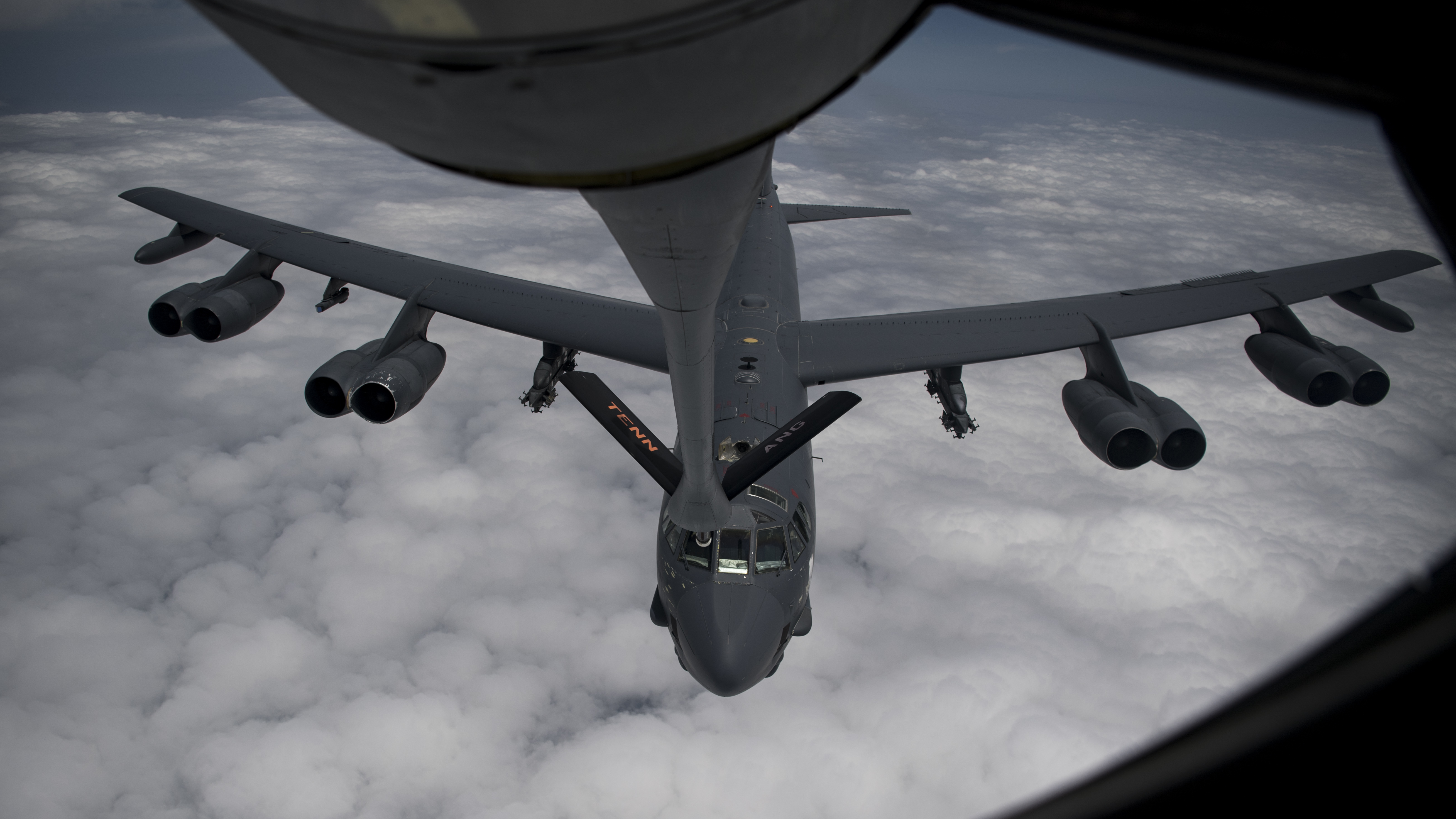 The US air force can send multi-role fighter jets, stealth and heavy bombers to the Middle East from bases across the Pacific and Indian Ocean. (Credit: AP)

The US air force can send multi-role fighter jets, stealth and heavy bombers to the Middle East from bases across the Pacific and Indian Ocean. (Credit: AP)

The US maintains tens of thousands of military personnel across the Middle East, including in Iraq, Saudi Arabia, Kuwait, Qatar, the UAE, Jordan, Oman, Syria and Bahrain – a major naval base that monitors three critical choke points at the Strait of Hormuz, the Suez Canal and the Strait of Bab al Mandeb at the southern tip of Yemen.

Additionally, it has around 2,500 troops and combat aircraft in Turkey's Incirlik air base and 14,000 soldiers in Afghanistan.

Having at its disposal the most technologically advanced military force in the world, the US can bring to bear a formidable naval fleet of super-carriers, missile destroyers and nuclear submarines.

Its air force can send hundreds of multi-role fighter jets, stealth and heavy bombers towards the Persian Gulf from bases in the Pacific and Indian Ocean and as far away as the US mainland.

Anticipating threats to its ships, the UK has also ordered two Royal Navy destroyers, HMS Montrose and HMS Defender to the Strait of Hormuz. Elite SAS troops are being kept ready to help with the evacuation of British citizens, should the need arise.

NATO, too, has suspended a training mission in Iraq, led by Canadian troops.

While major stakeholders in the Middle East brace for reprisal attacks from Iran, there is much speculation on the nature of the onslaught. 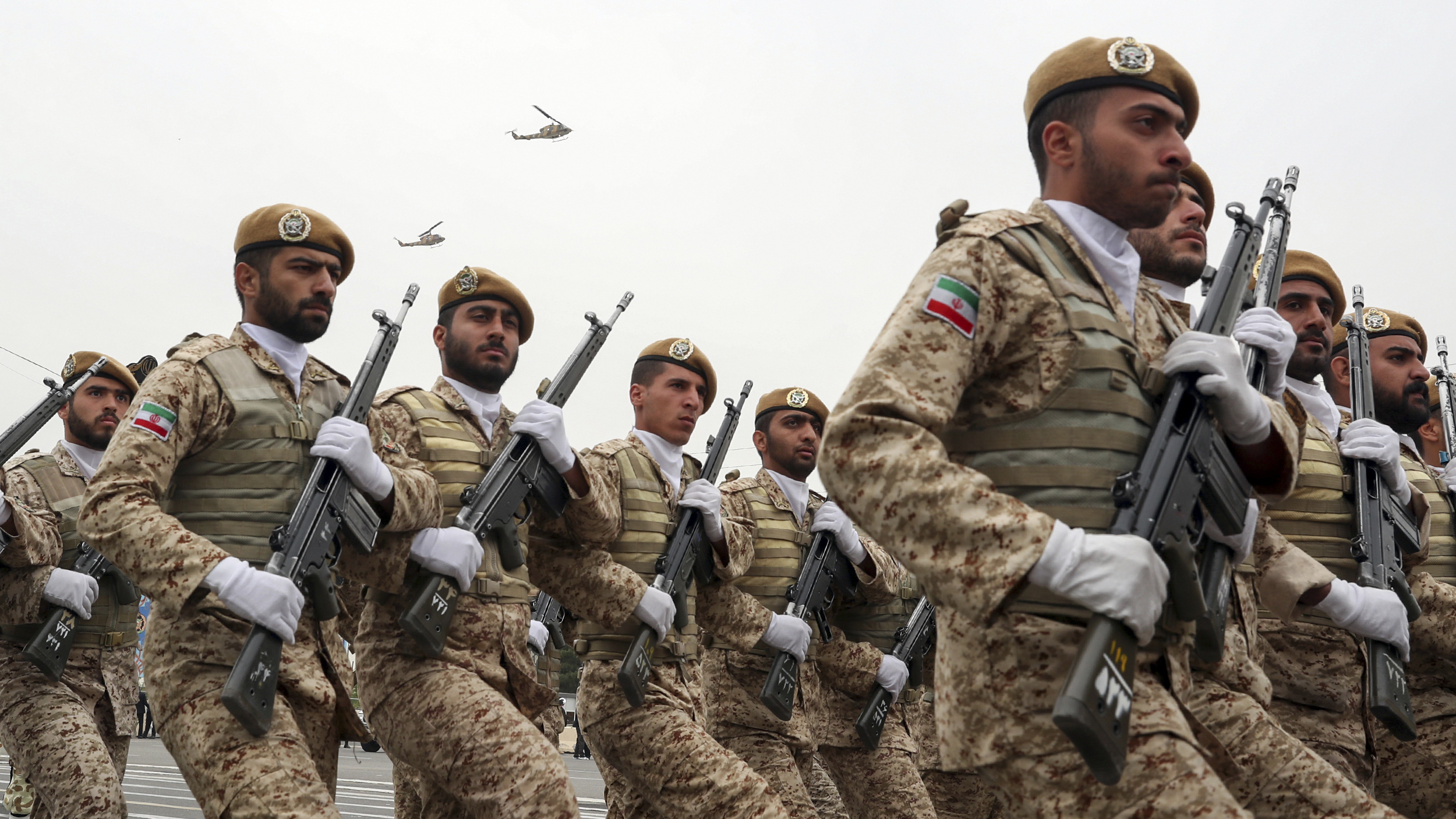 An Iranian attack can take multiple dimensions in the region and far away from the country's shores. (Credit: AP)

An Iranian attack can take multiple dimensions in the region and far away from the country's shores. (Credit: AP)

President Hassan Rouhani called the killing a "heinous crime" and said his country would "take revenge."

Given Tehran's sizable military and its expertise in asymmetric warfare, an Iranian counterstrike could have multiple dimensions.

Despite being hobbled by obsolete weapons, Iran's defense forces have in their arsenal a wide array of indigenous fighter aircraft, frigates, fast-attack boats, drones and missiles.

According to the International Institute for Strategic Studies, a UK-based think tank, there are an estimated 523,000 active personnel in the Iranian military, comprising 350,000 regular troops and at least 150,000 in the Islamic Revolutionary Guards Corps (IRGC).

The IRGC's naval arm has an additional 20,000 members who are mainly tasked with patrolling the Strait of Hormuz, a narrow sea channel that handles more than a fifth of global oil supply.

The IRGC commands the Basij, a volunteer force unit that can potentially mobilize hundreds of thousands of foot soldiers.

Next is the secretive Quds Force, a branch of the IRGC that was headed by Soleimani, which carries out clandestine operations abroad. It is believed to be about 5,000 strong. 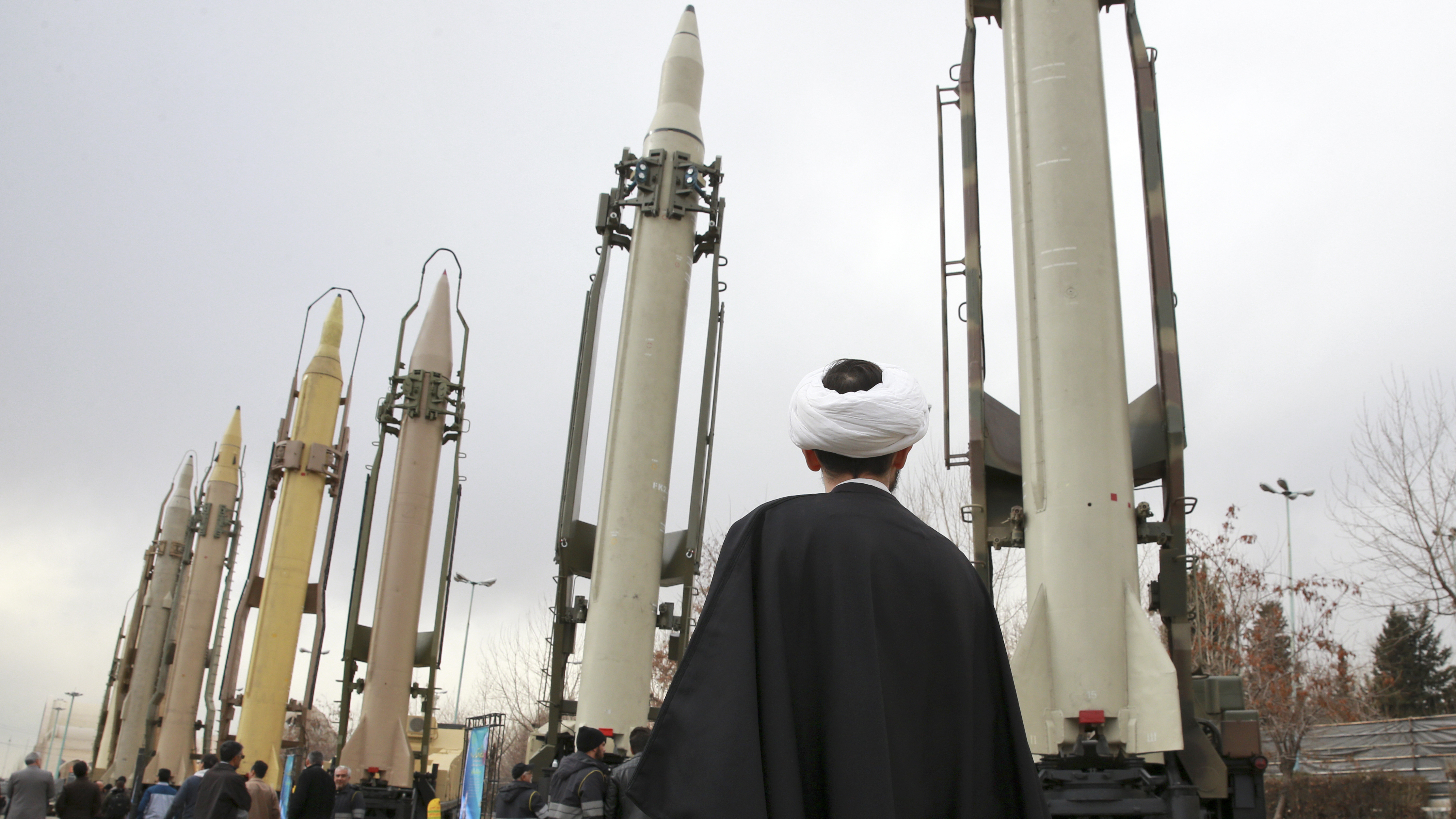 Iran has a wide array of ballistic missiles in its arsenal (Credit: AP)

Iran has a wide array of ballistic missiles in its arsenal (Credit: AP)

One of Iran's key military assets is its ballistic missiles, mainly short to medium-range, which a US Defense Department report described as the largest in the region.

An adversary flying in Iranian airspace has to contend with a complex grid of anti-aircraft defenses, both locally developed and imported from Russia - such as the S-300 surface-to-air missile system.

Iran successfully shot down a high-altitude US Global Hawk surveillance drone in June 2019.

Tehran even ramped up its cyber warfare capabilities following a major attack on nuclear facilities in 2010. The IRGC is believed to have an in-house cyber-command, focusing on commercial and military spying and offensive operations.