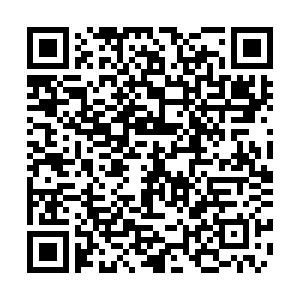 UK Foreign Secretary Dominic Raab has called for Iran to "take a diplomatic route" to minimize tensions with the West and come in "from the international cold."

His message comes amid increased tension in the Middle East after the US killing of Iran's top military leader, Qasem Soleimani, in Iraq.

Speaking to the BBC's Andrew Marr programme on Sunday morning, Mr Raab said the US "had a right to exercize self-defense."

He also said that the UK understood "why they did it" but now they want to "de-escalate tensions" and avoid "a major war."

"The president of the US, the president of France have left the door open to a diplomatic route through this, to a better place for Iran,"he said. "The leadership have decided not to take it."

He added the "important thing now is to de-escalate the tensions and try and restore some stability".

"Iran has for a long period been engaged in menacing, de-stabilizing activities" he said.

"It was General Soleimani's job description to engage proxies, militias across not just Iraq but the whole region, not just to destabilize those countries but to attack Western countries... In those circumstances the right of self-defence clearly applies."

When asked about whether it would have been helpful for the UK to be warned about the airstrike in advance, Raab responded saying "I'm not sure it would have made the kind of wholesale difference that you're suggesting."

Earlier, Mr Raab told Sky News that he had spoken to both the Iraqi president and prime minister and his French and German counterparts since Friday's killing of General Soleimani. He will meet with his US counterpart Mike Pompeo on Friday this week in Washington.

Mr Raab's boss, British Prime Minister Boris Johnson is returning to the UK on Sunday after spending nearly two weeks on holiday on the Caribbean Island of Mustique.

He has not yet spoken publicly about the US airstrike and threats from Iran.

Jeremy Corbyn, the leader of the Labour party, has criticized Mr Johnson for not finishing his holiday early and called for an urgent meeting of the Privy Council - the group that advises the Queen - surrounding the airstrike.

Meanwhile, European embassies are issuing travel warnings for different parts of Iran and Iraq following the assassination of Qassem Soleimani in a U.S. airstrike.

The UK Foreign and Commonwealth Office (FCO) advises against all travel to Iraq, except for the Kurdistan Region of Iraq, which the FCO has advised against except for essential travel. They also said on their website "If you're in areas of Iraq where the FCO advise against all travel, you should consider leaving by commercial means."

The French Embassy has warned that because of rising tensions in the region, French citizens should avoid moving around as much as possible and to stay away from protests. French citizens in Iraq are also advised to stay away from official buildings, and to be vigilant whilst remaining informed about the latest updates on the situation. It is highly recommended to delay any planned trips to Iraq.