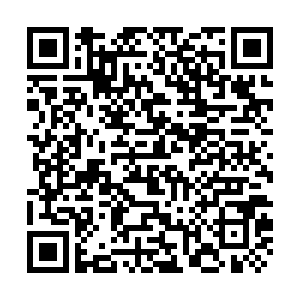 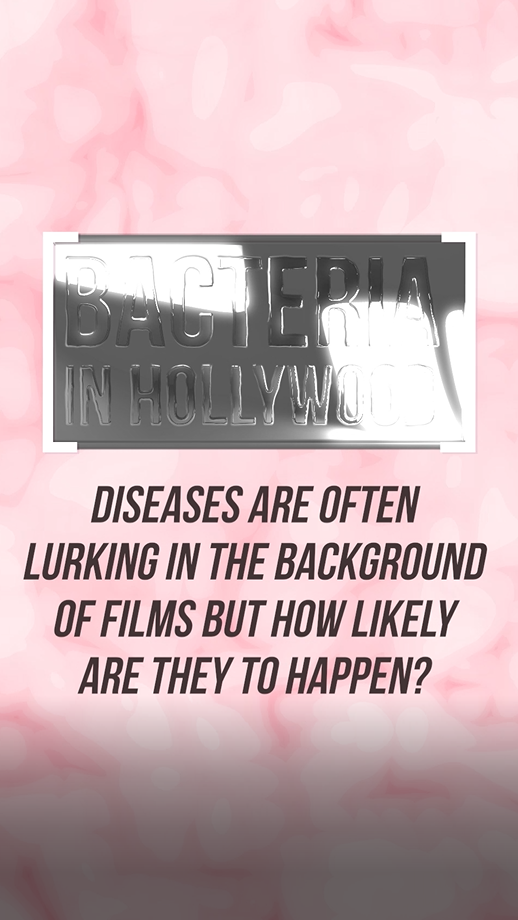 Film-makers love the idea of bacteria and viruses – invisible and inexplicable agents which can do anything the plot demands and won't have the audience standing in the aisles pointing angrily at the screen shouting "But sir, I think you'll find…" Well, not most of the audience, anyway.

In order to separate science from fiction, CGTN Europe disturbed two senior lecturers in biomedical sciences at Royal Holloway University of London, Dr James McEvoy and Dr Shobana Dissanayeke, presenting them with several unspecified Hollywood scenarios and asking them how likely they were.

This slick Will Smith vehicle may seem very modern but it's from the Cold War era: It's based on a 1954 novel by Richard Matheson (who also wrote several Twilight Zone episodes and the story turned into Steven Spielberg's debut film Duel). An influential forerunner of the whole post-apocalyptic zombie-vampire genre, it had already been filmed twice, as The Last Man on Earth (1964) and The Omega Man (1971). 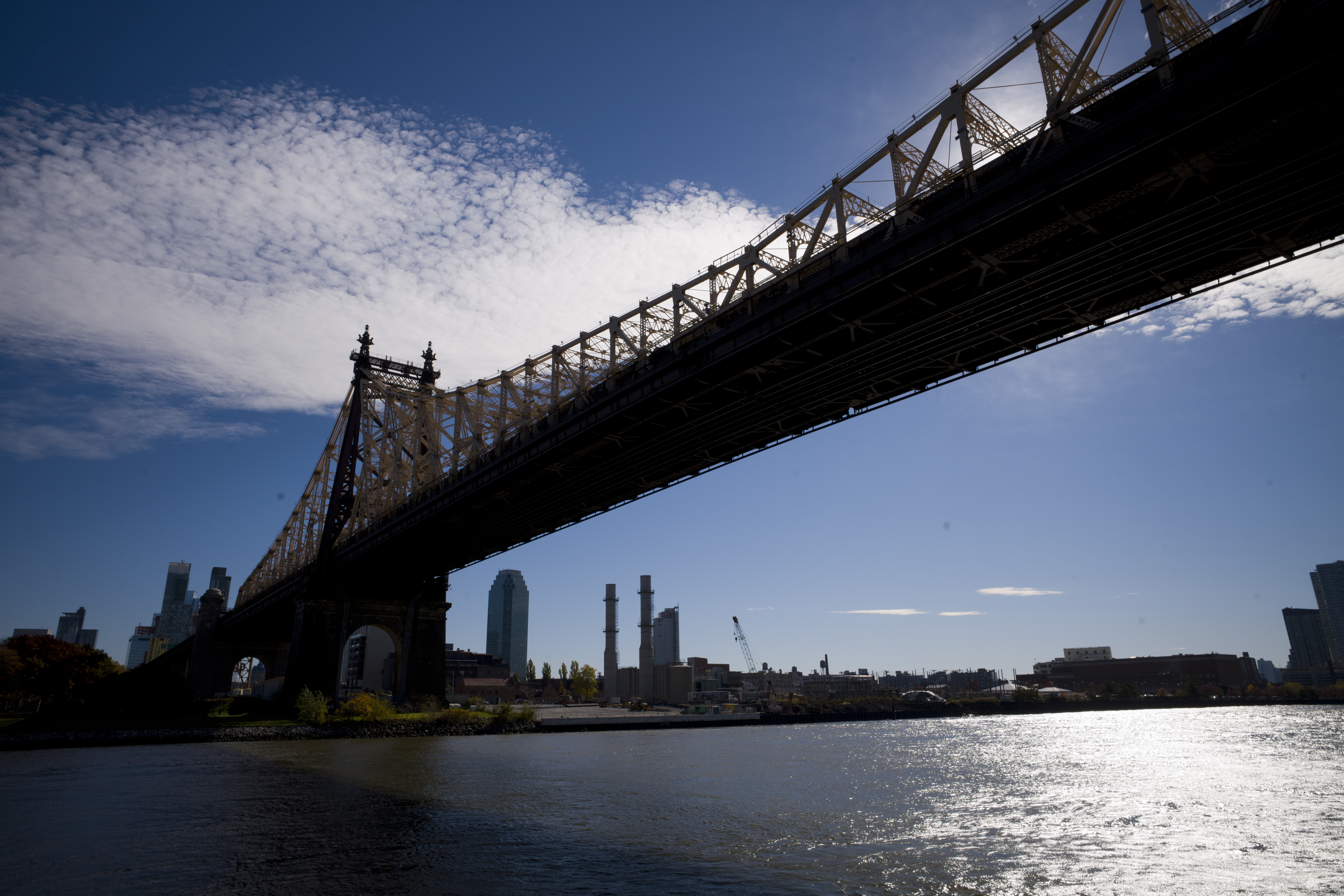 A strikingly empty New York City is the background of the 2007 Hollywood movie "I am Legend". Credit: Mark Lennihan/AP

A strikingly empty New York City is the background of the 2007 Hollywood movie "I am Legend". Credit: Mark Lennihan/AP

In the 2007 version, Smith plays a Manhattan-stranded US Army virologist handily immune to a synthetic cancer cure which has instead wiped out most of mankind and turned the rest into vampiric nocturnal zombies. Oops.

Dissanayeke adds that "Some diseases can cause you to become photophobic - scared of light - so that's possible," but McEvoy sums it up: "It doesn't sound very plausible, particularly the nocturnal-creatures stuff."

Director Steven Soderbergh had wanted to collaborate with screenwriter Scott Z Burns on a biopic of Nazi cinematographer Leni Riefenstahl, but instead went for the lighter topic of a pandemic. Equally wisely, they sought advice from the superbly-named Larry Brilliant, a TED-talking epidemiologist who had helped eradicate smallpox. 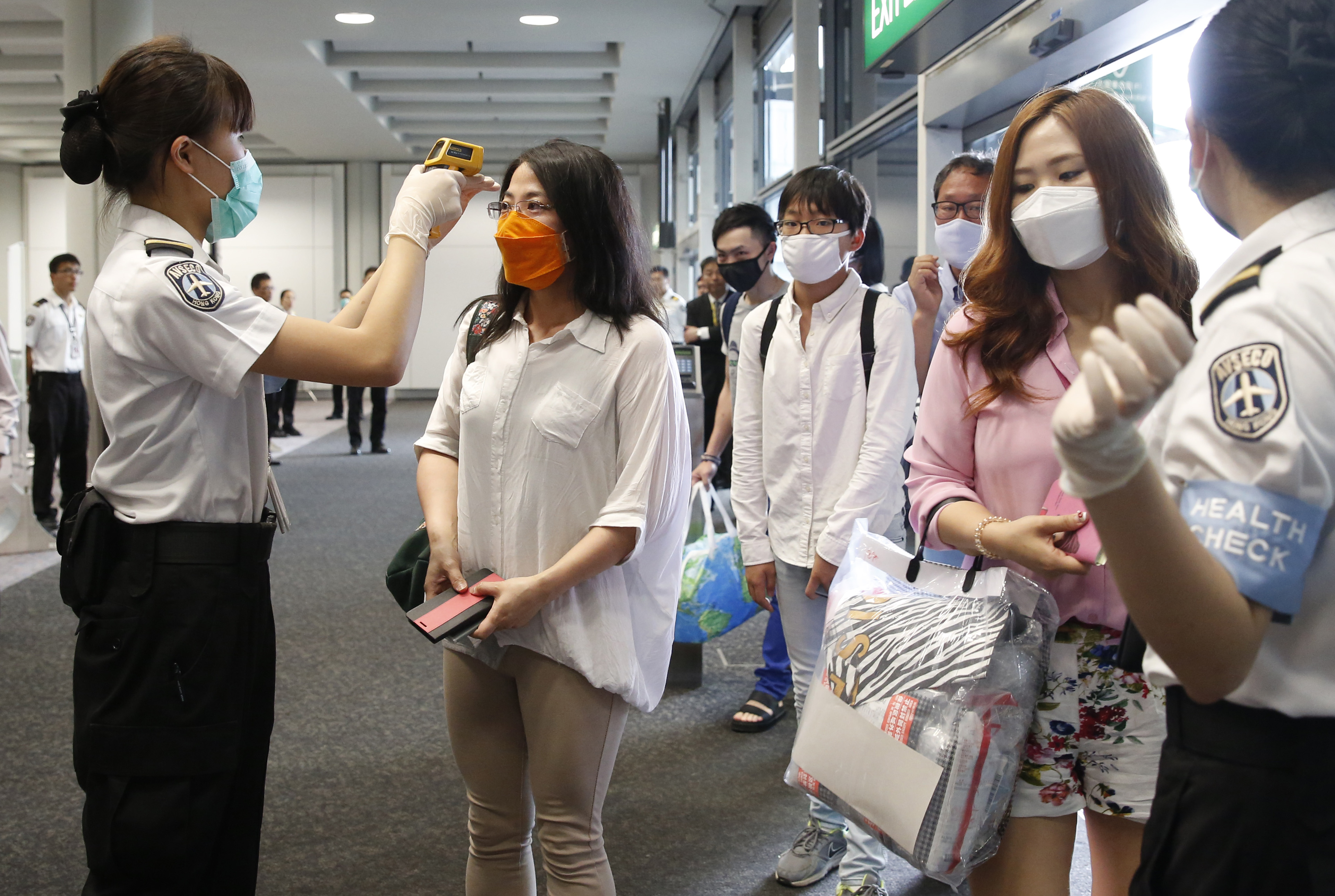 Between 2005 and 2015 the Asian continent was hit by menacing diseases of the likes of SARS - who killed hundreds - the birds flu and MERS. Credit: Kin Cheung/AP

Between 2005 and 2015 the Asian continent was hit by menacing diseases of the likes of SARS - who killed hundreds - the birds flu and MERS. Credit: Kin Cheung/AP

Drawing upon the 2003 SARS virus and 2009 swine flu epidemic, the multilinear plot examines not just the medical contagion but also the nature of panic: the tagline is "Nothing spreads like fear". Perhaps fittingly, the film was released days before the 10th anniversary of the 9/11 attacks.

Contagion is based on a viral rather than bacterial infection but is the plot plausible? Sadly so. Quoting "all sorts of very dangerous bacterial diseases that can spread rapidly," McEvoy gives it the "thumbs up". Dissanayeke even cites the worries from one of the outbreaks that preceded the film – "During the 2009 flu pandemic they thought this was something that could happen" – before naming the film: "I think this is Contagion." Full marks to the docs – and film-makers.

Baz Lurhmann's jukebox musical came out in 2001 but was set at the turn of the previous century in a Paris awash with art, culture – and tuberculosis. Also known as consumption and the White Plague, TB had come to be regarded as a "romantic" disease, one whose progress allowed sufferers to plan their demise while allegedly bestowing heightened artistic sensitivity and aesthetic purity: young female aristocrats whitened their skin and poet Lord Byron wrote "I should like to die from consumption."

In reality, TB was a horrible way to die. It still is: the World Health Organization estimates that a quarter of the global population is infected with the TB bacterium, and although only a small proportion develop the full disease, it still kills more than a million per year, usually those in developing countries: Overcrowding and malnutrition are contributory factors. It is spread by airborne contact, usually sneezing and coughing, with the bacteria settling into the victim's lungs, eating them from the inside until their lungs are filled with blood and they drown. Romantic? Perhaps not.

Still, Nicole Kidman is alluring as Luhrmann's doomed heroine, and the film's colour palette is an on-brand riot of post-Impressionism: as the New York Times review put it, "there are more volatile or seductive shades of red than even Toulouse-Lautrec might have dreamed of… the reds show more emotional range than anyone in the movie." But is the science believable? 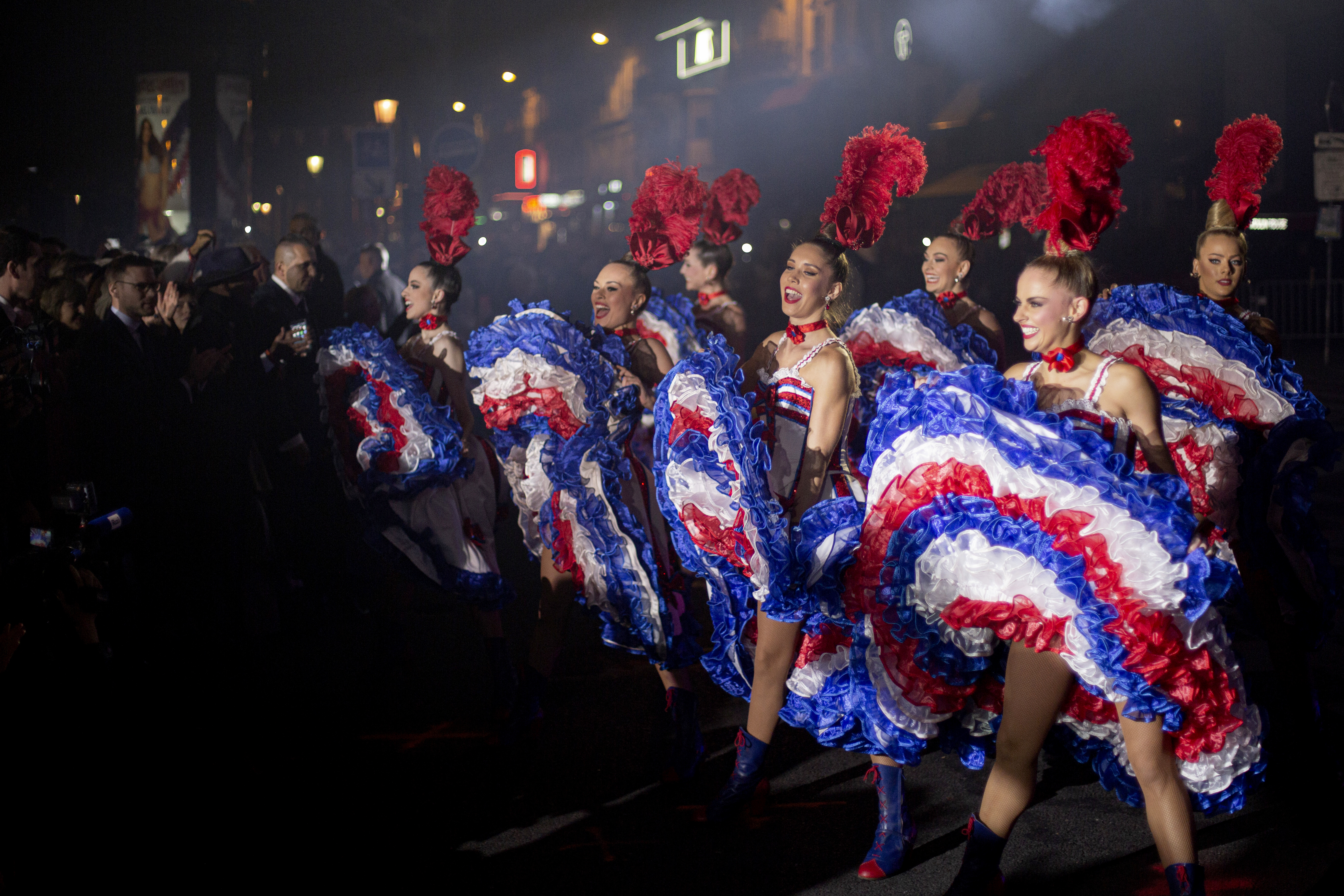 Given the skeletal plotline - "An English writer travels to Paris in the early 1900s, where he falls in love with a cabaret singer but their relationship is doomed by a mysterious disease that leads to her untimely death" – the medics agree that this is "the most plausible so far" (McEvoy). Dissanayeke notes that "there have been lots of mysterious deaths – HIV was initially a very mysterious death," but McEvoy nails the bacterial culprit: "I believe Parisian cabaret singers were very susceptible to TB – I'm gonna guess tuberculosis."

Parenting can often be unpleasant, but spare a special thought for those who have to watch their children die of diphtheria. Usually spread by airborne contamination – another for the old "coughs and sneezes spread diseases" refrain – the bacterial infection often causes the throat to swell up into a "bull neck" before travelling to the child's lungs, effectively suffocating them.

From the mid-1920s, fatality rates dropped quickly due to the widespread availability of antitoxins and vaccines. But in those early days, an outbreak had to be treated quickly – the incubation period is two to five days – and the serum was difficult to store. So when the small Alaskan town of Nome suffered an outbreak in January 1925, the doctor was forced to telegraph desperately for emergency supplies.

With the harbor icebound and aircraft in their fallible infancy, the serum had to be sent by a dogsled relay, with "mushers" desperately racing their canines against the clock. Conditions were brutal – in gale-force winds and temperatures below -50 degrees Celsius, several mushers suffered frostbite, one developed hypothermia, and another had to have hot water poured over his hands to free them from the sled's handlebar, to which they had frozen – but 20 teams of sled dogs covered 674 miles in 127 and a half hours. 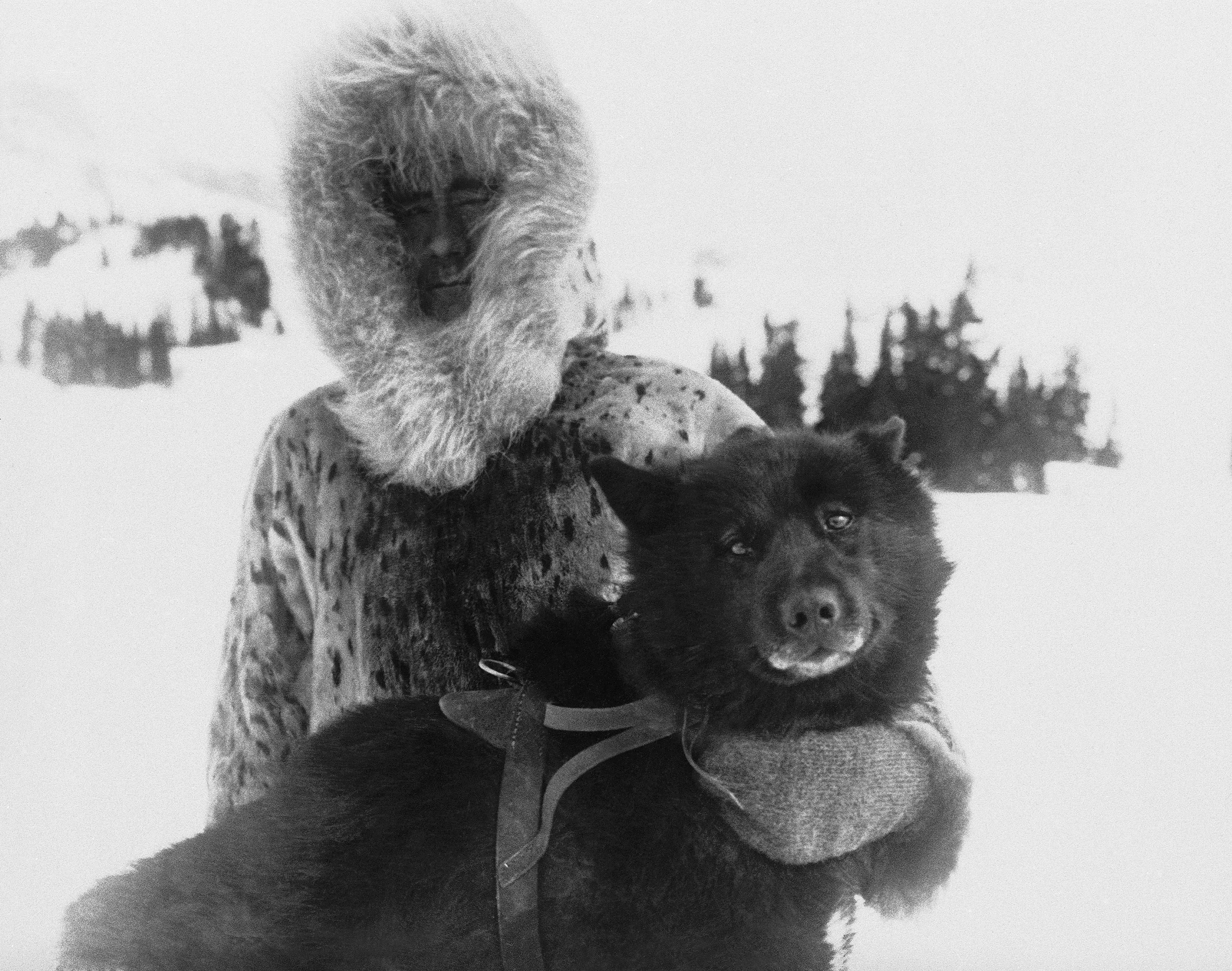 Gunnar Kaaser and dogsled team leader Balto completed the last run of the race that brought lifesaving serum against diphtheria to the infected children of Nome, Alaska in 1925. Credit: AP

Gunnar Kaaser and dogsled team leader Balto completed the last run of the race that brought lifesaving serum against diphtheria to the infected children of Nome, Alaska in 1925. Credit: AP

With the serum administered and the outbreak contained, this heroic team effort became focused on Balto, the lead dog of the last relay. He has a statue in New York's Central Park and his name was used for the 1995 animation which brought the story to a new generation (even if its release was overshadowed by Toy Story).

But would our scientists find it believable? Happily, both pronounce this true story plausible, with McEvoy noting "The cure presumably would be an antibiotic – we're quite good at curing bacterial diseases." Indeed we are, thankfully.

Tom Ray was a writer living an ordinary life when he was struck down with what he assumed to be food poisoning. However, after being violently sick he deteriorated rapidly: looking pale, feeling breathless and clammy, and showing symptoms of nausea and disorientation. Rushed to hospital, he quickly slipped into a coma as doctors struggled to understand why his blood pressure was dropping to dangerous levels, threatening to shut down his vital organs. Within days he had lost his arms, legs and part of his face.

Ray was suffering from sepsis, a condition in which the immune system overreacts to bacteria entering the body; he believes it was caused a couple of days earlier, when his dentist nicked his mouth and bacteria from a chest infection entered his bloodstream. People with a weakened immune system, such as the very young and old, have an increased risk of developing septic shock. Unless treated promptly with fluids and antibiotics, sepsis can lead to multiple organ failure; for every hour of delay, a patient's chance of dying increases by eight per cent.

Thankfully, Ray survived. He walks with prosthetics and his story has been made into the film Starfish. But would the lecturers call the story believable? 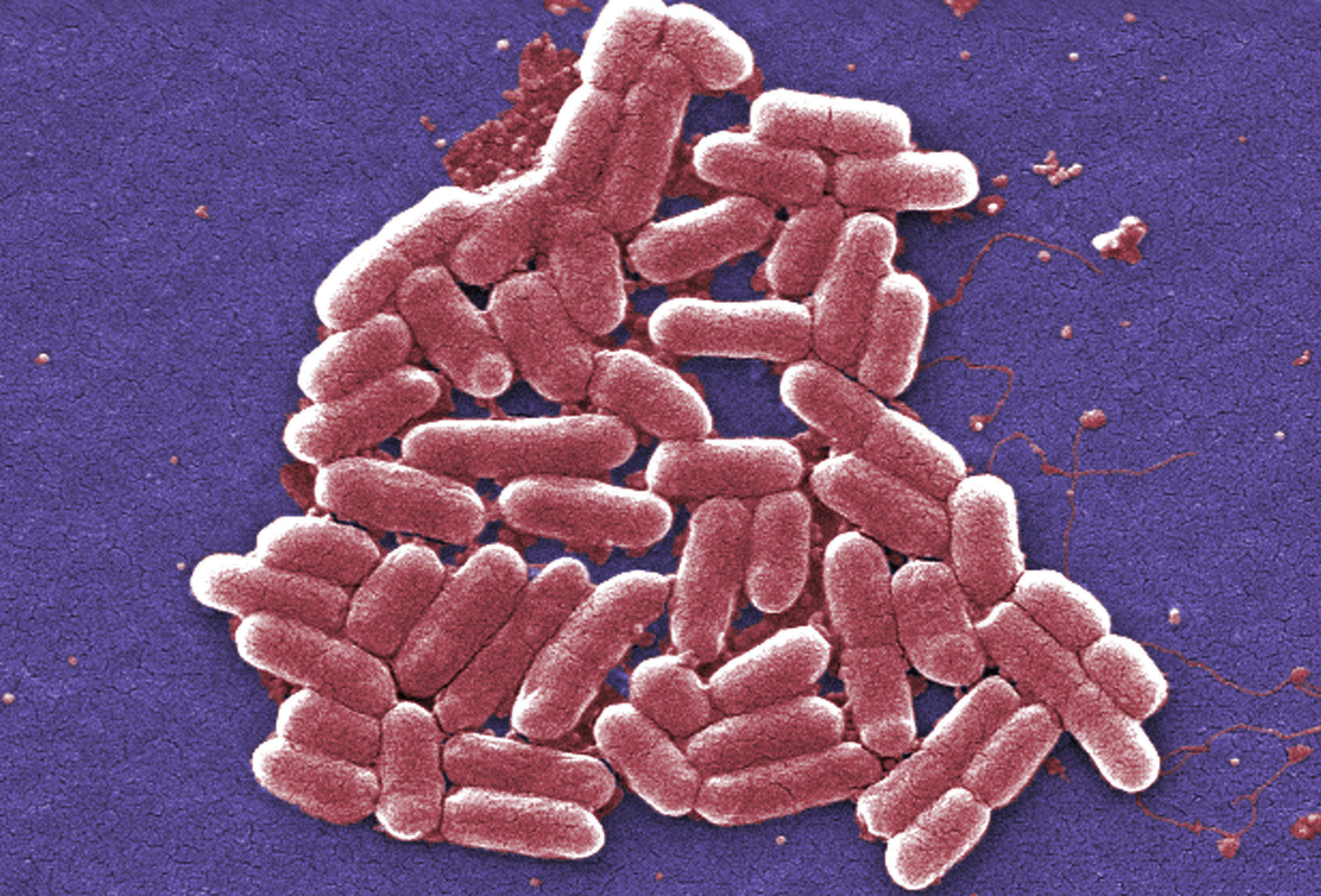 Bacterial infections are the most common cause of sepsis. Credit: AP

Bacterial infections are the most common cause of sepsis. Credit: AP

Dissanayeke immediately decrees it possible, noting that "meningitis can cause disease very quickly and you can have limbs amputated," but she's "not sure about the face." McEvoy again diagnoses the disease – "Sepsis can be very serious, it happens when bacteria get into the bloodstream" – but calls the plot "very gloomy" and says "I wonder what kind of film can be made about that."

It's a fair question: Starfish is heroic but harrowing and not so much entertaining as educational. Tom Ray now campaigns to raise awareness of sepsis in medicine and wider society. The European Society of Intensive Care Medicine calls sepsis "the most preventable cause of death and disability in Europe," where there are 678,649 annual deaths and a third of survivors die the following year. Humankind's battle with bacteria is not just fodder for Hollywood storyboards.