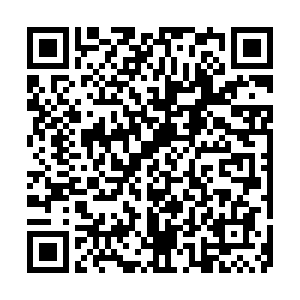 Scotland-born Mitch Hunter-Scullion was only 21 years old when he founded the UK's first and only asteroid mining company in 2016.

After completing his dissertation on asteroid mining at Liverpool Hope University, Hunter-Scullion looked at the state of the industry and realized that, while the potential for future growth was huge, very few companies were setting up with the intention of mining asteroids.

So he decided to fund his own company – and with no competition in his country and barely any in Europe, he called it the Asteroid Mining Corporation.

Now, Hunter-Scullion is developing the payload for the Asteroid Prospecting Satellite One (APS1) and expects that to be completed within 12 to 18 months and ready to launch in late 2021 or early 2022. What is asteroid mining?

Asteroid mining might remind some of the 1998 movie Armageddon, in which Bruce Willis's character was sent to drill a hole and drop a bomb in an asteroid to save the planet. But the type of asteroid mining scientists and entrepreneurs have their eyes on in 2020 is very different.

Through telescope observations and studies made on fragments of asteroids fallen on Earth, scientists have estimated there are trillions of dollars worth of precious metals and valuable raw materials within asteroids in Space.

Not only gold and platinum, but other less valuable resources that can be found within asteroids have potential for industry. Water and oxygen, for example, could solve the issue of how to keep space colonies alive and functioning without bringing all this material from Earth.

The challenge now is how to recover these materials.

How do you mine an asteroid?

The process of mining an asteroid is a lengthy one, involving intensive and thorough research and preparatory missions before the actual mining can start.

Hunter-Scullion explained how this complex operation works: "It's a three-phased approach: first you have to prospect the asteroid, you have to identify which asteroids are valuable and where they are, then you have to explore the resources within the asteroid that you identify as being economically valuable candidates for mining."

He added: "Once you have ground-proofed the resources within a particular asteroid, then you can look to actually sending a mining mission up. But that will take three missions before you're actually recovering any material from an asteroid."

Which countries are leading the charge in space mining?

Three years after Hunter-Scullion founded his company, the situation in the sector is not much different.

The most advanced companies are based in Japan, the US and, perhaps surprisingly, in Luxembourg.

"When it comes to legislative as well as technology and also financial backing, Luxembourg is by far the global leader for the sector," said Hunter-Scullion.

The legislation around asteroid mining still depends on what jurisdiction you are under.

"At the minute, in the United Kingdom there's no specific Space resources legislation. But if you were to be registered in the United States or in Luxembourg, then there's Space resources legislation, which is acceptable, which basically allows Luxembourgish or US Space operators the legal surety to operate and recover material from asteroids," explained Hunter-Scullion.

"But it's important to not conflate that type of operation with sovereignty: nobody actually will ever own an asteroid, you will only ever own the material you recover from an asteroid."

Cover image by JAXA via AP