The leaders of Cyprus, Greece and Israel have signed a deal to begin construction on a new gas pipeline in the East Mediterranean. 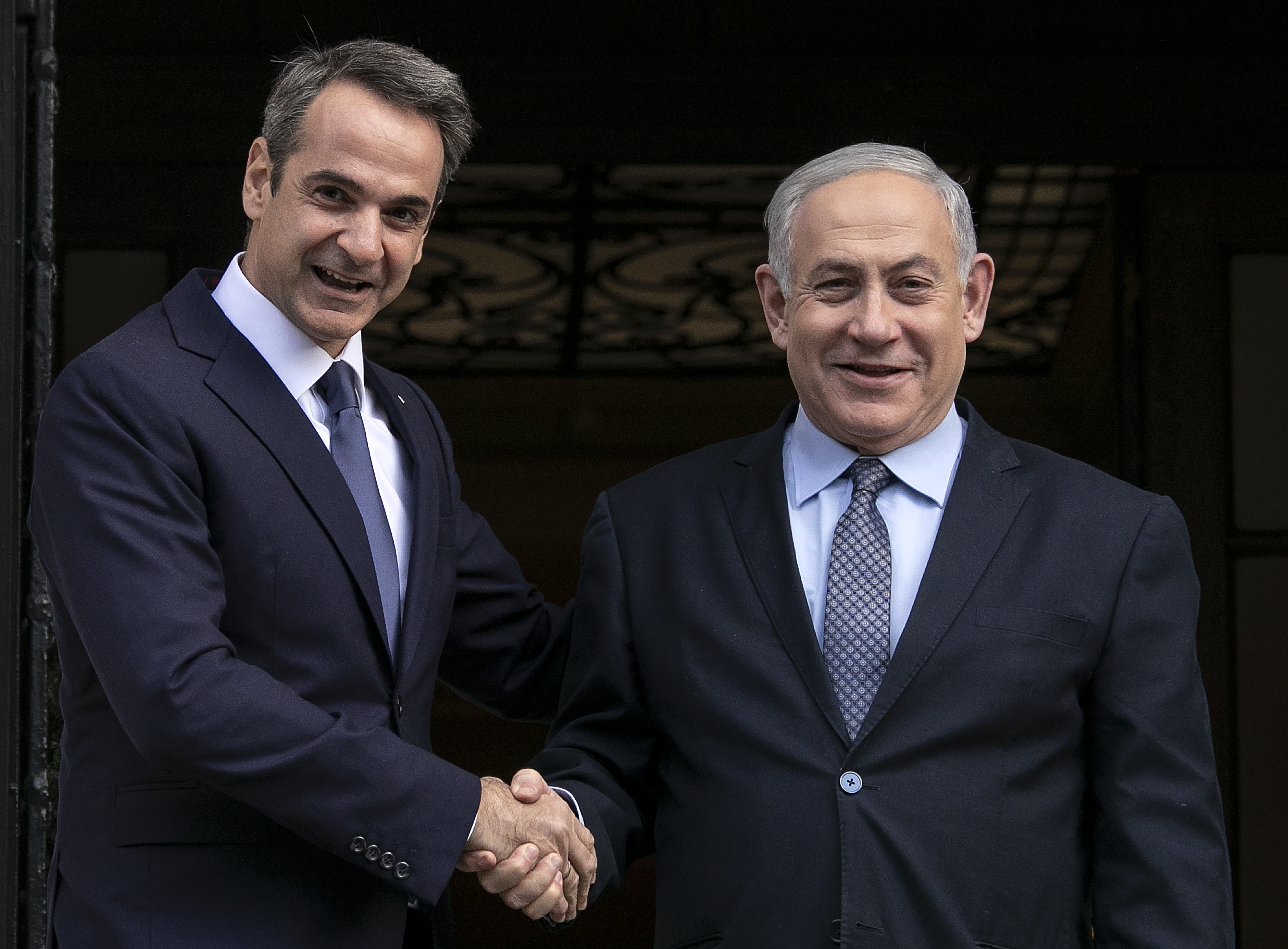 The EastMed Pipeline will carry natural gas from a newly discovered undersea field in the Eastern Mediterranean to European markets.

While Nicos Anastasiades, the president of Cyprus, alongside Kyriakos Mitsotakis and Benjamin Netanyahu, his counterparts from Greece and Israel respectively, have agreed the $6.7 billion project, it has sparked anger in Turkey.

The project will tap Mediterranean gas fields between Cyprus and Israel, but will then transport the gas west, through Greece and Italy, bypassing Turkey. Italian prime minister Giuseppe Conte is expected to sign the agreement at a later date.

The 1,900-kilometer route will be built by IGI Poseidon, a joint venture of Greece's state-owned supplier Depa and Italian firm Edison.

The deal – to be signed in Athens – has stoked tensions already building in the region. The Ankara government sees the project as part of a wider "game" to isolate it from European neighbors, with president Recep Tayyip Erdogan and his government accusing Cyprus and others of colluding to "imprison" Turkey and share the Eastern Mediterranean between other regional powers. 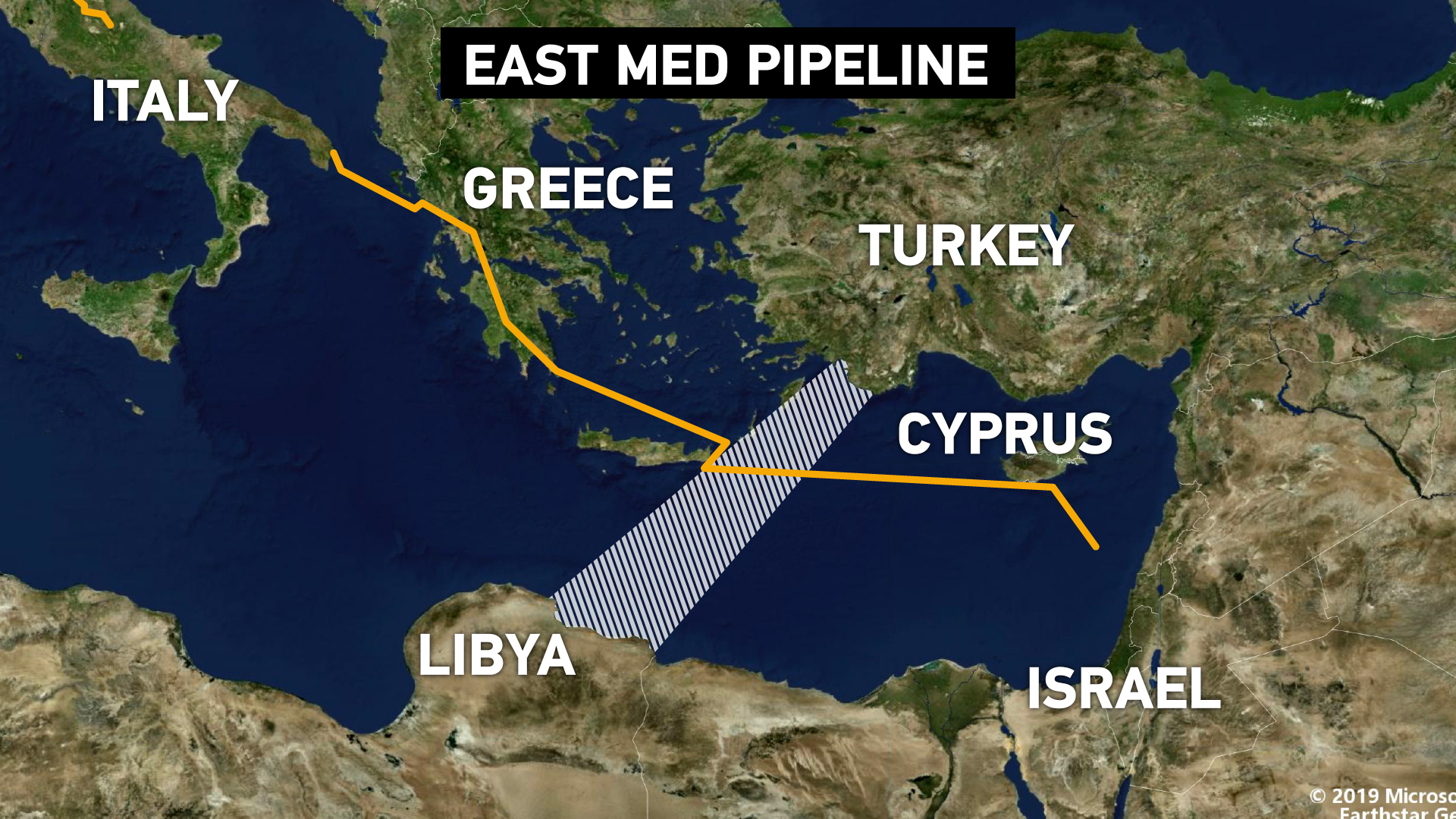 The yellow line shows the planned route of the pipeline, while the shaded area is the section of the East Mediterranean to which Turkey lays claim.

The yellow line shows the planned route of the pipeline, while the shaded area is the section of the East Mediterranean to which Turkey lays claim.

Greece's energy minister, Kostis Hatzidakis, called it "a project of peace and cooperation" despite Ankara's interpretation.

The pipeline plays into a wider issue between Greece and Turkey, which includes disagreement over the governance of Cyprus and the sea borders in the region.

Turkey has recently been sanctioned by the EU for sending exploratory drilling ships to Cypriot waters. Turkey's government does not recognize the Cypriot administration and supports the Turkish Republic of Northern Cyprus – which remains otherwise unrecognized internationally.

In a move connected to the escalating unrest in Libya, Turkey also agreed a sea border with the North African state, which Greece says ignores its island of Crete.

Turkey's vice-president Fuat Oktay said: "Turkey will not permit any activity that is against its own interests in the region. Any plan that disregards Turkey has absolutely no chance of success. Turkey is a nation that will not bow its head to threats or sanctions," according to the Anadolu news agency.

The EU said it supports the project, as it aims to diversify the supply of gas and fuel in Europe. 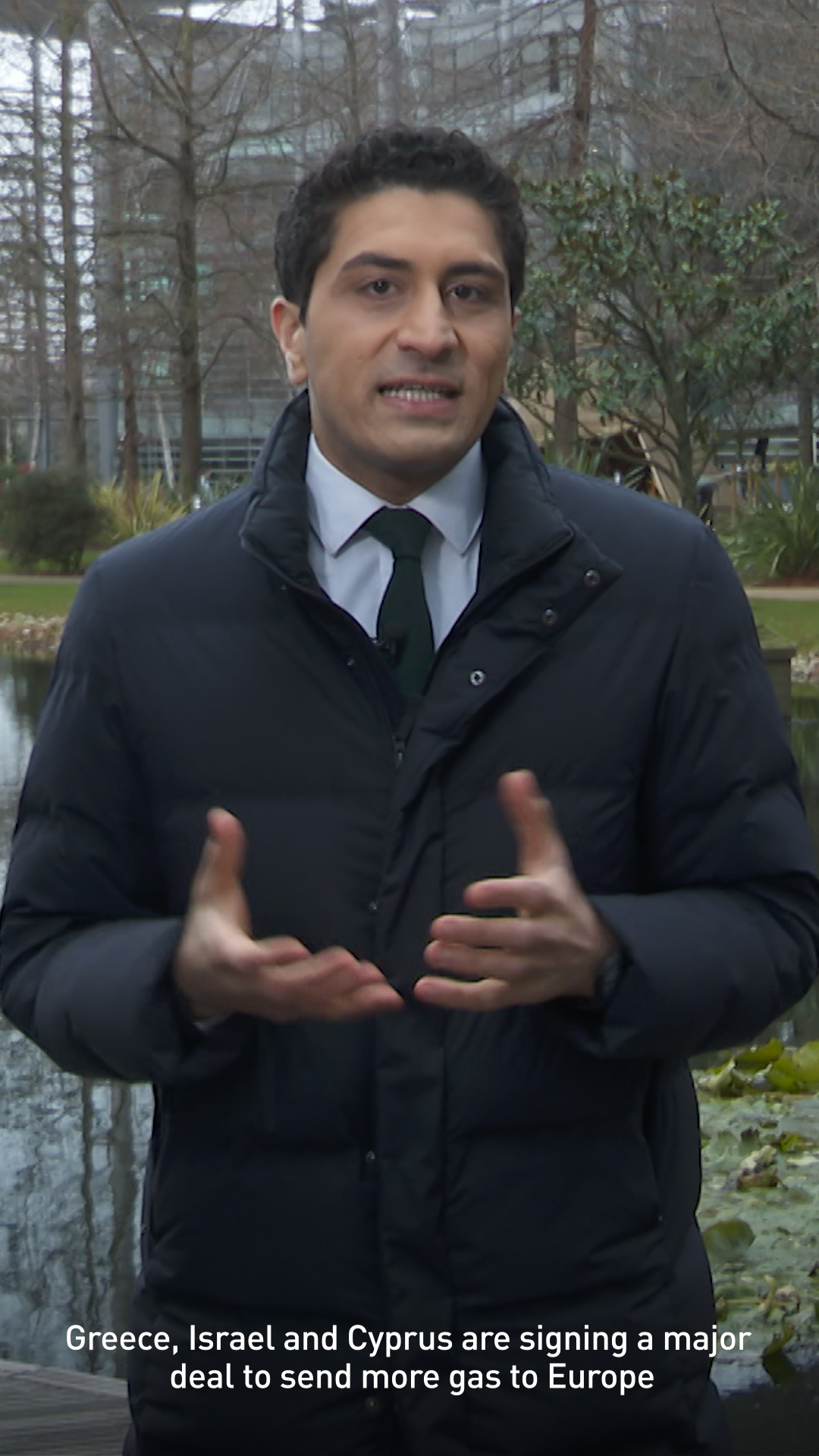