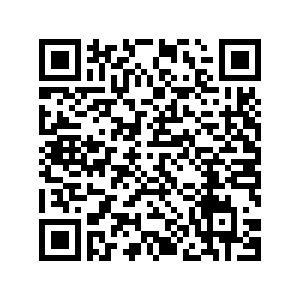 Bacterial infections were the most common cause of human death before the 1940s. Modern medicine has fought an impressive battle against these killers but the threat has not been completely erased. 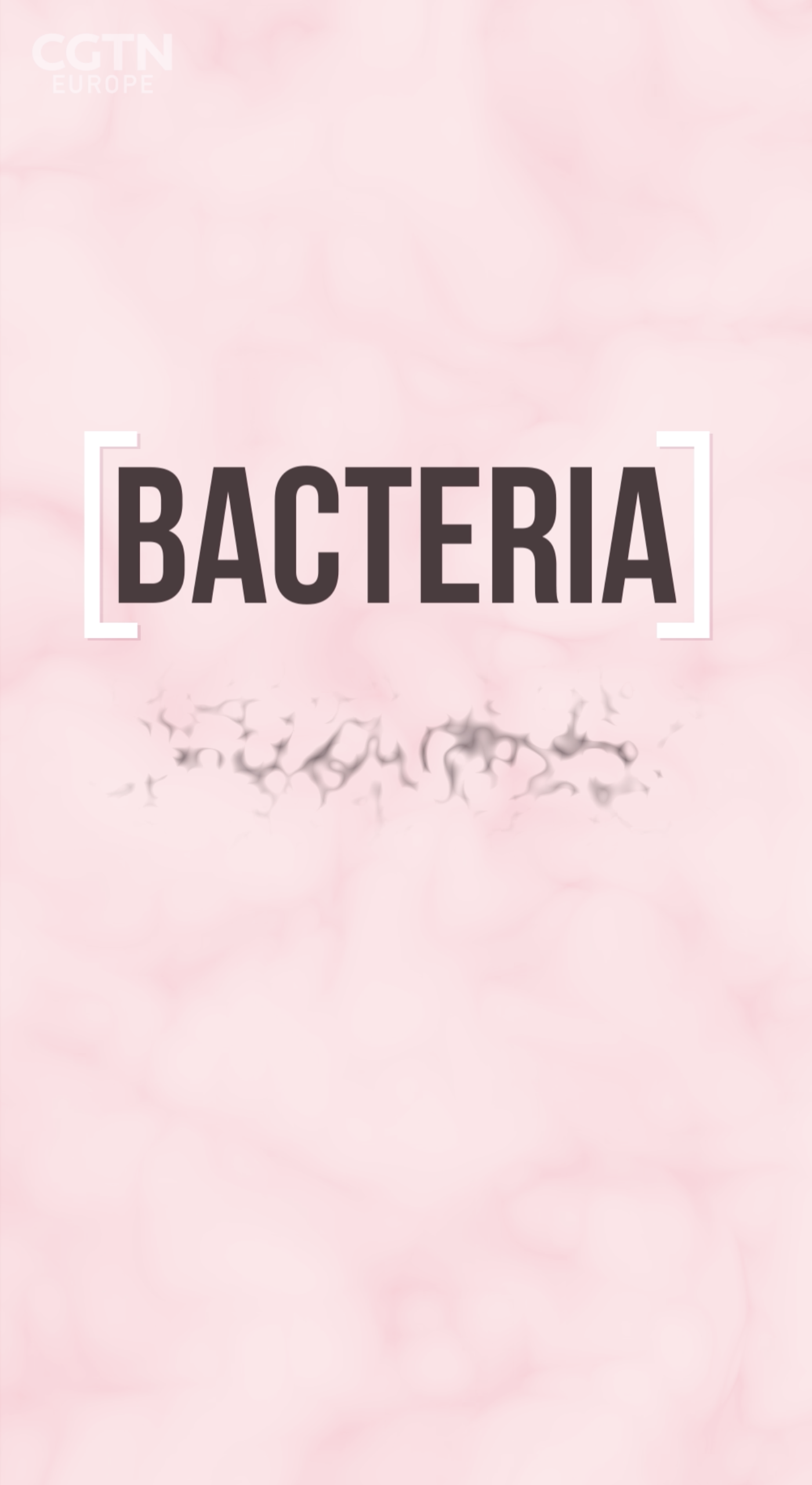 The names of the bacteria responsible for the deaths of millions of people in human history are mostly unknown, but the terrible diseases and suffering associated with them are well known. Bubonic plague, tuberculosis, cholera, diphtheria, syphilis, typhus, sepsis, tetanus and many more.

Despite their major impact on humanity, these diseases are scarce in the modern world and have almost been forgotten. The discovery of antibiotics and vaccines have allowed scientists and the medical profession to fight back and protect people from these diseases and in certain cases to eradicate them.

But it could be dangerous to forget how terrible these diseases used to be and how vulnerable we are against them, especially considering the current health threats sweeping the world including the rise of the "anti-vaxx" movement and the problem of antibiotic resistance by microbes.

These trends are bringing back diseases Europe had long consigned to the history books. 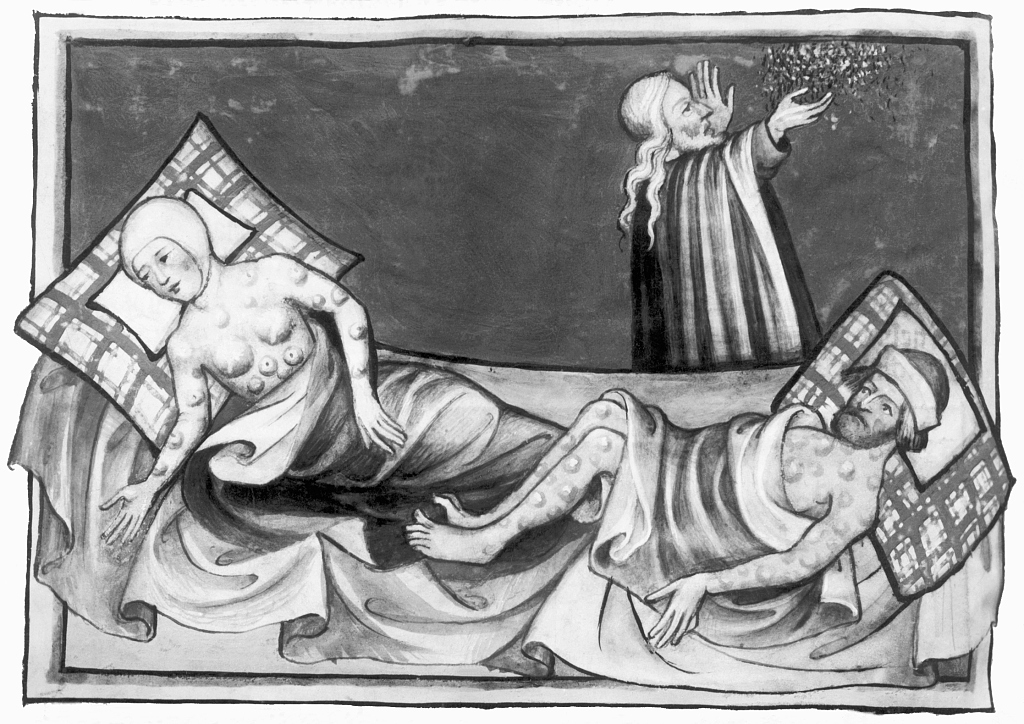 The Black Death's pandemic that spread throughout Europe between 1346 and 1353 is estimated to have killed one-third of the total world population at the time. (Credit: VCG)

The Black Death's pandemic that spread throughout Europe between 1346 and 1353 is estimated to have killed one-third of the total world population at the time. (Credit: VCG)

Indeed, these deadly diseases are key to understanding human history. The pandemics that swept our world for centuries contributed to the shape of our societies and culture – often playing a role in the rise and fall of political and economic systems.

The bubonic plague, caused by the bacterium Yersinia pestis and also known as "the Black Death," ravaged the Europe during the Middle Ages and is estimated to have killed 50 to 75 million people at its peak in the 14th century, equal to approximately 60 percent of Europe's entire population at the time and to one-third of the world population.

Those who survived benefited from the extreme labor shortage left in its wake. Lords had to create better, more attractive conditions for their workers and so they increased wages to guarantee someone could tend to their land. In some countries, such as Britain, the feudal system collapsed.

The power and influence of the Church also dwindled as people noticed that no amount of prayers could stop the disease from spreading and that it was not selective between sinners and the righteous, sweeping entire monasteries and disrupting church services in many areas.

To this day, TB has been responsible for the deaths of one billion people, a number that makes it the second biggest global killer in history after malaria.

At its peak in the 1800s, tuberculosis is estimated to have killed one in seven of all people who had ever lived.

Among the victims of tuberculosis are many famous names: the Brontë sisters all died of complications from the disease, as did fellow writers Edgar Allan Poe, Robert Louis Stevenson, Franz Kafka and George Orwell. music composers such as Poland's Fryderyk Chopin and the Italy's Niccolò Paganini were killed by it. And Eleanor Roosevelt, the wife of US president Franklin D. Roosevelt died from TB as recently as in 1962.

Despite its tragic toll, TB used to be quite a "fashionable" disease. Also called "the White Plague" or "consumption," tuberculosis was romanticized by the Victorians and deeply influenced the 19th century aesthetics.

The characteristic look attributed to the sickness – a ghostly pallor, extreme thinness, dilated eyes, rosy cheeks and red lips typical of the slow wasting away caused by the disease – became ideals of feminine beauty that still partly survive to this day.

And tuberculosis is not a disease of the past. The most recent data collected in Europe in 2017 found 55,337 reported cases of TB that year, with most cases recorded in Romania, where there is a widespread lack of trust in vaccinations. At a global level, 1.3 million people died of TB in the same year. 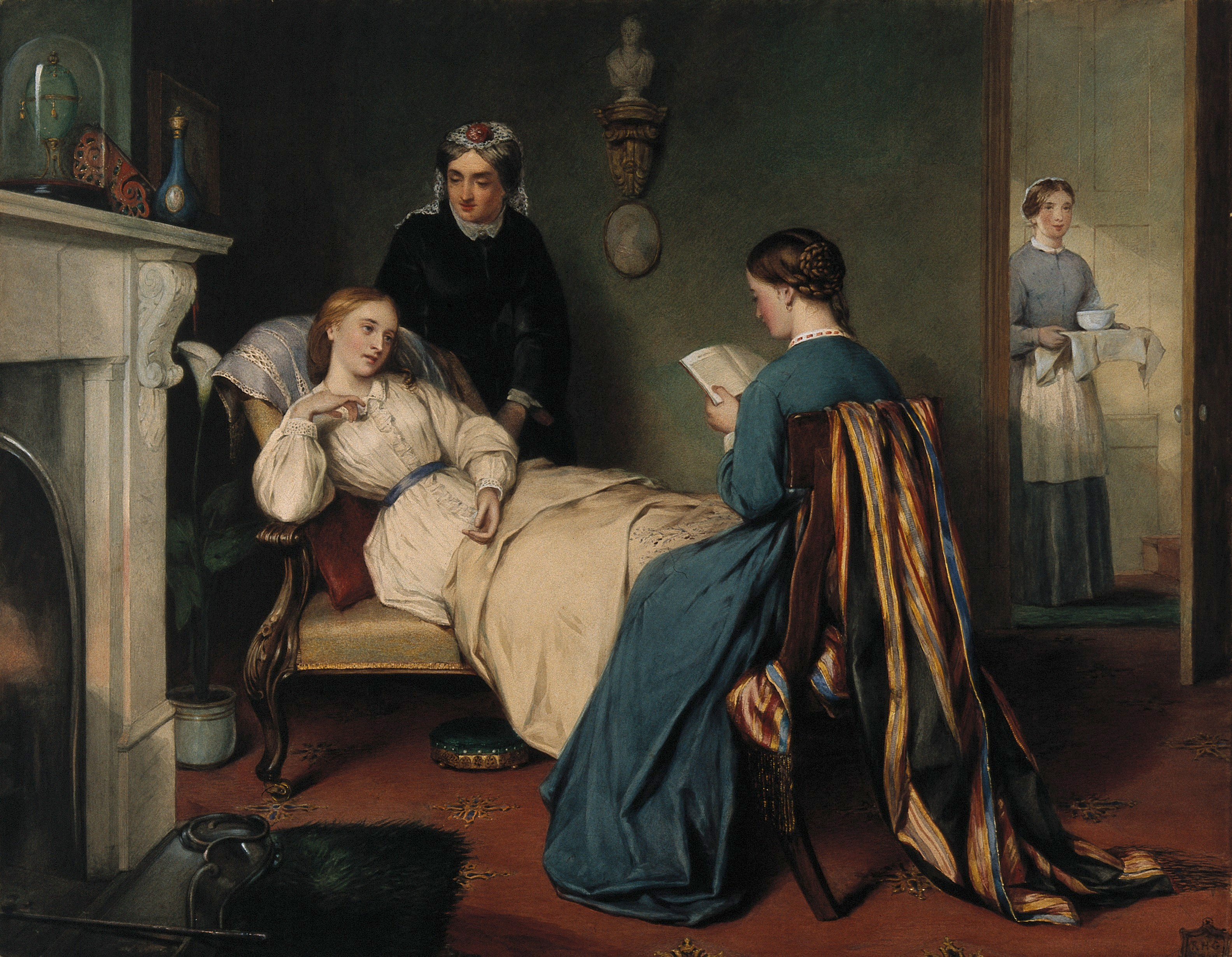 Depictions of sick young women were frequent in Victorian art and literature, in which tuberculosis often appears to bring loved ones to their untimely death. Credit: Wellcome Collection

Depictions of sick young women were frequent in Victorian art and literature, in which tuberculosis often appears to bring loved ones to their untimely death. Credit: Wellcome Collection

Bacterial pneumonia has also been significantly deadly in history. Although caused by a virus, the influenza pandemic of 1918-19 claimed 50 million victims, estimated to be around 5 percent of the world's population. The virus attacked the immune system, allowing bacteria naturally living in the throat to enter the lungs.

It was one of the deadliest epidemics in human history, infecting about 500 million people around the world. Governments in Germany, the UK, France and the US forbade papers to report the mortality rates over concerns this would affect morale among the troops, but data were available from neutral Spain – which is why the the pandemic was named "the Spanish Flu." 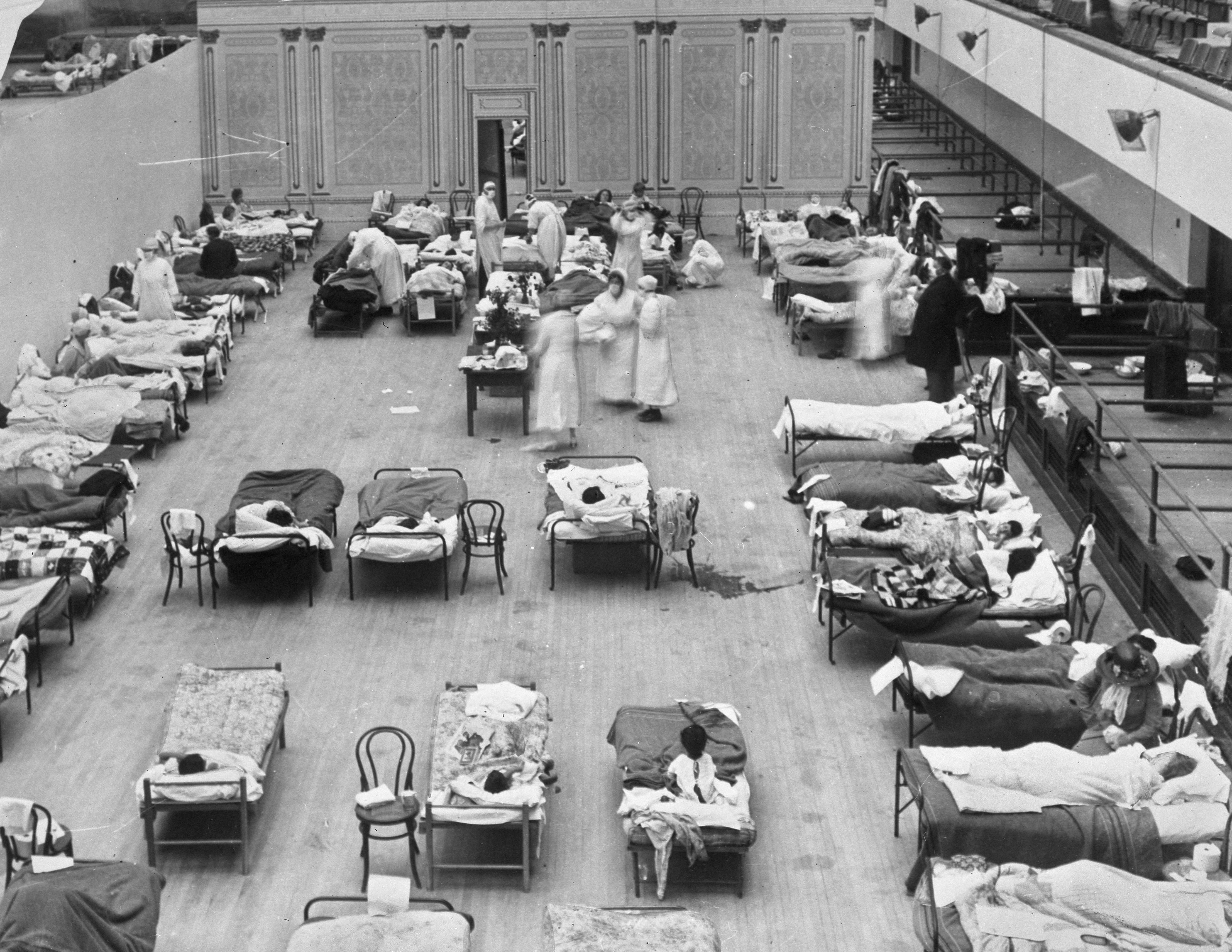 During WW1, the influenza pandemic called "the Spanish Flu" killed more people than the conflict. (Credit: Edward A. "Doc" Rogers/Library of Congress via AP)

During WW1, the influenza pandemic called "the Spanish Flu" killed more people than the conflict. (Credit: Edward A. "Doc" Rogers/Library of Congress via AP)

Just below the death toll of bacterial pneumonia we find the one for cholera. Also called "the Blue Death" and originating from the bacterium Vibrio cholerae, cholera is estimated to have killed up to 40 million people over the course of seven deadly pandemics that started in 1817.

According to scientists, the latest pandemic is still ongoing and, although Europe registered only 26 reported cases in 2017, cholera still causes around 30,000 deaths a year across the world.

The disease was raised to literary fame by writer Gabriel García Márquez who made it the mute protagonist of his novel Love in the Time of Cholera – possibly the only time this horrible infection of the intestines that causes death by dehydration after inflicting severe diarrhoea was romanticized in any way. 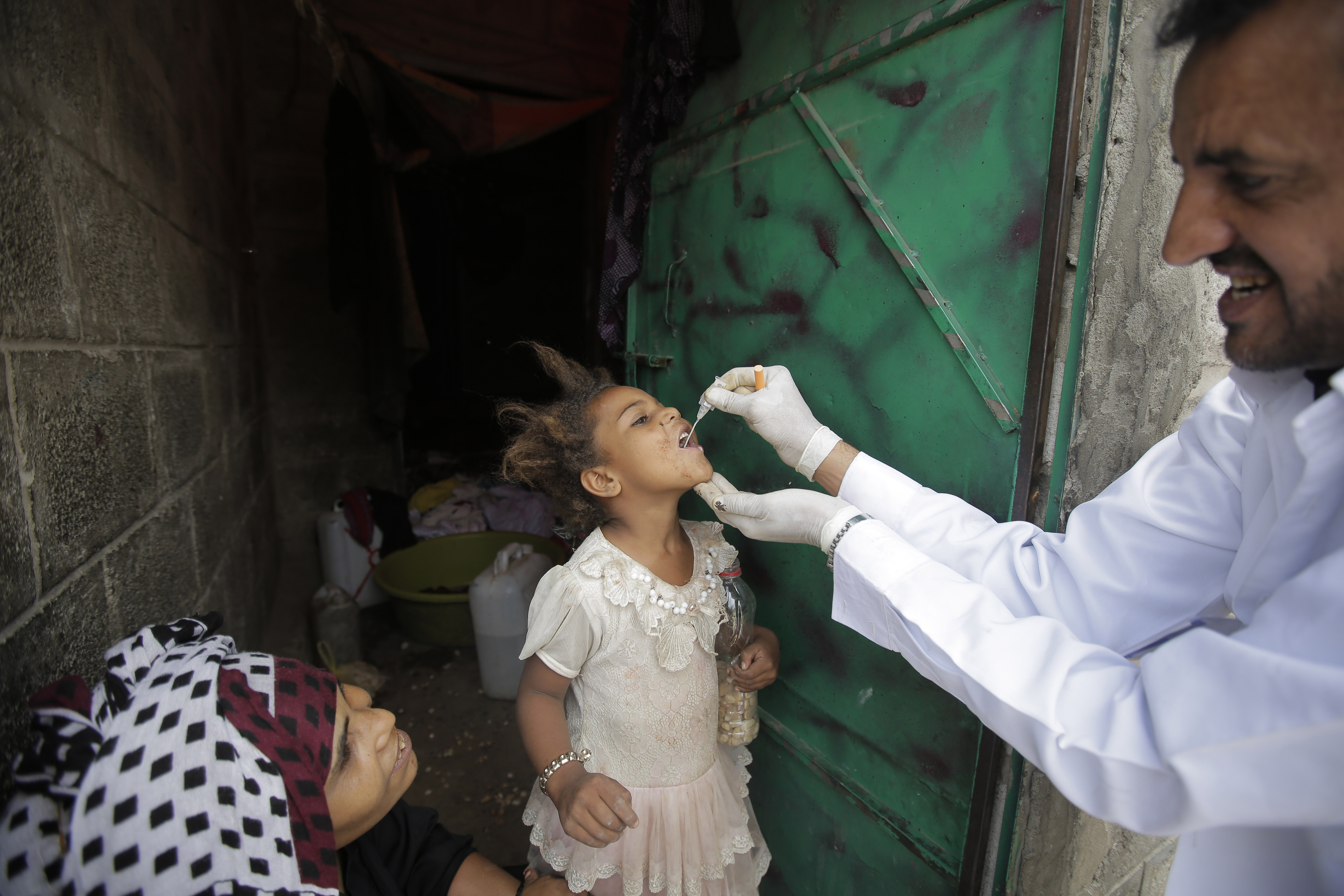 Deaths caused by Syphilis are the most difficult of the historical bacterial diseases to estimate as most deaths remain unrecorded. The first documented outbreak of this disease caused by the bacterium Treponema pallidum was reported in 1495 among the French soldiers invading Naples on behalf of Charles VIII. From there, syphilis spread quickly to the rest of Europe.

In parts of Germany and England the disease was awarded the nickname "the French disease" but the French were quick to blame the Italians, naming it "the Neapolitan disease." The symptoms were particularly painful and unpleasant, including genitals sores, ulcers, abscesses and disfigurement in its later stages.

Early treatments could be even more damaging – before the discovery of penicillin, syphilis was cured with mercury ointment. If the patients didn't succumb to the disease, they would probably die of mercury poisoning.

Syphilis was particularly feared because of what it revealed about its victims: as a sexually transmitted disease, it was accompanied by social stigma and could uncover infidelity, intrigues and hypocrisy.

We can estimate that millions who contracted it did their best to hide it.

Recent studies have suggested that Henry VIII's difficulties in producing a healthy heir could be connected to syphilis. The disease, which would have been transmitted from the king to his wives, is known to cause stillbirths, premature births and early infant deaths.

In the 18th and 19th centuries, for some – poets, painters and artists in general – syphilis contributed to building up the reputation for a more interesting character, as in the case of the Italian adventurer Giacomo Casanova, the Earl of Rochester and French writer Guy de Maupassant. This last one even gladly welcomed the disease when he contracted it in his youth and wore it as a badge of honor before this led him to die a horrible death in a private asylum in Paris, tormented by paranoia and hallucinations caused by syphilis. 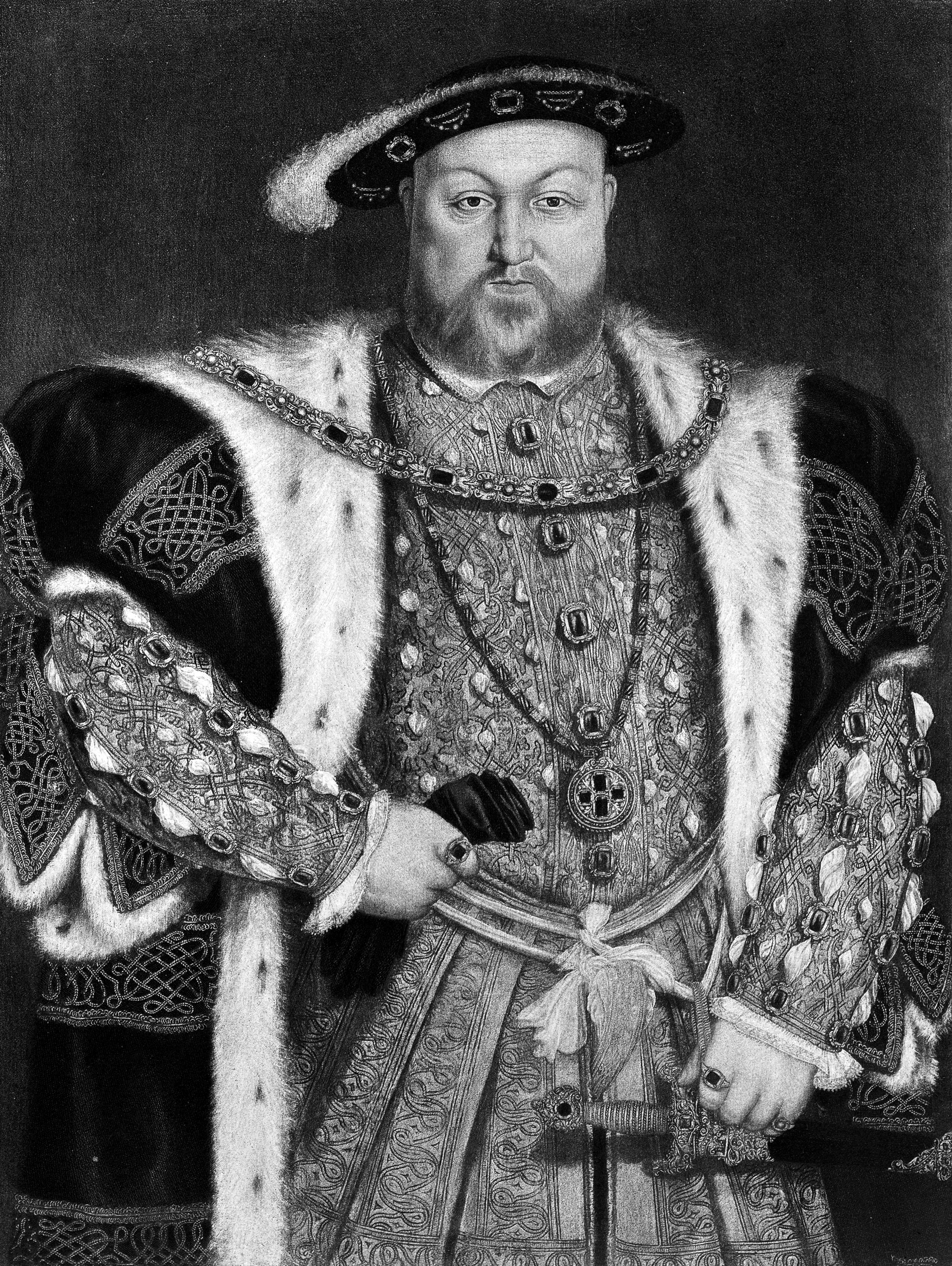 Another bacterial disease that marked human history was diphtheria. Before the advent of vaccinations, "the Children's plague," as it was also known, was fatal in up to half of cases.

This airborne infection of the lungs caused by the bacterium Corynebacterium diphtheriae was first recorded as early as the 5th century and it was especially deadly for children aged under five years. Desperate parents looked on, powerless while their children wheezed and gasped for air before being slowly suffocated by the disease.

Since the introduction of the diphtheria treatment in the 1920s and later a vaccine for infants at six weeks of age, diphtheria rates practically disappeared across Europe and North America and cases were significantly lower around the world.

The medical achievements made since the late 1800s have allowed people to survive infections that used to kill in the millions and these deadly diseases are no longer death sentences for those who contract them.

However, many areas of the world are still vulnerable to bacterial disease and the odd case still occasionally appears in the Western world. According to the World Health Organization, cholera still causes 21,000 to 143,000 deaths worldwide.

There are still around 1,000 cases of bubonic plague reported each year. Syphilis has largely lost its stigma and is routinely tested for and treated in family planning clinics across the world. Thanks to a comprehensive vaccination drive by the World Health Organization (WHO) since the 1970s, parents very rarely have to watch their children die of diphtheria.

Meanwhile, humanity's fight against deadly diseases continues as our knowledge of bacteria moves into the realm of gene editing and AI.