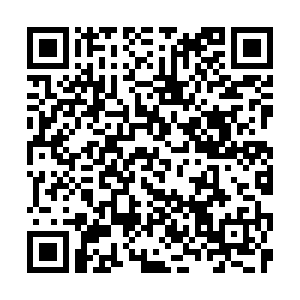 How does the EU budget compare?

Each year, the EU sets a budget to assist member states. In 2020 it will be $188 billion – which seems like a lot, but compared with national budgets of member states and with populations taken into account, it is not so much money. For example, the UK will spend $1.1 trillion nationally in 2020, between 66 million people; the German federal government will spend $406 billion among 82 million citizens; and the Polish state will spend $113.21 billion for 37 million people.

In that context, $188 billion for a population of 512 million seems like a pittance.

How is the money raised?

The largest is contributions from member states, which are calculated from each state's Gross National Income (though it cannot exceed 1.2 percent of the GNI).

Another source from member states is VAT-based "own resource." This is a generic rate of 0.3 percent of member states' VAT income each year. Some nations do pay a little less, notably Germany at 0.15 percent. But Germany does still contribute the most each year overall, so the lower rate does not always indicate smaller contributions.

Finally, "traditional own resources" refers to customs duties on imports from outside the EU. Before the EU, states would collect these taxes for themselves. But as part of bloc membership, 80 percent of the EU-set import taxes are sent to Brussels, while 20 percent is retained by the member state to cover collection costs. 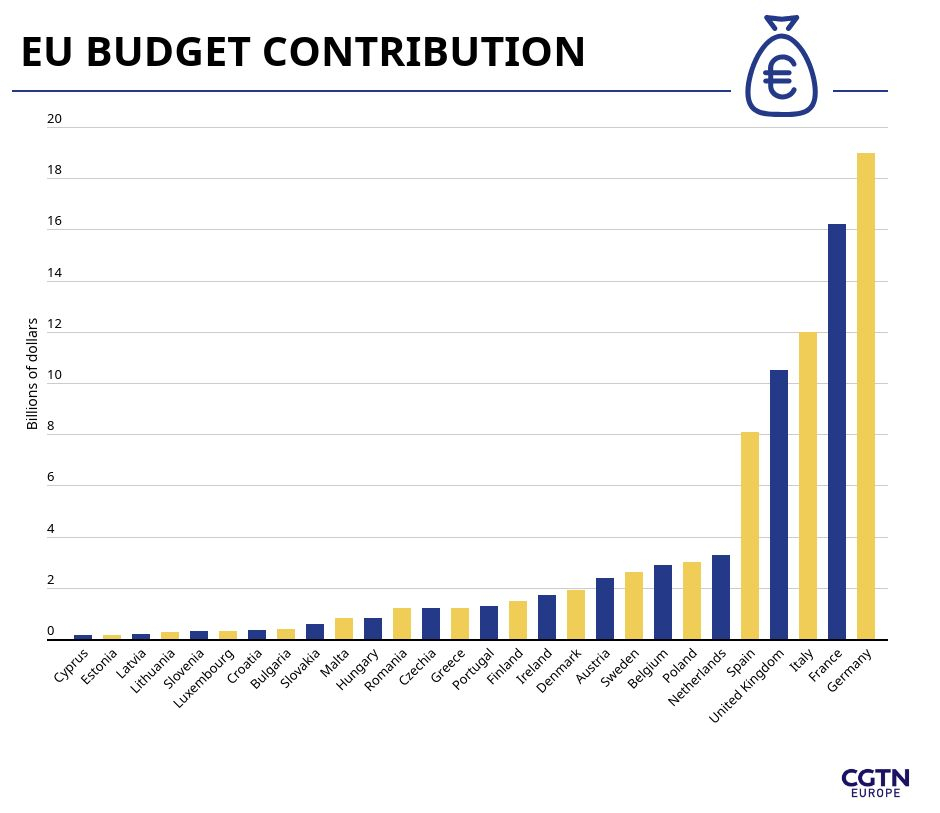 How is the money spent? 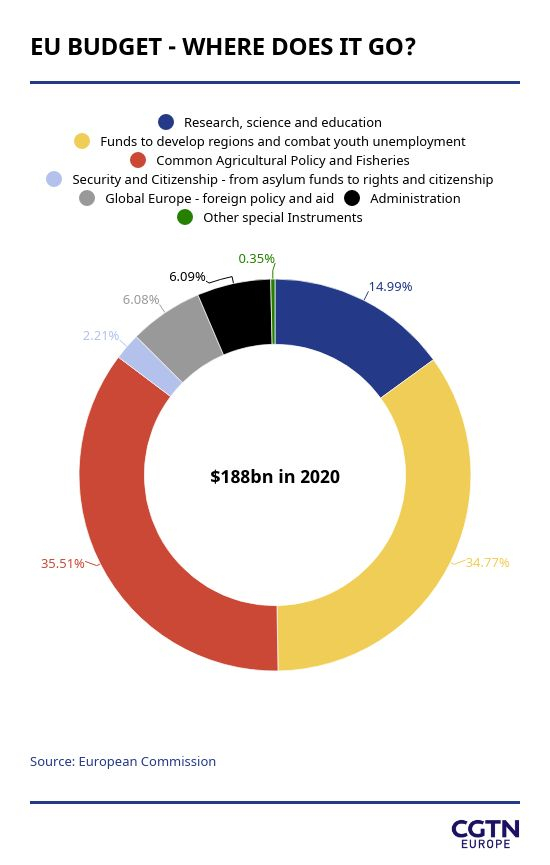 The money is spent on seven broad areas, which can be a bit difficult to understand at first. Here's a breakdown of the main programs under each heading:

Competitiveness for growth and jobs - Research, science and education; such as Eramus+, Horizon 2020, and the The GALILEO program. $28 billion.

Economic, social and territorial cohesion - The European Regional Development Fund and the Youth Employment Initiative; which are both attempts to make member states more equal by developing areas in need of financial assistance. $65 billion.

Global Europe - The Common Foreign and Security Policy and the provision of humanitarian aid around the world. $11 billion.

How is the EU budget agreed?

The EU budget process for 2020 started in February 2019 – and it was only given final approval by all branches of the bloc's government in late November. The 10-month timeline may seem extraordinary, but it ensures member states (through the European Council) and Members of the European Parliament can have their say and agree on how the European Commission will act and what it will prioritize over the next 12 months.

Starting early on, the member states' ambassadors agree on their guidelines for the upcoming year's expenditure and revenue. These guidelines are used by the European Commission (which is essentially a civil service for the EU) when it prepares its proposals. For the 2020 budget, one key notion for the Council was predictability – making sure members' contributions were understood, to avoid over- or under-budgeting.

Between March and the end of May, the Commission draws up its proposed budget. It submits this first draft to both the Council and the European Parliament.

In early July, the Council then "establishes its position." In basic terms, this means representatives from the government of each member state agree to proceed with the draft budget written by the Commission. This gives the presidency (the country chairing the Council, on a rotating basis) its mandate for negotiating with the Parliament.

By September, this draft budget and Council "position" is sent to the Parliament (EP). The EP then has 42 days either to approve the budget or send it back with amendments.

If amendments are sent back (like they were in 2019), a Conciliation Committee is set up. This committee is given 21 days to reach an agreement between the Council and the Parliament.

When the two arms of EU government come together in agreement, a joint text is produced. However, if the conciliation process fails, the EU goes all the way back to stage two and the Commission must write another proposal based on the Council's guidelines.

Moving into October and November, depending on when a joint text is produced, the Parliament then has 14 days to pass the budget into law. If it passes smoothly, the new budget comes into effect January 1.

But if there's another hold-up, or no budget is agreed on, there is a plan for that too.

If there is no new budget agreed by 1 January, the "system of provisional twelfths" is put in place. It sounds complex, but luckily it's actually quite straightforward.

Each month, 1/12 of the previous year's budget is allocated until a new deal between the Council and Parliament is reached.