Ninety years on, the young journalist and explorer remains famous around the world.

But while his story has taken him from the Congo to the Moon, it is in Brussels where Tintin and a regular cast of characters, first came to life as the creation of George Remi, who worked under the pen name Hergé.

He was first drawn in 1929 for a Belgian newspaper – but Hergé went on to create 24 books detailing the Adventures of Tintin, set during the 20th century. They became among the most popular European comics ever.

It seems like every corner you turn in Brussels, there is Tintin – in a shop front, a museum or even on a wall... where he can be seen following his dog Snowy and Captain Haddock down the stairs: 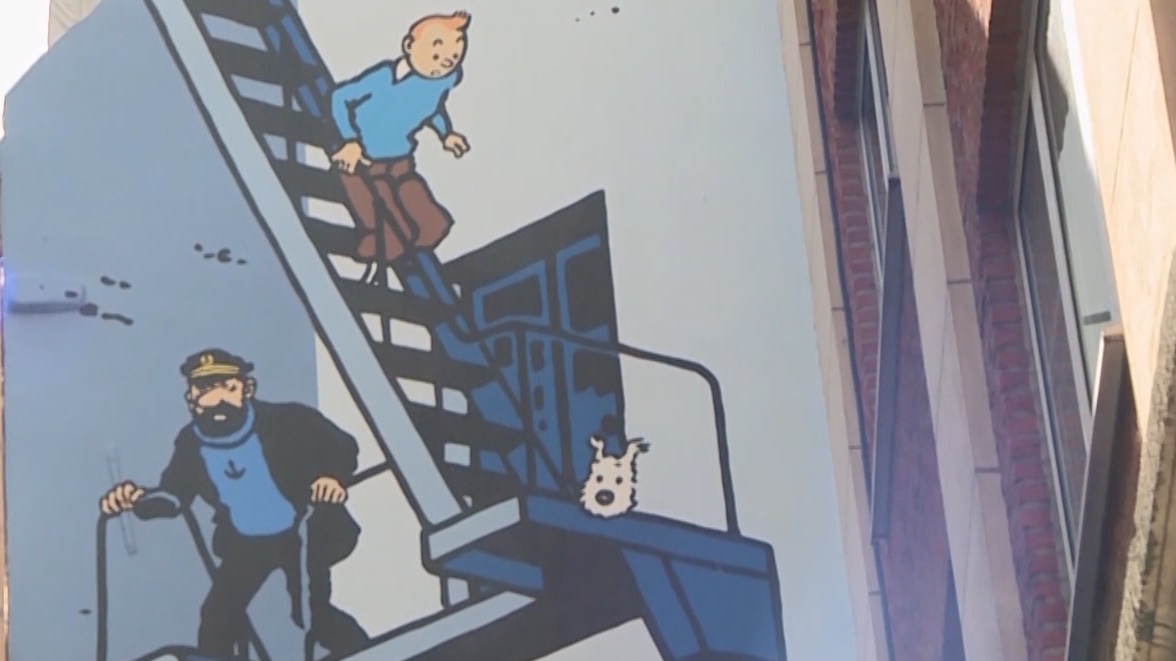 This mural is painted on a building in Brussels

This mural is painted on a building in Brussels

But Hergé's influence is not just found in art, it is in the fabric of the city – such as the Jeu De Balle flea market, which inspired The Secrets of the Unicorn. The market, much like the comic book, captures the hustle and bustle of the Belgian capital.

Van Achter says the character remains popular around the world but still retains his Belgian roots.

Hergé's comics about the intrepid explorer and his faithful dog can now sell for millions of euros. But despite his fame and popularity around the globe, it is in Brussels where the character of Tintin was formed, and where Hergé's creation lives on.