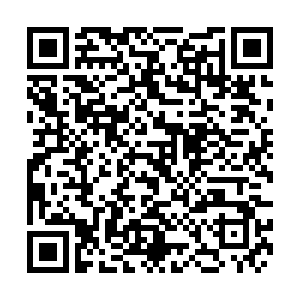 Dogs wearing festive costumes and their owners marched in Madrid on Monday to demand greater prison sentences for those who abuse animals.

With a jazz band providing entertainment, they took off from the starting line in the city center and headed to parliament.

"[I am here] to fight against animal cruelty and to try to get the law, little by little, to become harsher so they [animals] are more protected," said Mar, who took part in the march.

For Belen, another animal lover who was there, dogs "are not toys, they are beings that feel and love us and everyone must be made aware that they are part of the family."

Nacho Paunero, the head of El Refugio, a charity for the protection of dogs and cats, called on lawmakers to toughen up laws on animal cruelty.

"Hundreds of dogs and people are enjoying [today] with a common cause: that cruelty towards animals is punished with greater prison sentences in Spain because at this point punishments are light."

In Spain, the maximum punishment for animal cruelty crimes is an 18-month prison sentence.

But El Refugio says perpetrators can avoid time behind bars because prison sentences of up to two years do not have to be served in Spain.

Activists want the jail term to be increased to two years and one day.

In the past, El Refugio has also used the march to demand that dogs have access to public spaces such as beaches and parks and also that they be allowed to ride on public transport.